Amber Rudd (pictured outside Downing Street) signed off on the deal to let a foreign firm make Britain’s new blue passports without knowing who had won the contract, it was claimed last night

Amber Rudd signed off on the deal to let a foreign firm make Britain’s new blue passports without knowing who had won the contract, it was claimed last night.

The Home Secretary rubber-stamped the decision which, according to her department, would have assessed the bidders anonymously.

This gave the green light to Gemalto – a European firm listed on the French and Dutch stock exchanges – to win the £490million contract over UK company De La Rue.

The Home Secretary, who fought for Remain during the referendum, would not have been given the names of the companies when she was asked to approve the decision. Instead they would have been presented as bidders 1, 2 and 3.

Gemalto won the race to make the post-Brexit passports with a bid that was £120million less than De La Rue – saving taxpayers just £12million a year over a decade.

The final decision sparked a huge backlash yesterday – and triggered gloating from the Dutch prime minister.

The Home Office announced last year that it was tendering for firms to make the travel documents from 2019. They will be blue and gold, instead of the EU’s burgundy.

Under EU rules, the Government could not favour a domestic firm – although other countries have cited security concerns to circumvent this.

The UK process was a ‘blind tender’, so ministers did not know which firm submitted each bid. Initially, the Home Office put the contract out to tender with detailed specifications.

But can we trust firm that was hacked ‘by UK spies’?

The European firm chosen to make Britain’s new passports was targeted in a ‘sophisticated’ hack linked to British spies.

Experts last night expressed security fears as ministers prepared to hand Britons’ personal data to Gemalto, which was subjected to web raids attributed to the US National Security Agency and GCHQ in 2010 and 2011.

According to documents leaked by Edward Snowden, the former NSA contractor, the cyber attack was aimed at stealing encryption keys that could unlock the security settings on millions of mobile phones to allow surveillance.

Gemalto is one of the world’s biggest makers of phone SIM cards and will likely be behind the manufacture of biometric smart chips for the new passports.

Home Office sources say that although the personal information pages of the new passports will be printed in the UK, Gemalto will still have access to and be responsible for storing Britons’ personal data. 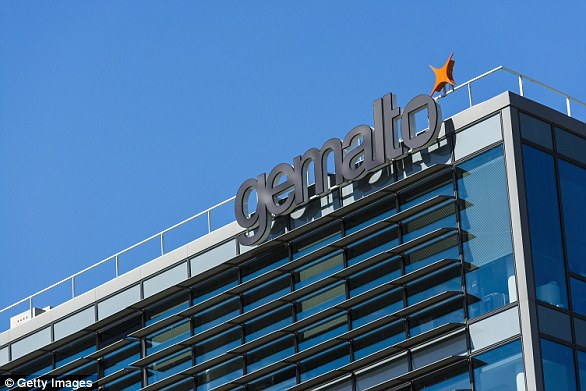 The firm is said to have demonstrated that it can meet all Government cyber security standards, which will be further tested if the contract is implemented.

‘It always troubles me when a commercial organisation is given information that’s Government-sourced,’ he said.

‘I think it’s better for the Government to hold on to it.

‘One hopes due diligence has been done and they have convinced themselves about Gemalto, bearing in mind the track record.

The irony is that if it was GCHQ [behind the hack] then maybe they know how good their security is.’

In a statement after the hacking allegations, Gemalto insisted that only the ‘outer parts’ of its networks were penetrated, and that there was no data breach.

The firm yesterday refused to comment further due to the ongoing process regarding the contract to produce the new UK passport.

A board of Home Office bureaucrats and independent experts then weighed up the proposals for areas including product design, security, production and supply chains.

During this phase, the quality of the passport was prioritised over cost when examining the bids at a weighting of 60 per cent to 40 per cent.

This ensured the integrity of the passport was placed ahead of value for money, which helped to prevent security being undermined.

Following an assessment lasting several months, a numerical rating was attached to each area of the firms’ bids.

These scores were combined to give an overall total, allowing the companies’ to be ranked in order. 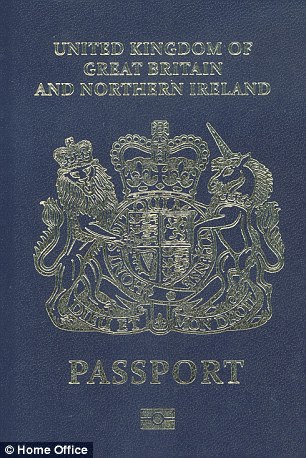 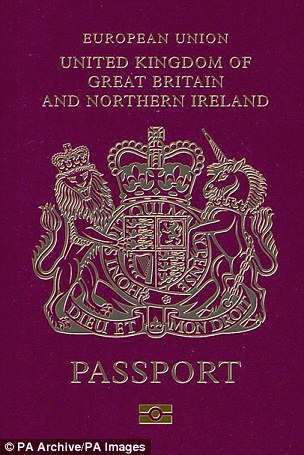 The winning bid was then recommended to immigration minister Caroline Nokes and then to Miss Rudd to rubber-stamp.

Because of the rules of the blind tender, they could only sign off the bid assessed to be the best.

This was then passed to Chief Secretary to the Treasury Liz Truss so she could approve the use of taxpayers’ money on the deal.

The Dutch prime minister yesterday wasted no time in bragging about how one of his country’s firms had snatched the contract.

As he arrived in Brussels for an EU summit, Mark Rutte told reporters he was pleased that Gemalto had won the job. He said he was ‘very proud’ the company had been picked.

By David Churchill and Inderdeep Bains for The Daily Mail

Other European nations produce their passports at home, despite EU competition rules which state that governments should not favour domestic companies

Exemptions can be made on the grounds of national security, and Germany, Spain, Italy and France have all awarded contracts to manufacturers based in those countries.

In France, all passports, identity cards and driving licences are made at the National Printing Works (Imprimerie Nationale) in Flers-en-Escrebieux, a town close to Lille.

Established during the reign of Francois I during the 16th century as the Royal Printing Works, it is a symbolic and proud national institution tied up in Gallic history.

A French interior ministry spokesman said some 5million biometric passports are produced each year ‘for France and a number of other states’.

These include Lebanon, which has close ties with France. The Imprimerie Nationale has always been the exclusive printer of France’s official documents.

A 1994 law turned it into a limited company, but with the state as sole shareholder.

Italy’s passports are made in Rome at the Italian State Mint and Polygraphic Institute. In 2002 it became a public limited company but with the Italian ministry of economy and finance as sole shareholder.

Spain’s are made in Madrid and Burgos by the Royal Mint of Spain, a public corporation run by the ministry of economy.

Germany’s are produced by the Berlin Federal Printing Company, under direct contract from the German interior ministry.

Formerly a state monopoly, it is now a private company which also makes passports for China and the United Arab Emirates.

EU rules on public procurement were agreed by member states and the European Parliament and designed to obtain better value for taxpayers by ensuring that public contracts above certain thresholds are awarded through ‘transparent, non-discriminatory and competitive tender procedures’.

However, countries can rely on a ‘national security’ exemption to justify directly awarding contracts, which must be assessed on a case-by-case basis.

In the United States the Government Publishing Office has produced the US passport for the Department of State since the 1920s. Last year it turned out about 22million.

Last night Tory MP Andrew Bridgen said: ‘We should have treated passports as a security issue, just as the French do.

It is a security issue and we should have given the contract to a British company.

‘I understand De La Rue’s bid would have cost £120million more. But had we treated this as a security issue we could have negotiated the price down.

‘We comply with all the EU rules and other countries bend them to suit themselves.’