A Florida man’s family said that EMS workers left his dead body to bake in the middle of road for hours after being unable to revive him.

On February 26, Ty Ross, 78, of Bradenton, Florida, was out walking his two dogs around the Palma Sola marina when he apparently had a heart attack, falling face first onto the street.

Passersby called 911 and Manatee County EMS as well as two deputies from the Sheriff’s Office arrived on the scene, the Herald-Tribune reported.

Ty Ross, 78, was walking his dogs in a marina when he had a heart attack and died. His family members said that EMS workers callously left his body in the street after declaring him dead

Ty’s wife, Julie Ross, who had been phone-less in a pilates class, learned that her husband had died after picking up a voicemail from her niece, Carrie Price Whaley. Assuming that Ty had died at his home, the two drove to the Ross home, only to have a sheriff’s deputy tell them that they had to ‘figure out how to move the body’ out of the marina.

About 90 minutes after EMS had declared Ty dead, Julie and Whaley arrived at the marina. Julie said they found Ty with his upper body in the grass and his legs in the street. Someone had put a sheet over his body, but it wasn’t long enough to cover his feet.

EMS was nowhere to be found.

‘Apparently EMS tried to revive him, could not and then left,’ Julie Ross told the Herald-Tribune. ‘My poor husband lied in the street for an hour, easily.’

‘Apparently their policy is, if you’re dead, they leave you,’ Whaley said. 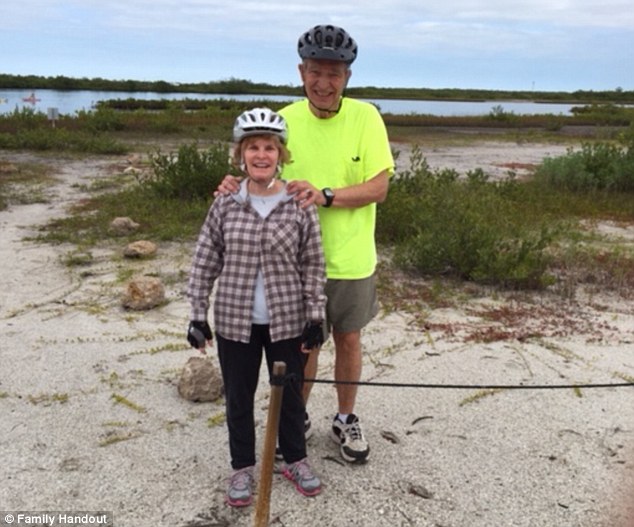 Upon arriving home, a sheriff’s deputy told Ty’s wife, Julie Ross, that it was her responsibility to find a way to remove her husband’s body from the marina 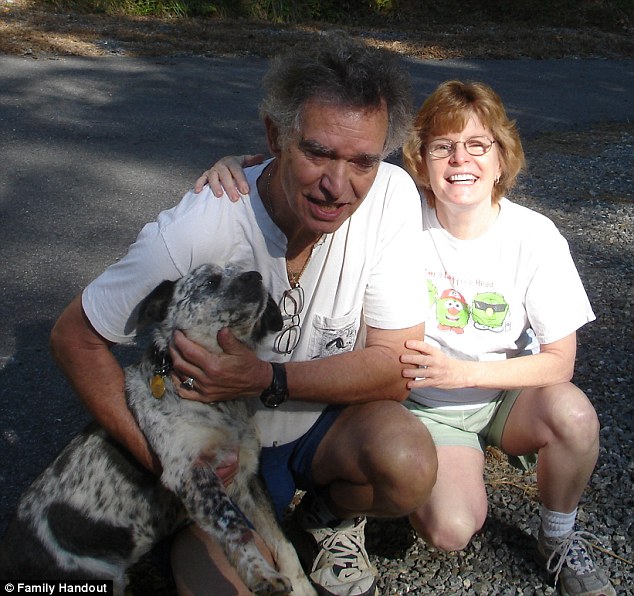 Julie then spent more than an hour at the marina, holding an umbrella over his body, while her niece attempted to find a funeral home that could pick up Ty’s body. He had been lying in the street for approximately three hours after being declared dead

Whaley then had to call around to find a funeral home that could come and pick up her uncle’s body.

Meanwhile, Julie sat in a chair that a neighbor had brought her, holding an umbrella over her husband’s body for 90 minutes, trying to shield it from the sun. All the while, she said she was worried that ants were going to start crawling over Ty if the funeral home couldn’t pick up his body quickly.

By the time the funeral home was able to send someone to transport Ty’s body, he had been lying in the street for at least three hours after he was pronounced dead.

In a statement to the Herald-Tribune, a Manatee County spokesperson said that, ‘There is no EMS protocol that addresses the removal of a person whose death has been determined to be a natural cause. Typically, those incidents occur in the home or near a loved one who is able to assist.’

It’s believed that Ty died instantly from the heart attack while he was out walking the dogs. 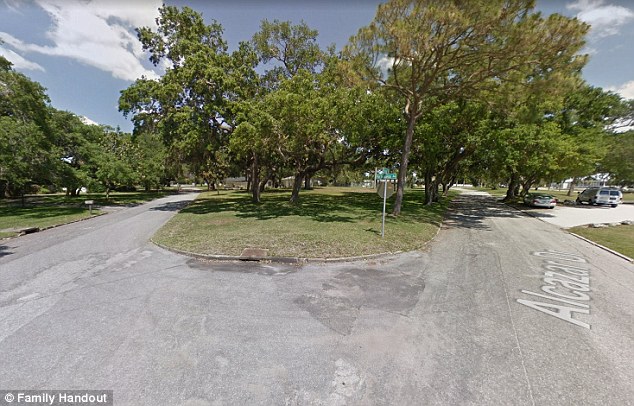 Julie Ross said when she arrived at the marina, Ty’s body half on the grass and half on the sidewalk. Someone had covered him with a sheet, but it wasn’t long enough to cover his feet 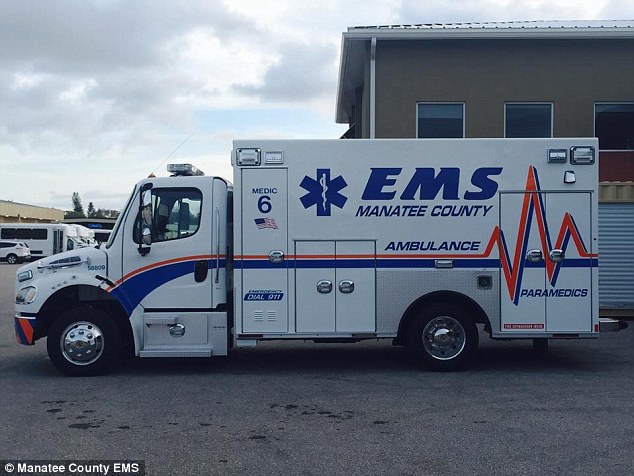 A Manatee County spokesperson said that there isn’t any EMS protocol that addresses the removal of a person whose death has been determined to be a natural cause, but that the county and the EMS chief are working to correct that oversight

The county spokesperson also wrote that the county’s EMS Chief DiCicco and the Sheriff’s Office are in the process of developing a ‘corrective policy that addresses the unusual circumstance of an individual who passes away in a public place without loved ones nearby.’

EMS did stay at the scene for about an hour after Ty was declared dead, WWSB  reported.

While Julie acknowledged that the EMS workers might’ve just been following protocol when they left her husband’s body at the scene, she said that she assumed that in cases like this, they would’ve taken the body to the hospital’s morgue, at which point a family member could arrange for a funeral home to come and pick it up.

‘But the way it was explained to me was that if the ambulance takes the body to funeral home, then that ambulance is out of commission, and what if there was an emergency, and they couldn’t answer because they already had someone who is not alive?’ Julie told the Herald-Tribune.

Whaley questioned the protocol, pondering whether EMS workers would leave someone on the spot if they died in a mall food court.

‘What if a child died at a playground, God forbid, and someone had to sit for three hours like that?’ Whaley said. ‘That would be horrible.’