Ambulance removes person from ‘out of control’ NJ party

Ambulance carts off one partygoer from ‘out of control’ New Jersey mansion pool party where some paid $1000 to ride in shuttles, only to wait in long lines and not adequately social distance

Local authorities are investigating a massive pool party that took place at a New Jersey mansion, where video from the large gathering showed that many partygoers weren’t adequately practicing social distancing.

Footage of the Saturday party, hosted at the mansion in Alpine, Bergen County, circulated on social media after they were shared by both the party promoter and party guests.

Folks wanting to go to the party paid to ride shuttle buses to the residence, where they stood in long lines to wait to get inside, NBC New York reports.

Footage of the Saturday party, hosted at the mansion in Alpine, Bergen County, was shared by promoters and partygoers 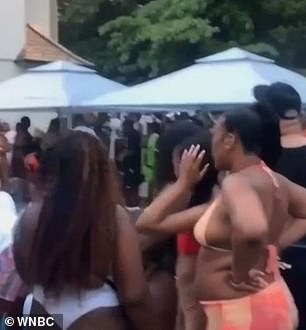 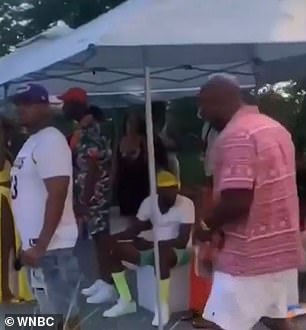 Authorities are looking into the party promoters and the party, where no one wore masks or followed social distance guidelines

One person at the party was taken away in an ambulance

One person was taken away in an ambulance during the party.

The party was billed as ‘The Lavish Experience Pool Party’ in advertisement and aerial views of the property show the cabanas that folks could shell out for additional bucks.

One woman and her group paid roughly $1000 so that they could take a bus from Brooklyn to the party. She said social distancing was practically nonexistent. 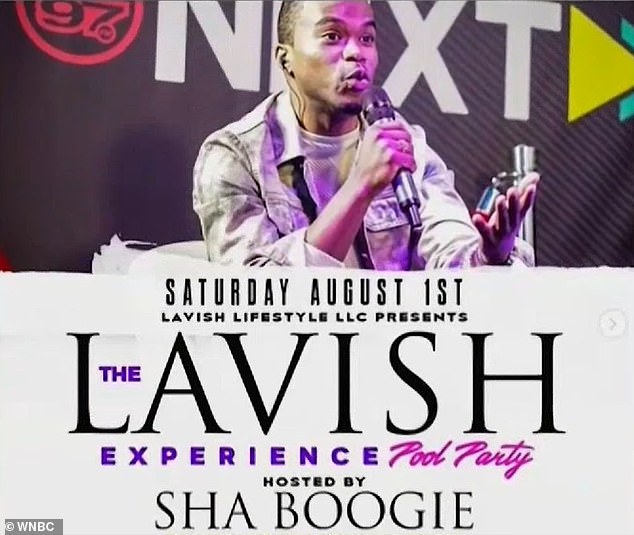 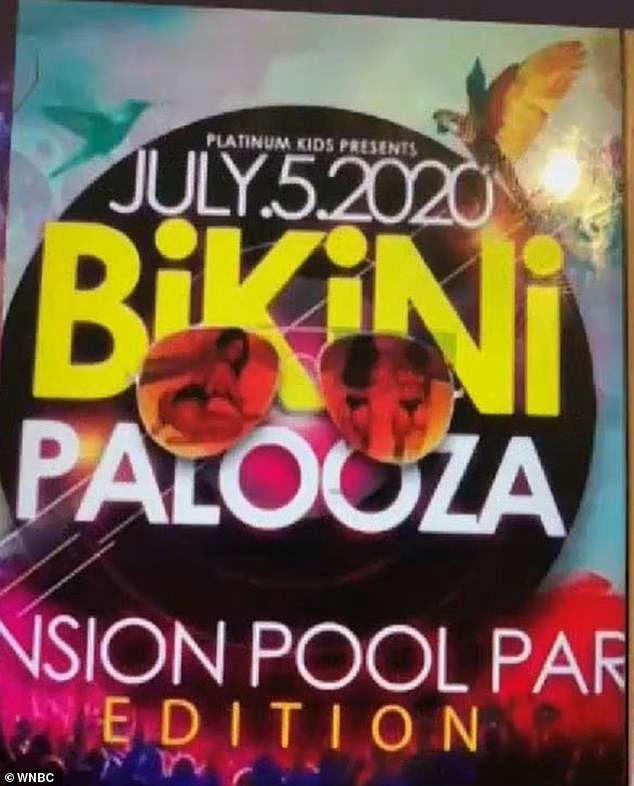 Last month, promoters hosted the ‘BikiniPalooza’ at the same residence

A man claiming to be the host denied that people had to pay to get into the party.

‘This is absolutely out of hand. I agree with all of that,’ he said. ‘This is not how we do things. It got out of control.’

The home is listed as being owned by New Jersey personal lawyer Joseph LaBarbera.

Authorities from various agencies are investigating the party and the promoters, one who has already given out details for another party at the residence. It is not the first party hosted at the home, which held a BikiniPalooza the month before. 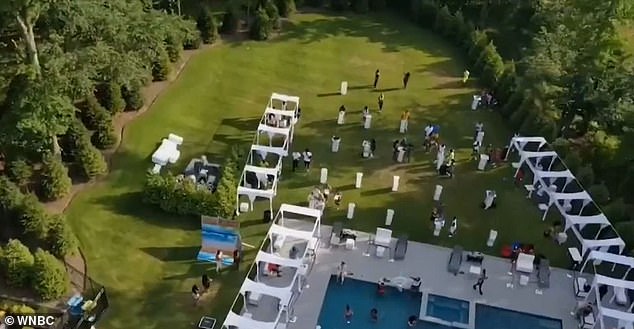 ‘Based on the description, there was close congregation and not a lot of face covering, if any,’ Gov. Phil Murphy said. ‘If in fact people are busted and there was a promoted party, that’s not gonna end well.’

Murphy on Monday said he was limiting indoor gatherings to just 25 people, or 25 percent of a room’s capacity, down from the previous limit of 100.

The reversed restrictions will not apply to weddings, funerals and memorial services, and religious and political activities protected under the First Amendment.

It comes after the state started recording the biggest spikes in daily coronavirus cases for at least two months.

Gov. Phil Murphy described the party as being ‘out of control’

The state saw a spike of nearly 700 new cases on Friday – a surge not seen since May 29.

While Gov Murphy had delayed allowing indoor dining in June, the limit for indoor gatherings increased to 100 people.

‘The actions of a few knuckleheads leaves us no other course,’ Murphy said at a news briefing.

‘We have to go back and tighten these restrictions once again until we begin to see the numbers of cases decrease.’