America Ferrera says there is ‘insanity’ in the administration

When the former Ugly Betty actress made an appearance on The Late Show with Stephen Colbert on Tuesday evening she said ‘government is failing.’

The star – who is plugging her new book American Like Me: Reflections On Life Between Cultures – also said the elections are a chance ‘to put a check on the insanity that is happening in our administration.’

Urging viewers to vote: America Ferrera said the elections are a chance ‘to put a check on the insanity that is happening in our administration’ as she stopped by Colbert’s show 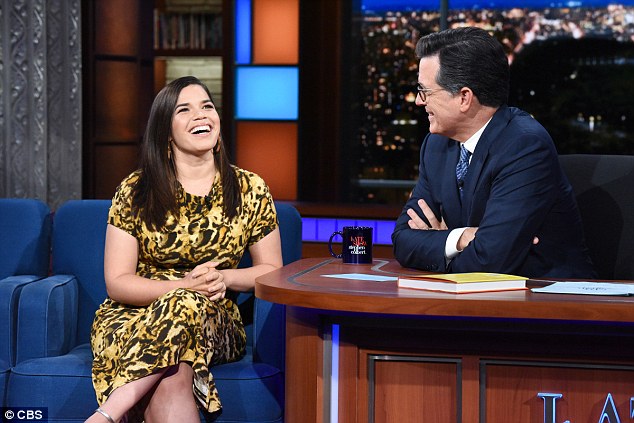 All smiles: Ferrera looked stunning during her run to promote her book American Like Me: Reflections on Life Between Cultures 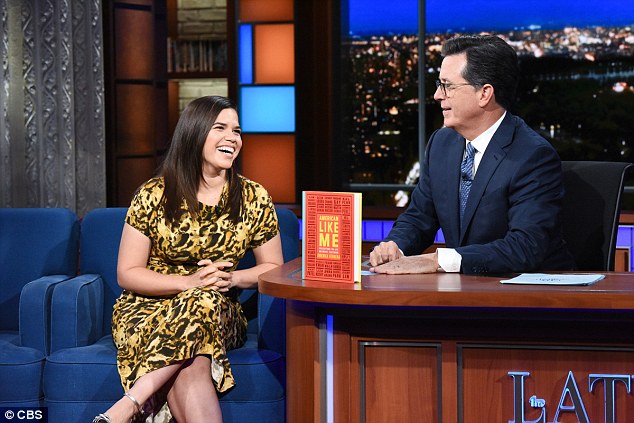 Controversial talk: The former Ugly Betty actress appeared to be in good spirits on LSWSC

She also talked about the elections.

‘This is our chance. This is our first real chance to put a check on the insanity that is happening in this administration,’ the television star shared.

‘And if we don’t show up to vote, we’re giving up that chance to put a check on it.’

Ferrera, who stunned in a leopard-print dress, believes that the government isn’t protecting its citizens, nor does she believe that the administration is capable of living up to their proposed plans to ‘make American great again.’

‘We employ these people. I mean, when has it ever been more obvious that we need all levels of government to work for us?’ 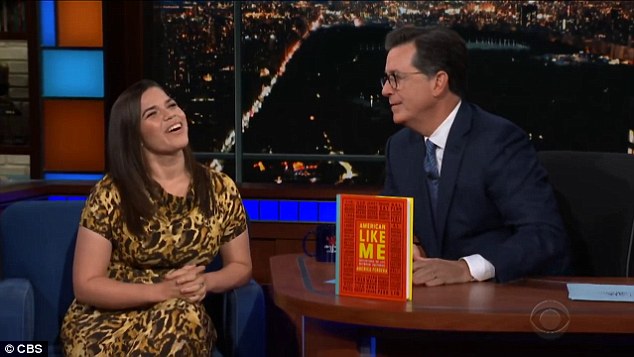 Her views: Ferrera, who stunned in a leopard-print dress, believes that the government isn’t protecting its citizens 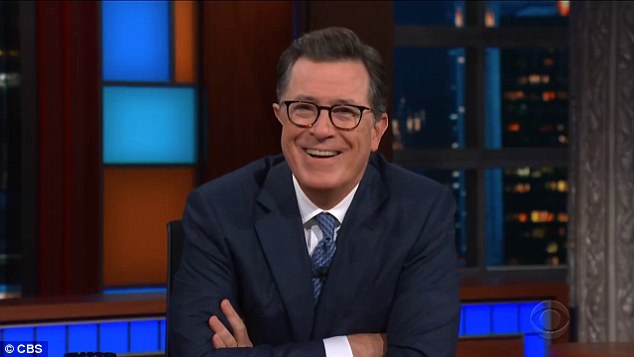 Keeping a smile on his face: Colbert seemed amused by Ferrera’s choice of words during their discussion

‘We need all levels of government to be standing up and upholding our rights and protecting us, and they have failed,’ she tells Colbert during the taping.

‘They are failing. And so we need to show up as their employers and say, “it doesn’t work for us” and vote out the people who aren’t doing their jobs and bring in some new, inspiring, and exciting candidates.’

In her book Ferrera gathers together a group of 31 public figures, ranging from artists, writers, politicians, and activists – including Randall Park and Roxane Gay. 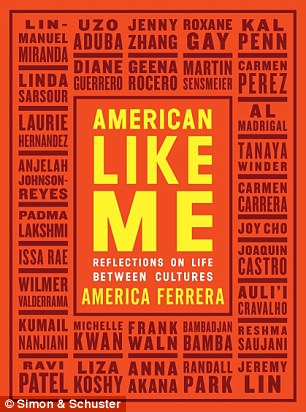 American Like Me: The book includes contributions from 31 different public figures

Each contributor shares the relation of either being an immigrant or having relatives that resettled in the United States in the hopes of one day achieving their American Dream.

The book, according to Bustle, sees Ferrera try and uncover what it truly means to be an American while recalling her upbringing in Los Angeles, California to Honduran parents.

Speaking Spanish at home, enjoying salsa parties with friends and relatives every other weekend were just some of the ways Ferrera identified with her ‘Americanness.’

Until it seemed as if being an immigrant in America was substandard, the Superstore beauty notes.

In January 2017, the California native gave a bold statement at the Women’s March in Washington; the same day Donald Trump was to serve his first day of presidency. 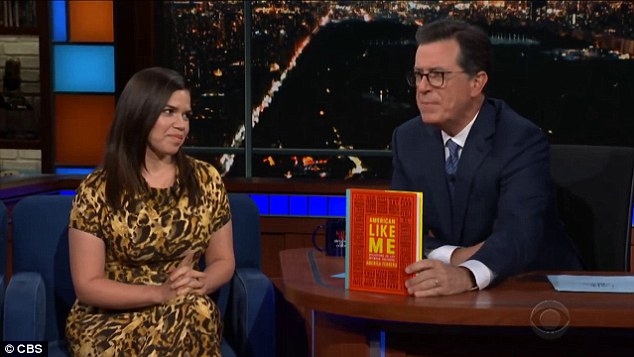 Out now: America seemed pleased as Colbert plugged her book to his studio audience 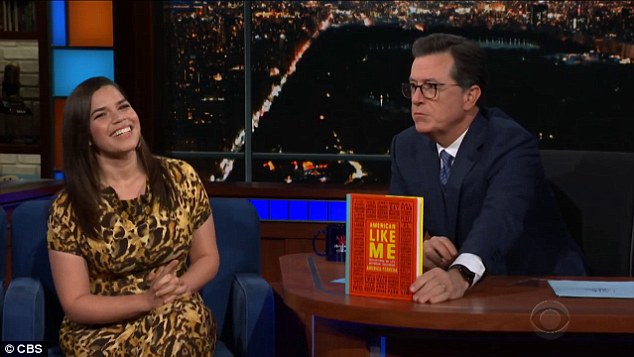 It makes for a good read: The book, sees Ferrera try and uncover what it truly means to be an American while recalling her upbringing in Los Angeles, California to Honduran parents

‘It’s been a heartrending time to be both a woman and an immigrant in this country,’ she told tens of thousands of people in the crowd.

‘Our dignity, our character, our rights have all been under attack, and a platform of hate and division assumed power yesterday.’

‘But the president is not America,’ Ferrera added, making it known she was no supporter of Trump and his administration.