Passengers on a disastrous American Airlines flight that was repeatedly canceled,  forcing them to spend three days stranded in Peru have told of their travel nightmare.

American Airlines Flight 988 was due to depart Lima for Dallas-Fort Wort on September 9.

But a series of mechanical failures with the 18-year-old Boeing 757 meant it could not take off and instead of booking them onto new flights, the airline forced passengers to wait for it to be fixed for three days.

They spoke to The Wall Street Journal about their ordeal on Wednesday.

Every day, passengers boarded the plane and were taxied out only to be told they could not fly, having to return to the airport and start the process again.

Texas man Brennan Mulligan documented the frustrating ordeal on Instagram. He was among 988 passengers on an American Airlines flight left stranded for three days in Peru after the plane experienced problem after problem 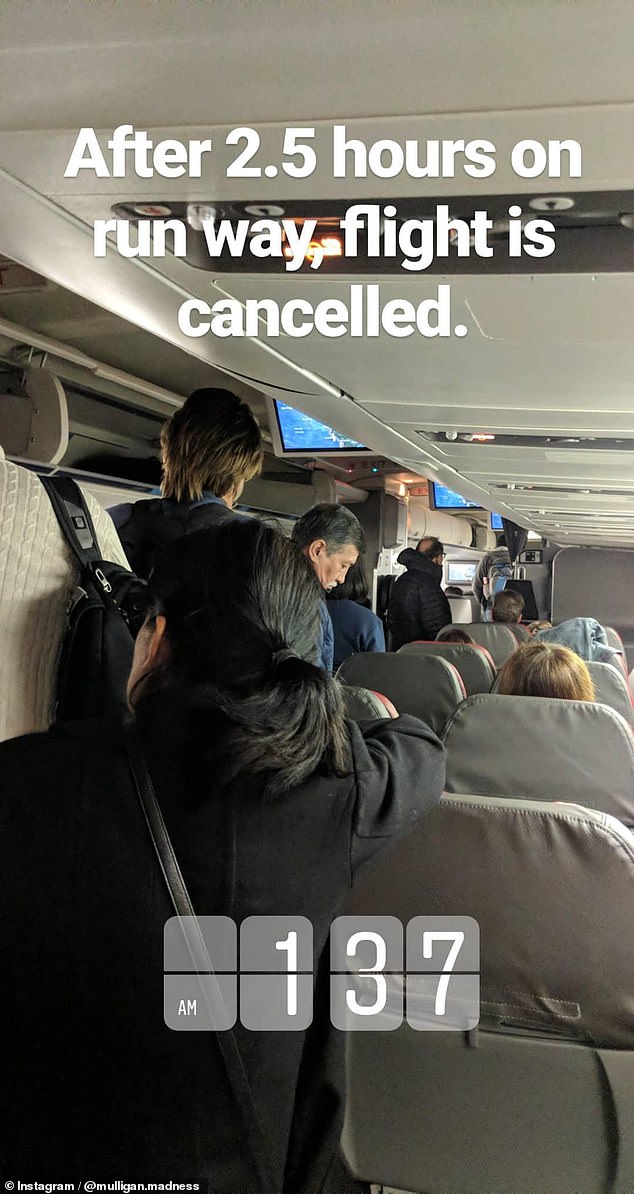 The initial delay started at 1.37am on September 9, when passengers were forced to wait on the plane as it sat on the runway for two-and-a-half hours before being told the flight was cancelled 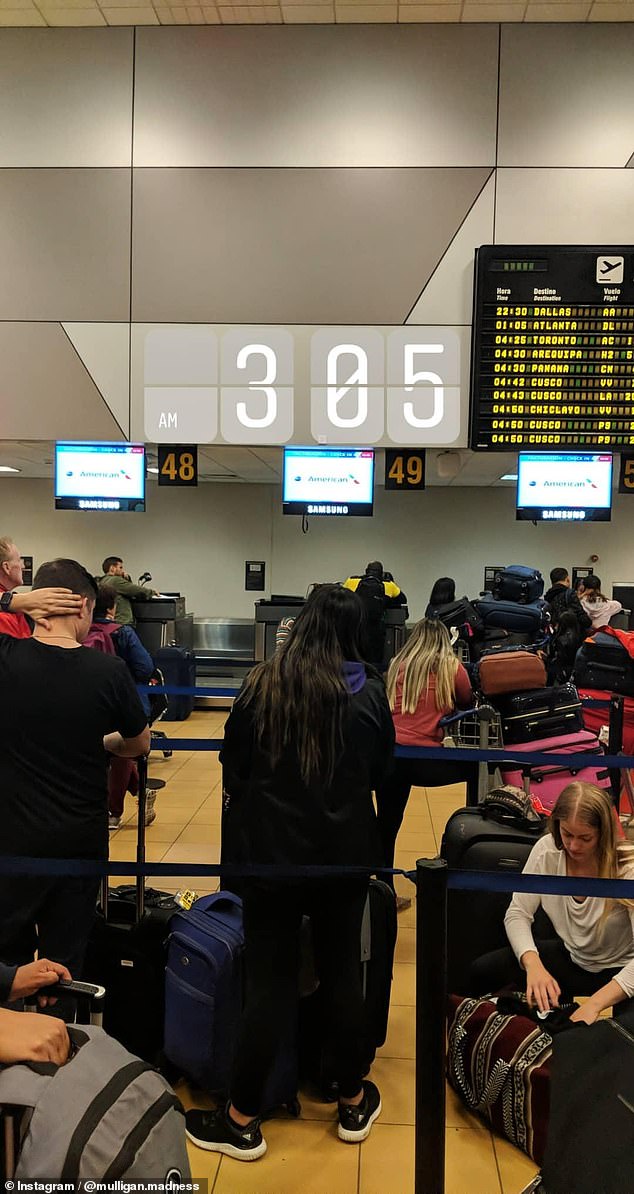 Passengers were finally let off the plane in Lima, Peru, but were forced to wait in long queues before being told they would not be flying out 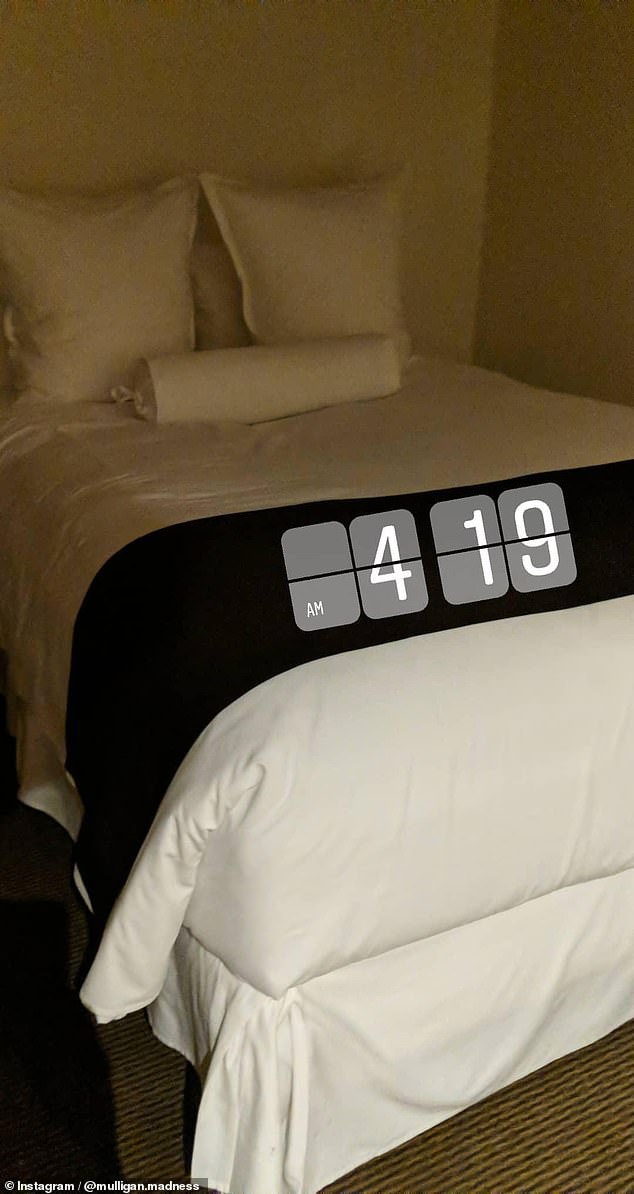 They were then put up in a hotel for the night, with the promise that they would depart later that morning

The airline says it did not bother trying to ferry in another aircraft for them or put them on different flights because they thought they would be able to fix the technical problems more quickly.

Every day, the passengers who bothered to leave the airport were forced to line up again for the flight, check in and go through the motions as if they were getting on the plane for the first time.

The problems began at 11.47pm when staff realized the intercom system pilots and flight attendants use to communicate, a necessary safety item, was broken.

They delayed the plane by 24 hours and said a replacement was on its way. 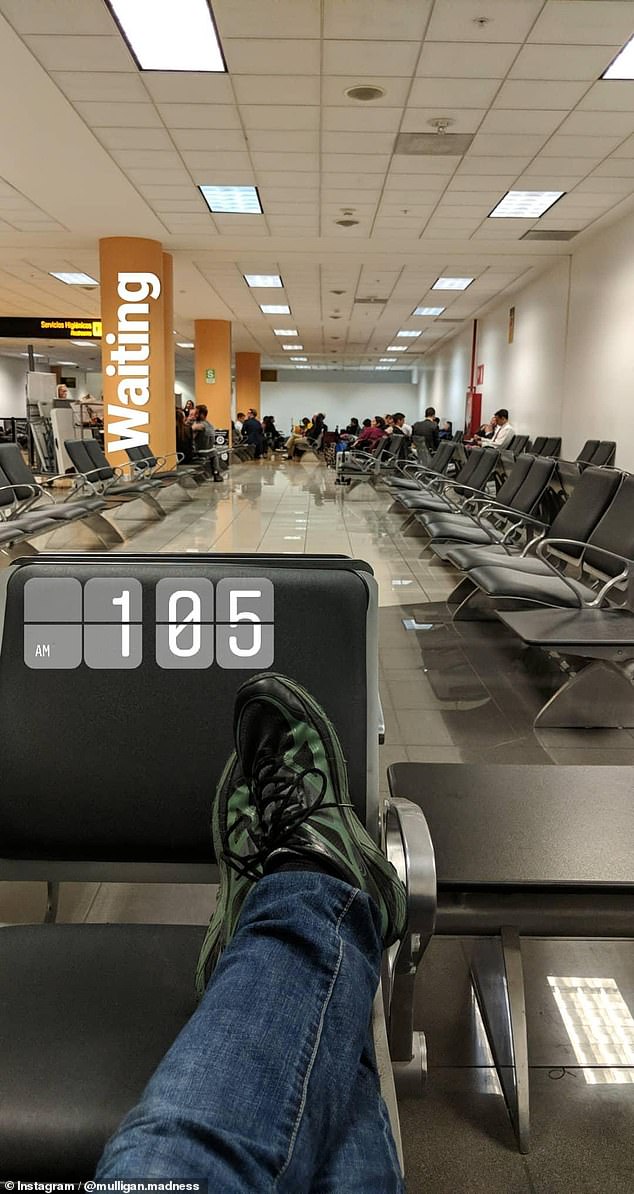 The next evening, the trouble persisted, with American Airlines passengers forced to wait to board their plane 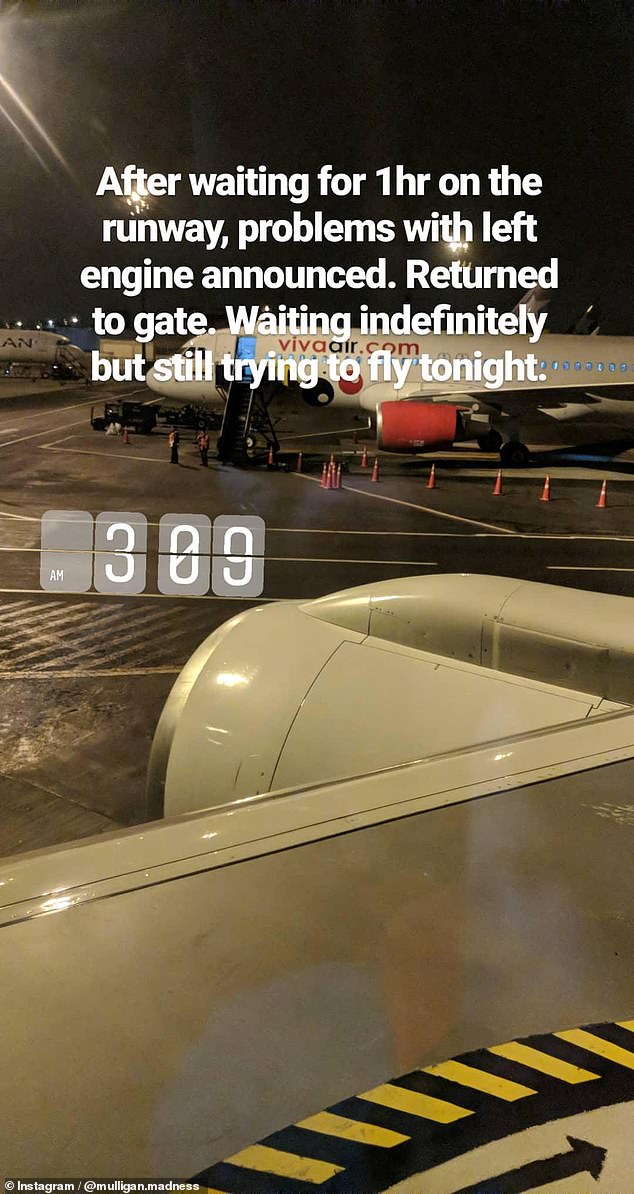 When they finally boarded, they were forced to wait on the runway yet again – this time for an hour – before being told there was a mechanical issue and their flight was cancelled for the second night in a row 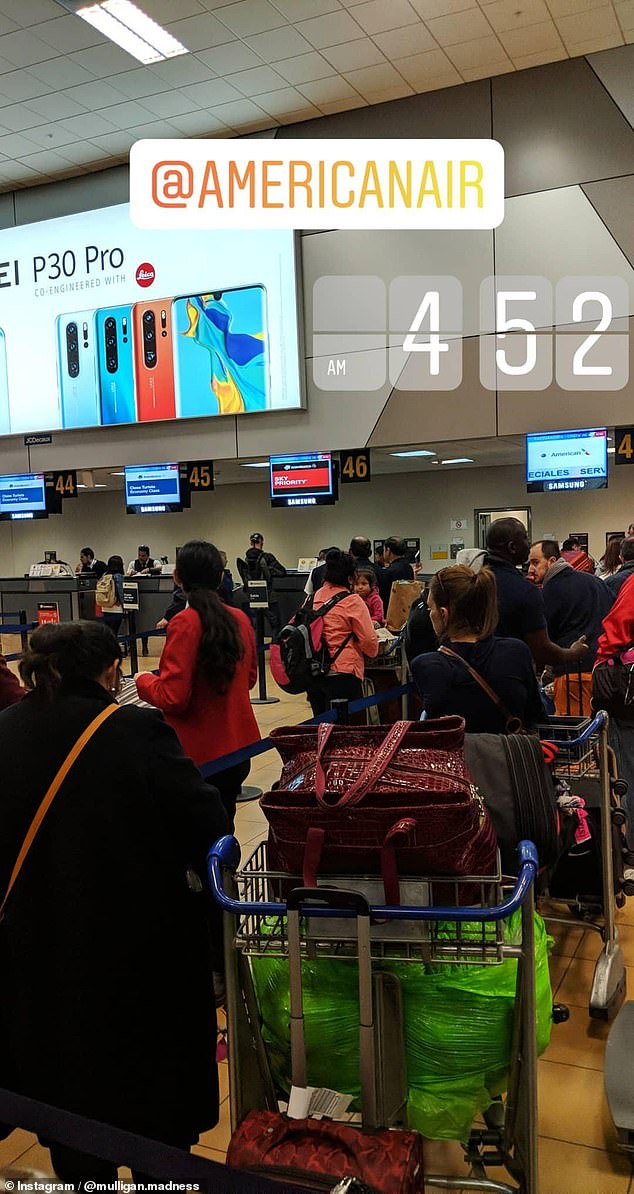 After disembarking, the passengers were forced to wait in long queues again – but this time there was no American Airlines staff to direct them where to go 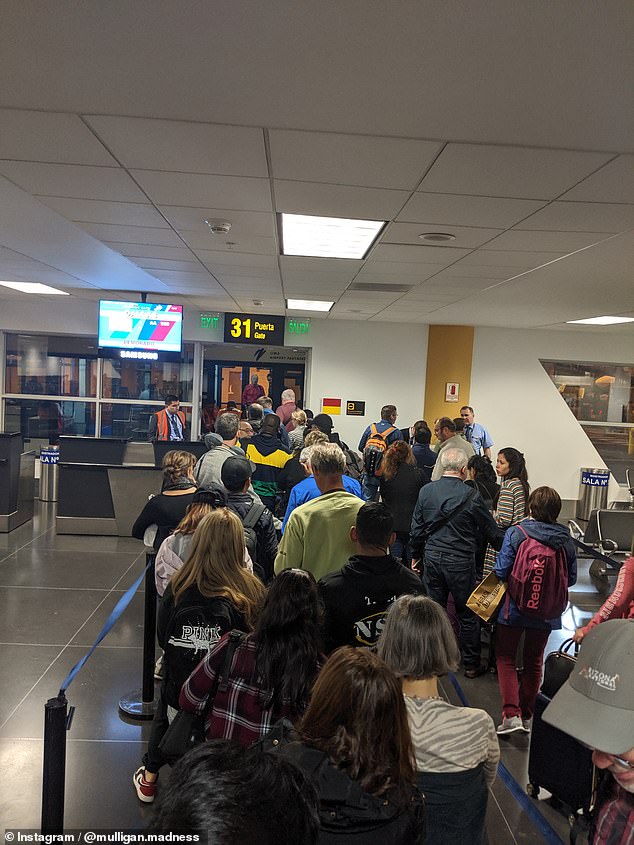 Passengers had to then leave the airport, but first clear passport control. They had to line up for two hours, then got to a hotel which American paid for. The next day, they returned to the airport and checked in again.

This time, there was a problem with one of the doors and an emergency slide, but it was soon fixed.

The aircraft started taxiing for take-off but, at around 1.30am, they were told by the pilot ‘paperwork’ that was meant to have been completed beforehand hadn’t been. 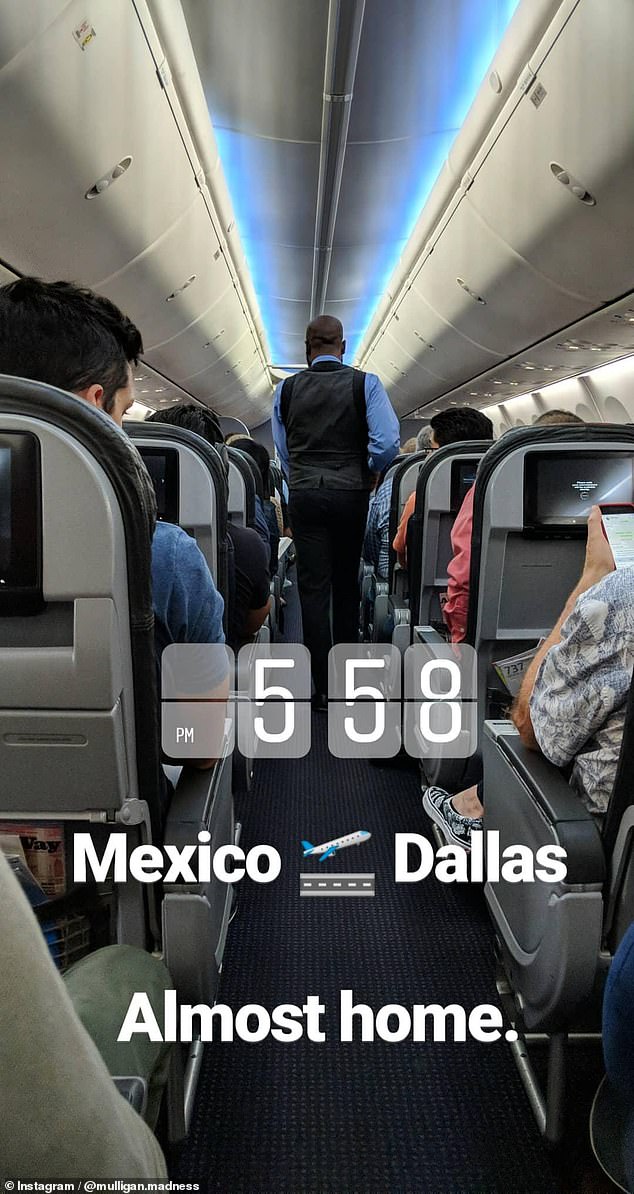 The flight finally took off on the third go, but American Airlines has still not reimbursed the stranded 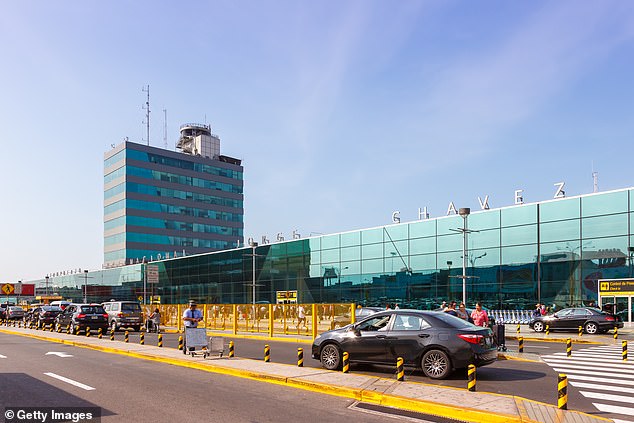 The passengers tried to leave Lima airport three times over the course of three days starting on September 9 but each time, a mechanical problem stopped them 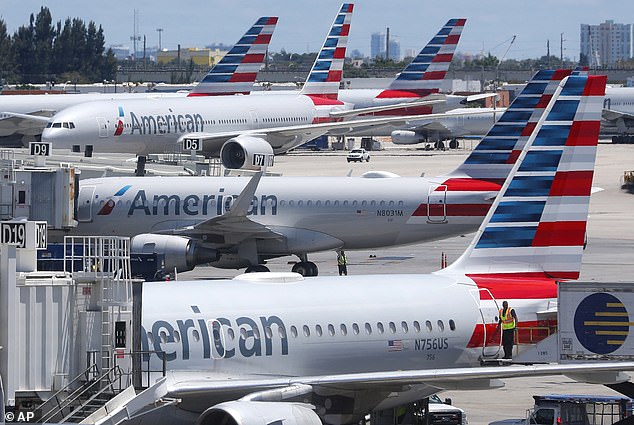 A file photo of an American Airlines fleet. The airline said it was now working to do ‘right’ by the affected passengers

The paperwork was a final weight-and-balance list which was not done. Because the airport was then closed, they were not able to take-off and they returned to the gate.

They again returned to hotels.

On the third attempt, the crew were late in showing up, as were air traffic controllers.

But a battery failure and subsequent engine problem meant that flight could not take off.

American then vowed to book everyone on different flights. The airline said it started booking priority passengers – those in business and first class who had flown the most with them – after the first failed departure but that there were not enough seats available.

Between the people who were booked onto different flights early and the others who ‘took destiny into their own hands’, 115 people were stranded and forced to endure the three-day debacle.

Some of the people who paid for their own replacement flights – including a woman who spent $1,100 on a flight to Mexico and then Texas – say American Airlines has not reimbursed them.

A spokesman for the airline said it was working to make things ‘right’ by the passengers.