American Airlines is fined £10,000 for transporting two huskies on a nine-hour flight from Dallas to London in cramped carry cases

By Jennifer Newton for MailOnline and Press Association

The dogs – named Kiyah and Mishka – were examined by staff at Heathrow Airport’s animal reception centre on October 2 last year.

They were concerned the animals wouldn’t have been able to sit, stand or lie down comfortably on their nine-hour flight from Dallas to London.

American Airlines has been fined £10,000 for transporting two huskies on a nine-hour flight from Dallas to London in cramped carry cases

But the dog was transported in a cage just 76cm high and 94cm long.

Prosecutor Paul Chadha, representing the City of London Corporation, said: ‘A container must in general allow an animal to stand, turn around and lie down in a natural position.

‘The carrier is responsible in such incidents, therefore there has been a breach of the regulations.’

The airline admitted two counts of breaching standards set by the International Air Transport Association by post from its headquarters in Fort Worth, Texas.

In a letter to the court, it said: ‘[The containers] were not provided by American Airlines but by the owner/shipper. 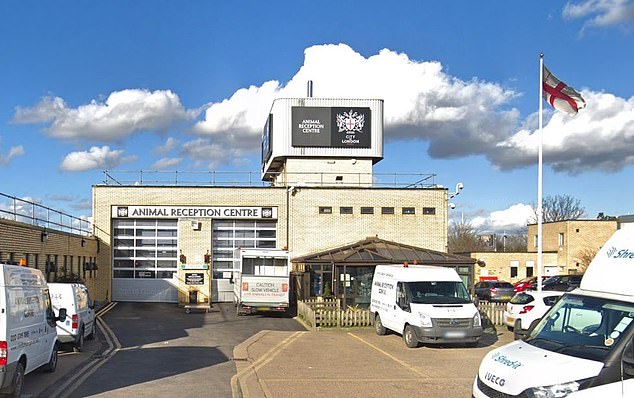 The dogs – named Kiyah and Mishka – were examined by staff at Heathrow Airport’s animal reception centre, pictured, who found they could not sit, stand or lie comfortably in their cages

‘American acknowledges that Dallas Fort Worth Airport should have refused to accept them.’

It said its staff had been reminded of the regulations governing the transportation of animals.

Handing the airline a £5,000 fine for each count, magistrate Michael O’Gorman said: ‘I have heard the facts of this case and have seen photographic evidence showing that the size of the containers when compared to the size of the dogs was definitely inadequate to meet the standards set for the safe and comfortable transportation of animals.’

American Airlines were also ordered to pay £789.50 in prosecution costs and a victim surcharge of £107. It was given 28 days to pay.