Grounded but high: American Airlines jet makes emergency landing after a passenger told others he was on cocaine before lighting up a JOINT as police arrive

Denver authorities have detained a man who caused his American Airline flight to Minneapolis to emergency land in Denver after throwing a tantrum and allegedly telling other passengers that he was under the influence of drugs.

The unscheduled landing occurred on Friday evening for the American Airlines jet that was going from Phoenix to Minneapolis.

Approximately an hour into the flight, the pilot came onto the intercom and informed passengers that they were landing in Denver because of ‘a security issue in the back,’ TMZ reports.

Passengers in the cabin started talking and soon learned that a man had allegedly been telling others that he was on cocaine.

The man – white with dreadlocks – then got up from his seat and was said to have locked himself in the bathroom.

Flight attendants reportedly tried to coax the man out but he stayed inside the restroom for roughly 10 minutes. Five minutes before the flight landed, he returned to his seat and was said to be jittery.

Officers with the Denver Police Department responded to calls from the scene at approximately 6.30pm and were joined by EMT. 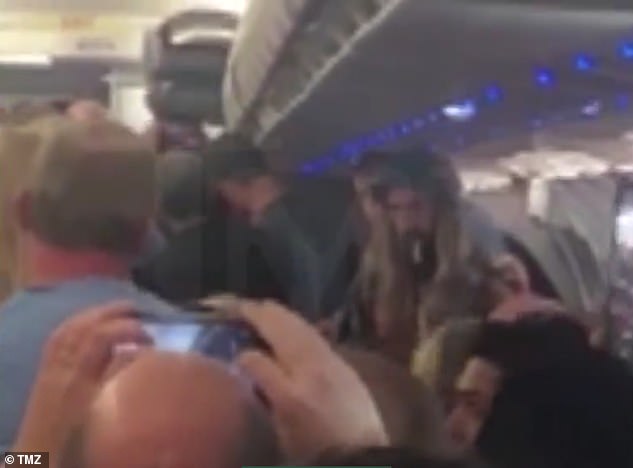 The passengers allegedly told others that he had done cocaine. He then went to airplane bathroom and locked himself inside 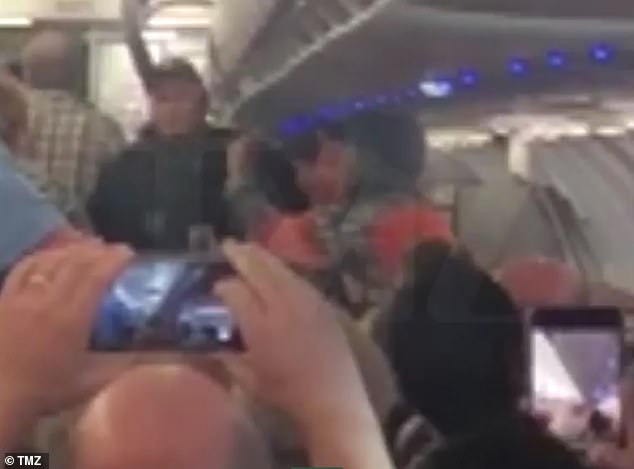 The footage shows the moment when authorities made it onto the aircraft and shows the man pulling out a joint to smoke it.

A pilot can be heard getting on the intercom to tell the people in the first 13 rows to exit the plane so that authorities can apprehend the man.

As they deplane, the man hits another passenger in the head. 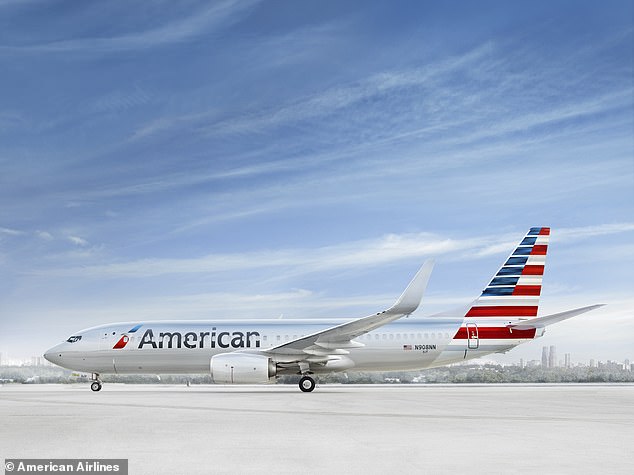 American Airlines released a statement thanking those who helped deal with the situation. ‘Flight 2408 diverted due to a disruptive passenger. Law enforcement met the flight, and the aircraft re-departed,’ they said in a statement

Authorities detained the man and led him away on a gurney. The plane continued on its journey to Minneapolis after two hours.

Denver PD shared that their personnel determined that the issue was more medical related and added that the man was rushed to the hospital.

His current medical status is unclear and it is unknown whether he will be charged with anything.

American Airlines released a statement thanking those who helped deal with the situation.

‘Flight 2408 diverted due to a disruptive passenger. Law enforcement met the flight, and the aircraft re-departed,’ they said in a statement.