Mobile phones can still pose a real risk to the safety of some planes even when in the supposedly flight-safe ‘airplane mode’.

The feature found on most handsets disables communications with mobile networks but allows the use of Wi-Fi signals, which can interfere with certain cockpit screens.

A vulnerability was discovered in 2014 that causes some screens in Boeing 737 Next Generation and 777 airliners to glitch with sufficient interference from radio signals.

Such radio signals can be created by Wi-Fi, mobile calls and external sources like weather radar.

In 2014 the US Government issued a deadline for all operators to replace the vulnerable units by November 2019 and some are believed to still be in use.

United Airlines and American Airlines both have outstanding screens to replace — with 17 and 14 aircraft respectively needing updates before the November deadline.

Discount airline Ryanair reportedly told the FAA in 2014 that its fleet contained 707 of the affected Honeywell units, arguing that the requirement to replace all of them was ‘imposing a high, and unnecessary, financial burden on operators.’

Ryanair told MailOnline it has completed the inspections and ‘any affected DUs have been replaced, in compliance with the FAA’s recommendations.’

Manufacturer of the faulty screens, Honeywell Aerospace, has said up to 70 planes may still have the affected display units in a statement to Engadget.

They added, however, that there’s no evidence that the airplanes are operational and many units could be on retired aircraft or simulators.

WHY MUST AFFECTED COCKPIT DISPLAYS BE REPLACED?

Officials determined that sufficiently strong radio signals — such as from mobiles, Wi-Fi and outside sources like weather radar — could disrupt certain cockpit flight displays.

Airline operators and display manufacturer Honeywell Aerospace argued against the ruling, claiming that radio signals were unlikely to cause problems during flight.

Nevertheless, in-service planes had failed tests undertaken by US authorities and so the ruling stood, albeit with a generous five-year grace period for upgrades.

The directive to replace the potentially vulnerable display units was issued by the US Federal Aviation Administration (FAA) in the November of 2014.

‘We are proposing this airworthiness directive to prevent loss of flight-critical information displayed to the flightcrew during a critical phase of flight, such as an approach or takeoff,’ the agency announced at the time.

Such issues, it continued, ‘could result in loss of airplane control at an altitude insufficient for recovery, or controlled flight into terrain or obstacles.’

At this time, the agency gave airline operators five-years to upgrade to meet airworthiness standards.

‘A 60-month compliance time frame means the risk is low, and does not need to be addressed right away,’ an FAA spokesperson told BNN Bloomberg.

Display unit manufacturer Honeywell Aerospace had originally told the FAA that 10,000 units — equivalent to almost 1,700 aircraft — were likely affected by the issue across the world, including 1,300 airliners registered in the United States.

A spokesperson for Honeywell told BNN Bloomberg this week that 8,000 of the suspect components had been replaced, while less that 400 remained to be upgraded.

While these numbers are lower than the original estimate, the discrepancy can be accounted for by older planes being withdrawn from service, replacements being made outside of Honeywell’s facilities and other regulators not imposing a recall.

Delta Airlines and Southwest Airlines both reported having fully completed the mandatory upgrades ahead of schedule.

Since then, the airline has not upgraded all 707 such screens, but a Ryanair spokesperson told BNN Bloomberg that all had been inspected and ‘any affected display units have been replaced.’ 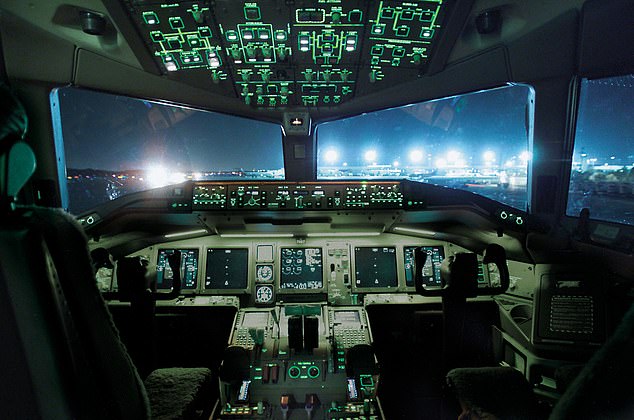 WHICH AIRCRAFT MODELS ARE AFFECTED?

The suspect Honeywell display units are installed in Boeing 777 models and the so-called Next Generation 737s.

The Next Generation craft are the predecessors to the Boeing Max — the beleaguered airliner series whose two recent high-profile crashes have resulted in worldwide groundings.

The Max series, however, is not believed to be susceptible to the same display unit fault identified by the FAA.

Unlike the 777 and 737 Next Generation models, the Max’s display units were manufactured by Rockwell Collins, not Honeywell.

Honeywell International spokesperson Nina Krauss told BNN Bloomberg that the firm was unaware of any incidents of mobile phone or other radio frequencies interfering with display screen outputs during flight.

She added that one case was known where all six display units in a 737 cockpit went blank, but that the issue had been traced to a software bug which has been fixed.

‘Even if a blanking incident were to occur,’ Ms Krauss added, the units are backed up by multiple redundancies.

Aviation Safety Reporting System — which is administered by NASA — has reportedly received more than a dozen accounts of ‘critical’ incidents aboard Boeing 737 Next Generation or 777 airliners in which flight information has disappeared while airborne.

Although none of the incidents reported led to disaster — and the reports constitute anonymised crew summaries rather than the results of technical investigations — the glitches all apparently caused concern for the respective flight crews.

A 737 out of Costa Rica in the January of 2017 reportedly had all map displays and flight-management computers go dark ‘during a critical phase of flight in mountainous terrain’, the crew reported.

Fortunately, the incident occurred in the daytime and in fair weather conditions.

Under less favourable circumstances, they noted, ‘it could have been a potentially disastrous outcome.’ Officials determined that sufficiently strong radio signals — such as from mobiles, Wi-Fi and outside sources like weather radar — could disrupt cockpit flight displays (stock image)

In the same year, a 737-800 lodged a safety report noting that key flight data flickered off whilst the jet was climbing through a turbulent patch of air — and that the same phenomenon was observed, but to a greater extent, during descent.

Ground-based maintenance crews, however, were unable to find any issues that would have accounted for the glitches after the craft had safely touched down

‘Due to no known cause for a known recurring problem, I refused the aircraft for the next leg,’ the pilot wrote in his aviation safety reporting.

A similar issue struck a 737-700 in September 2018, with the pilots reporting that flight information flashed on and off displays and showed varying figures for the craft’s air speed and altitude before the primary display unit went completely black.

‘At that time, we decided it was best to get the aircraft on the ground,’ the pilots wrote in their account of the incident. 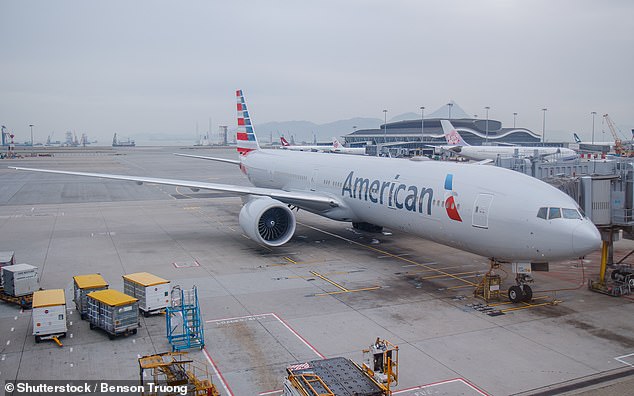 Display unit manufacturer Honeywell Aerospace had originally told the FAA that 10,000 display units — equivalent to almost 1,700 aircraft — were likely affected by the issue across the world, including 1,300 airliners registered in the United States (file photo)

Frequent flyers may be saddened to hear that, even once all the affected planes have either been upgraded or taken out of service, mobile phone usage will still be restricted mid-flight.

Engineer Tim Wilson of the Embry-Riddle Aeronautical University told BNN Bloomberg that having too many fully-active mobile phones still ‘could be a real problem’ while in the air.

The more devices emitting radio signals, he reportedly added, the higher the risk of interference in the operation of the craft’s flight systems.

It is not clear exactly what amount of radio interference would be required to trigger the problems in the faulty Honeywell display units.

However, the FAA did describe such as being susceptible ‘to radio frequency emissions in WiFi frequency bands at radiated power levels below the levels that the displays are required to tolerate for certification of WiFi system installations.’

No US airline permits the use of mobile phones to make calls while their craft are in the air — a rule reinforced by a US Congress prohibition legislated in 2018.

In contrast, Wi-Fi transmissions made during so-called ‘Airplane Mode’ are permitted because they operate at lower, less impactful, power levels.