The American Bar Association said Thursday night that the Senate Judiciary Committee should slow the vote on Supreme Court nominee Brett Kavanaugh until the FBI can do a full background check.

Association President Robert Carlson requested the delay in a letter sent to the committee on Thursday evening after a day of testimony by university professor Christine Blasey Ford who accused Kavanaugh of sexually assaulting her 36 years ago, and by Kavanaugh who denied it.

‘The basic principles that underscore the Senate´s constitutional duty of advice and consent on federal judicial nominees require nothing less than a careful examination of the accusations and facts by the FBI,’ Carlson wrote to Chairman Charles Grassley and ranking committee Democrat Dianne Feinstein.

Supreme Court nominee Judge Brett Kavanaugh’s confirmation process should be paused, according to the American Bar Association, which gave him its highest rating before sexual assault allegations rocked the Senate Judiciary Committee 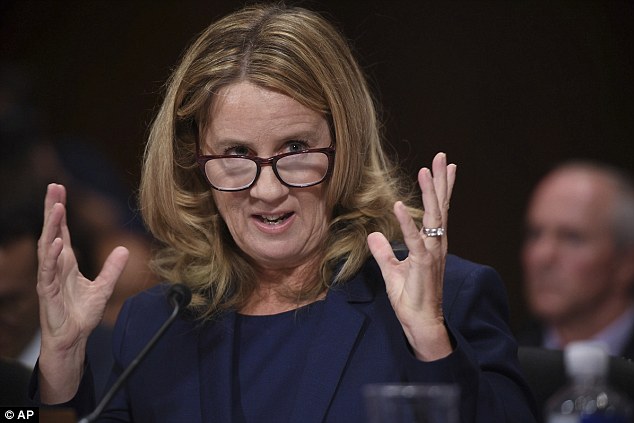 Christine Ford claims Kavanaugh assaulted her at a 1982 high school party, and Kavanaugh has flatly denied it, but Democrats want the FBI to slow the confirmation process so the FBI can probe the charges 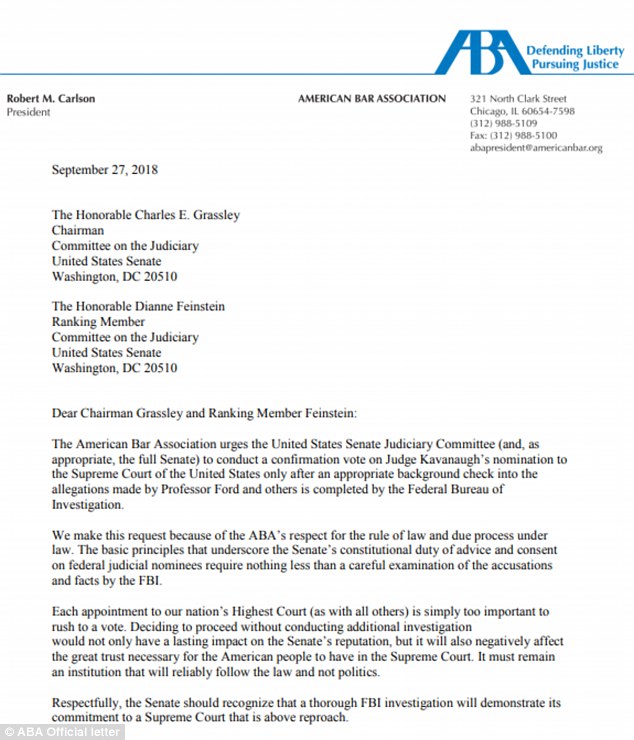 The Senate owes Kavanaugh and Ford ‘nothing less than a careful examination of the accusations and facts by the FBI,’ the ABA’s president wrote to Chuck Grassley Dianne Feinstein

Kavanaugh testified Thursday to the Senate Judiciary Committee, denying an allegation of sexual assault when he was in high school.

Ford reiterated her accusation during the emotionally charged day.

Sanders stressed Trump’s support for Kavanaugh and said he wanted to see a vote. She said Trump thought Kavanaugh’s testimony was ‘powerful, it was riveting and it was honest.’

The ideological split on the ABA’s recommendation was writ large Thursday night on Twitter.

Former Obama White House aide Patrick Cunnane tweeted that it was ‘awkward’ for Trump since the ABA was ‘invoked repeatedly today to bolster Kavanaugh.’ 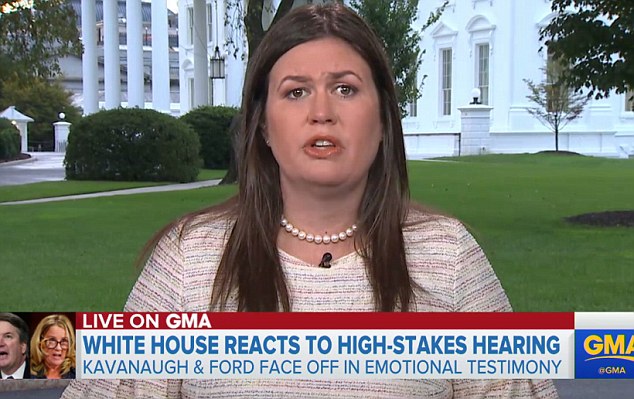 Trump campaign spokeswoman Katrina Pierson wrote that ‘[i]f the American Bar Association doesn’t understand the difference between criminal charges vs. accusations & the respective process involved, one could wonder if paying dues to them would be a detrimental affiliation.’

The Judiciary Committee, on which Republicans hold an 11-10 majority, was to meet on Friday morning and several senators said they expected it to vote then. The full Senate, controlled 51-49 by Trump’s fellow Republicans, could vote within days. 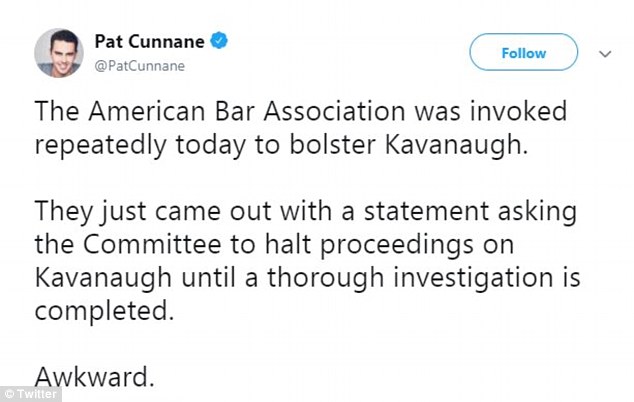 Partisans from both sides, including an Obama White House veteran and a Trump campaign aide, weighed in on the ABA’s demand

Trump nominated Kavanaugh to cement conservative control of the Supreme Court as disputes over abortion rights, immigration, gay rights, voting rights and transgender troops could head toward the justices soon.

Ford’s allegation emerged last week and has been followed by others. Some Democrats have called on Kavanaugh to withdraw in light of the allegations and have said an FBI investigation is needed before any Senate confirmation vote.

‘Each appointment to our nation´s Highest Court (as with all others) is simply too important to rush to a vote,’ Carlson wrote.

‘Deciding to proceed without conducting an additional investigation would not only have a lasting impact on the Senate´s reputation, but it will also negatively affect the great trust necessary for the American people to have in the Supreme Court,’ he added.