An American man has made fun of an Australian tourism ad by claiming the image of two Aboriginal men sitting at Uluru would not entice visitors down under.

David Bronstein, a comedian who proclaims himself as a ‘king’ of late-night TV in North America, saw the ad while out for a walk in Toronto, Canada.

The ‘Don’t Go Small Go Australia’ ad, which features two Aboriginal men sitting by a campfire with Uluru in the background, was placed out the front of Goway Travel – a privately owned North American travel company. 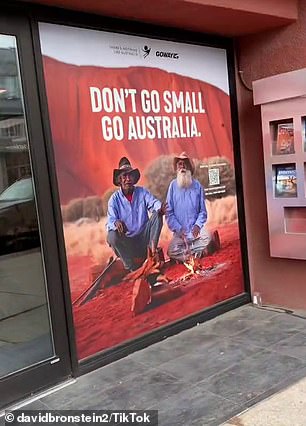 In a video shared on TikTok David Bronstein (left) is heard mocking the ‘Don’t Go Small Go Australia’ ad featuring two Aboriginal men sitting next to a campfire near Uluru (right). The self-proclaimed ‘king’ of late-night TV questioned whether the two men would entice visitors down under

In a video shared on TikTok on July 27, Mr Bronstein questions the effectiveness of the ad as he is heard scoffing at the sign.

‘Are these two… is this going to entice you to go to Australia to meet these two guys?’

Australians commenting on the video were furious and fired back at Mr Bronstein’s ‘awful take’, claiming the late-night TV star shouldn’t worry because ‘we don’t want you’.

‘Shut up mate. Literally just shut the F*** UP,’ one user wrote.

‘Considering that their culture is one of the oldest, yeah, I think, come to Australia. Actually maybe not,’ another user wrote.

A third commented: ‘Two uncles? Hell yeah, would love to hear their stories!!!!! Don’t be a hater mate, might find a new friend or two!!!’

‘Culture and connection to country is something ignorant Americans will never understand,’ a fourth user claimed.

Mr Bronstein was the host and producer of a late-night reality series called American Stripper and sells his ‘DB media empire’ merchandise online. 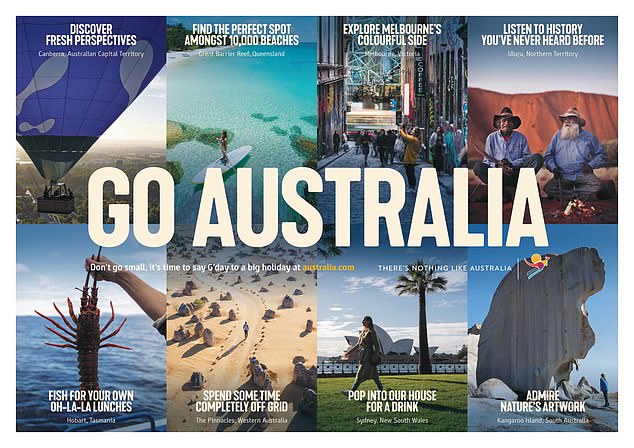 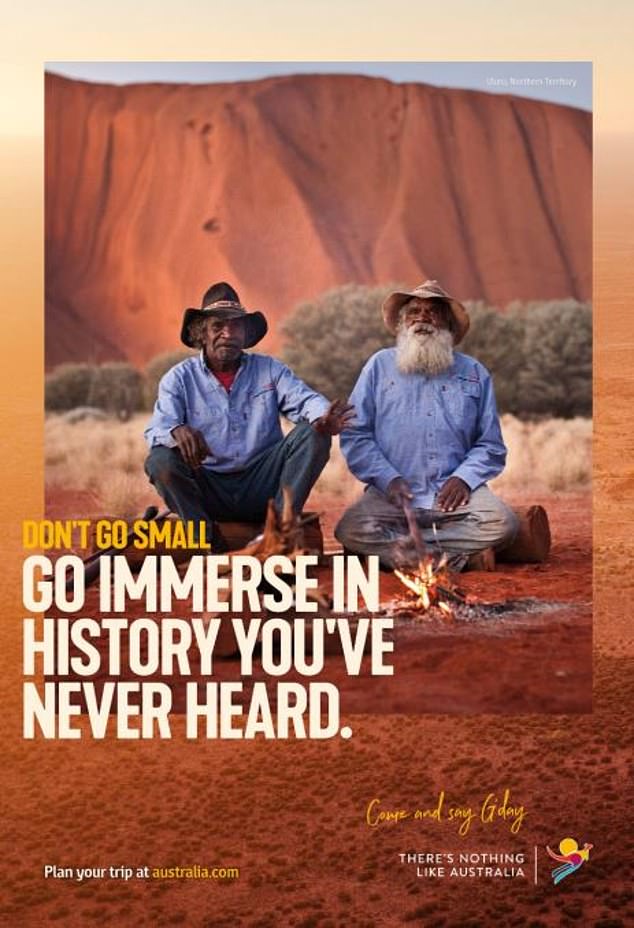 Tourism Australia Managing Director Phillipa Harrison said the campaign would act as a reminder of the country’s iconic destinations and experiences.

‘It’s about reminding travellers whether they are dreaming of discovery or looking for relaxation – Australia is the perfect destination for an epic adventure,’ Ms Harrison said.

‘Australia has amazing icons which we are known and loved for around the world such as the Great Barrier Reef, the awe-inspiring Uluru and the Sydney Harbour Bridge, and now is the time to remind the world of these things.’

The campaign features traditional Aboriginal names of key cities and locations along with first nations people.

Ms Harrison said Australia’s indigenous story was significantly growing in appeal to international visitors and it was important to recognise that was about more than ‘deserts and dot paintings’.