An American expat living in Melbourne has revealed he had never heard of a ‘hook turn’ before moving to Australia and struggles to navigate the tricky intersections.

In a recent TikTok video, Adam Foskey, from Georgia, US, listed things he had never heard of including fairy bread and the term bottle-O.

But it appeared the hook-turn intersections found in Melbourne have been the most troublesome addition to his daily life. 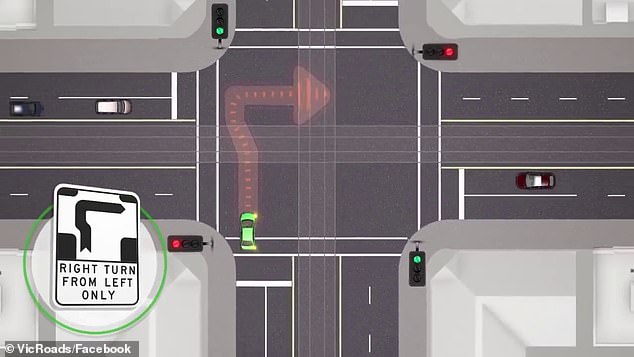 ‘It’s where if you want to take a right turn you have to do it from the left-most outer lane,’ he explained.

‘It’s not at a lot of intersections but it is confusing and I personally don’t like driving through them,’ he said.

But Australians revealed hook turns also confuse them as they are only in Melbourne.

‘Australian here and I have never done a hook turn,’ one woman wrote on the post.

‘Everyone outside of Melbourne is confused by hook turns,’ wrote another.

‘You have triggered every other state and territory by mentioning hook turns like they are a regular thing,’ laughed another.

Hook turns are well sign posted when applicable in the southern city. 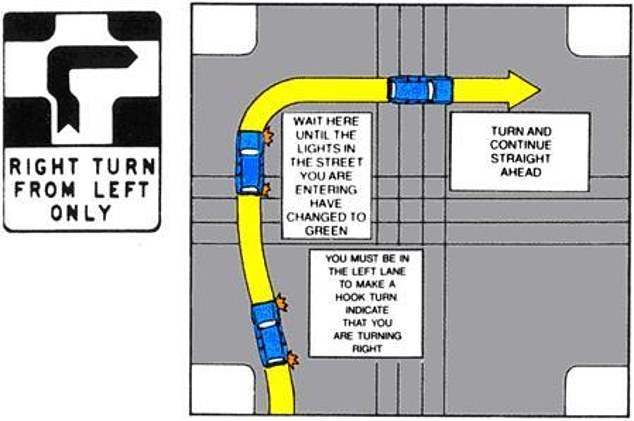 Traffic must wait as far left as possible until the light in the direction they are turning changes to green, this leaves busy intersections free for trams 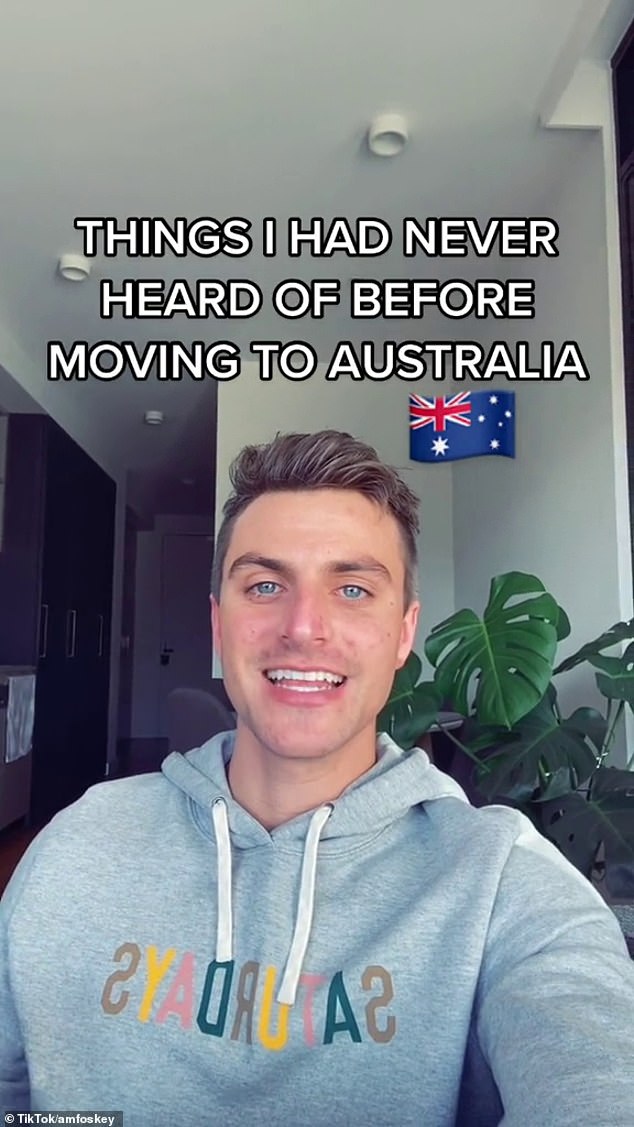 How to perform a hook turn?

Hook turns are unique to Melbourne.

You must make a hook turn at intersections that have a ‘Right Turn from Left Only’ hook turn sign, according to Vic Roads.

A hook turn is a right hand turn you make from the left hand lane.

To do a hook turn you must follow these steps.

1 – Approach and enter the intersection from the far left hand lane and have your right indicator on.

3 – Stay stopped until the traffic lights on the road you are turning into have turned green.

Vic Roads said the rule is down to the unique driving conditions found in Melbourne, namely the city’s large tram network.

The intersections mean traffic isn’t held up by cars wanting to turn right, leaving the tram lines clear for the popular public transport.

This reduces delays to the city’s commuters.

Adam also revealed he had never heard of fairy bread, quokkas or a bottle-O in the viral video.

Recently he made a list of things invented in Australia that he can no longer live without including Tim Tams.

‘I just want to run through a few things which were invented in Australia that I can’t live without,’ he said in his distinct accent. 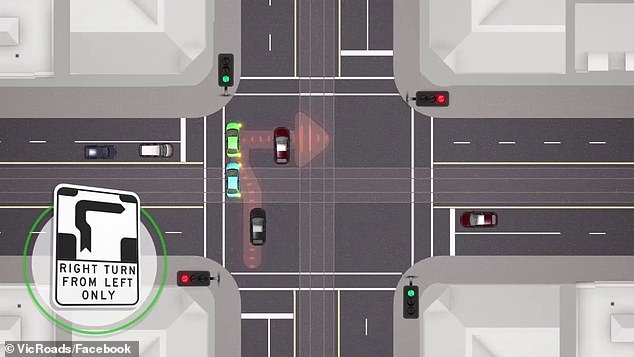 The blue and green cars in this graphic are turning right. The rest of the traffic is able to flow through the intersection uninhibited 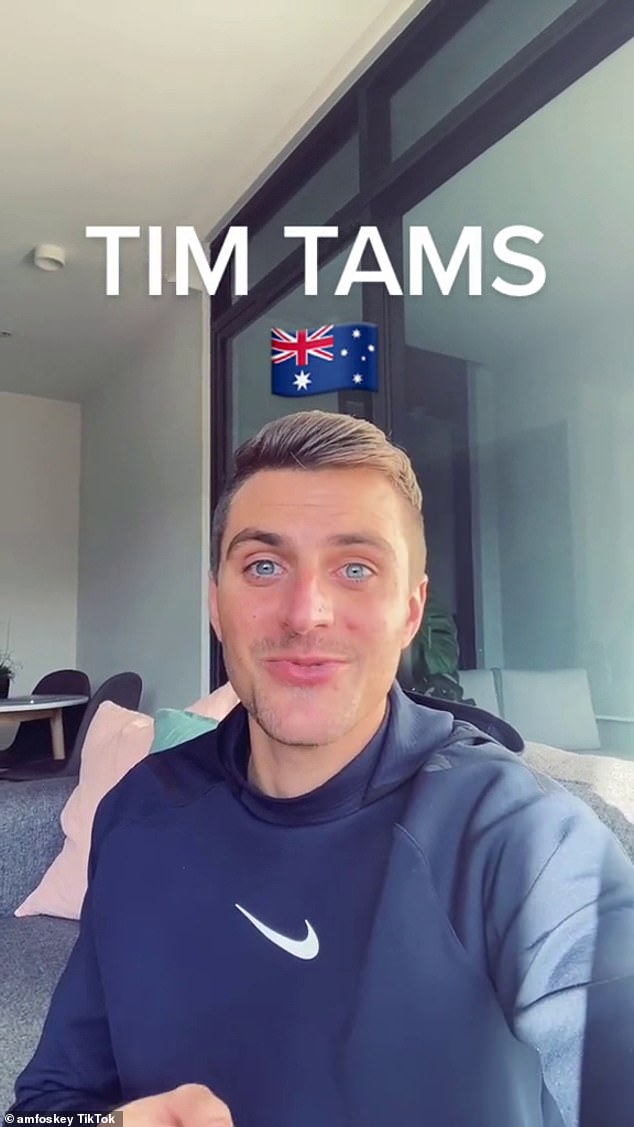 An American expat living in Melbourne has revealed the Australian inventions he can no longer live without, including TimTams, Wifi and Google Maps

‘First thing we have is wifi and on behalf of everyone globally, thankyou Australia,’ he says in the recent video.

‘Secondly we have Tim Tams, specifically the all chocolate ones. I love sweets so y’all know I love these,’ he said.

The expat, who has previously shared viral videos about his life in Australia, also added Google Maps to his list.

The last thing on his list was McCafe which he claims ‘changed the entire McDonald’s game’. 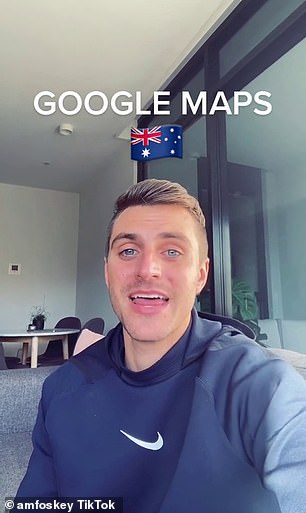 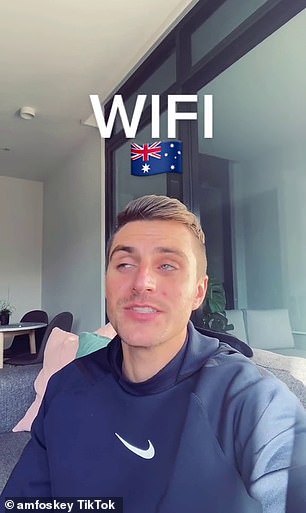 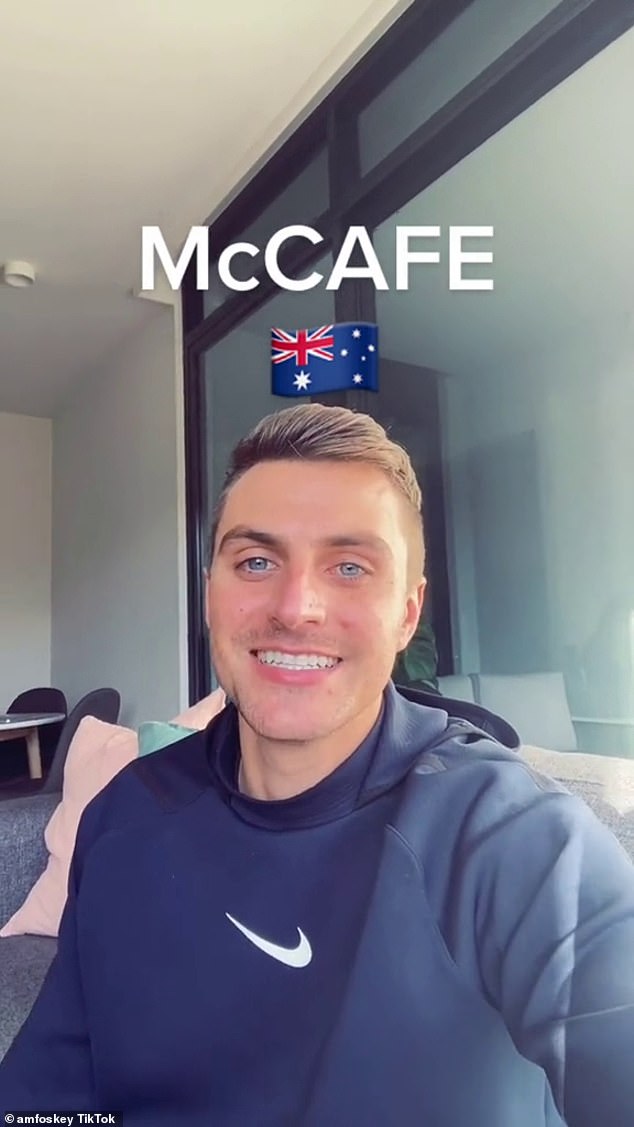 He also said McCafe, which was invented in Australia ‘changed the face of McDonalds

While another offered frozen caramel Tim Tams up as the king of the biscuits.

‘It is hilarious that we invented wifi but you can’t get good wifi in most of the country,’ one woman said.

Another fan offered up their own list of ‘must have’ inventions from Australia.

Including medical penicillin, The inflatable slides on the side of aircraft and the cochlear ear implant.

Recently the American expat shared the unwritten rules of Australia, much to the delight of his fans.

He said there are four habits he advises all overseas residents to form if they want to fit in with ‘true blue’ Aussies.

They include holding onto the handrail on trams, having a go-to coffee order that you always place and walking on the left-hand side of paths and escalators.

Mr Foskey also recommends following an AFL team or at least understanding the sport so you can get involved with the annual Grand Final parties, which he said are ‘always a good time’.

The most important lesson Mr Foskey said he has learned is to always hold on to something while riding the tram around Melbourne.

‘I had to learn this the hard way. We rounded this corner at 90 miles an hour, next thing I know I’m sprawled on the floor with 10 other people,’ he said.

Mr Foskey’s observation is grossly exaggerated as statistics from network operator Yarra Trams show trams move sluggishly around the Victorian capital at an average speed of just 16 kilometres per hour. 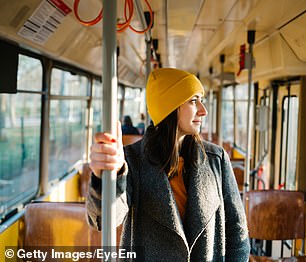 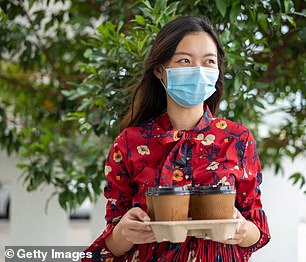 Next, he encouraged viewers to stick to the left side while out and about in the city.

Mr Foskey then urged viewers to choose a favourite AFL team because Australians are more than likely to ask who you support.

‘Also try to keep up with the AFL throughout the year because the Grand Final parties are always a good time,’ he said.

Finally, Mr Foskey said Australians drink ‘a lot of coffee’ so it’s best to have a usual order to save time in the queue.