An American expat has listed the phrases and terms he had never heard of prior to moving to Australia including ‘flogging a dead horse, ‘dunny’ and ‘mozzie’.

Adam Foskey moved from Georgia in the US to Melbourne in 2021 and posted a now-viral TikTok video last week detailing the Aussie terms he deemed to be the most odd.

‘I’m just going to run through a few things I’ve never heard of before moving to Australia,’ Adam. 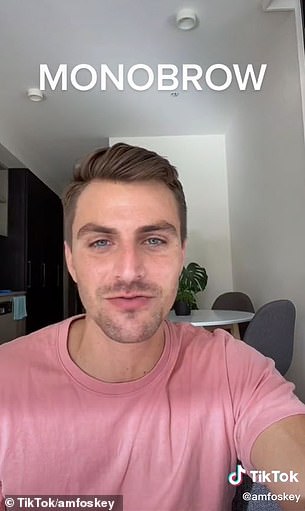 In his own words, Adam said: ‘It just means you’re killing a topic, you’re wearing it out, let’s move on.’

He added how he prefers the Aussie option as ‘flogging’ sounds less aggressive than ‘beating’.

‘Next up, we have the term “monobrow” which just means when your two eyebrows connect in the middle with hair so it’s one single eyebrow,’ Adam said.

In the US, Adam would normally call this a ‘unibrow’ but said he likes both terms equally.

He then elaborated on the word ‘mozzie’ – meaning ‘mosquito’.

‘Y’all know I love my shortened words, so this is 100 per cent something I can get behind,’ Adam said. 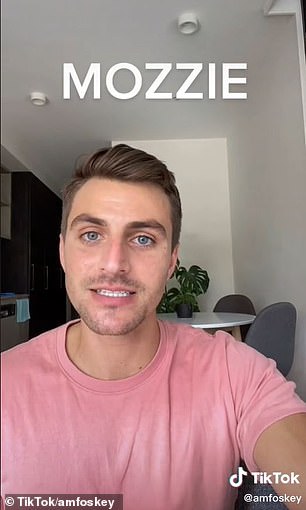 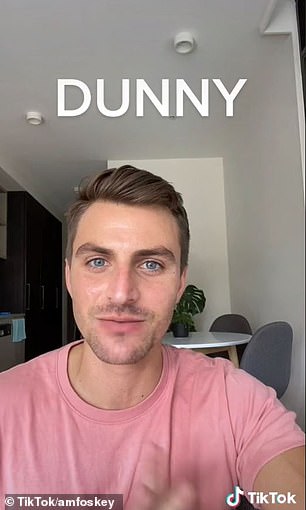 Adam approved of the slang word ‘mozzie’ for mosquito but wasn’t convinced about the term ‘dunny’ for toilet. The TikTok video has since been viewed more than 154,000 times

THE WEATHER: The sun in Australia is strong. I didn’t respect this at all when I arrived. I neglected to buy decent sunscreen and paid the price with bad sunburn. My skin blistered and peeled off for weeks afterwards. The sun is deadly in Australia, take precautions or you’ll end up redder than a lobster!

AUSTRALIANS SWEAR A LOT: I didn’t realise this until I went round to the house where the girl I was seeing at the time lived. Two of her housemates were Australian and were not shy of blurting expletives out at every opportunity. The use of one word, in particular, struck me. They would call me a ‘good c**t.’ I would never dream of using this word in England. Never mind, as a form of praise for somebody.

BEER SIZES: In England, when you ask for a beer you get a pint. In Australia, you don’t get pints, you get a schooner, which is 3/4 of a pint. Then, if you’re in a state such as Victoria, you might get a pot, which is more or less a 1/2 pint. The worst part about this? The smaller sizes cost more than a pint back in England.

COFFEE: Coffee in Australia is so much better than any of the rubbish they drink in America that it’s almost sad.

‘And lastly we have the word “dunny” which means toilet. I don’t quiet understand the connection between the two words, so I still think I prefer the word “toilet” over “dunny”,’ he added.

The video has since been viewed more than 154,000 times and received over 7300 ‘likes’, with some elaborating on what the Aussie terms mean.

‘Dunny usually refers to an outside toilet. It’s a shortened version of British word Dunnekin,’ one person explained in the comments.

Another added: ‘Some of us say “loo” instead of “dunny”.’

‘Have you looked up what a flogging is? As an Aussie I find it a lot more aggressive than beating. Just different cultures on one word,’ a third said.

Others gushed over Adam’s southern accent and described it as ‘adorable’.