New American Express customers could earn £264 in Nectar points or £150 in Amazon vouchers after the credit card provider boosted its sign-up offer ahead of the Christmas run-in.

Those signing up to its Preferred Rewards Gold credit card will now bag 30,000 membership reward points instead of the usual 20,000 if they spend £3,000 or more in three months.

Users will also get one membership reward point for every £1 they spend and two points for any airline or foreign currency purchase.

These points can be used on a variety of things including converting them into hundreds of pounds worth of Nectar points or Amazon vouchers, and also into Avios.

What you need to know

The card is fee-free in the first year, but rises to £140 a year after which can make it not a worthwhile plastic to carry for many into year one.

If you don’t want to continue using the card after taking advantage of the bonus, remember to cancel it before a year is up.

If you do build up a big pot of points and want to continue, you can switch to a fee-free membership rewards cards such as the American Express Rewards credit card.

There are a number of benefits included with the card such as cardholders receiving up to £5 twice each month for Deliveroo purchases charged to the card.

Customers can also take advantage of two complimentary lounge visits per year at over 1,200 airport lounges globally – which could benefit those looking to take a trip in the next 12 months.

Those who invite friend can earn at least 6,000 bonus membership rewards points if they are approved – up to 90,000 points a year.

Cardholders sticking with the card after the first year can also earn an additional 10,000 membership rewards points each year when spending at least £15,000 within the 12-month period of their card anniversary.

But play by the rules… or wipe out benefits

Users should be cautious and ensure they pay off at least the minimum amount each month – but preferably the balance as they go along, or get stung by sky-high interest.

That means if you’re considering this card, you must ensure you have a way to pay it back almost immediately.

Customers will also not qualify for the introductory bonus if they have had a personal Amex in the last two years. 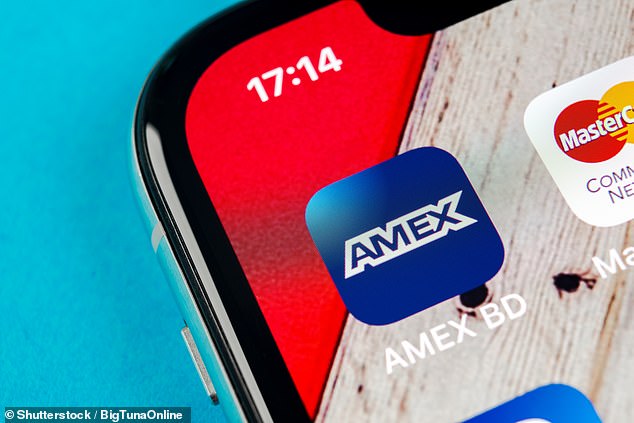 Customers beware: Whilst the Gold card is fee-free in the first year, it rises to £140 a year after

Is it worth signing up?

Experts believe the card is one of the best currently available, especially with the extra sign-up bonus on offer.

Rob Burgess, Head for Points, said: ‘Whilst you may think that Amex has a slightly lofty reputation if you have never had one before, there is no minimum income requirement.

‘This doesn’t mean that they will accept anyone, however. It means that the gap between your income and expenditure is more important than your income alone.

‘Also, forget the idea that no-one accepts Amex. Every big chain takes it – B&Q was the last hold-out but finally signed up in May 2021.

‘You will have issues in some smaller stores, and it is rare that you can pay a utility bill with an Amex but acceptance, as a percentage of your shopping bill, is good.’

However, customers should be realistic about how much they need to spend to make the most of the rewards.

Burgess added: ‘It is hard to make a case for keeping the card beyond the first year, unless you manage to spend £15,000 per year to trigger the annual bonus of 10,000 Amex points.

‘It also depends how much money you manage to make from Amex cashback offers throughout the year and promotions such as shop small.’ 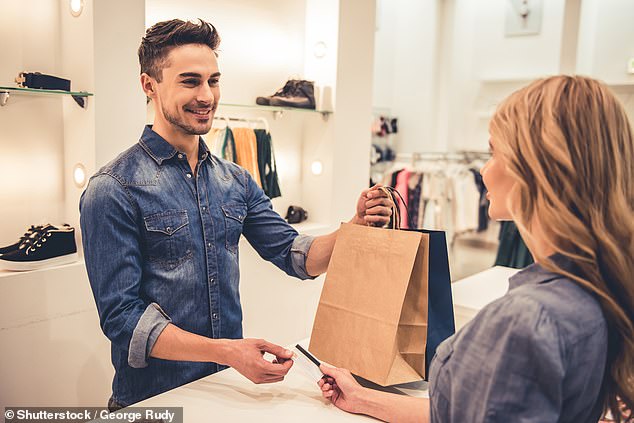 Other rewards are being slashed

The boost to Amex’s Gold reward card comes after the card provider has slashed the amounts customers earn using its cashback credit cards.

Its free customers used to receive 1 per cent cashback when spending more than £5,000 annually, but under the changes any spending up to £10,000 now only earns 0.5 per cent.

Meanwhile, paying card holders earn 0.75 per cent cashback on spending up to £10,000, down from the previous rate of 1 per cent.

What other cards are offering special sign up bonuses?

There are a number of credit cards with special sign up bonuses currently available on the market.

This is Money, with help from Head for Points, has collated some of the top ones on offer – and the same rules apply, make sure you can pay off the balances or wipe out any benefits:

The sign-up bonus has been increased to 2,000 Virgin Points from nothing. The points can be spent on a variety of things from flights to days out. Each point is worth 55p.

To redeem the offer customers need to spend £500 in 90 days with a Representative 22.9 per cent APR variable.

The deal ends on 15 October and customers cannot have had a Virgin Money-issued credit card in the previous six months.

Those joining will need to spend £3,000 in 90 days to redeem the bonus and they cannot have had either British Airways American Express card in the past 24 months.

The card is £250 per year with a refund available pro-rata if you cancel.

However, the interest is also high with the Representative 101.1 per cent APR variable based on a £1,200 limit and £250 annual fee. The deal ends on 2 November.

3. The Platinum Card from American Express

Another Amex card, the sign-up bonus for this one is increased to 60,000 Membership Rewards points from 30,000. These convert to Avios at 1:1 and to many other airline and hotel schemes.

However, customers will need to spend £6,000 in six months and the card is £575, refundable pro-rata if you cancel.

To qualify, you cannot have had a personal Gold or Platinum American Express card in the past 24 months, or any other niche personal Amex card which also gives Membership Rewards points.  The deal ends on 2 November.