An American TikTok star has become a viral sensation after trying British snacks for the first time including Kinder Buenos, Jaffa Cakes and Irn Bru .

Holly Auna, 28, from Tennessee has also tried the likes of Vimto and Ribena – but shocked her British fans when she drank the blackcurrant squash straight from the bottle, later saying she didn’t know it needed to be diluted.

She also tried Jaffa Cakes, which she rated seven out of 10 because she’s not a fan of chocolate and orange flavours together, but gave Ir Bru the thumbs up, saying it was better than Cream Soda.

Tayto crisps from Ireland were also a hit, with Holly declaring: ‘They smell not like anything I’ve smelled before. These are the best potato chips I’ve ever had in my life. America what are you doing? Why don’t we have Tayto chips?’ 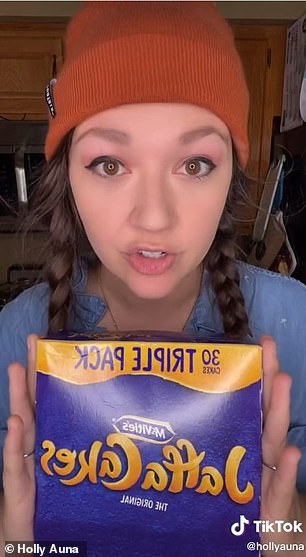 Holly Auna, 28, from Tennessee has become a viral sensation after trying British snacks including Kinder Buenos, Jaffa Cakes (rifht) and Irn Bru. Holly’s venture into UK snacks started when she reacted to a British woman’s video discussing how Ribena isn’t sold in the US because blackcurrants have historically been banned due to being them being a for a disease that threatened to annihilate all pines in the country

Holly’s venture into UK snacks started when she reacted to a British woman’s video discussing how Ribena isn’t sold in the US.

She said it was because blackcurrants have historically been banned due to carrying a disease that threatened to annihilate all pines in the country, although that has now been lifted in some states.

‘As soon as I saw that video I went on Amazon and ordered some Ribena,’ she explained.

‘Ribena is made from blackcurrant plants, we don’t have these in the US, I’ve never heard of these before,’ she went on. 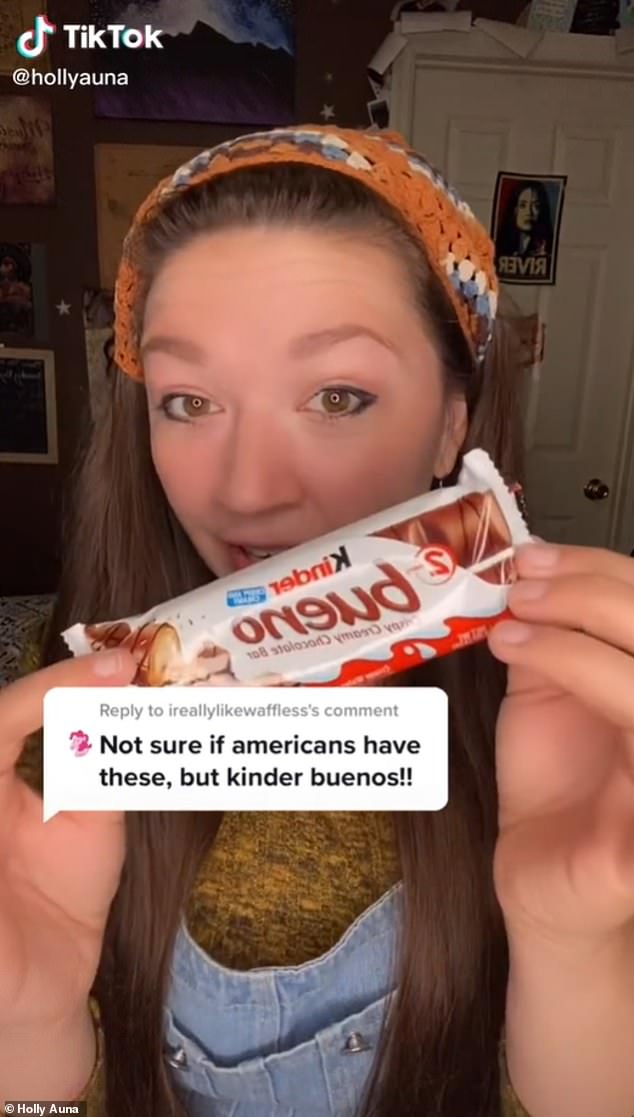 Opening the bottle for a taste test, she added: ‘This is my first time having Ribena or anything that’s blackcurrant flavoured, it smells like beets.

She then took a swig of the drink straight from the bottle and declared: ‘That’s really good!’

‘I really don’t like the smell combined with the flavour but just the flavour’.

Her video was quickly hit with thousands of comments telling her she need to dilute the squash.

‘My British soul died, you chugged it straight!!’ said one.

‘Sitting here thinking please don’t drink it neat – and you did!’ said another.

‘I was screaming at my phone!’ wrote a third. 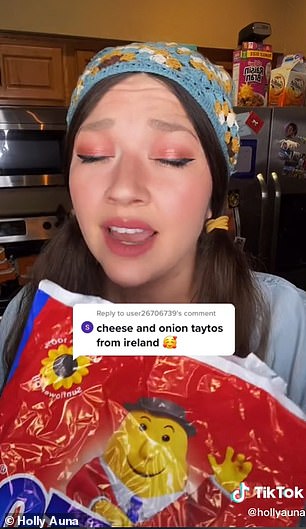 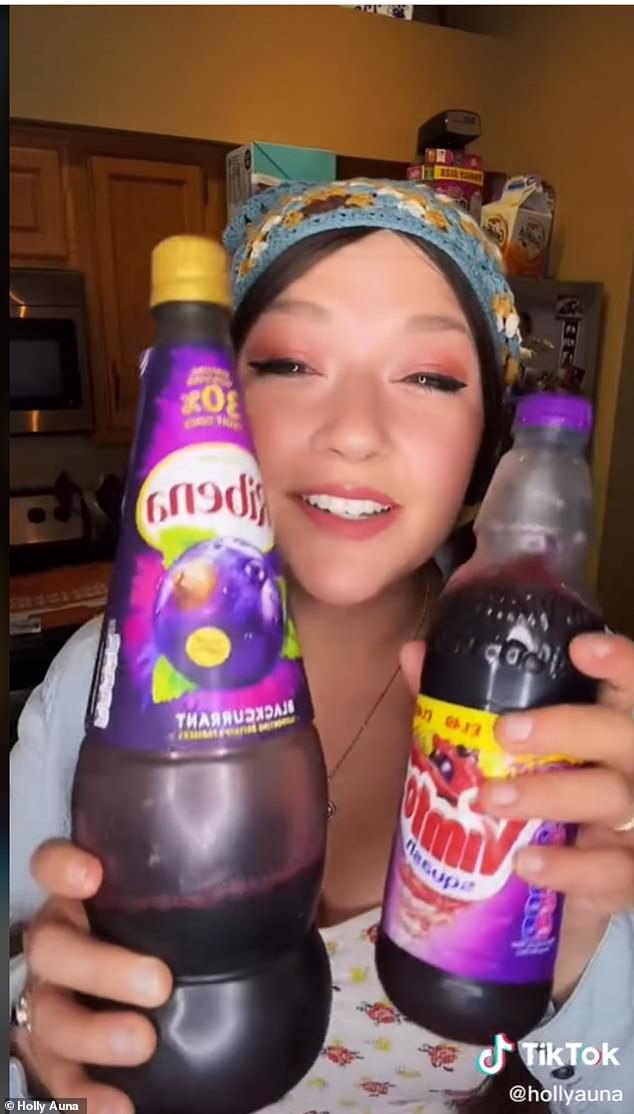 Some fans also suggested ‘vimto was better’ – which she agreed with after trying it herself.

She later tried it with water where she said ‘I had never heard of a squash or a cordial until this week.

‘That’s way better, that tastes like an actual drink – not syrup’.

Some fans also suggested ‘Vimto was better’ – which she agreed with after trying it herself.

Holly also tried Irn Bru, which she said ‘tasted like cream soda but better’ and ‘also a bit like Fanta’.

Many quickly swooped in with other comments suggesting food for her to try.

After a follower suggestion she tried a Jaffa Cake – which she said smelt ‘so good’ before even opening it.

‘Is that orange and chocolate?’ she questioned.

‘Under the chocolate there’s a little layer of jam or something, that’s wild.

‘While I recognise that these are delicious, I’m not a huge fan of orange and chocolate, so I’d rate these 7/10’.

She also tried Welsh cakes which she called ‘so good and crumbly’ as well as Kinder Buenos which she described as ‘not super sweet’ and ‘really good’.