Alejandro Aranda was pegged to win American Idol during the second episode Wednesday of season 17 on ABC.

The 24-year-old self-taught singer and musician performed original song Out Loud and left the judges speechless.

The dishwasher from Pomona, California started his song with a flurry on his guitar and immediately impressed judges Lionel Richie, 69, and Luke Bryan, 42.

Lionel, Luke and Katy Perry, 34, gave Alejandro a standing ovation after his performance.

‘That was the greatest,’ Lionel said as he walked up onto the stage to hug the street busker.

Lionel then asked Alejandro to perform another song on the piano and he obliged.

Luke afterward said that he was in the ‘presence of greatness’. 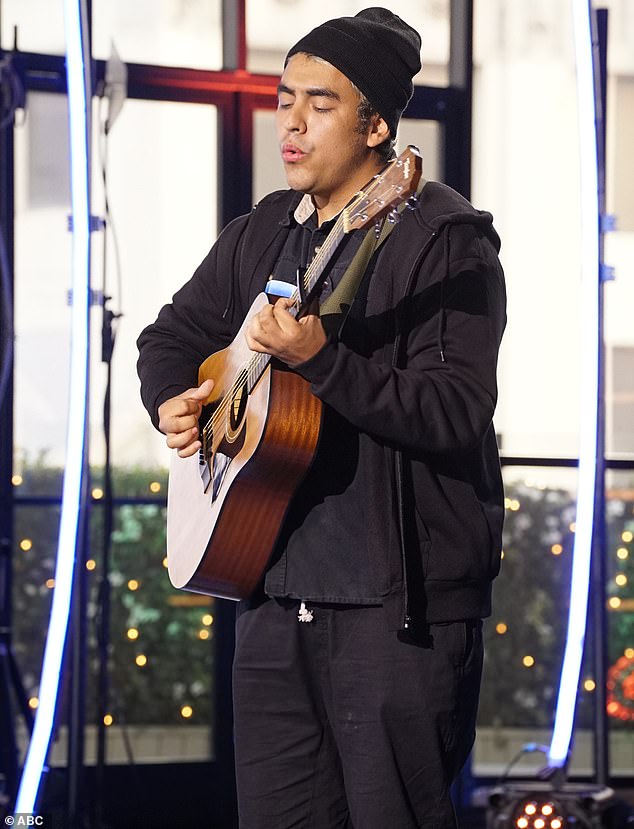 Street singer: The 24-year-old busker sang his own original song Out Loud 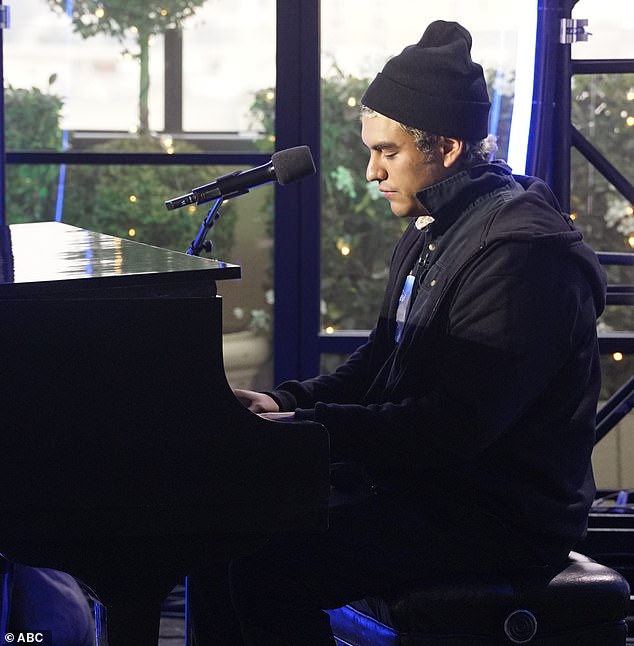 On piano: Alejandro was urged by judge Lionel Richie to perform another song on piano

‘It’s like watching my favorite movie and don’t want it to end,’ Luke gushed.

Katy asked Alejandro if he believed he was the next American Idol and he said he didn’t know, but knew that he was ‘hard working’.

She then asked for his musical inspirations and Alejandro replied, ‘Trent Reznor, Chopin and Bach’. 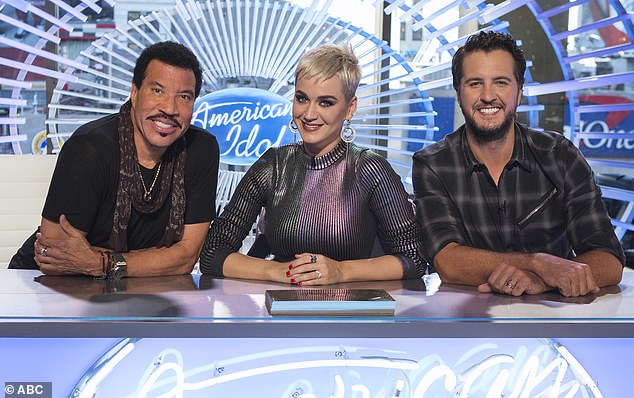 The judges: Lionel, Katy Perry and Luke Bryan evaluated the talent on the ABC show

Alejandro humbled accepted his Golden Ticket to Hollywood as Katy told him to ‘stay humble’.

‘That was the best thing I’ve ever witnessed,’ Luke said as Alejandro departed. 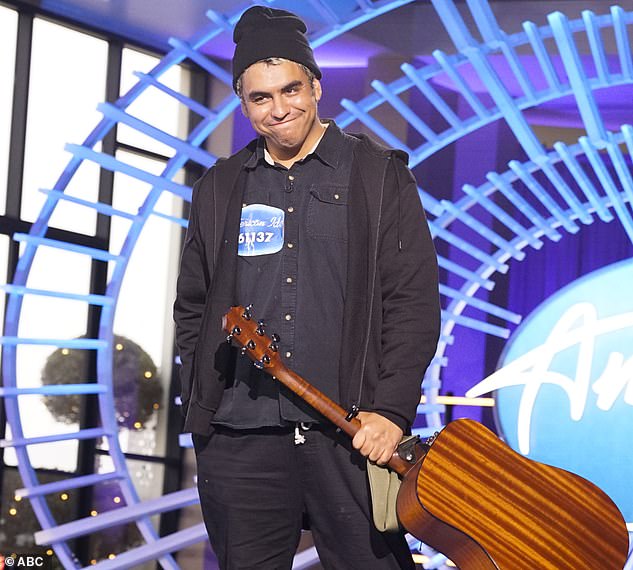 Best audition: Alejandro’s audition was the highlight of the two-hour show

The episode also featured an emotional performance by blind singer Shayy that brought all the judges to tears.

The 17-year-old high school student lost her sight about a year ago due to a brain tumor.

She performed Rise Up by Andra Day and Lionel was left an emotional wreck by her rendition. 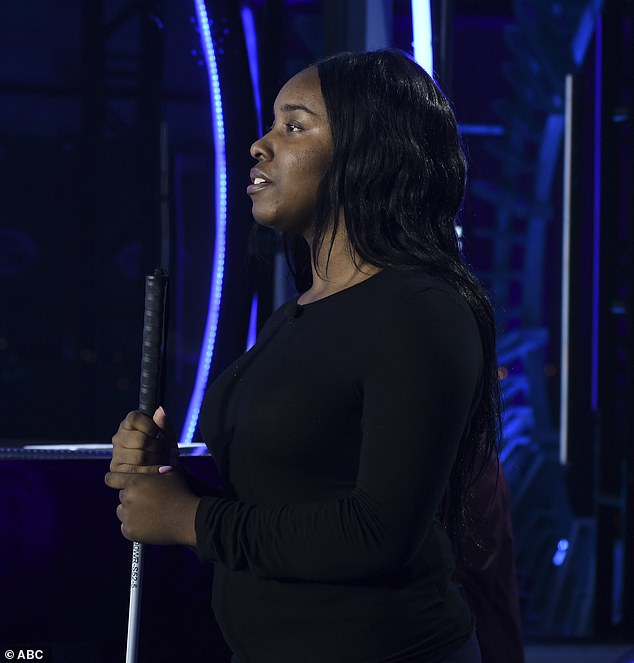 Emotional performance: Shayy who lost her sight about a year ago performed Rise Up 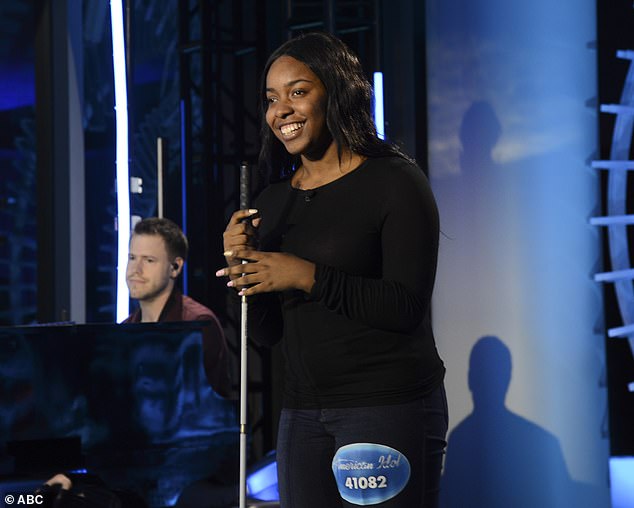 Nailed it: The 17-year-old singer moved the judges with her performance and earned a Golden Ticket to Hollywood

‘You touched me,’ Lionel said while wiping away tears.

Luke also enjoyed a fun reunion with Ethan Payne, 15, who first met the country superstar as part of Make A Wish two years ago.

Ethan was diagnosed at 18 months with cystic fibrosis and Luke while lifting his spirits invited the boy to sing in front of 50,000 people with him. 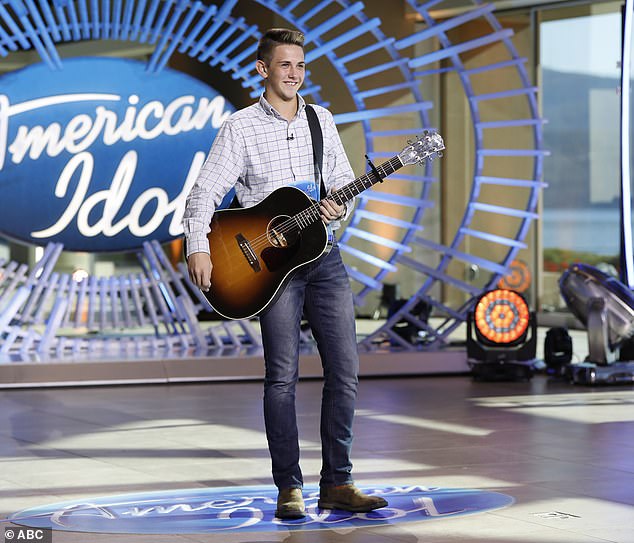 Teen talent: Ethan Payne, 15, auditioned after being gifted a guitar by Luke during a Make A Wish meeting

Luke even gave the boy his guitar and Ethan brought it back for audition.

He invited Luke to join him for his own song Do I and easily earned a Golden Ticket to Hollywood.

‘I was physically nervous when i started, so this is a nightmare for these kids,’ Luke admitted after performing with Ethan. 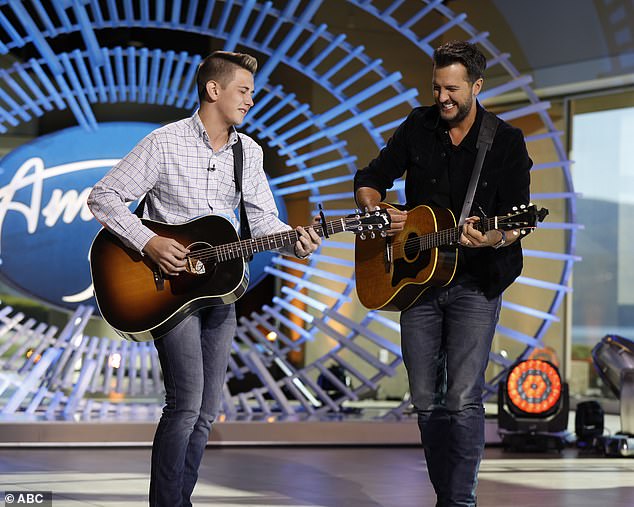 Together again: Luke joined Ethan on the stage as the teen auditioned to the country singer’s song Do I

Courtney Penry, 25, was the first to audition during the episode and was returning after trying out in 2011 when she had a mad crush on host Ryan Seacrest, 44.

She showed off her engagment ring and introduced fiance Seth Fleming to Ryan.

The Houston hopeful performed Parachute by Chris Pendleton and Katy asked for more. 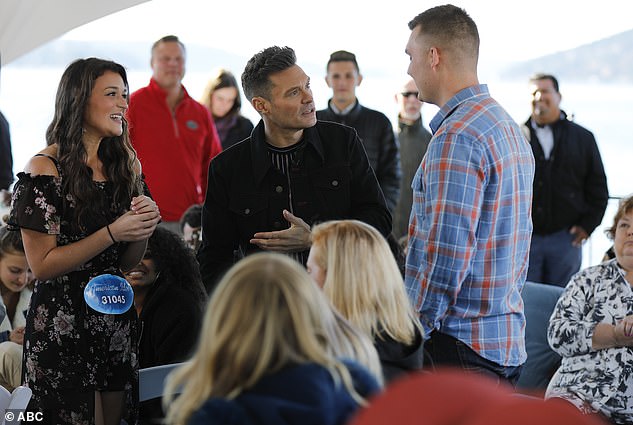 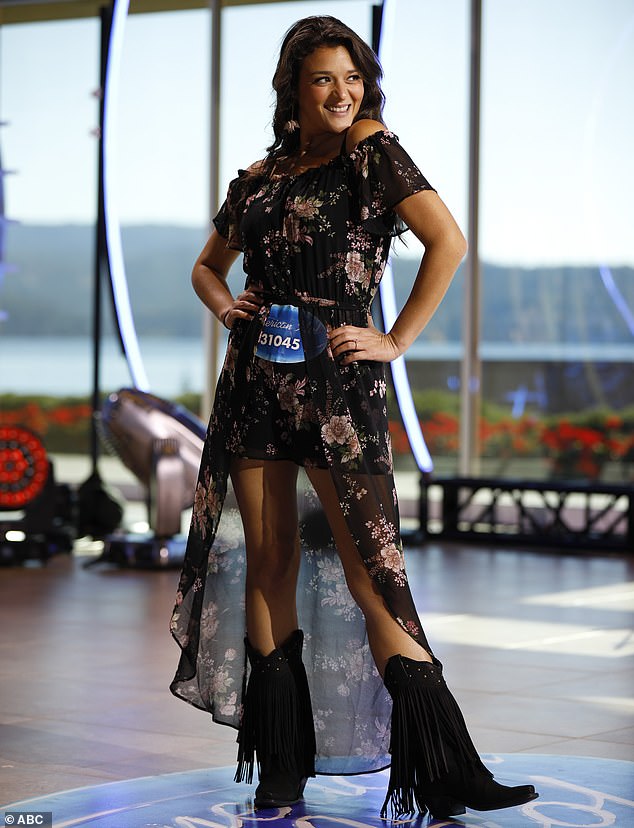 She’s back: The singer was back after auditioning in 2011 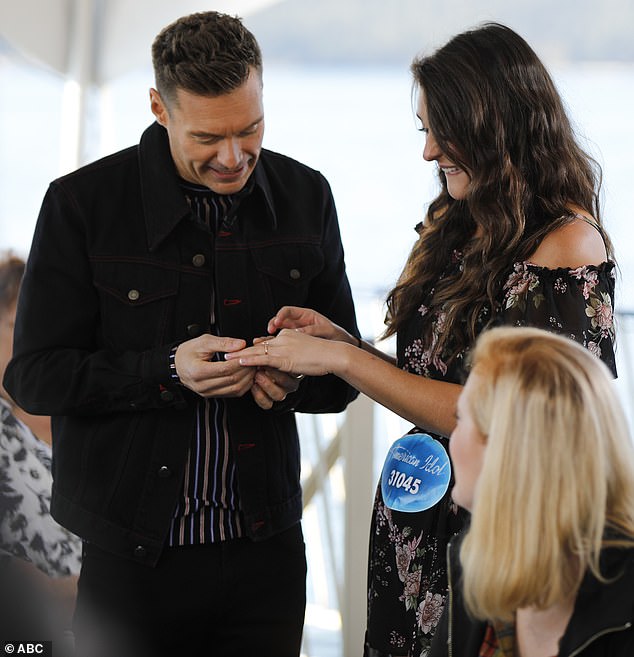 The ring: Courtney showed off her engagment ring to Ryan 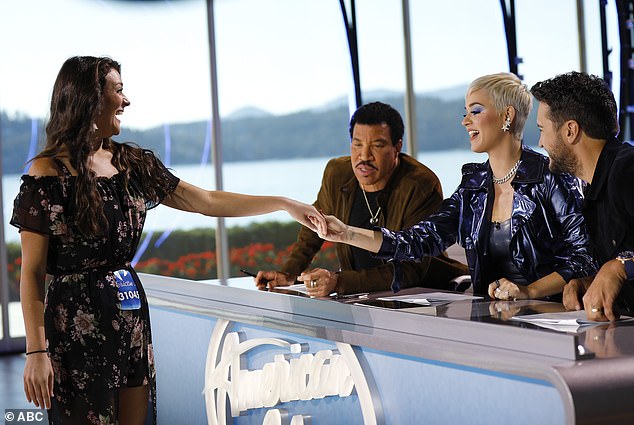 Courtney opened her voice while singing Girl Crush by Little Big Town and all three judges voted ‘yes’ to send her to Hollywood.

Logan Johnson, 20, from Boise, Idaho, auditioned after overcoming an addiction to painkillers.

His brother Connor also struggled with drug abuse and their mother Nanette admitted their ‘family needs a win’. 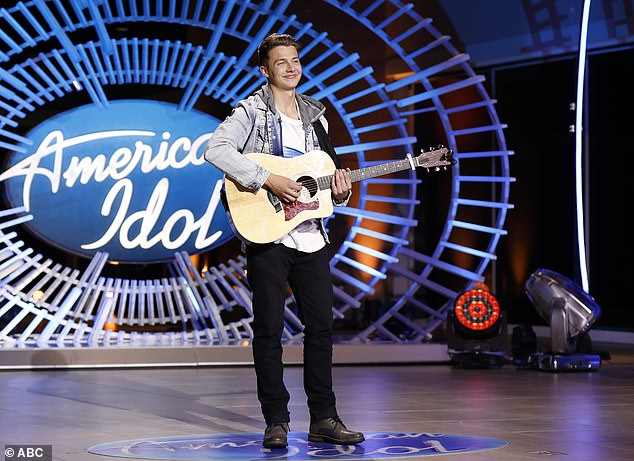 Logan celebrated eight months of sobriety by auditioning to Sober by Demi Lovato and his family was brought in to enjoy the moment as the judges said he was going to Hollywood.

Eddie Island, 25, from Nashville, auditioned in Los Angeles and formed an instant connection with Katy over the ‘googly eyes’ on his guitar that matched her nails.

The so-called ‘mayor of Nashville’ performed an original song and all three judges agreed to send him to the next round. 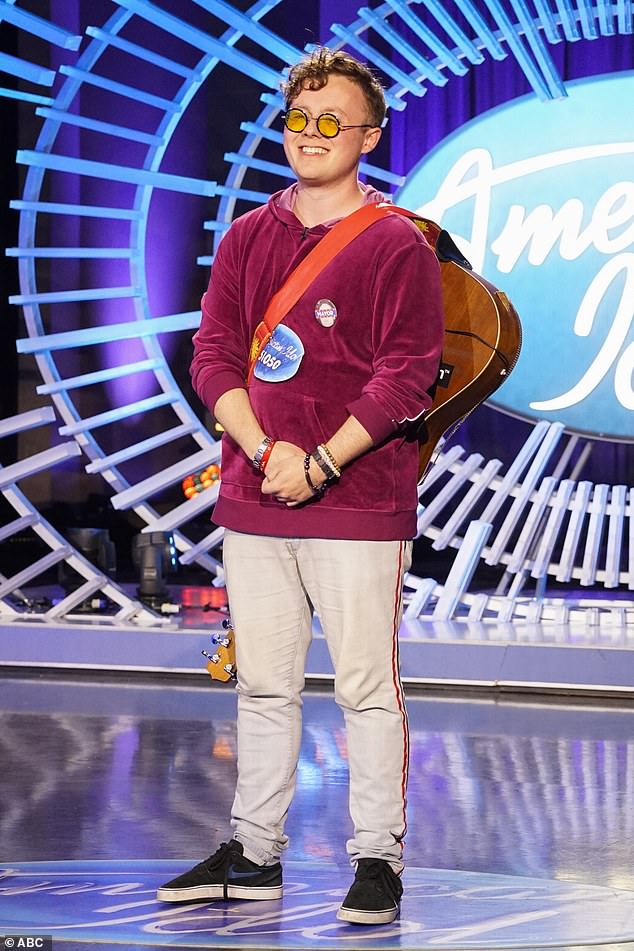 He brought out strawberries from his far for the judges before growling out the song.

Katy predicted that he would finish in the Top 10 on the show and all together the judges announced he was going to Hollywood. 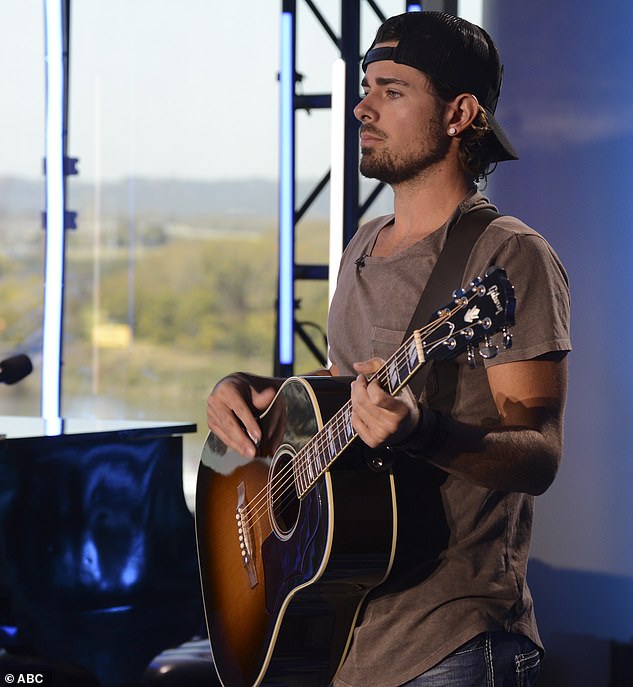 Strawberry farmer: Kason Lester brought the judges strawberries from his farm before getting a Golden Ticket to Hollywood

Army Sergeant Landen Knowlton drilled the judges at Katy’s urging and they did push ups and stood at attention at his command.

The Mississipi singer played guitar during his audition and received three votes to send him to Hollywood.

Jake Durkin, 25, also advanced along with Cory Young from Temecula, California and Betsy Jo who received $20 from Katy as well as a Golden Ticket. 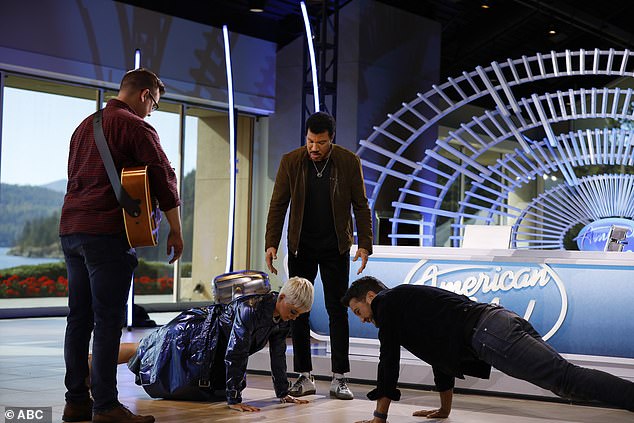 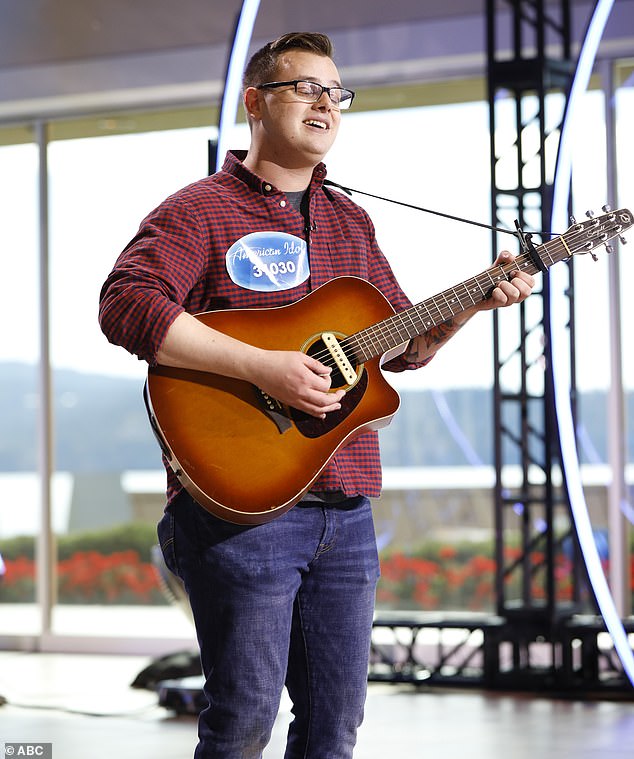 Ticket winner: The Army sergeant got a ticket to Hollywood 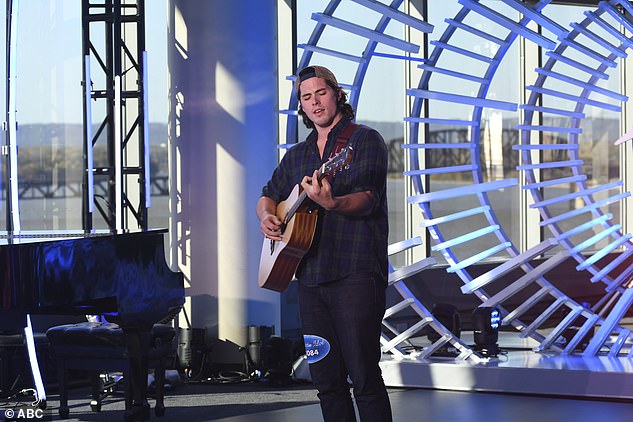 Next round: Jake Durkin also advanced to the next round 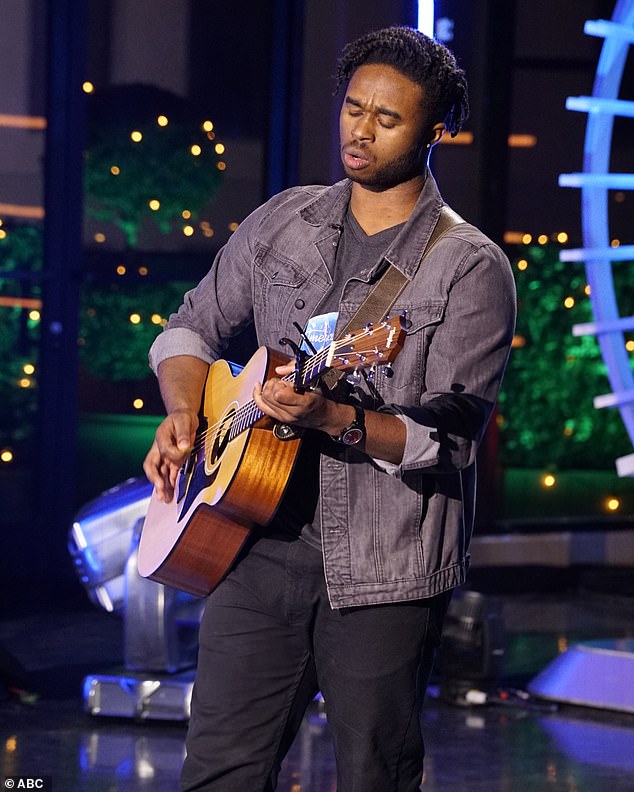 Guitar player: Cory Young played guitar and sang as he advanced to Hollywood 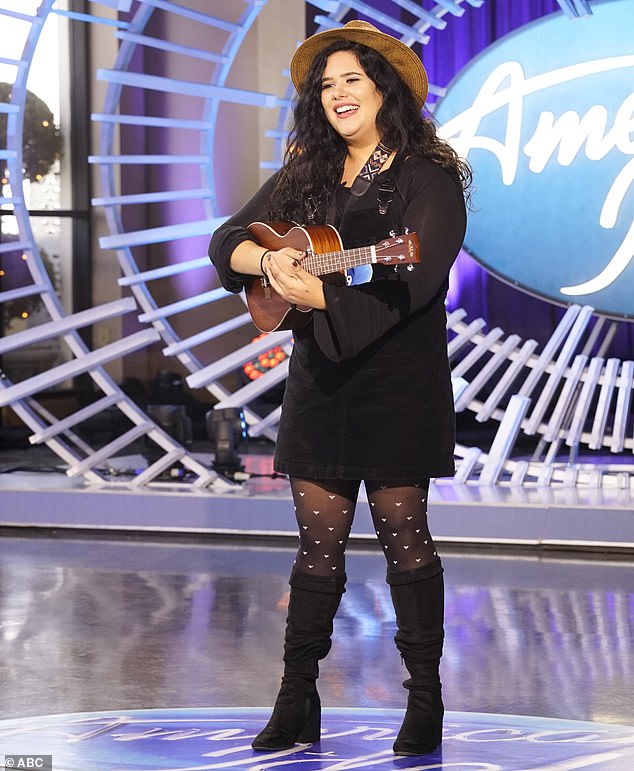 Money and ticket: Betsy Jo got $20 from Katy along with her ticket to Hollywood

Juan Pablo, 26, of Mexico woke up the judges after they were getting sleepy at auditions with his spirited rendition of Besame Mucho.

The Los Angeles resident left Katy fanning herself and she pretended to star in a telenovela with him.

Lionel called Juan Pablo a ‘star in the making’ as all three judges voted to send him to Hollywood.

American Idol will return on Sunday on ABC. 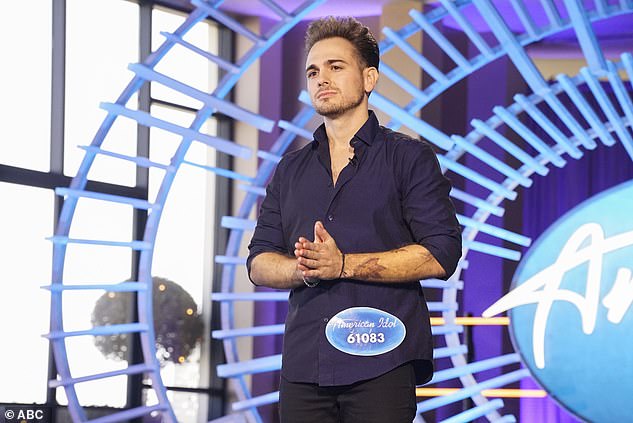 Spanish language: Juan Pablo woke up the judges with a spirited rendition of Besame Mucho 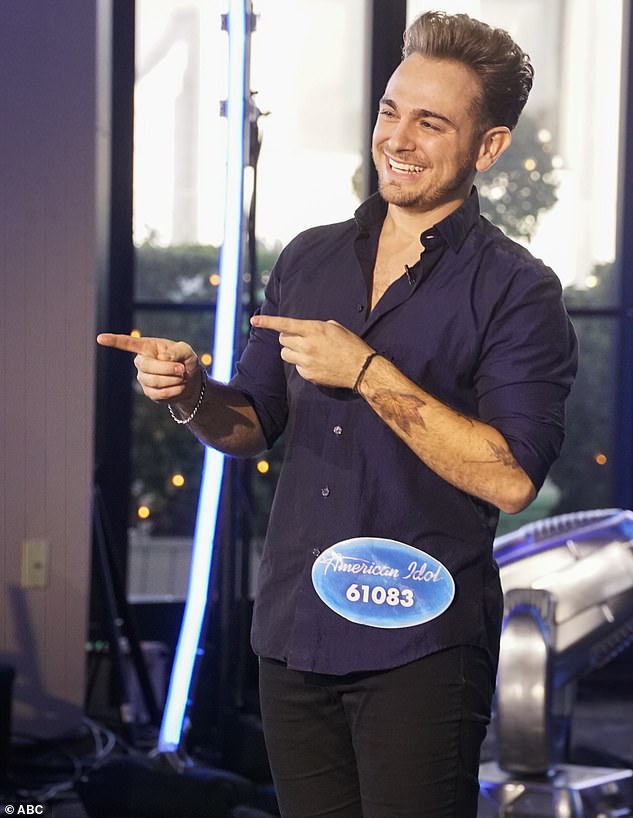 Star power: The singer who was born in Mexico and lives in Los Angeles was called a ‘star in the making’ and earned a Golden Ticket to Hollywood