Baby on the way! American Idol alum Danny Gokey and wife are expecting their third child

American Idol alum Danny Gokey is going to be a father to baby number three later this year with his 30-year-old wife Leyicet Peralta.

The 30-year-old singer broke the news to PEOPLE on Thursday, saying ”Literally, Dec. 31, she showed me the pregnancy stick and I was like, ‘You’re kidding me, you’re serious?’

Baby on board! American Idol alum Danny Gokey, 30, is going to be a father to baby number three later this year with his 30-year-old wife Leyicet Peralta

‘I was on cloud nine,’ he continued.

The couple already have two kids, Daniel Emanuel who is four and two-year-old Victoria Isabella.

The working singer, who placed third on season eight of the hit show, joked that his son doesn’t quite understand the concept of mommy being pregnant. 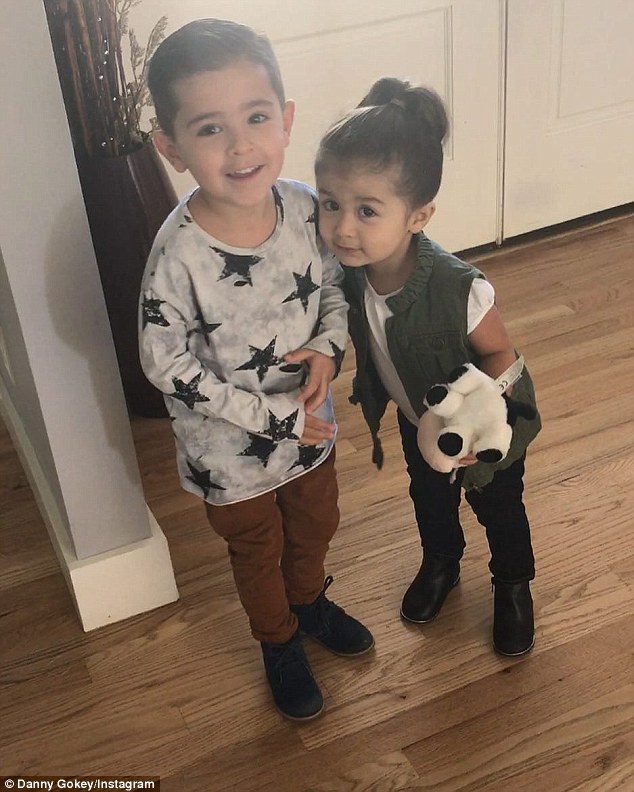 Gokey is a dedicated father who wants to spend as much time with his family as possible.

In fact, he told PEOPLE he decided to buy a bus last year, so his entire family could come with him while he tour around America.

He admits it was definitely a big investment that he wasn’t sure he would be able to afford, but went ahead with it anyway. 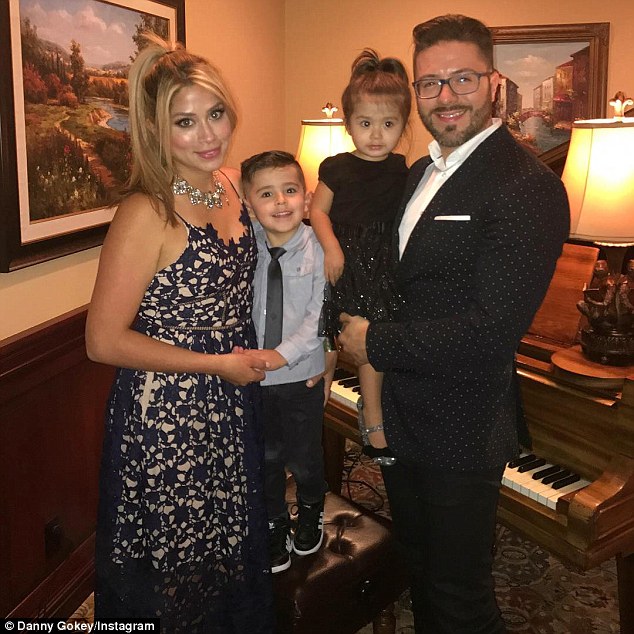 Family man! Gokey told PEOPLE he recently bought a bus so his family could go on tour with him

‘I refuse to miss out on my children’s lives,’ Gokey told the magazine. ‘I think we need to invest in the right things and they’ll take care of themselves.’

He posted a funny moment on social media that he says wouldn’t have been possible without his tour bus.

In the photo, the family is seen praying around the dinner table before digging into their meal.

The working dad has been busy on tour, opening with acts like Natalie Grant during a Christmas special late last year. 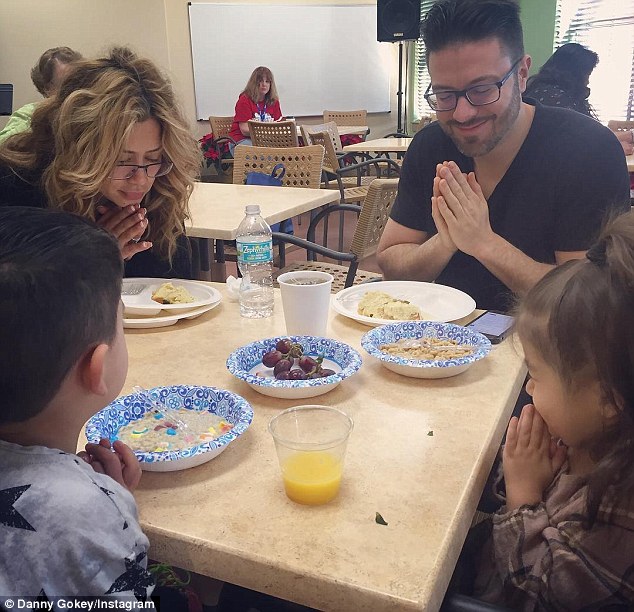 Family time: He posted a heartwarming moment on social media of the family praying together before enjoying a meal