American Idol former co-host Brian Dunkleman opens up about struggling with depression in the years after quitting the hit show: ‘I had a lot of anger’

Brian Dunkleman first gained prominence in the public eye as co-host of season one of American Idol, alongside Ryan Seacrest.

Now, some 17-years on since he quit the show, which went on to become a mega-huge hit for Fox, the 48-year-old has opened about about his battles with depression.

‘Yeah, you go through phases,’ Dunkleman confessed about his long and oftentimes hard journey since leaving Idol in a new interview with GQ.

‘I’m happier now than I was back then. I’m not depressed anymore — I used to struggle with depression a lot. I had a lot of anger.’

Personal demons: Former American Idol co-host Brian Dunkleman, 48, opened up about struggling with depression in the years after he quit the show

The former TV host added that he feels liked he’s turned a corner for the good in his life.

‘I feel like I’m a different person, especially what I’ve gone through in the last five years. I just feel like I’ve come out on the other side.’

He went on to reveal that he takes pride in the fact that he beat out a lot of people to land the gig on American Idol.

‘I was a part of history. I have a completely new appreciation for everything. That’s the difference: I live in gratitude now. I don’t live in resentment,’ he said. 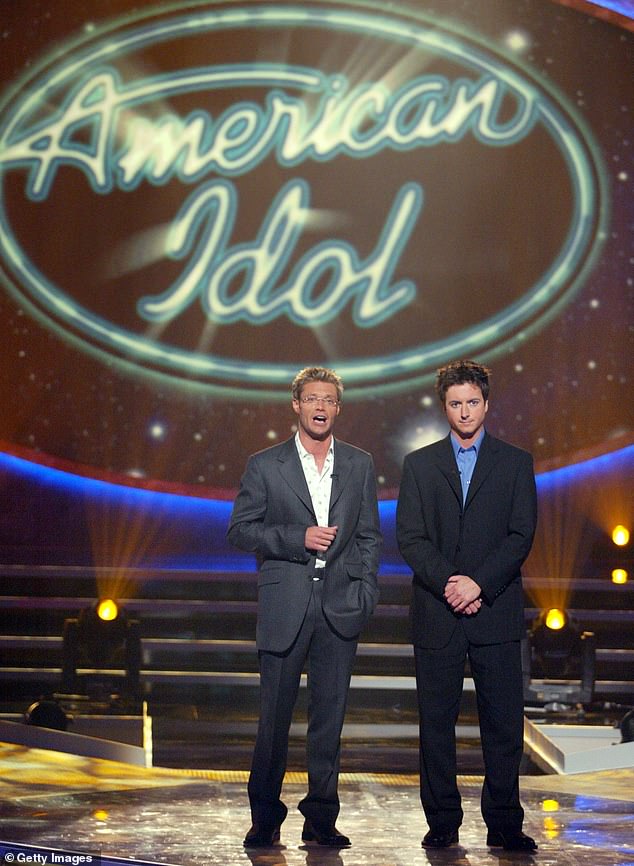 Tough decision: Dunkleman resigned from American Idol after season one in 2002

Dunkleman resigned from American Idol right after the first season to pursue a career as an actor and comedian, thus missing out on millions of dollars, or so he and fans all around the world thought.

In the many years after, he struggled to find work in his preferred professions in Hollywood.

And during that time Dunkleman was constantly reminded of the fortune he missed out on in nearly every avenue of the media, including newspapers, radio and on-line chats and publications. 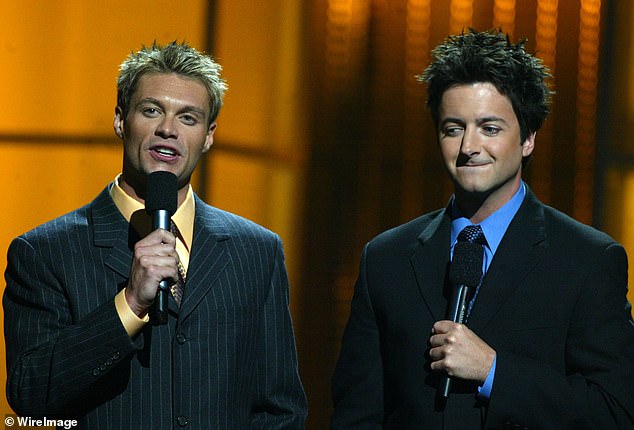 Loud chatter: Dunkleman was constantly reminded of the fortune he missed out on in nearly every avenue of the media, including newspapers, radio and on-line chats and publications

But then in 2016, when he was asked back to appear in the grand finale of Idol, his former bosses confessed that they were planning to fire him before he quit the show.

‘They informed me that they had decided that the show would be better served with just one host,’ he told the Huffington Post. ‘And that I was not that host. But I announced I was quitting before they could tell me. So, I didn’t know that [at the time].

He added: ‘I talked to him [Idol creator Simon Fuller] after the show and he couldn’t have been kinder and more gracious. He said, Brian, we realize that we kind of threw you to the wolves back then, because we knew you didn’t have any hosting experience. But we just thought that you were really funny. It really wasn’t fair to you.’ 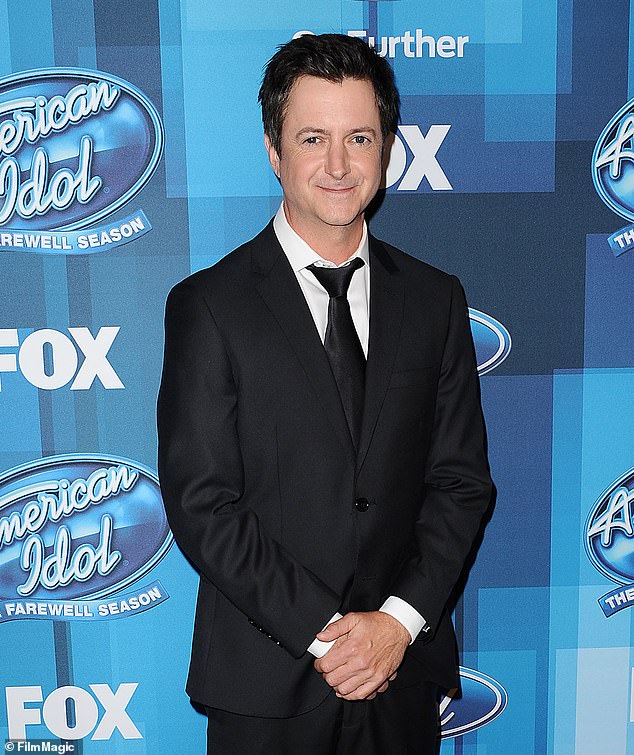 Revelation: When he was asked back for the Idol series finale in 2016, the former TV host found out his former bosses were planning to fire him before he quit the show

Earlier this month Dunkleman got some great news when he was hired to be an announcer on the Family Feud Live: Celebrity Edition tour, his first entertainment gig since his departure from American Idol.

‘I’m joining the @familyfeudlive tour this fall as the announcer, COME ON DOWN! (wrong show),’ the Ellicottville, New York native said in an Instagram post.

Dunkleman will join fellow comics Tom Arnold, Chris Kattan and Pauly Shore on the live adaptation of the game show, as they will be captains of teams populated with attendees.

The break comes just over eight months after TMZ reported that he had been making a living as an Uber driver, and that had been caught in the middle of a nasty divorce and child custody case with his estranged wife. 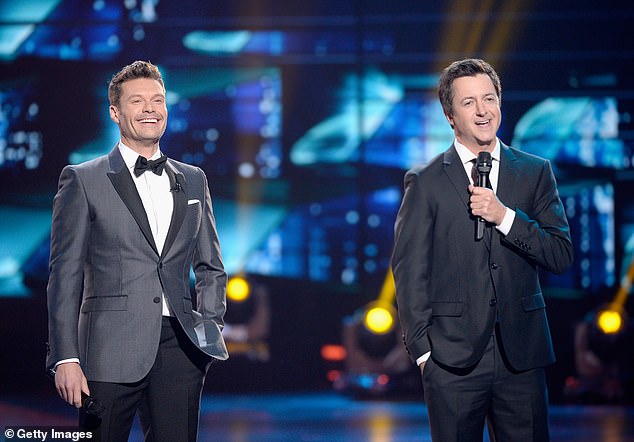 Closure: Dunkleman revisited his role as co-host alongside Seacrest in April 2016