American Idol star Lauren Alaina has opened up about her painful struggle with bulimia, which almost destroyed her voice after years of disordered habits.

The country singer, now 22, was only 12 years old when she started feeling anxious about her body shape, convinced she was ‘bigger’ than other girls. She appeared on American Idol aged 16 and felt targeted by body-shamers, with one blog calling her Miss Piggy.

Alaina began purging – first, when she felt she had eaten too much, and eventually after every meal. This put a strain on her vocal cords, until doctors told her it might make it impossible for her to keep singing.

Opening up: American Idol star Lauren Alaina (pictured) has shared the heartbreaking tale of how bulimia almost destroyed her voice after years of disordered habits

The American Idol runner-up, who finished second behind Scott McCreery in the show’s tenth season in 2011, said that her obsession with weight, and her first experience with bulimia came – ironically – as a result of watching a video intended to warn young girls against eating disorders.

‘I was in a health class and they showed a girl who had bulimia and she was a really, really small girl and I remember thinking, “Oh that’s what you have to do to be skinny? OK,” ‘ the singer told SELF.

‘The video was showing how she ended up being hospitalized, but I just saw that she was skinny and I wanted to be skinny so bad, that that’s what stuck in health class, which is so sad.’

The singer, who wrote about her eating disorder on her new album, Road Less Traveled, didn’t tell anyone about her struggles and wowed the judges of American Idol as a teenager. But she found herself thrust in the public eye as her career took off, and felt hurt by disparaging comments online.

‘There was this specific blog that really bothered me, and they only referred to me as Miss Piggy and they’d put her pig nose and ears on my body,’ she said.

‘I was 16 seeing that, and I just remember seeing that and thinking, They’re not going to be able to do that to me anymore because I’m going to lose weight. And that’s when it got really bad.’ 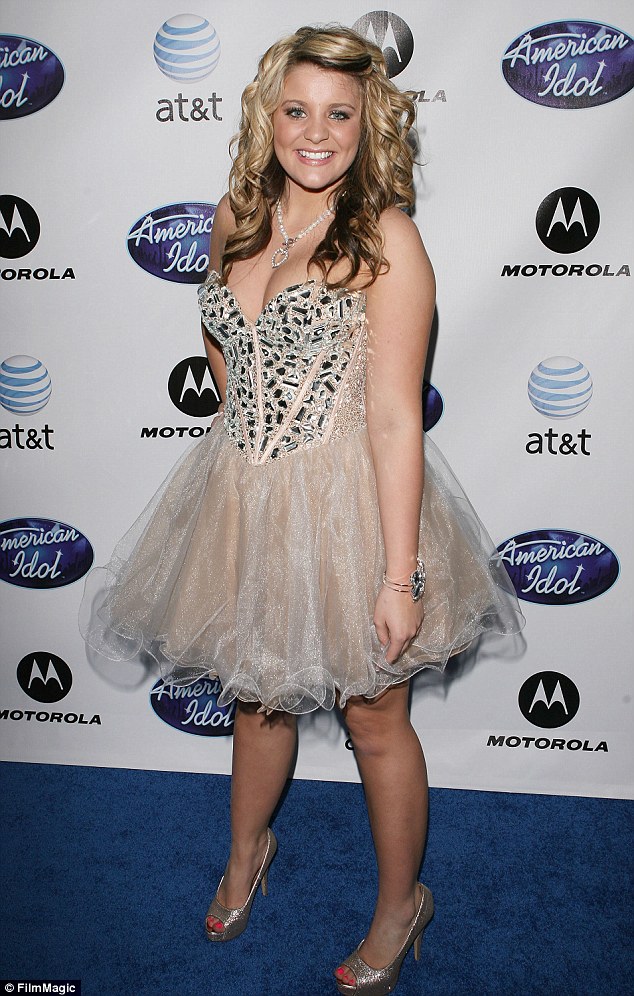 Alaina had started purging when she thought she had eaten too much. Soon, she was making herself sick after every meal.

‘For a solid two to three years, I was very, very sick. It got to the point where my hair fell out,’ she told People.

The singer, whose first album Wildflower came out in October 2011, five months after the show’s finale, went on tour with her mother and tried to keep her eating disorder a secret.

But a doctor’s appointment when Alaina was 18 years old made her realize something had to change.

The singer had lesions called polyps on her vocal cords – growths caused by vocal abuse, which can lead to a hoarse or breathy voice.

She’d had them since she was a child, but bulimia was making them worse, to the point where the polyps started bleeding permanently. 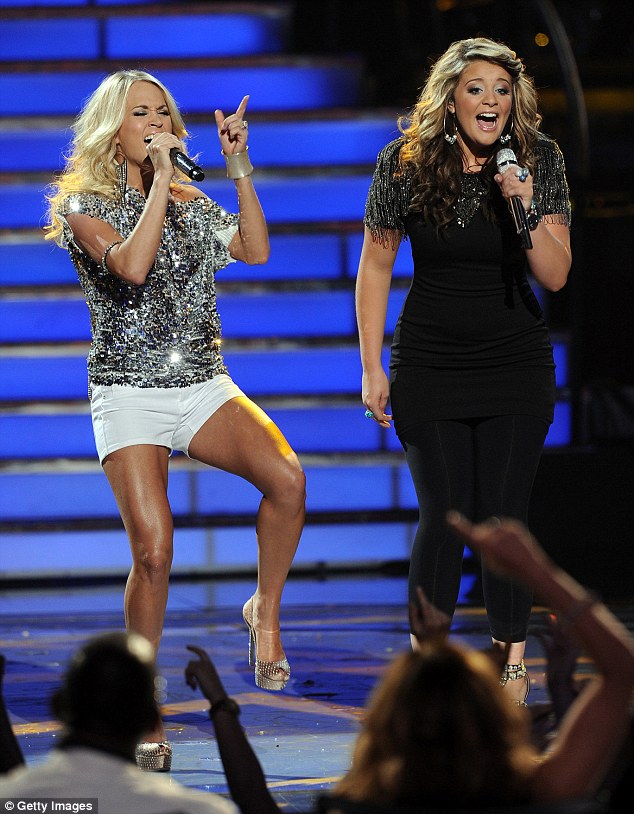 Secret struggle: Alaina (pictured singing with Carrie Underwood during the 2011 American Idol finale) didn’t tell anyone about her eating disorder until she was 18 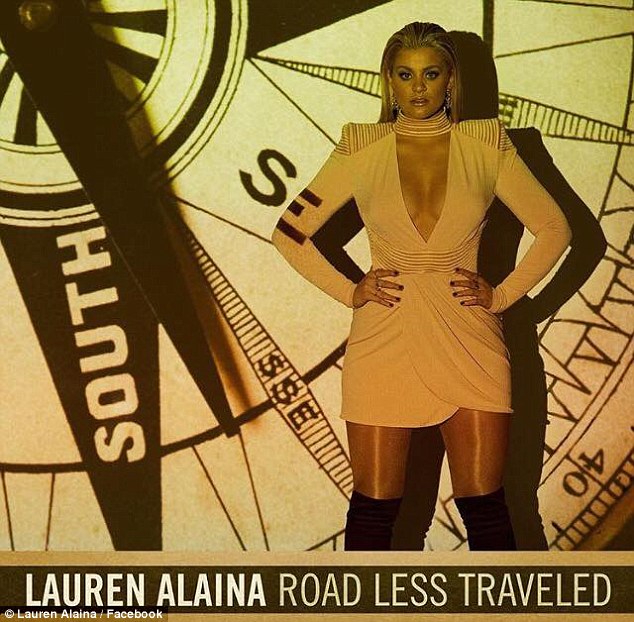 Turning a new leaf: The star sought treatment and has improved her self-esteem. She sings about her painful experience with disordered eating in her new album, Road Less Traveled

The doctor told Alaina that if her bulimia was left untreated, she might not be able to continue singing.

‘That was the first time it kind of clicked for me,’ she said. ‘It wasn’t my hair falling out, it wasn’t my bones sticking out too much, it was my voice. When they told me that my voice was going to go away, I think that really got to me.’

The singer got treatment at 18 years old and worked on strengthening her self-esteem. Her mother asked her to name three things she loved about herself in front of the mirror – and at first, Alaina found it difficult to think of anything.

She also took some time off exercising. ‘I had to learn to love myself before I could do things to improve myself,’ she said. ‘I gained quite a bit of weight in the time, trying to get to where I felt like I could handle it again.’

Alaina has urged other people suffering from an eating disorder to seek treatment.