They were competing for the title of American Idol.

But final two contestants Caleb Lee Hutchinson, 18, and Maddie Poppe, 20, were not just rivals – they were dating.

The couple surprised fans and judges when they unveiled their secret romance during the season finale of the competition show on Monday.

‘She actually happens to be my girlfriend!’ Caleb Lee Hutchinson surprised everyone when he announced he and American Idol competitor Maddie Poppe were secretly dating

‘Well, Maddie is my pal and I’ve known her since the beginning of Hollywood week,’ Caleb told Ryan Seacrest near the end of the show. ‘And she actually happens to be my girlfriend.’

The audience went wild after Caleb made the revelation, and the news even caught judges Katy Perry, Lionel Richie, and Luke Bryan off guard.

The judges could not hide their shock as they stood up from their chairs, clearly elated by the news.

Afterwards, the young couple performed a duet together, singing Somewhere Over The Rainbow and What A Wonderful World. 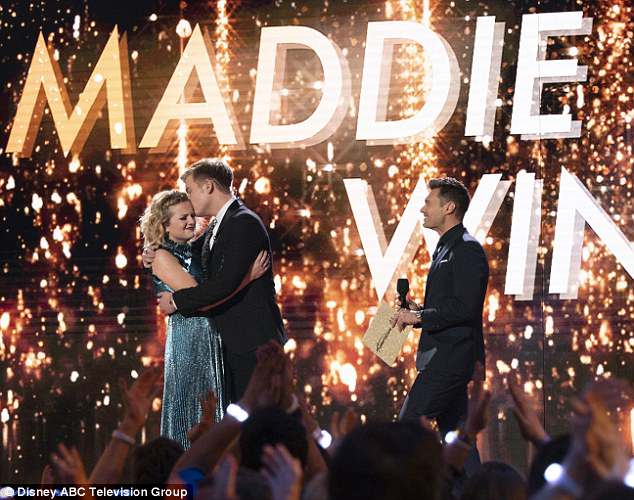 She won his heart: Caleb kissed Maddie after she was crowned the winner of American Idol

Not only that, but Ryan announced the show would be sending the couple on a trip to Hawaii.

Caleb kissed Maddie after she was crowned the winner of American Idol.

‘MY GIRLFRIEND WON AMERICAN IDOL!!’ he tweeted that night. ‘No one deserved it more than you babe. I am honored to know you and even more honored to call you mine. Don’t forget about me. I love you (heart emoticon).’ 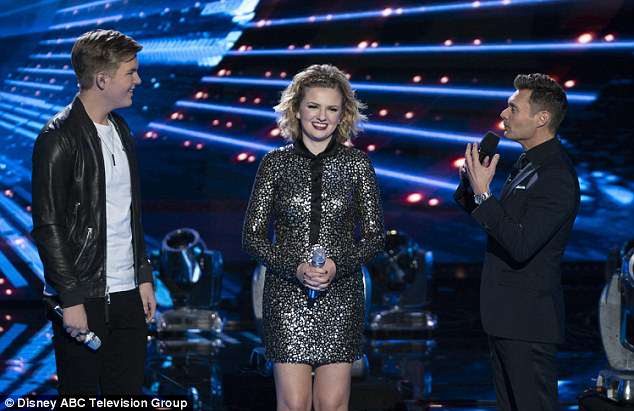 Bon voyage! Not only that, but Ryan announced the show would be sending the couple on a trip to Hawaii

Katy said it was the kind of romance that just couldn’t be made up.

‘You can’t just write this stuff,’ she told People. ‘This is just divine intervention, honey.’

Caleb was smitten the moment he met her. 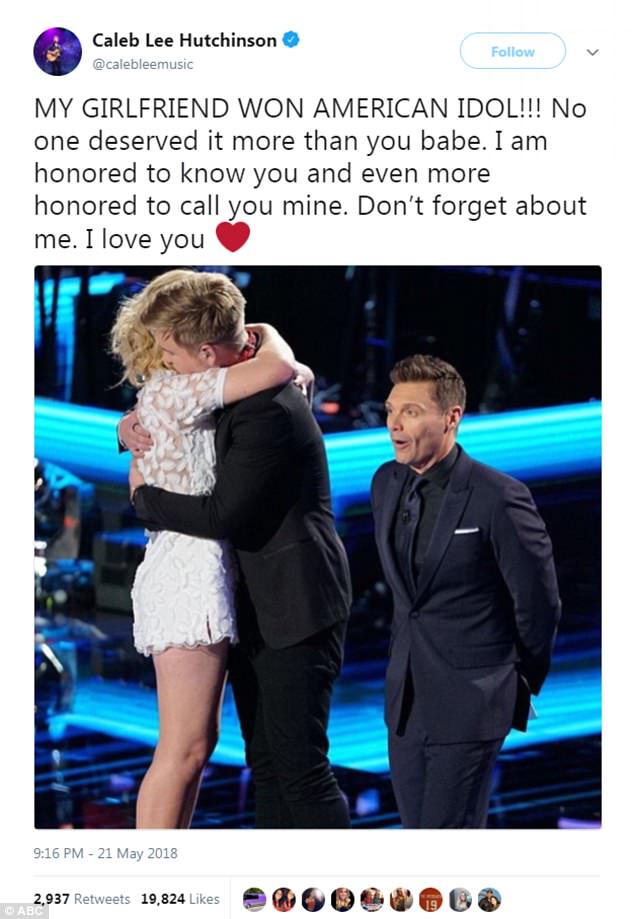 It’s love! Caleb took to Twitter to gush about his girlfriend as she became the winner of American Idol

‘If you ask me, it was Jan. 21 — the first day I laid eyes on her,’ he told People of when things became ‘official’ between him and Maddie.

Calling her his best friend, Caleb said he and Maddie have been inseparable during the process.

‘I’m there for her whenever she’s worried about anything and she’s there for me.’ 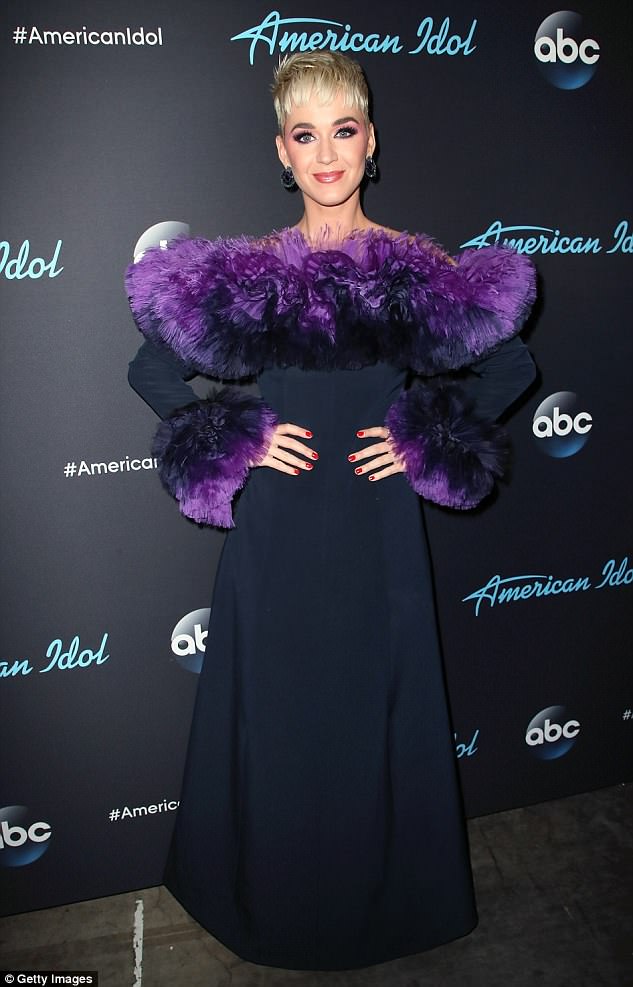 ‘This is just divine intervention, honey’: Katy Perry said of the couple’s secret romance, ‘you can’t just write this stuff’