New evidence of whalers visiting Australia as far back as the 1840s have been unearthed off the country’s west coast.

The carvings were found on rocks on the Rosemary and West Lewis islands in the Dampier Archipelago, Western Australia.

The etchings of names and dates are the earliest inscriptions to be found in Australia left behind by whalers.

There is very little evidence of whalers ever reaching land over the 30-40 year period that they traveled the world’s oceans which ultimately makes the find even more remarkable.

The first etchings found were the words ‘Jacob Anderson’, ‘Crocker’, ‘New London’, and ‘in the Ship Connecticut of New London’ were carved on a rocky ridge overlooking the water, along with the dates of their travel.

They were made by members by the 26-strong crew from the ship, The Connecticut, which set off from the coastal city of New London in August 1842 and sailed north-west coast of the United States to what was then known as the New Holland whaling ground. 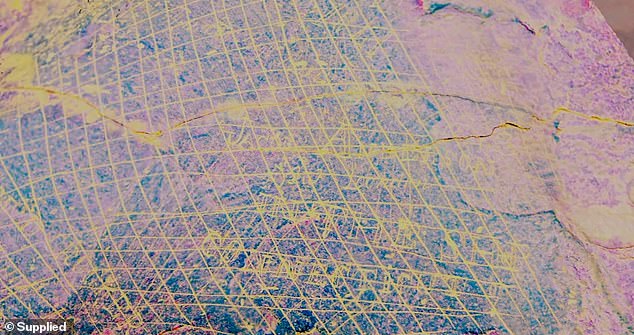 The names ‘Jacob Anderson’, ‘Crocker’ ‘New London’ can be seen etched into rock – with scrape marks etched by local Aboriginal people over the top 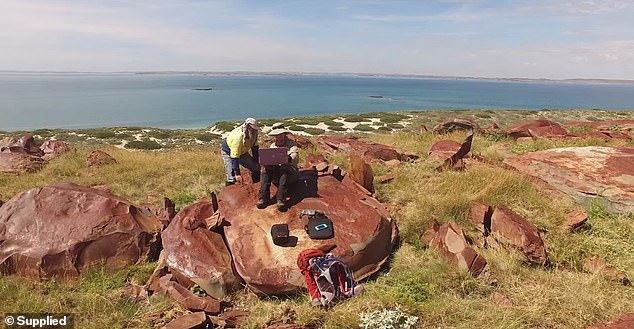 Archaeologist and Professor Alistair Patterson scoured historical records to find the identities of the whalers.

‘The historical records show that on Connecticut’s departure, Captain Crocker was 33 years old, while Jacob Anderson was described as an 18-year-old seaman from New London of ‘black complexion’ — almost certainly an African-American sailor,’ he told ABC News.

The second carvings were found on the West Lewis Island with words including ‘J.Leek’ and ‘Ship Delta, 1849’.

Professor Paterson said that the messiness of the writing indicated that the crew were probably bored and just passing the time as they waited to spot a whale out at sea.

‘Rather than a formal message to be transmitted more publicly to future visitors to the island, these whalers were celebrating and commemorating having survived the voyage to the other side of the world.’ Professor Paterson said.

Although remarkable to archaeologists, the carvings had already been discovered by the local Aboriginal community who didn’t take so kindly to the messages and had already etched over them.

Professor Jo McDonald was one of those who found the engravings in 2017, while recording the thousands of Aboriginal rock images in the archipelago.

She found that the writing made by the whalers was used with a metal implement and was carved over the top of the grid pattern made by the Aboriginal people who used a stone implement.

‘It shows this incredible progression through time of different people coming along and marking the rock and telling things about themselves, and wanting to leave a record they were at a place,’ Professor McDonald told ABC News. 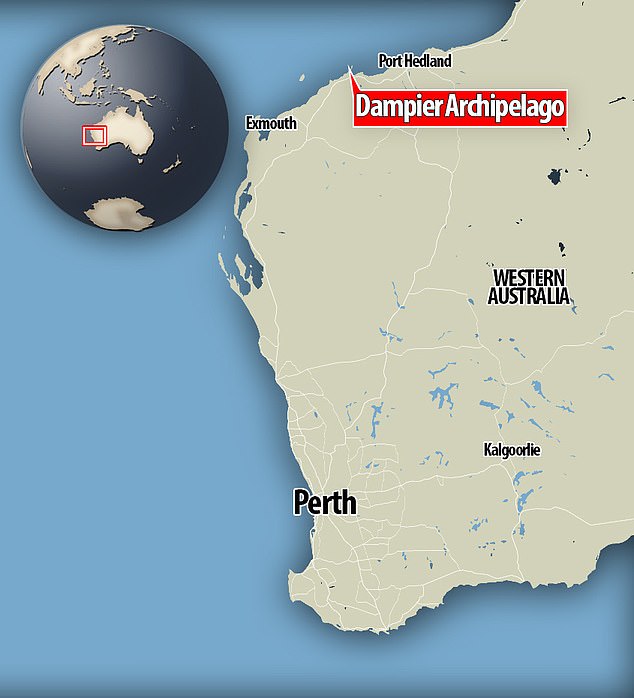 The carvings were found on rocks on the Rosemary and West Lewis islands along the Pilbara coast in Dampier Archipelago, Western Australia

The CEO of the Murujuga Aboriginal Corporation, Peter Jeffries, said the area was very special to the Ngarluma and Yaburara traditional owners.

Given the dates carved into the rocks, it’s indicated that the carvings were made prior to white settlement of the area — about two decades before pastoralists and pearlers arrived.

At the peak of the whaling industry, in the mid-19th century, around 22,000 men were employed on 1,000 whaling boats that traveled the seas and stopped off at remote coastlines all around the world searching for whales. 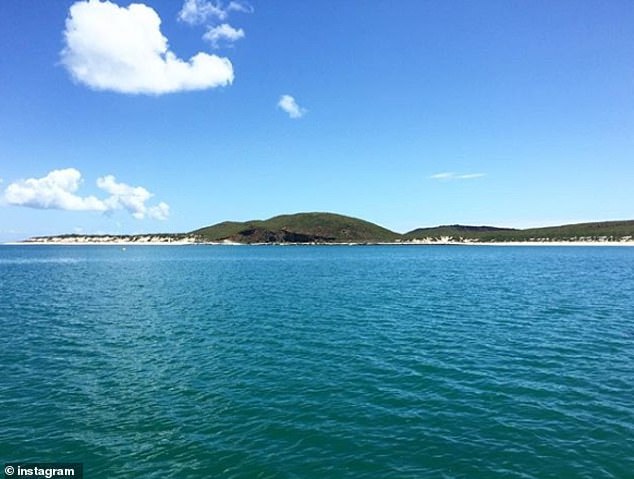 The CEO of the Murujuga Aboriginal Corporation, Peter Jeffries, said the area of the Rosemary and West Lewis islands in the Dampier Archipelago were very special to the Ngarluma and Yaburara traditional owners