Most Americans are in favor of using gene-editing technology to create babies protected against incurable or fatal diseases such as cystic fibrosis or Huntington’s, but they draw the line at designer babies.

A new poll by The Associated Press-NORC Center for Public Affairs Research found 7 in 10 people are also OK with the idea of preventing the likes of cancer and other diseases developing later in life.

However many admitted there could be negative aspects of beginning research as it could be abused by those wanting their children born smarter, faster, taller or even with a certain eye color. 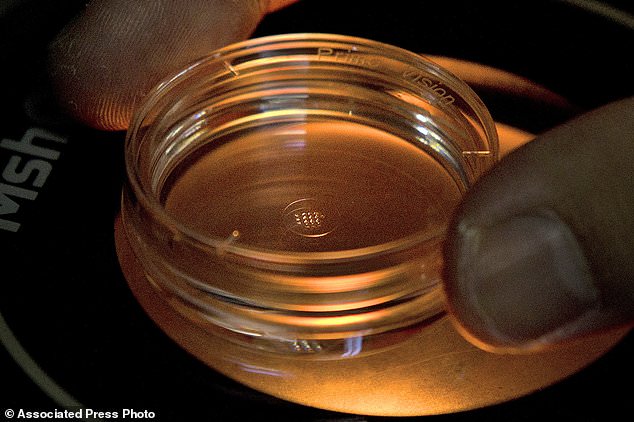 In this October 9, 2018 photo, an embryologist adjusts a microplate containing embryos that were injected with gene-editing components in a laboratory in Shenzhen in southern China’s Guangdong province

A sample was drawn from NORC’s probability-based AmeriSpeak Panel, which is designed to be representative of the US population.

A whopping 85 percent believed that the possibility of the wrong part of cells being edited was quite likely.

Gene editing lets scientists snip out a section of DNA to delete, replace or repair a gene.

Altering adult cells would affect only the patient being treated but editing genes in eggs, sperm or embryos would alter the resulting child in ways that can be passed to future generations. 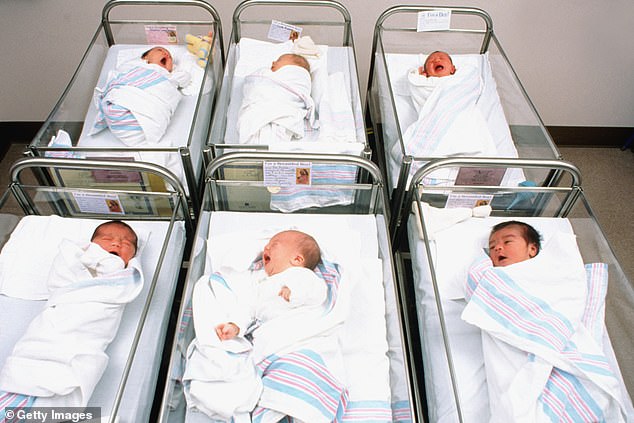 A December 2018 poll shows they’d draw the line at gene editing to create children who are smarter, faster or taller

But with the poll being carried out a month after startling claims of the world’s first gene-edited babies being born in China, about a third thought this kind of gene editing could be used even before it’s adequately tested.

It’s what many scientists have claimed about the recent news from Shenzhen in southern China’s Guangdong province, where it was reported the procedure was used to try to create babies resistant to HIV infection.

However there was outrage because there are effective ways to prevent the AIDS virus.

The 1,067 adults questioned between December 13 and 16, 48 percent opposed government funding on the research, 26 percent where for it and about a quarter of those participating didn’t have strong feelings either way.

Nearly 9 in 10 people proved there was a lack of trust as they predicted the technology would be used for unethical reasons such as boosting intelligence or athletic talent. More than half (52 percent) were strong in saying it was very likely to happen.

Roughly three-quarters found fault with the prospect by saying gene editing probably wouldn’t be affordable for the average person, meaning there may be a day when genetic diseases are mainly a problem for the poor. 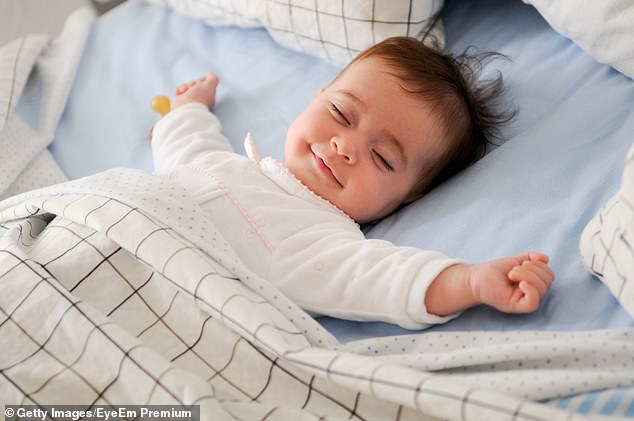 Altering in eggs, sperm or embryos would alter the resulting child in ways that can be passed to future generations

‘It’s one thing to look at the extremes of fatal diseases versus cosmetic things, but in the middle are going to be these very different issues,’ Columbia University bioethicist Dr. Robert Klitzman said about the possibility of fertility clinics altering cells to decrease the chances of the likes of depression, autism or obesity.

‘People appear to realize there’s a major question of how we should oversee and monitor use of this technology if and when it becomes available,’ Klitzman said.

‘What is safe enough? And who will determine that? The government? Or clinicians who say, ‘Look, we did it in Country X a few times and it seems to be effective”.’ 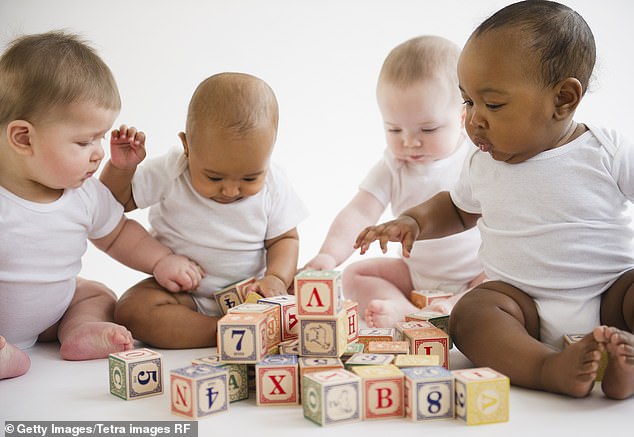 A Columbia University doctor said it could raise the possibility of editing for non-fatal reasons at fertility clinics, such as autism or depression

But like the majority of Americans, Keener would support gene editing in embryos to prevent incurable diseases.

His mother has lupus, an inflammatory disease that may have both environmental and genetic triggers.

He called lupus: ‘A looming presence my entire life. I’ve been around somebody with a chronic illness and I’ve seen the toll that has taken, not just on her life, but the life of my family.

‘If there would be a way to narrow the scope of research, I would be OK with government funding. I just don’t have a lot of confidence people wouldn’t use it for their own gain.’