‘What did I just watch?’ Footage of netball clash between Australia and England goes viral in the US – but for all the wrong reasons

The moment England stole victory from Australia at the death in a netball final is going viral in the United States, but for all the wrong reasons.

The video, which shows Australia losing 51-52 to England at the Commonwealth Games earlier this year, was ruthless mocked by Americans after circulating online.

After American satirical website Barstool Sports cheekily tweeted out a clip of the final shot of the game, basketball stars were among thousands of social media users to fire shots at the sport.

The historical moment of England stealing victory from Australia at the death in a Netball final (pictured) is going viral in US, and Americans have no idea what’s going on 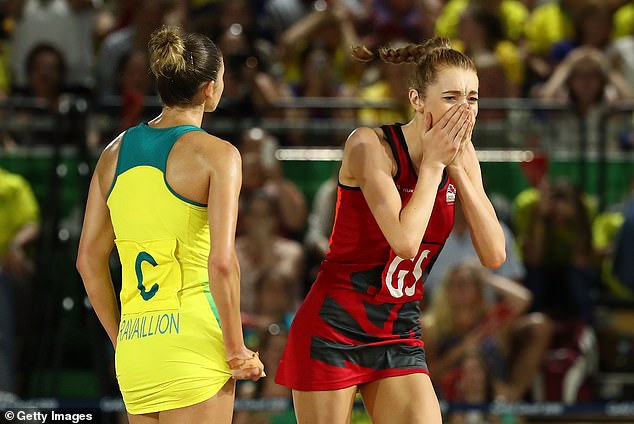 The video, which shows Australia losing 51-52 to England at the Commonwealth Games on the Gold Coast in April, (pictured) is making waves in the US and not for the right reasons

‘You won’t find a more electric sports moment than England’s Netball Championship game-winning basket’ Barstool Sports tweeted alongside the video to their 7.4 million followers on Instagram and Twitter and the response is hilarious.

‘That may be the dumbest thing I’ve ever seen. Like baseketball….or….I don’t know give me my 15 seconds back’ one Twitter user said.

‘When you suck at basketball, so you make up an identical sport just so you feel relevant!’ another said.

‘This isn’t a real sport. Hoax.’ One other user bemoaned.

‘That may be the dumbest thing I’ve ever seen’: One Twitter user slams the game of Netball after seing the clip

Some Twitter users were even shocked to find out that the game of Netball was in fact, a real sport

Some users were more harsh than others, with some claiming it was a rip off of Basketball

‘I legit wanted to know what the hell this was. Apparently it’s real. Very real.’

Over on Instagram, the reception didn’t bode well either.

‘I hate this video so much why does that one girl just stand there like I don’t know the rules but she stood perfectly straight not moving and didn’t try to block the shot at all,’ jake_houck wrote.

‘Why is there a hoop on that stripper pole,’ user nick—bunda added.

Celebrities also weighed in, with NBA legend Dennis Rodman simply writing ‘what’ on the video.

Many users were outraged that the player got to re-shoot again after an interference, leading them to win the game

Another user put the blame on Europeans, after the games’ rules failed to make sense to them 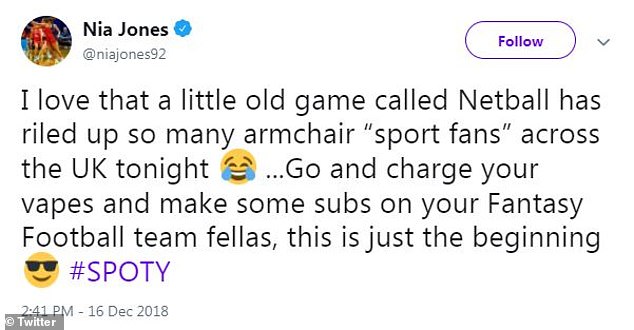 Professional Netball player Nia James weighed in on the controversy, telling ‘armchair sports fans’ to ‘charge your vapes as this is just the beginning’

The harsh commentary continued when Barstool Sports  brought up the video again in one of their daily TV episodes.

After playing the clip, the panel sat and stare in utter disbelief.

‘I don’t totally get the rules here,’ one confused panelist said.

‘Why does that girl get the second lay-up? What is that?’

The panel even compared the game to another viral video of a blind athlete competing in a handball tournament.

While the US collectively lose their minds over the game, professional English netball player Nia Jones has found the commentary around her sport humorous.

In a tweet, she blasted the ‘armchair sports fans’ who were getting riled up over their ‘little old game called Netball’.

‘Go and charge your vapes and make some subs on your Fantasy Football team fellas, this is just the beginning’ she said. 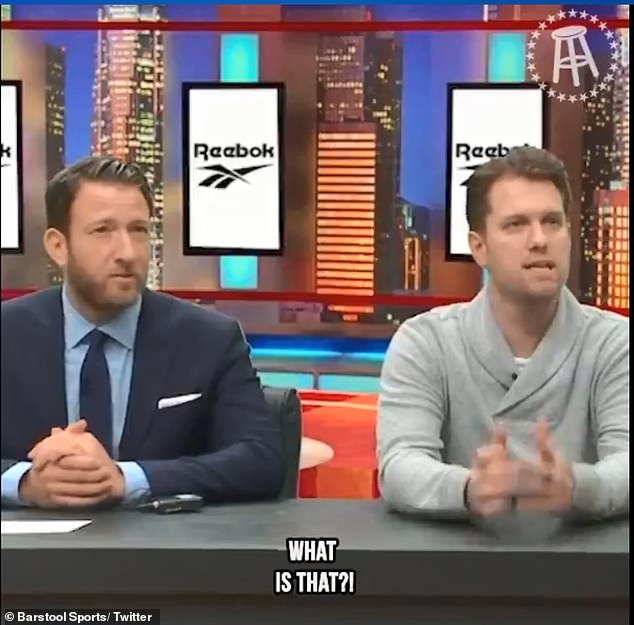