A new poll shows that Americans are the least satisfied they’ve been regarding the way things are going in the country since 2011 with changing mood among Republicans appearing to be responsible for the figures.

The latest Gallup survey reveals a seven-point difference in contentment from 20 percent in June to only 13 percent in July.

Feedback from over 1,000 participants also provided a stark drop in happiness from 45 percent in February, bringing the satisfaction rate to just one percentage point above the 12 percent recorded in November nine years ago.

In 2011 Standard & Poor’s downgraded the US credit rating as the federal government struggled to contain the country’s debt. 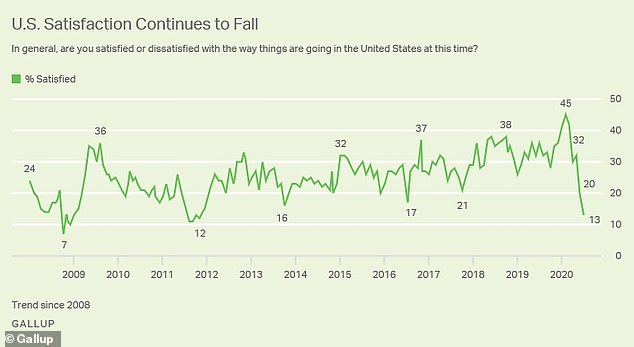 A new poll shows that Americans are the least satisfied they’ve been regarding the way things are going in the country since 2011. The figure was only lower in 2008, the year of the Great Recession

The level of contentment has only been lower in October 2008, the year the recession hit, when it was 7 percent.

Similarly, the stock market as suffered amid the COVID-19 health crisis.

Prior to the coronavirus pandemic, the satisfaction rate was at a 15-year high but it has plunged 32 points in just five months to the ninth lowest satisfaction period in the history of Gallup polls.

Gallup notes similar readings at the time of the 1979 energy crisis.

The drop in satisfaction appears to lie with Republican voters. While 39 percent were satisfied in June, only 20 percent were content in the poll taken from July 1 to 23. 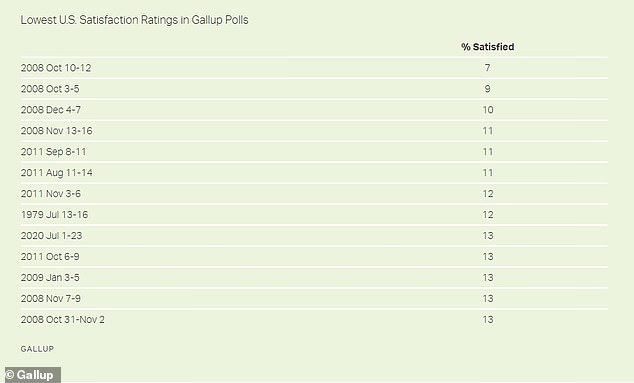 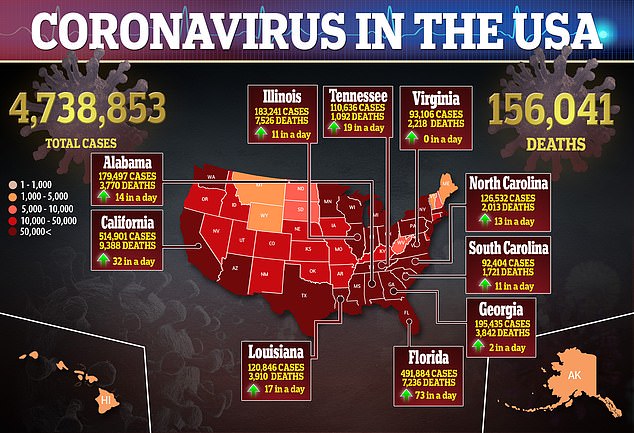 The dates line up with the surge of coronavirus in Southern states.

It’s the least happy Republican voters have been since Trump took office.

Before now the lowest rate of contentment for Republicans was 38 percent reported in October 2017, the month of the Las Vegas mass shooting and when the Trump admin announced a withdrawal from UNESCO.

Despite being dissatisfied with the way the country is going, Republicans have strong support for the leader.

A whopping 91 percent approve of Trump himself. 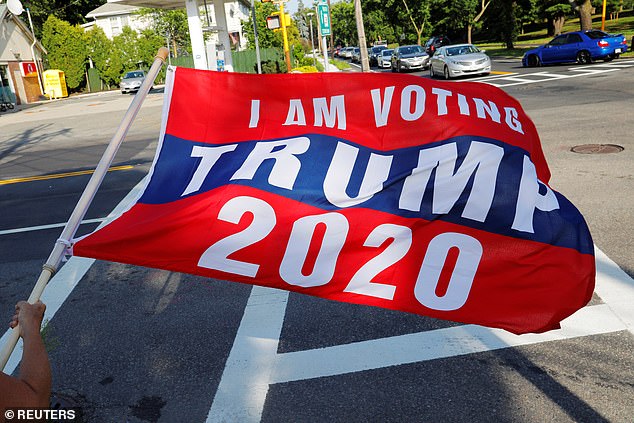 The drop in satisfaction appears to lie with Republican voters. While 39% were satisfied in June, only 20% were content in the poll taken from July 1 to 23. A demonstrator holds a flag reading ‘I Am Voting Trump 2020’ during Super Happy Fun America’s Back the Blue/President Trump Standout in Stoneham, Massachusetts on July 27

The widespread dissatisfaction with how things are going in the US comes amid growing discussion over racial inequalities, continued pandemic shutdown measures and Trump’s political rival Joe Biden outdoing the president in the polls.

A drop in satisfaction with the job Trump is doing was in line with the decrease in happiness with the state of the country for Independent voters. About a third (34 percent) approve.

Only seven percent of Democrats are okay with the state of the US.

With the election just three months away, Gallup notes that George H.W. Bush lost his reelection when the level of satisfaction was nine percentage points higher than it is now.

‘Although the public does not have to be highly satisfied for incumbents to be reelected, the current level of satisfaction sits well below the low-water mark (33%) at which an incumbent has won reelection in the past,’ Gallup reports.

‘An even more troubling sign for the current president is that satisfaction is significantly lower now than it was in 1992 (22%) when George H.W. Bush lost his bid for a second term.’ 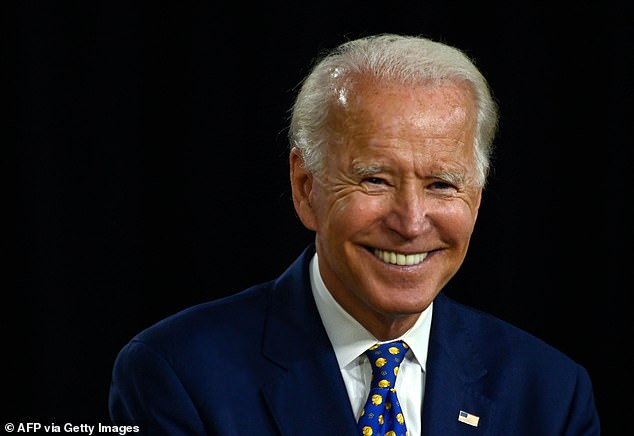