Just a week after his arrest on domestic violence charges, America’s Got Talent finalist Michael Ketterer claims his marriage is ‘stronger’ than ever.

Ketterer, 41, posted three Instagram photos on Thursday, two with just the singer and his wife Ivey, and another with the couple and their six children. 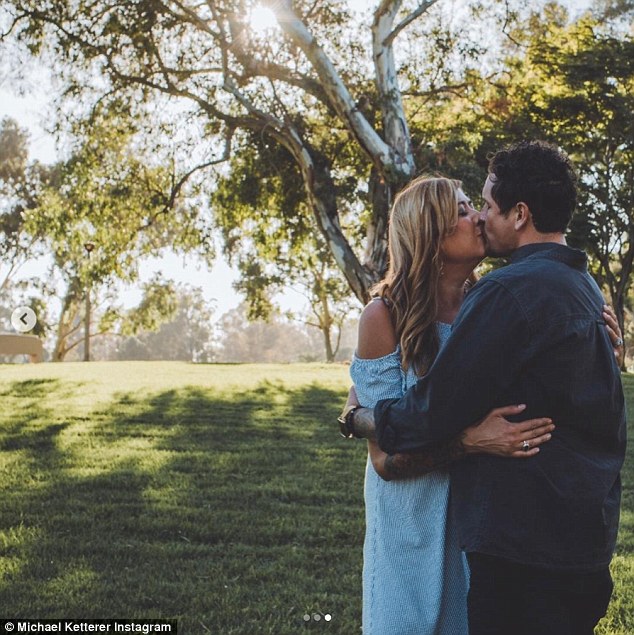 Happy couple: Ketterer, 41, posted three Instagram photos on Thursday, two with just the singer and his wife Ivey, and another with the couple and their six children

Ketterer was arrested on September 20, after LAPD officers were called to the Hollywood hotel the singer and his wife Ivey were staying at.

He admitted that his wife did get into an argument in the hotel room, but he later told TMZ that the incident was a big ‘misunderstanding’ and that his wife hadn’t wanted to press charges.

He was booked and then released on $50,000 bail and the case has been referred to the LA City Attorney’s office.

The singer will not face any felony charges stemming from the incident, instead getting a ‘City Attorney hearing.

This hearing is an alternative to a misdemeanor prosecution, although no trial date has been set at this time.

While the singer is off the hook from a criminal standpoint, this incident did interfere with an upcoming gig. 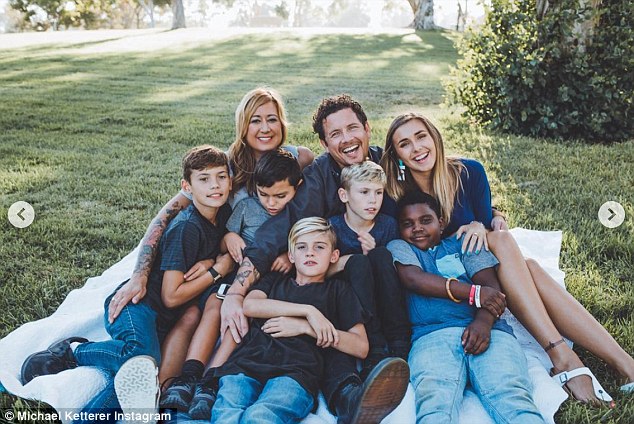 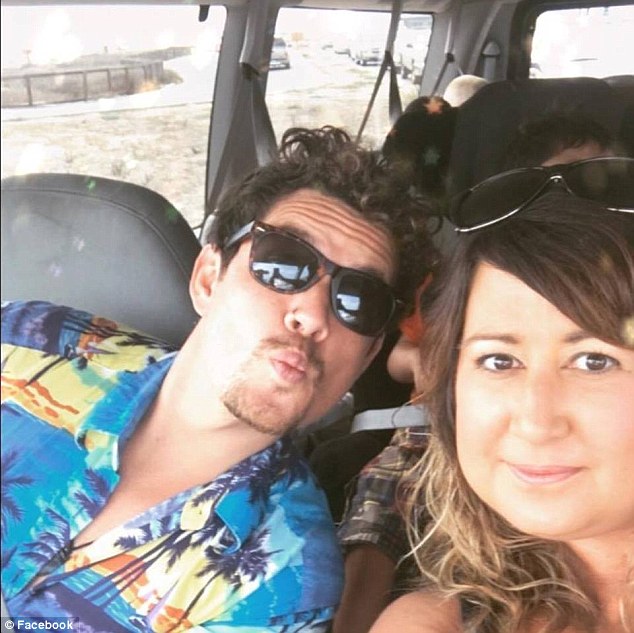 Off the hook: America’s Got Talent finalist Michael Ketterer won’t face charges after his arrest on suspicion of domestic violence against wife Ivey [pictured] last Thursday 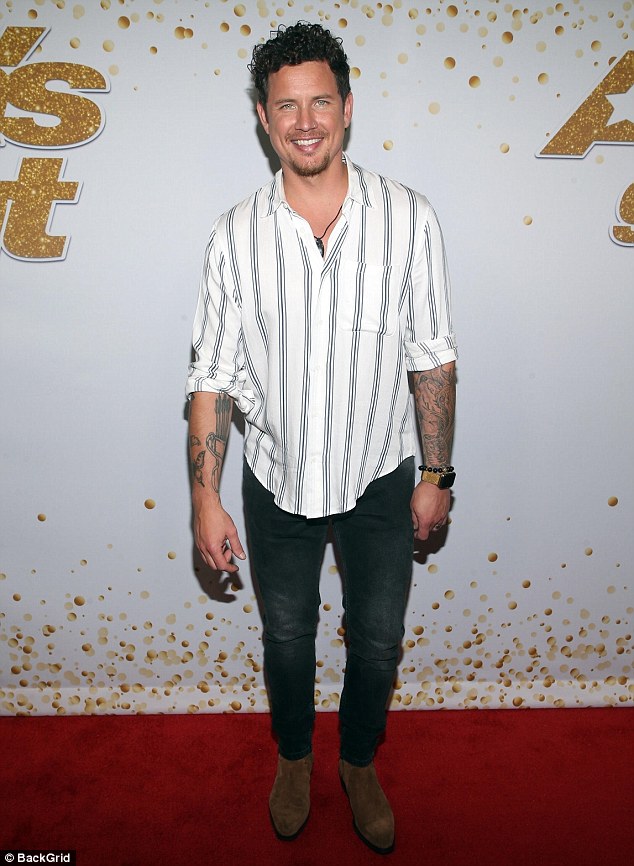 Calm before the storm: The 41-year-old [seen here earlier this month] who was arrested on a domestic violence charge following an altercation with his wife Ivey at a Hollywood hotel, ‘will get a City Attorney hearing instead’ 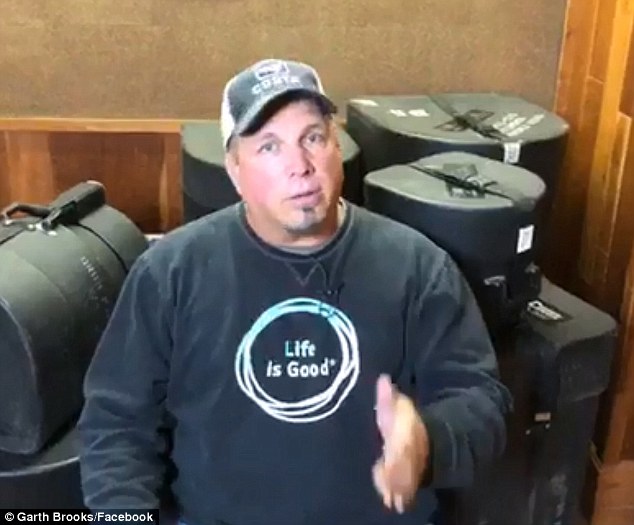 The singer won hearts with his performance of the song written for him by Garth Brooks The Courage To Love.

But following Michael’s arrest, country superstar Brooks announced Monday that a plan to have Ketterer perform with him at his upcoming Notre Dame concert has been nixed.

On his Facebook Live show Inside Studio G, Brooks told fans he called Ketterer over the weekend for a chat.

‘We decided it was better that he not appear at Notre Dame and perform there,’ the singer and songwriter said.

‘That family, they will figure it out and find it within themselves, and of course the good Lord, and figure it out. Michael Ketterer will not be at Notre Dame.’ 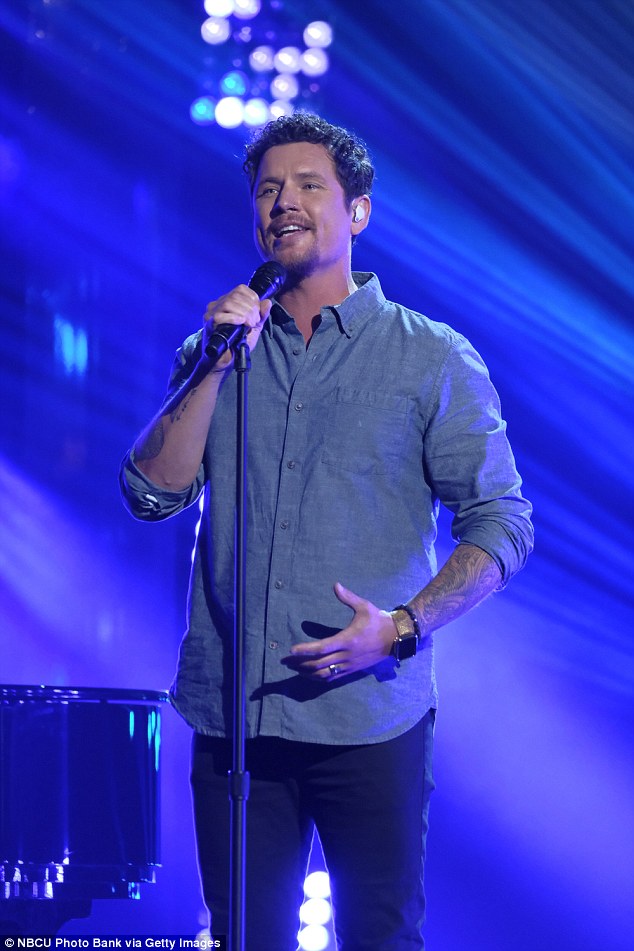 On the America’s Got Talent season finale, Ketterer gave an emotional performance of the song The Courage To Love written especially for him by Brooks 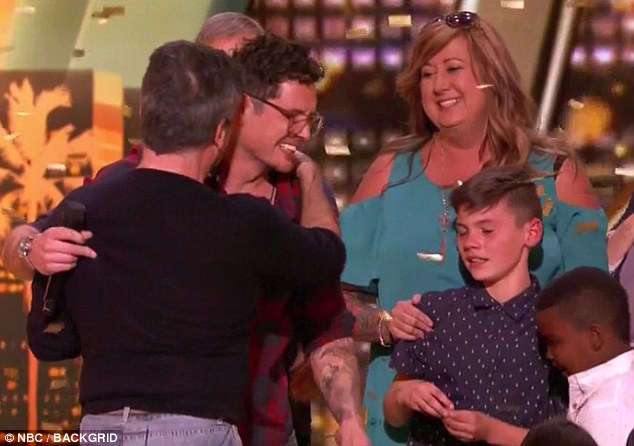 AGT judge Simon Cowell, pictured congratulating Ketterer who was flanked by his wife Ivey and kids, had asked the country music star to pen the ballad

Ketterer, a pediatric mental nurse from Orange County, California, won over AGT viewers with the story of how he and his wife adopted six boys after their daughter said she wanted brothers.

Ketterer was Simon Cowell’s Golden Buzzer pick this season and Cowell had called on Brooks to write a song for the contestant, and the country legend obliged.

Ketterer made it all the way to the finals, ultimately placing fifth on the AGT season finale last week.