America’s most expensive home is ready for sale

America’s most expensive home is to hit the market for a cool quarter billion dollars; complete with a nightclub, beauty salon, 20 bedrooms and sweeping views of LA and the Pacific Ocean.

The mansion, dubbed ‘The One’ and developed by former film producer Nile Niami, sits atop a hill in the affluent Los Angeles neighborhood of Bel Air and is expected to be ready for sale soon.

The 100,000-square-foot house has a number of perks including a nightclub with its own V.I.P room, 20 bedrooms including a 5,500-square-foot master suite, between four and seven swimming pools depending on one’s definition (does the moat and indoor spa count?), five elevators and a beauty salon.

An earlier plan was to line one of the bedrooms with jellyfish in glass tanks but Niami and his team gave up on the underwater theme, saying it was too much of a task.

An aerial photograph shows an image of The One sitting atop a hill in the affluent neighborhood of Bel Air in Los Angeles, California 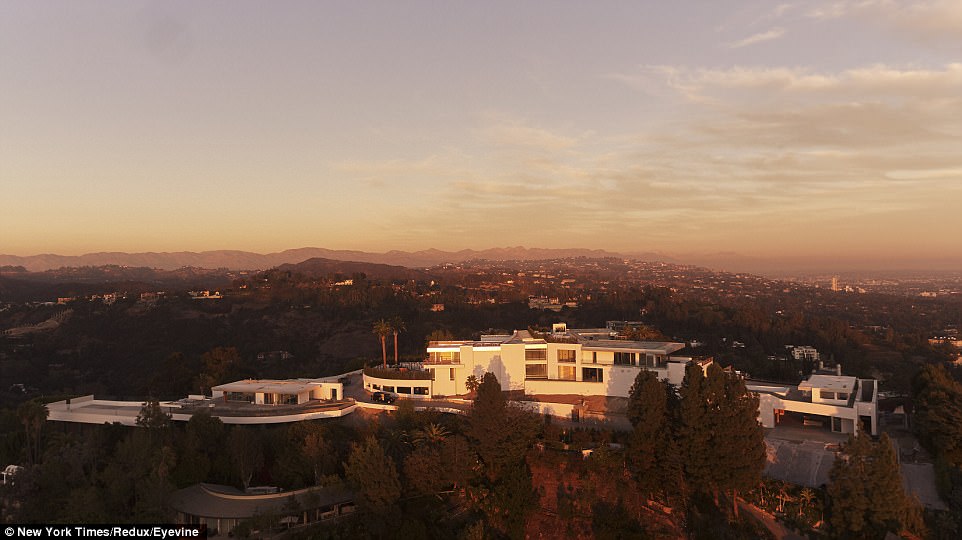 A 100,000 square-foot hilltop mansion in Bel Air, Los Angeles is expected to go on the housing market soon and has an asking price of $500million, which would make it the most expensive house in America. The property features views of the City of Angels and the Pacific Ocean 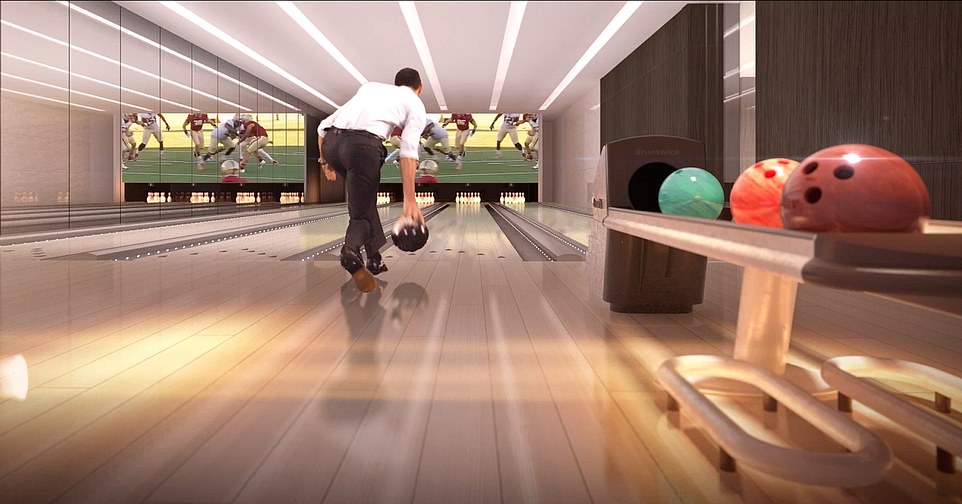 The One is set to include a ten-pin bowling alley, a nightclub with its own V.I.P room, 20 bedrooms including a 5,500-square-foot master suite 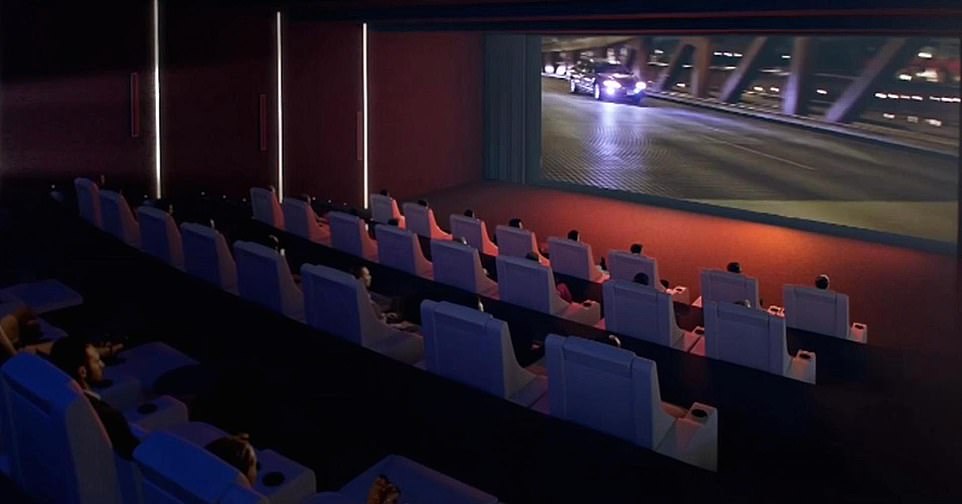 Other perks, per a previous report on its construction by Caters News Agency, include a 30-car parking garage and a 45-seat IMAX movie theater.

According to experts, the vast array of specifications and amenities tacked on to the home could alienate buyers in the notoriously small market of Los Angeles real estate.

Niami, however, disagrees and claims the special features are helping to draw buyers who he is currently in conversation with. 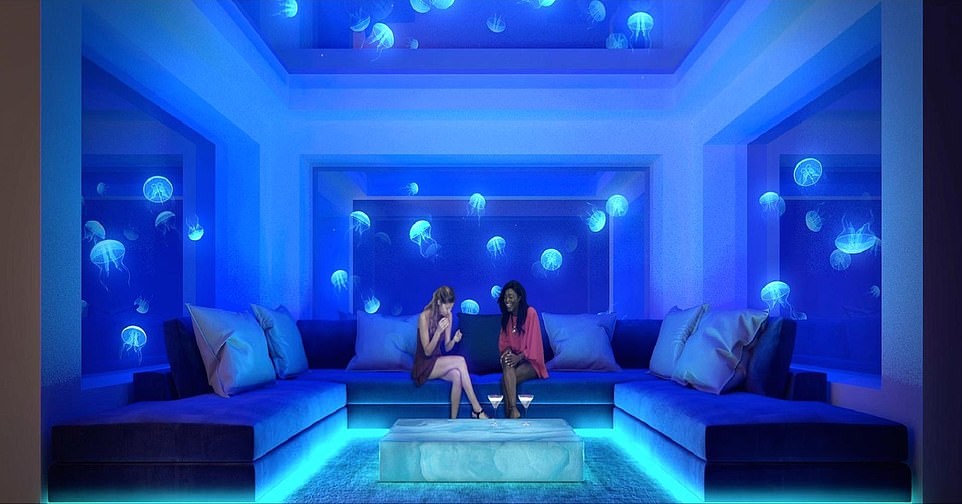 Despite making prospective allowances for delays and financial setbacks, Niami said he’s almost ready to open the doors of the deluxe crib for viewings.

Rejecting claims that he is over-inflating the price to get attention for the luxury listing, the ex film-producer turned property developer said he will not budge.

‘When you have something that’s as rare as the Mona Lisa you can command whatever you want for it,’ he told Bloomberg.

‘When the house was started, I had no basis to ask $500 million—now there are so many triple-digit sales in L.A. and the world that the asking price is not unreasonable anymore.’

The master suite in ‘The One’ by itself is larger than most New York City apartments and comes complete with its own pool, kitchen and office.

The home is spread over multiple different buildings. The main house will have 13 of the 20 bedrooms, the New York Times reported in 2017. 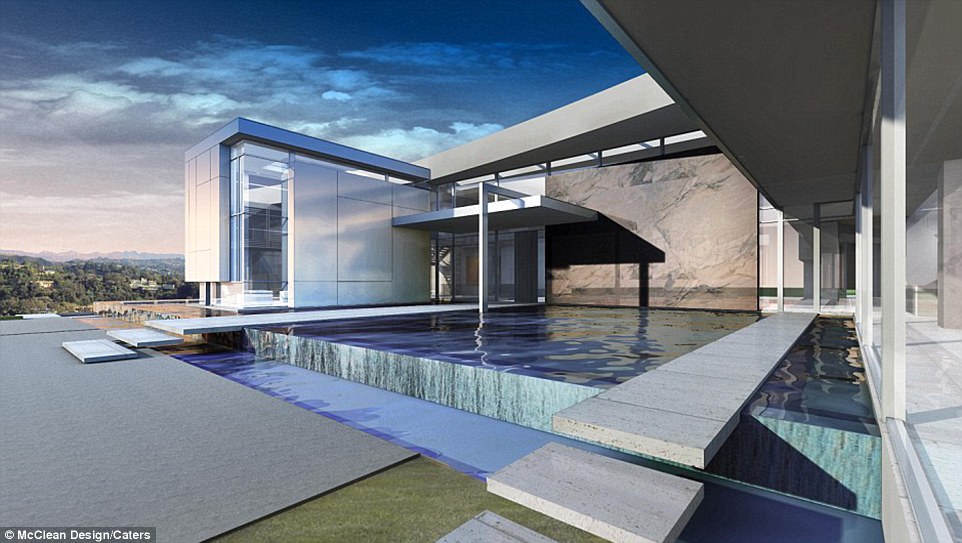 Pictured is an artist’s rendering of ‘The One’s’ infinity pools, along with a small view of the hills of Southern California 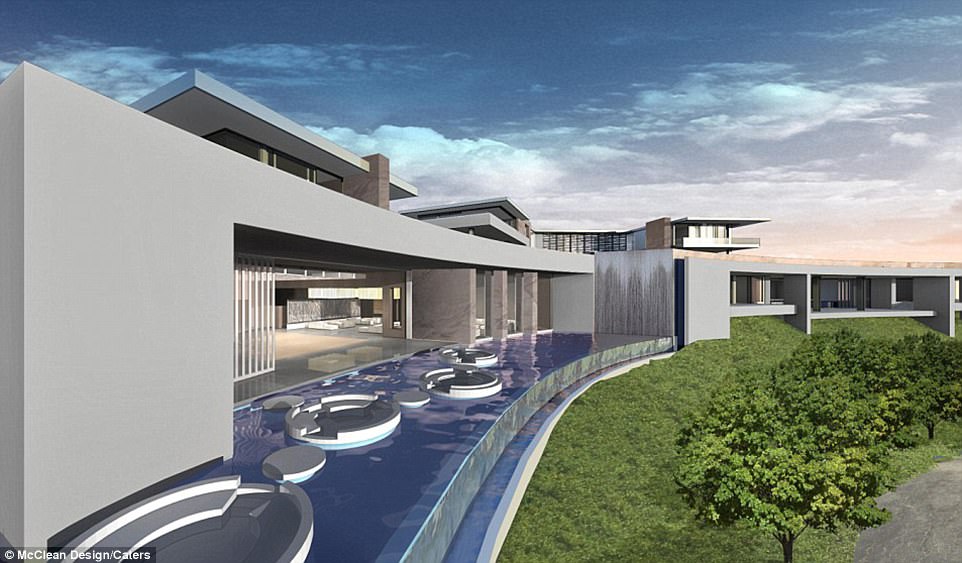 Bel Air rises from Westwood, where the University of California, Los Angeles is. It borders the similarly hilly and posh neighborhoods of Beverly Hills and Holmby Hills 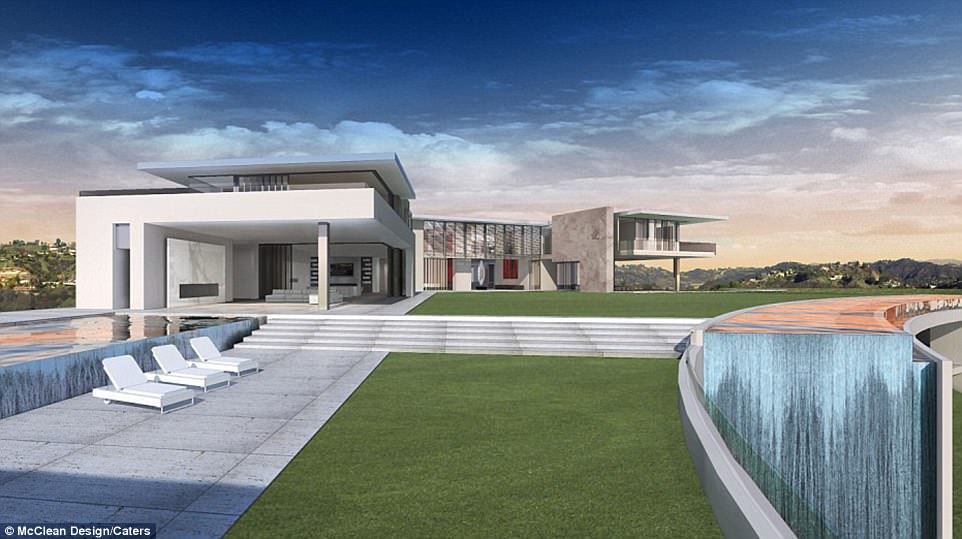 At the time, it had been reported that the lawn, spanning 20,000 feet, would be artificial in order to comply with the state’s drought laws

It of course remains to be seen whether the property will actually sell for its asking price; real estate experts have scoffed at the $500 million price tag.

Niami told the New York Times that he imagines the eventual buyer will own multiple other properties and likely only stay in the home a few times per year.

He added that he is developing a third property which as yet does not have a name but will have jellyfish aquariums, in addition to a gold giraffe sculpture.

His property portfolio includes an $18 million house sold to Tyler and Cameron Winklevoss, the entrepreneurial twin brothers who sued Facebook.

To help finish construction of ‘The One’, Niami obtained an $82.5 million loan and has a repayment deadline for October, according to Bloomberg. 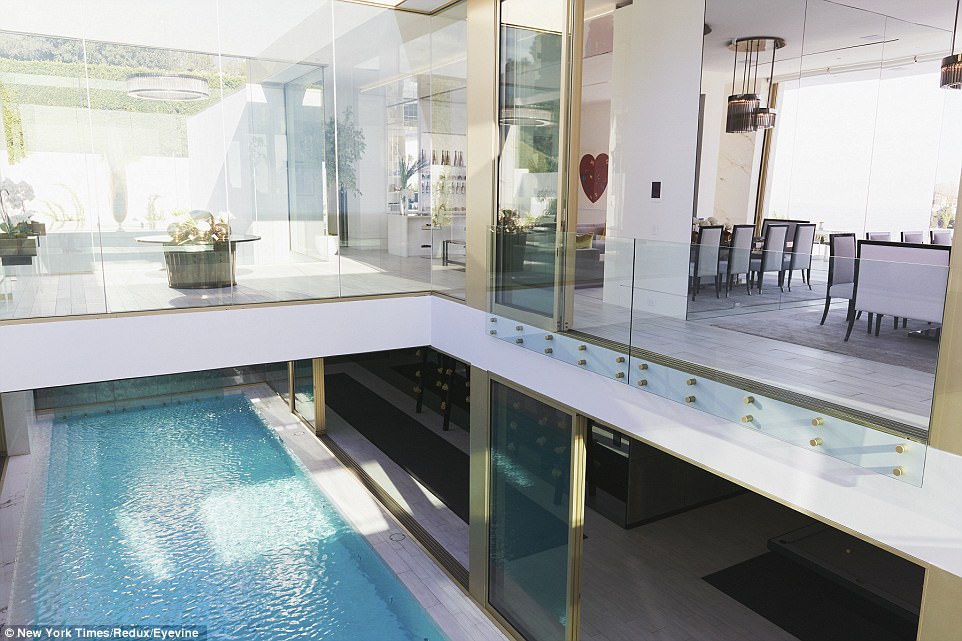 Pictured is an indoor pool in ‘Opus’, adjacent to a dining room for pre-or post-meal swims. ‘The One’ has between four and seven pools, depending on whether one includes the property’s moat and indoor spas

‘The One’, with a speculated asking price of $500 million, costs nearly four times more than the most expensive house ever sold in America – a home in New York state’s Hamptons that sold for $137 million in 2014.

The home is just one of a portfolio of super cribs the developer is touting. For a slightly more reasonable price of $85million, one might fancy a house called ‘Opus,’ a 21,000 square-foot Beverly Hills home which comes with a complimentary $12million worth of Lamborghini and Rolls-Royce vehicles. There is also an unnamed house that has a gold giraffe and a hot yoga room.

Complimentary items in the $85million Opus, meanwhile, include a Lamborghini and a cellar stocked with dozens of bottles of Cristal Champagne.