Growing numbers of patients are paying for life-saving surgery because of huge NHS waiting lists.

Private providers say demand for ‘self-funded’ operations has soared since the start of the pandemic.

Alarmingly, some patients feel they have to pay for heart operations that can cost as much as £20,000. A record 5.3million people are awaiting NHS treatment, some for as long as two years.

The revelations came as:

Health officials are increasingly alarmed by the scale of the NHS backlog caused by the pandemic. It is affecting everything from hip and knee replacements to cancer and heart procedures.

Charities say increasing numbers of patients who have been waiting for months are now choosing to go private ‘as a last resort’, with some considering taking out loans.

Britain’s largest private hospital group, HCA, said there had been an increase in ‘higher acuity care’ since the start of the pandemic – including a 20 per cent increase in ‘self-funded cardiothoracic inpatient procedures’. 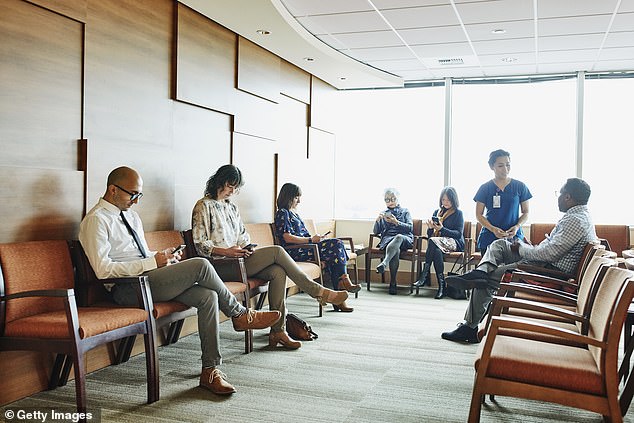 This includes operations on the heart and chest such as heart bypass operations, which can cost £17,500, having a valve replaced (£20,000) or inserting a stent.

The group also reported a 30 per cent increase in self-funded neuroscience procedures, such as those on the spinal cord and brain.

Spire Healthcare, the UK’s second largest private provider, reported that the number of inquiries from self-pay patients was up by 29 per cent from March 2020 to March this year.

Areas seeing the greatest demand included urology, which covers treatment of the prostate, bladder and kidneys, and gastroenterology – the stomach and digestive system.

Steve Cooper paid £10,000 for a hip replacement at the end of May to avoid waiting two years on the NHS.

The former design engineer, 71, had been diagnosed with arthritis in his right hip and had already waited a year for a referral before the start of the pandemic.

Frustratingly, his consultant retired without putting him on the official waiting list so he had to start the process again.

Mr Cooper, who is married with two grown up children, said his doctor told him he could be ‘waiting about two years’. He said: ‘There were constant aches and pains. It was preventing me from going downstairs, doing the gardening, getting outside the house. It was difficult to drive the car. 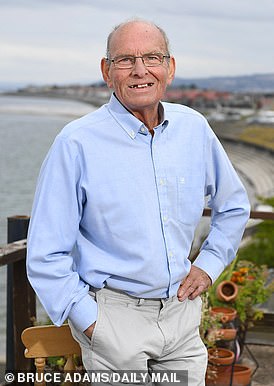 Steve Cooper (pictured) paid £10,000 for a hip replacement at the end of May to avoid waiting two years on the NHS

‘I was told it could be two years and I couldn’t be hanging around for that amount of time. So I went private.’

Mr Cooper, who lives in Penrhyn Bay, North Wales, added: ‘There was no other option.’

He says he is now able to do all the activities he used to do several years ago. He added: ‘It was quite expensive but I’m fine, back to normal now. It worked very well.’

He can now walk ‘normally’ again, adding: ‘I’ve got no sticks nor crutches nor anything.’

Nuffield Health, which runs 31 private hospitals across Britain, said demand from self-paying patients was ‘rising’ as did BMI Hospitals, which highlighted requests for hip and knee replacements.

Liz Heath, a consultant and author for the LaingBuisson market intelligence service, said its research showed that NHS delays were the biggest driver for patients choosing to pay for treatment.

‘There is definitely a relationship between NHS waiting times – not just for surgery, for diagnostic tests – and people seeking to self-fund,’ she added. ‘People are making their own decisions around their quality of life and their certainty of treatment. The uncertainty is difficult.

‘There are some people, for example older demographics, who would have spent a lot of money on holidays and have not had them, want to go back to enjoying life. They are thinking actually I will choose to spend that money.’

Approximately a quarter of private procedures are self-funded, which is where patients pay directly. The rest are covered by insurance.

David Hare of the Independent Healthcare Providers Network said: ‘With NHS waiting lists now at record levels, it is not surprising that more patients across the country are looking at private healthcare.’

He added that the body’s polling found a fifth of Britons were more prepared to pay for procedures than at the start of the pandemic, particularly for specialities such as cancer, orthopaedics and ophthalmology.

Siva Anandaciva, chief analyst of the King’s Fund think-tank, said: ‘It’s not unusual for more people to decide to pay for treatment at times when NHS waiting lists are growing quickly. However it is worth remembering the vast majority of private healthcare providers rely on staff who also work in the NHS – the same staff who already have full time workloads and are at risk of burnout after 18 months working in the pandemic.’

Tracey Loftis of the Versus Arthritis charity said it was seeing ‘more and more people in distress who cannot bear the thought of having to wait years for an operation, and see paying for private treatment as their last resort’.

‘Some seek financial support from their family, whilst others are considering loans, which threatens their financial stability.’

Industry experts told the Mail that hip and knee replacements and cataract treatment were the most common procedures patients were paying for as they often have the longest waiting times, or strictest eligibility criteria.

But they also said that patients were paying for more major operations such as heart surgery, to avoid the uncertainty of NHS waiting lists.

John Forrest of Spire Healthcare said: ‘We have seen a strong increase in self-pay inquiries through the early part of 2021, with significant demand from patients requiring a wide range of treatments, many of whom are new to private healthcare.’

I was in too much pain

Paul Nelson paid £8,500 for spinal surgery after being told it would be up to an 18-month wait on the NHS.

The retired soldier, 80, said that wasn’t an option because he was in ‘too much pain’. He had the operation in December and within six weeks was walking 8,000 steps a day.

Mr Nelson, pictured, who is married with 15 grandchildren, was suffering from a lumbar decompression of one of the discs in his spine which was pressing against a nerve.

His doctor told him the NHS wait for an operation was between a year and 18 months.

Mr Nelson, who lives in Broadstone in Dorset, said: ‘Although I’m 80, I’m still an active golfer and I just couldn’t cope with the idea.’ 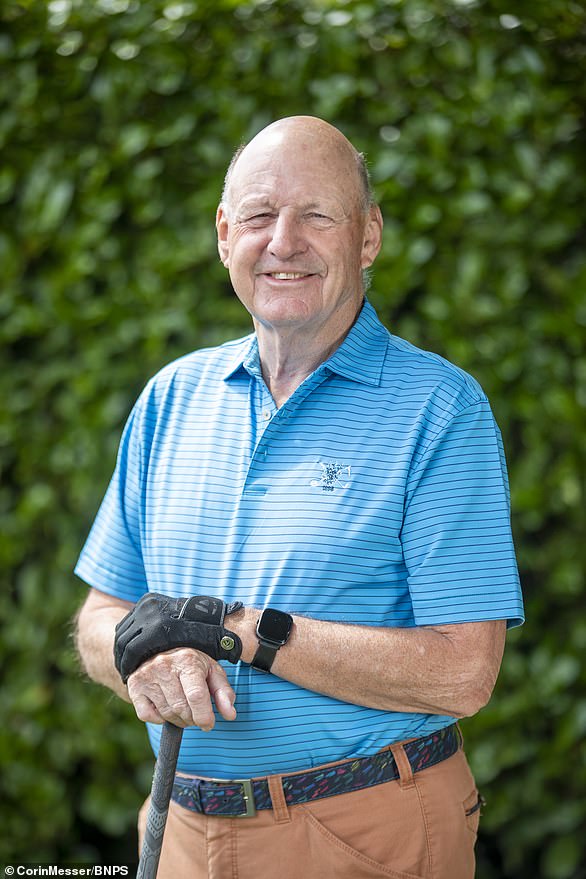 Paul Nelson (pictured) paid £8,500 for spinal surgery after being told it would be up to an 18-month wait on the NHS