Not so dividend-friendly: Amigo forced to ask for City watchdog’s approval to pay out cash to shareholders and directors

Subprime lender Amigo Holdings will need to get the City watchdog’s approval to pay out any cash to directors and dividends to shareholders, it said today.

The company, dubbed a ‘legal loan shark’ by MPs, has been in chaos in recent months, being the object of an investigation, struggling with a backlog of customer complaints and seeing its profits sink by 83 per cent in the last quarter.

Its newly appointed chief executive Glen Crawford also quit the company last month even before taking up the job amid a spat between its founder James Benamor and the company’s board.

New restrictions: Amigo will need to get the Financial Conduct Authority’s approval to transfer money out of the company

Today, the lender said it will need to get the Financial Conduct Authority’s approval to transfer money out of the company, including dividend payments, under a so-called Asset Voluntary Requirement (VReq) with the watchdog.

The FCA says it uses Vreq ‘where we suspect serious misconduct may have occurred and harm needs to be prevented immediately’.

Amigo said in a statement: ‘The Asset VReq will mean that prior approval by the FCA will be required to permit the transfer of assets outside of the Group in certain circumstances, including discretionary cash payments to the Directors of the Company and dividends to Shareholders.’

The company also tried to reassure shareholders that it has ‘adequate liquidity’ to continue to fund operations and support its customers.

But Amigo shares fell 6.5 per cent to 9.76p in morning trading on Monday. They have fallen 85 per cent since the beginning of the year.

It comes as concerns over the lender’s future grew in recent months. The company is currently being investigated by the FCA over how it works out the creditworthiness of its customers.

It has also been trying to catch up with a large backlog of complaints from customers, but has missed the deadline imposed by the FCA to slash it to an acceptable level twice during the pandemic.

The business has also been embroiled in a highly public dispute with founder James Benamor.

Benamor’s plans to return to the company were thwarted last month when shareholders voted against his proposals. But they still dealt directors a blow with a substantial proportion of votes backing the founder’s plans above those of the board.

Amigo, which charges a representative APR of close to 50 per cent, target those who cannot obtain credit from other lenders due to their poor credit history.

Loans are underwritten by family members or friends who agree to pay back the loan if the original borrower can’t, but the high interest rate can cause a problem for borrowers and guarantors alike. 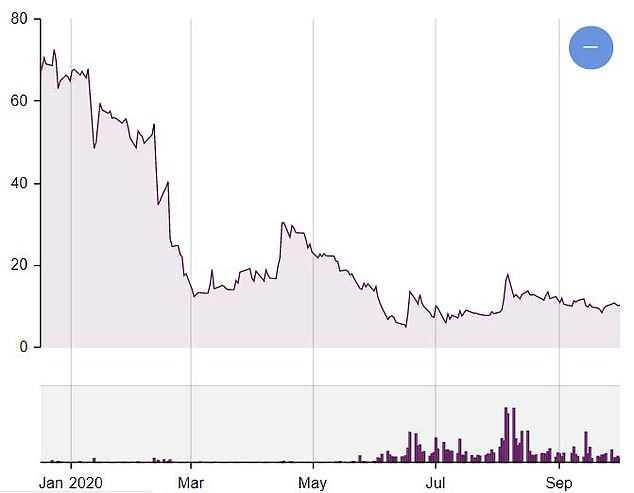