A horrifying new documentary exposing the rampant sex abuse in the Amish community details how girls are brainwashed into thinking being raped or molested by a family member is normal and a result of their ‘carelessness.’

The two-part Peacock TV series ‘Sins of the Amish’ follows four women from different Amish and Mennonite backgrounds — Meg, Mary, Misty, and Audrey — as they share their personal stories of sexual abuse and their attempts to seek justice.

Mary opened up about being sexually abused by her father and her brothers Johnny, Eli and David when she was growing up in an Amish community in Wisconsin, saying, ‘My first perpetrator was my biological father. I was five.’

She uncovered a sex education pamphlet she was given as a child while going through her things and read out loud from it, according to The Daily Beast. Titled ‘To the Girl of Eleven,’ the guide taught girls that incest was a natural occurrence and their fault.

Mary opened up about being sexually abused by her father and her brothers Johnny, Eli and David in the Peacock TV documentary ‘Sins of the Amish’

‘This sex urge, once it is awakened and active in a young boy at the age of puberty and beyond, can become a powerful driving force within. Every decent girl will do her best to help him, and not make it harder for him. Even in your own home, if you have brothers in your teens, you should be mindful of this,’ she read.

‘Your brother innocently coming upon you and seeing your partly uncovered body may suddenly have strong sexual desires aroused within him. His intentions were not bad, but he suddenly finds himself a victim of your carelessness in the lust of his own body.’

The pamphlet also advised young girls to avoid wearing revealing clothes around their male family members and to keep their bedroom doors closed at night to prevent sexual abuse.

Mary, whose father died when she was a young child, said nothing would deter her brother from raping her — even a locked door. 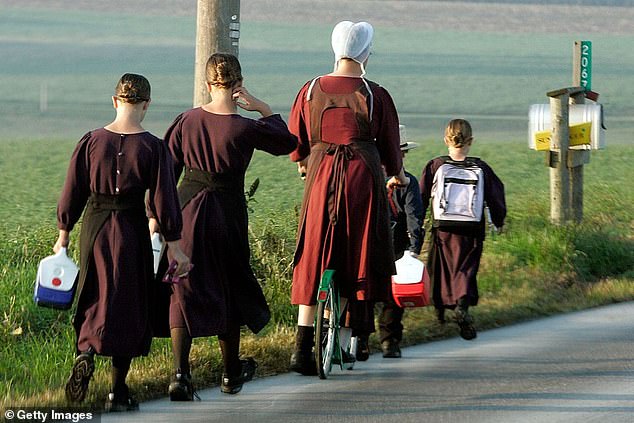 ‘He would take off the hinges,’ she said tearfully. ‘I remember him grabbing me and then I remember instantly splitting into two people. Like I wasn’t even there. When I came back, the door was closing, and he was gone.’

Women and girls in the insular religious community are taught to forgive their abusers. Speaking out against rape is considered worse than the act itself.

She found the strength to leave the community after finding out her brother was sexually abusing her little sister. She said her mother encouraged her sister to keep quiet, telling her, ‘You have to forgive.’

‘It clicked, that if I don’t do anything, my sister is gonna grow up and have the exact same hell as her childhood, as I did,’ she explained. 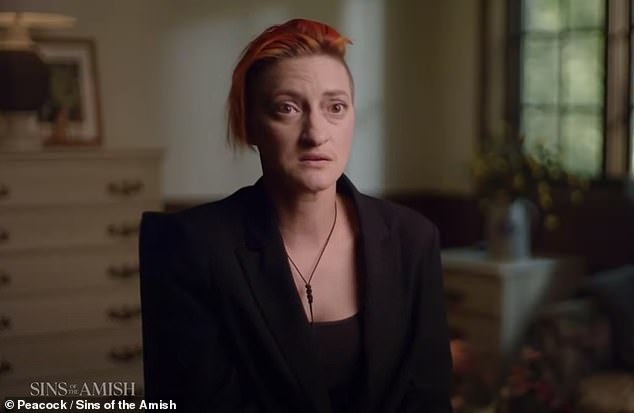 Mary uncovered a sex education pamphlet titled ‘To the Girl of Eleven’ that she was given as a child and read out loud from it. The guide taught girls incest was a natural occurrence and their fault 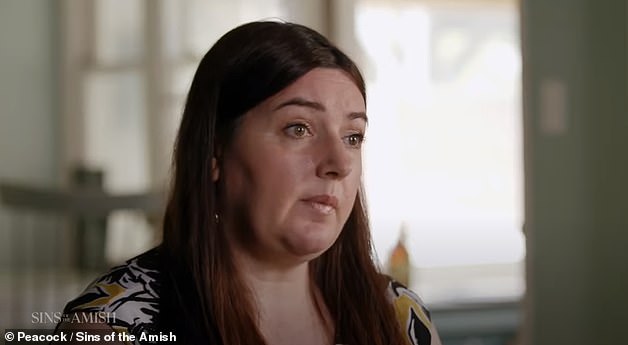 ‘Amish communities view going to the police as a greater sin than the rape itself,’ explained fellow survivor Misty, who reported being raped by a bishop in the church

When Mary brought her brothers to court, busloads of Amish community members attended the hearing to defend her rapists. Her mother even went as far as dismissing the abuse in a letter to the judge.

‘I have a feeling she is doing this out of spite more than anything,’ she wrote. ‘Ever since I learned to know Mary personally, she had a habit of making things sound worse than they really are.’

Mary’s elder brother Johnny, who confessed to raping her upwards of 200 times, was sentenced to just one year in jail with work release and 10 years of probation.

‘Amish communities view going to the police as a greater sin than the rape itself,’ explained fellow survivor Misty, who reported being raped by a bishop in the church.

Meanwhile, Meg and her sister Rebekah shared similar stories of sexual abuse while growing up in Amish communities in Michigan and North Carolina.

Their brother started sexually abusing Rebekah when she was six and confessed to Meg shortly after that he had raped her. When Meg told their parents, Rebekah was blamed for the abuse. 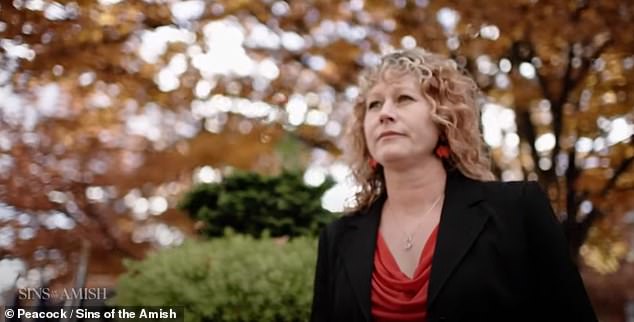 Audrey, a mother of five who recently left the Amish community, took her ex-husband, Mike, to court after learning he had sexually abused three of her daughters 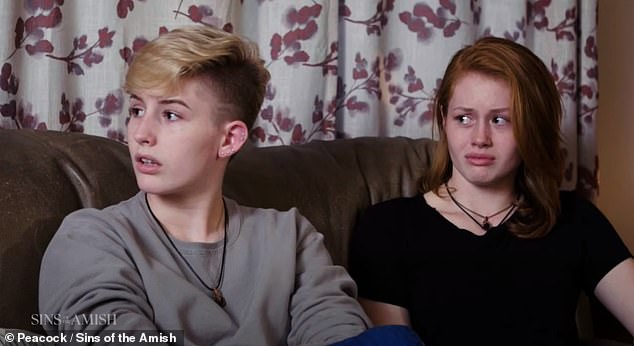 Audrey, a mother of five who recently left the Amish community, took her ex-husband, Mike, to court after learning he had sexually abused three of her daughters.

After she had filed for divorce, her eldest daughter, Marlena, confessed that Mike had sexually molested her from when she was 10 until she turned 16, according to The Cinemaholic.

Dorthea came forward with a similar story of abuse, and Audrey’s younger daughter Angie later revealed that Mike had repeatedly raped her, starting when she was five years old.

‘Sins of the Amish’ chronicles the family’s struggle to find justice after Mike applied for a plea agreement that Audrey’s lawyers advised her to sign off on rather than take the case to trial.

Audrey’s ex-husband was sentenced to 5 to 10 years in prison and 10 years of additional probation, per his plea deal, in November 2021.