There’d be an elephant in the room if you talked about Amsterdam and didn’t mention, even in passing, De Wallen. The Red Light District (RLD) is one of the most famous – or infamous – parts of the city. The area is the nucleus of Amsterdam’s legalised prostitution industry and, as such, is home to a couple hundred shopfront-style windows where sex workers try to entice customers in the glow of red lights.

Obviously, it’s not Amsterdam’s most squeaky-clean region, but it’s not off limits to tourists, either. In fact, visit at the right times and in the right way and you can walk away having had a really insightful experience. Of course, if the concept of the area makes you feel uncomfortable, it’s probably best to spend your time in other parts of Amsterdam.

Climb on top of the Oude Kerk for a view of De Wallen (Credit: Wim Hanenberg)

Metro: There are no tram stops inside the Red Light district. Get off at Nieuwmarkt Square and walk two minutes north.

Opening times: The windows of De Wallen are only officially closed for two hours a day, between 0600 and 0800. It’s much quieter in the daytime. The peak time to see the windows is around 2300.

Tickets: It’s free to wander around De Wallen. Guided tours of the area cost around €15. The Amsterdam Tourist Board recommends RLD Amsterdam Tours. Entry to the Erotica Museum is €7, the Sex Museum is €5, the Old Church is €10, and the Museum of Prostitution is €10 or €8 online.

Tips to avoid the queues: In peak season, there’s not really any getting around the queues at places like the Sex Museum. Try to get to places as soon as they open and you’ll get in quicker.

De Wallen is one of the oldest parts of Amsterdam. The Oude Kerk (Old Church) in its centre is more than 800 years old. The guides that run RLD tours will tell you that prostitution existed in the city from the year dot, that brothels became popular in Victorian times, and that the first law to legalise prostitution was passed in the early 19th century, although pimping was still illegal and there were loopholes in the law. In the late 1980s, the Dutch government started to recognise prostitution as a profession in order to safeguard the sex workers of the city. In 2008, the mayor of the Amsterdam launched an initiative called Project 1012 that was designed to clean up the area. The 10-year plan saw a number of disreputable businesses closed for good. Today, kooky bars, independent shops and non-green coffee shops are also springing up in the Red Light zone.

De Wallen stretches from just below Central Station in the north to the banks of the Rokin Canal in the south. There are areas where prostitution is much more concentrated, though. The streets around the Oudezijds Voorburgwal and Oudezijds Achterburgwal canals have the most activity. The best way to get around the RLD is on foot. If you’re visiting without a guide it’s best to explore with at least one other person, especially at night. Also, bear in mind that tourists are not supposed to take pictures of the workers in the windows.

The red lit windows of De Wallen look in on little rooms which are usually furnished with a couple of chairs and a bed. Prostitutes walk around behind the glass in lingerie. If curtains are closed, it means the rooms are occupied by customers. Look out for blue-lit windows, too, as these signal that the prostitute inside is transgendered or a transvestite. 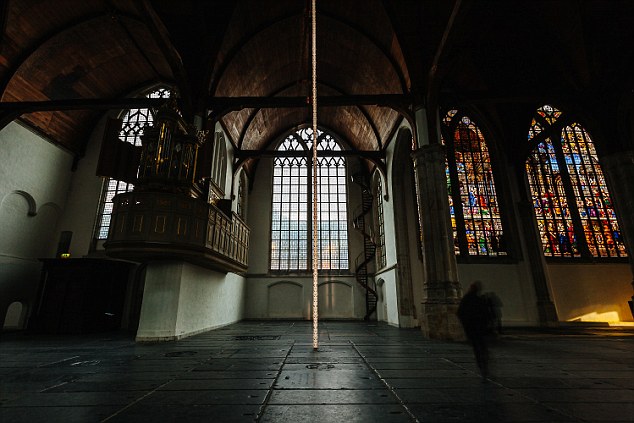 This Gothic church has served as the final resting place for many high-profile locals, such as Rembrandt’s wife and naval hero Jacob van Heemskerck. Today, Oude Kerk hosts regular art exhibitions. Visitors can explore by themselves or pick up the ‘soundwalk’ audio tour from the front desk. The church is open Monday–Saturday 1000–1800, and Sunday 1300–1730.

Condomerie The Condomorie is a specialist condom shop. As well as selling a full range of standard condoms, it also sells quirky gifts, such as condom lollipops, a condom washing line and condom mugs. The museum is open Monday 1100–2100, Tuesday 1100–1800, Wednesday–Saturday 1100–2100. 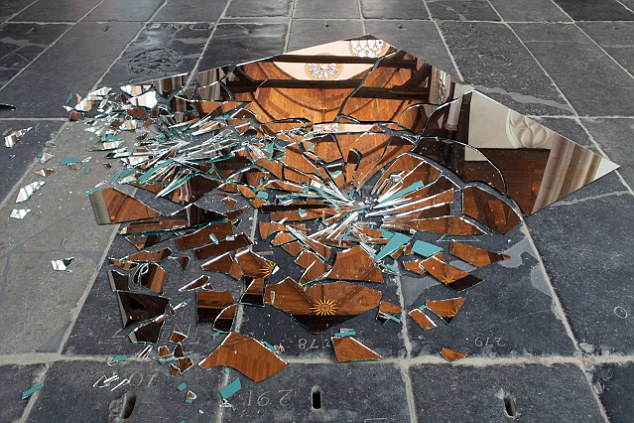 As the name suggests, the Erotica Museum at Oudezijdsachterburgwal 54, is all about eroticism and the forms it has taken over the ages. Exhibits include art and sculptures, and there’s an area dedicated to sadomasochism. The museum is open Sunday–Thursday 1100–0100, and Friday–Saturday 1100–0200.

Just outside De Wallen on Damrak 18, the Sex Museum charters the history of sexual love. Its exhibits include artwork, photographs, recordings, lingerie and sex toys. The museum is open daily 0930–2330.

Located at Oudezijds Achterburgwal 60, this museum catalogues the history of prostitution around the world. Inside, you can listen to the stories of prostitutes, visit an example of the sort of room they work in, and experience what it feels like to sit in a window. The museum is open daily 1100–2400.