Plans for the 5,000 square-metre out-of-town building have been outlined in a document submitted to the council by mayor Femke Halsema.

The mayor hopes to move and downsize the red light district from the alleyways in Singel, Amsterdam, to a purpose-built centre outside of the main hub. 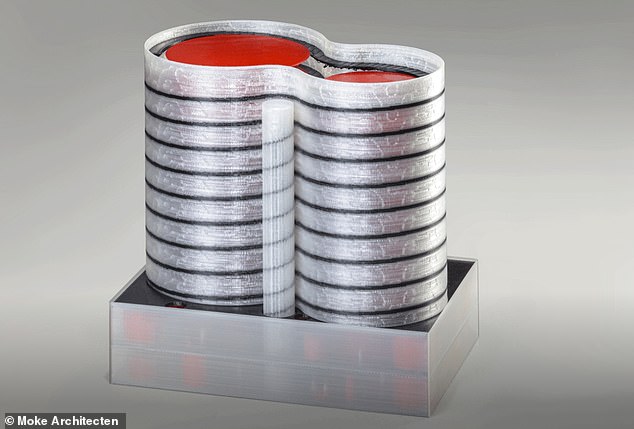 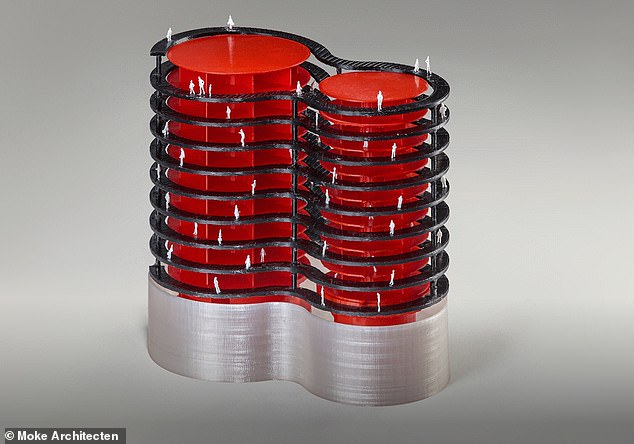 The plans, which appeared in December 2020 on Moke Architecten’s website, show that visitors can make their way past the sex workers, caterers and live shows via spiral ramps

The city is reportedly seeking a commercial partner for the enterprise, which comes as part of plans to turn the focus away from sex and drugs and make the inner city more livable for locals.

In January, the council approved Halsema’s plans to shut down some of the windows in Amsterdam’s red light district, which is currently located around the docks.

The document sent to the council also claims the new building will have space for emergency services and may have an entry price to avoid ‘leering’ tourists at De Wallen, where the red light district is currently located. 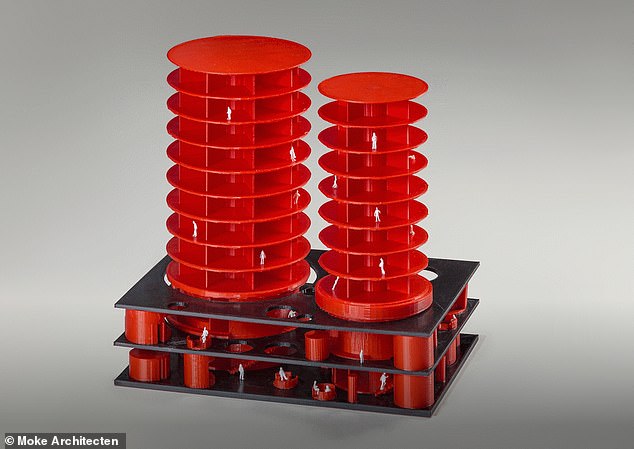 The designs show levels underneath the basement where entertainment is provided. Pictured: The plans as they appeared in December 2020 on Moke Architecten’s website 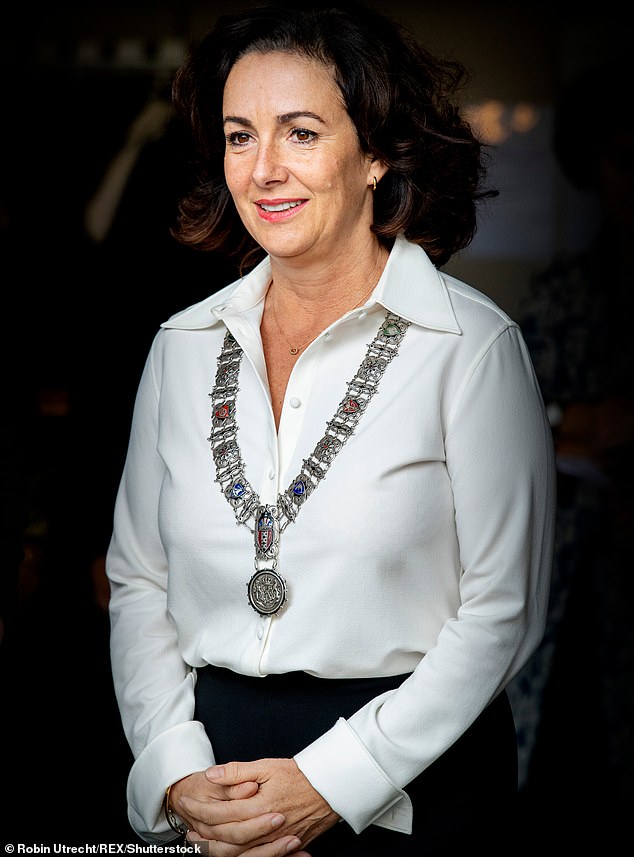 Plans for the 5,000 square-metre out-of-town building have been outlined in a document submitted to the council by mayor Femke Halsema (pictured in 2018) 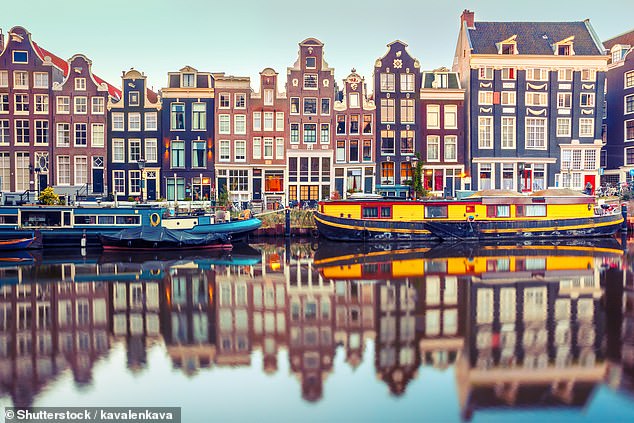 The mayor also hopes to improve the rights and conditions for sex workers, clean up the city’s historic centre and reduce human trafficking and criminality.

But the plans have seen some opposition from sex workers, with non-profit organisation Prostitution Information Centre, set up by former sex worker Mariska Majoor, voicing their concerns.

‘Time and again sex workers are blamed for nuisance in the red light district that they do not cause.’

Tours of the legal prostitution zone, which have been deemed ‘disrespectful’ to sex-workers, by deputy Mayor Victor Everhardt, were already banned from April 1, 2020.

Also under consideration is the reduction of the number of cannabis coffee shops and banning foreign tourists from being served in them, a move which is likely to be met with opposition from local councillors. 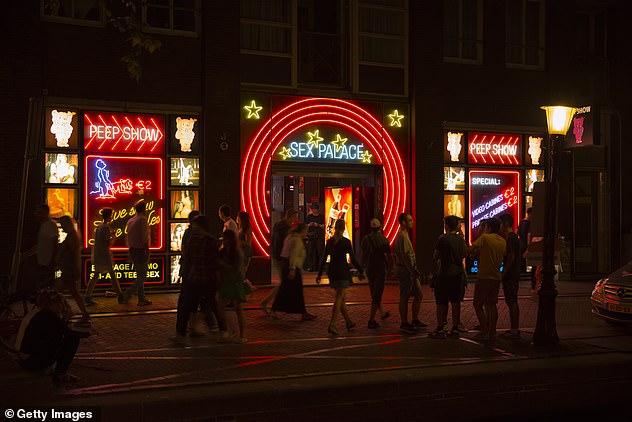 Cannabis has been readily available in coffee shops in Singel, Amsterdam, where prostitution is also allowed, but Halsema is seeking political support to stop foreigners visiting to get high.

The mayor has previously said the goal was to ‘strengthen cultural diversity and the local identity’, as well as create ‘more accessible public space and more greenery’.

Prior to the Covid-19 pandemic, the city attracted 20 million tourists per year and was known for its thriving nightlife and cannabis-selling cafes and bars.

A surveyed 11 per cent of tourists saying they would never visit the city again if cannabis was prohibited, the research by the Amsterdam research, information and statistics office, found last year.

Amsterdam is looking to stop foreign tourists, who are known to be rowdy in the red light areas, from being drawn to the city centre.