Amy Childs revealed that her former beau Bradley Wright does see their daughter Polly, despite splitting weeks after the tot was born.

The 27-year-old former TOWIE star spoke to MailOnline about co-parenting their daughter as she was crowned 3D Lypo’s Celebrity Mum of the Year just five months after giving birth to her bundle of joy.

As Amy thanked her fans for their support, she also slammed vile trolls who have criticised her parenting on social media, saying she doesn’t listen to critics as she is a ‘normal mum.’

Moving on: Amy Childs, 27, revealed that her former beau Bradley Wright does see their daughter Polly after being crowned 3D Lypo Celebrity Mum of the Year

She said: ‘Do you know what, at the end of the day Bradley does see Polly.

‘He has got a relationship with Polly and that’s all I want him to be really, a good dad. And if he does see Polly then that’s fine, but it is what it is.’

Amy added that she was shocked to be awarded Celebrity Mum of the Year, after going up against Coleen Rooney, Cheryl and her Royal Highness the Duchess of Cambridge.

She added: ‘I’m so thrilled, I can’t believe it – I just want to thank everyone; all my fans out there. I was literally so shocked.’

On changing her lifestyle post-giving birth, she said: ‘It’s really nice being able to put Polly first – being a mum is a full time job but it’s the best thing that’s ever happened to me. I wouldn’t change it for anything. ‘ 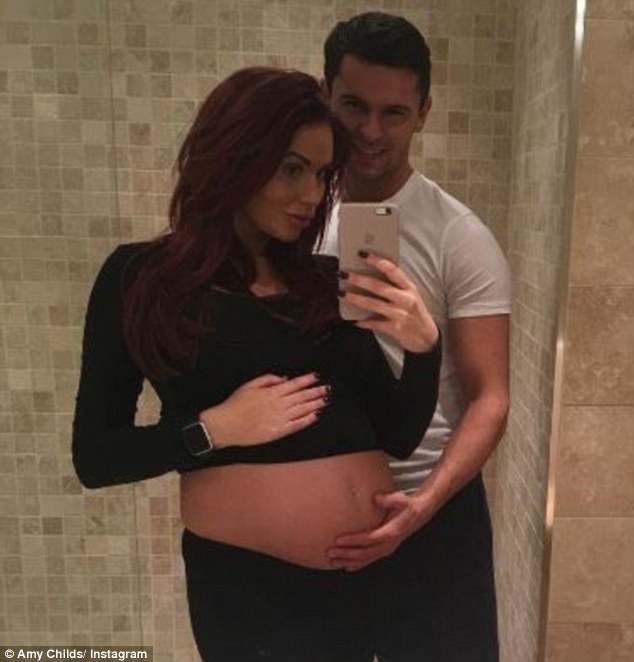 Former flame: Amy revealed that her ex Bradley sees their daughter Polly, despite their split just weeks after the tot was born 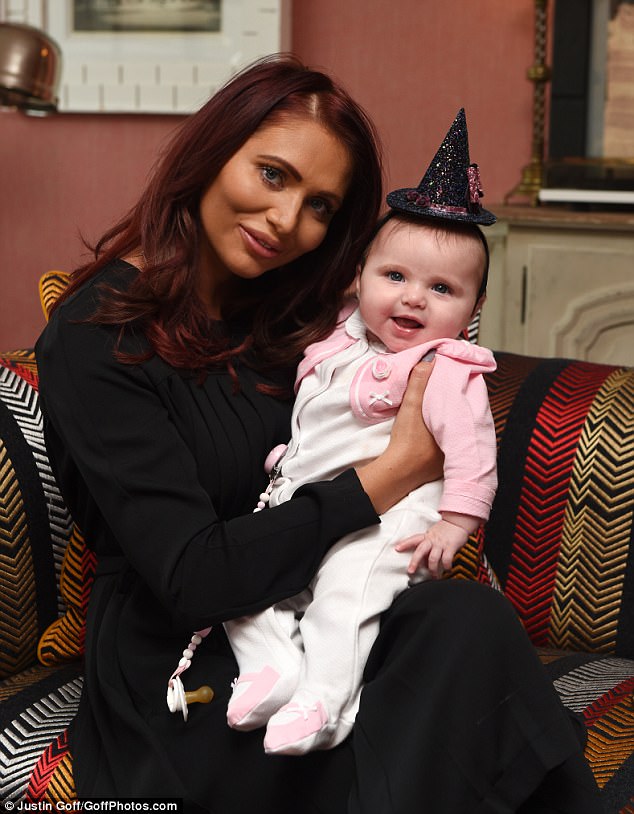 In love: Amy added that she was enjoying life as a full time mum, and did not miss her party lifestyle from her time on TOWIE 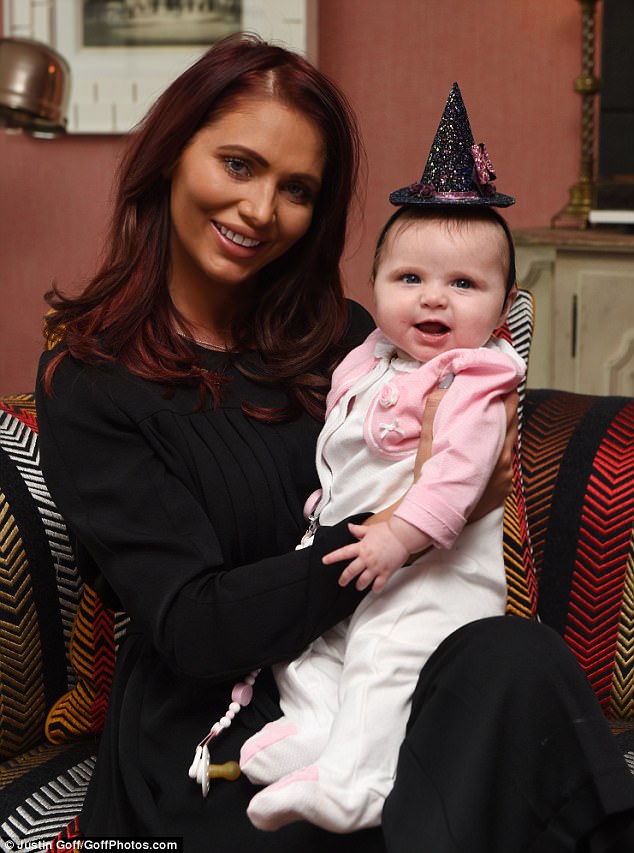 Sweet: Polly got in the Halloween spirit rocking a sparkly witches hat

Joined by her own Mum Julie as she picked up her award, Amy added that did not pay attention to vile trolls on social media who criticise her parenting.

She said: ‘I might get one person who writes something bad about Polly – there’s just no need really. As a new mum I get loads of advice and I give loads of advice.

‘My support on Instagram has been absolutely amazing, and that’s probably why I won the award, because I’m a real mum. I’m a normal girl, a single mum, I do it all by myself and I love being a mum.

‘It is hard work but I love it, I wouldn’t change it for the world.’ 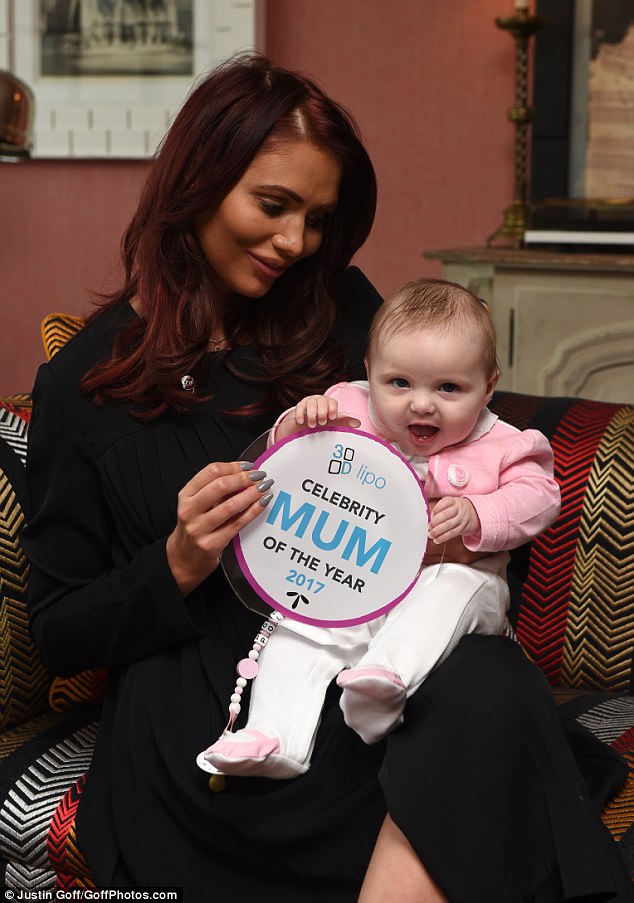 Happy: In an exclusive interview with MailOnline, Amy revealed that Bradley does see their daughter regularly, saying all she wants him to be is a good dad 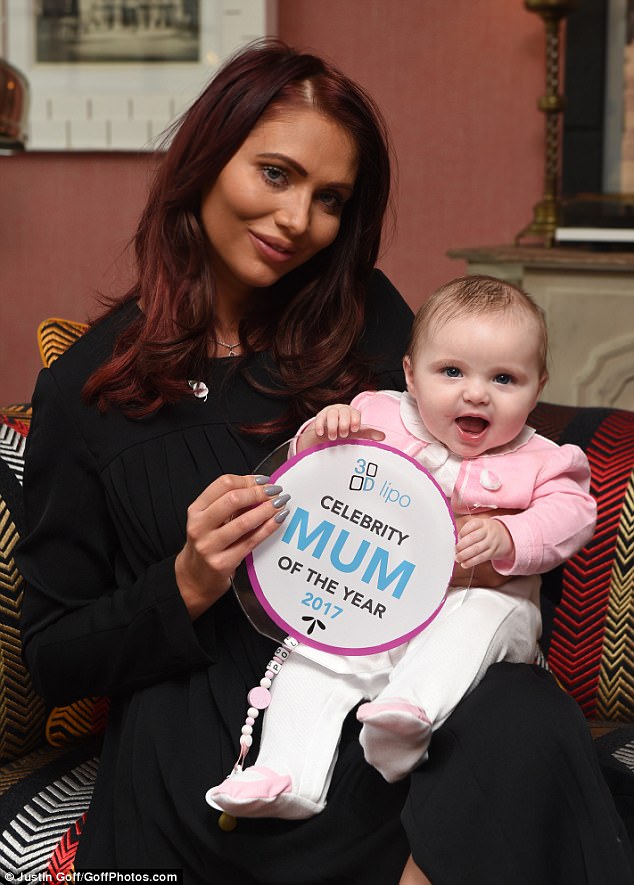 Cute: Amy posed for snaps with five month old Polly after receiving her award, who looked adorable in a pink and white onesie

As Amy posed for snaps with little Polly, the youngster looked utterly adorable in a pink and white onesie, getting into the Halloween spirit with a little witch hat.

The mum added that she relied on 3D Lypo to help her back into shape after giving birth, saying: ‘I had 3D Lypo which was amazing. I think in the space of two weeks, literally after a few sessions I went down a dress size.’

Amy also revealed that she does not miss her partying lifestyle from her time on TOWIE, adding: ‘No, I love this. I love being a mum. I absolutely love it and she’s my world. Sometimes I wonder what I did before I had a baby. I think. ‘What did I do?’ 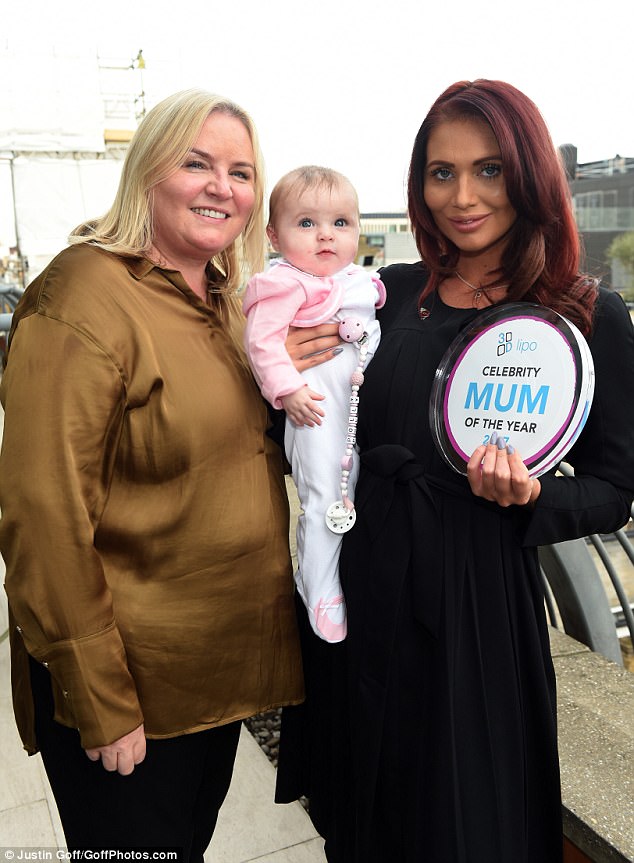 Honoured: Amy attended the event with her own Mum Julie, after beating out Coleen Rooney, Cheryl and The Duchess of Cambridge for the award 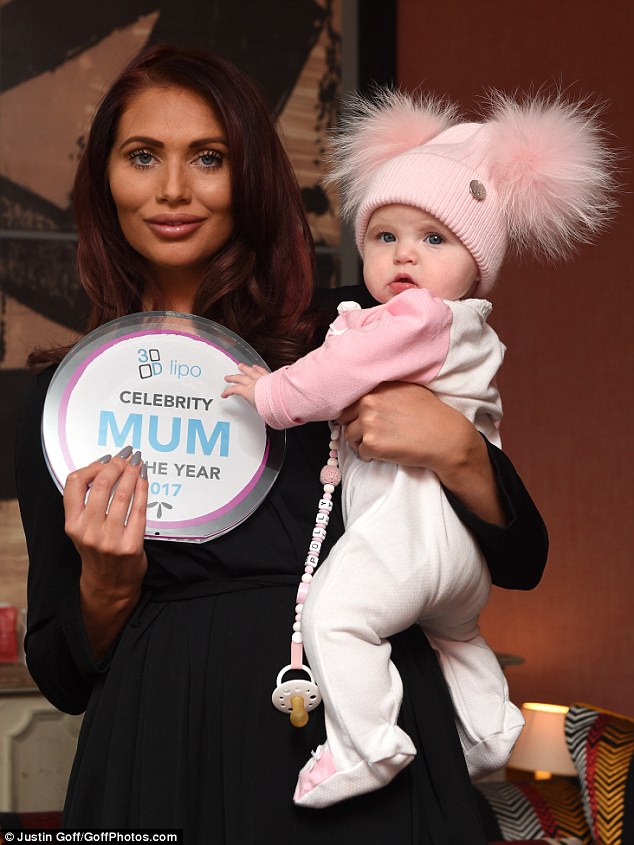 Adorbs: Amy added that she does not listen to trolls who criticise her parenting on social media 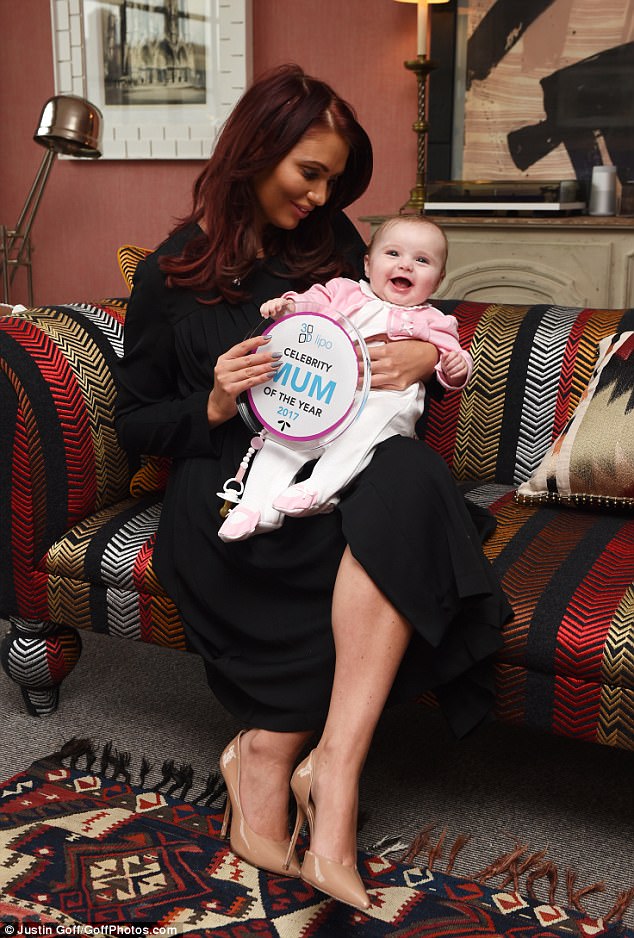 Strong: The fiesty redhead added that she has received plenty of support from fans 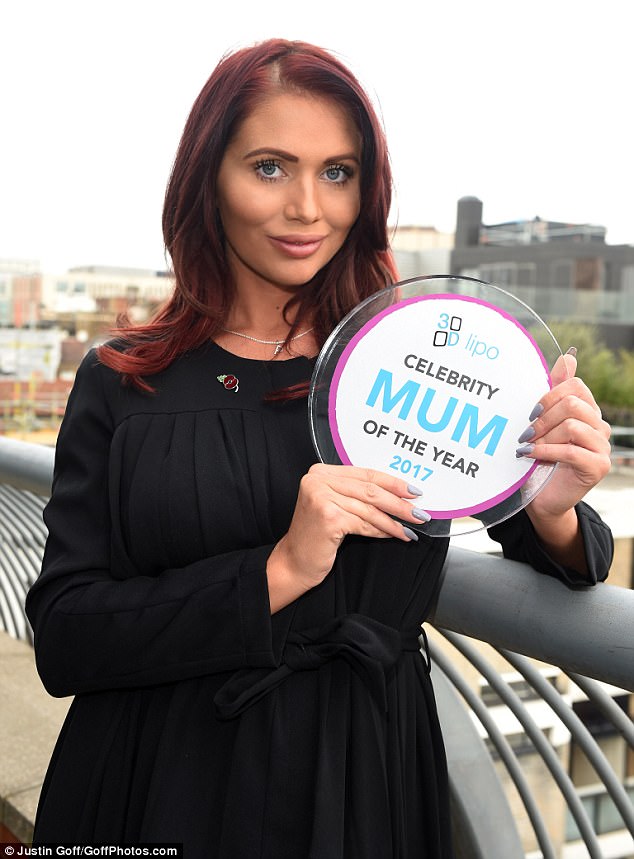 Excited: Amy also said that she relied on 3D Lypo to get back into shape after giving birth