The author of a heart-wrenching novel about rape has revealed she was sexually assaulted by a family friend when she was 15 years old, and felt ashamed for years afterwards.

Amy Hatvany, who is from Seattle, Washington, published It Happens All The Time, her seventh book, earlier this year. The novel follows the story of Amber, a college student and anorexia survivor, who gets raped by her childhood friend Tyler after a night of drinking and partying.

Writing it was partly a ‘cathartic’ experience for Hatvany, 45, and a chance to show how toxic masculinity can cause some boys to become rapists, even though they are otherwise deemed ‘good’ people contributing to society.

Opening up: Author Amy Hatvany, 45, who has penned a heart-wrenching has revealed she was sexually assaulted by a family friend when she was 15 years old 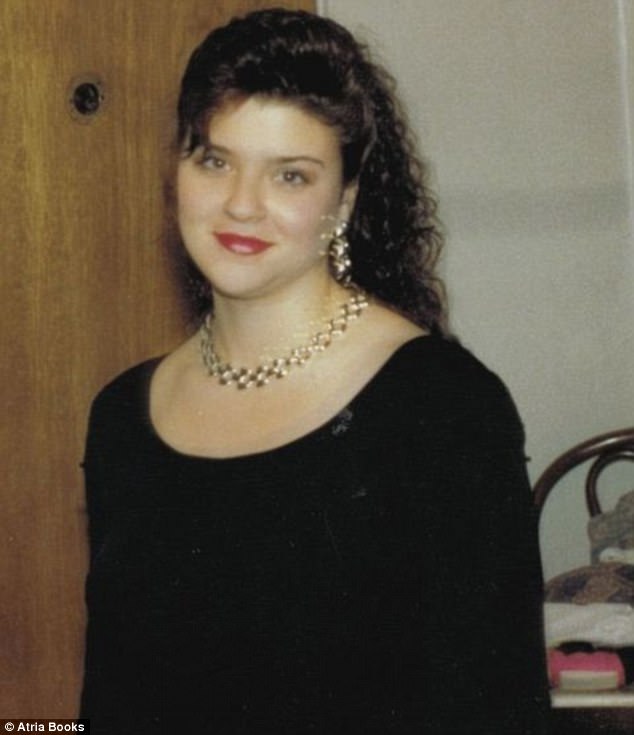 Past: The writer (pictured as a high school student) has described how someone she had a crush on forced himself on her after kissing her

The mother of two, who has taken it upon herself to have open and at times difficult conversations with her children about sex and consent, opens up about the assault in a powerful video.

‘He was someone I had a crush on,’ she says in the clip about her attacker. ‘He was older and cute. I liked him and I wanted him to like me. He was someone who was close to my family. Someone I knew growing up. And then he kissed me. And at first it was nice and sweet and my heart was racing. And then it changed… Where he kind of jammed his tongue in my mouth and grabbed my breasts and squeezing.’

Hatvany cries and her words get muffled as she continues to recount: ‘I was pushing him off and telling him no. I didn’t know how to fight back. I didn’t know if I was supposed to. I thought, “Is this how it goes?” ‘

She then lists three adjectives that describe her after the assault: ‘Broken, scared, ashamed.’

‘I know it’s not my fault,’ the author continues. ‘I know now. But it took a lot of years to believe that. I don’t know what I would say to him. Because sometimes saying no isn’t enough. And that’s the problem isn’t it? Girls say no and boys have sex with them anyway.’

The writer wrote about the assault in more details in a heartbreaking essay for Seventeen, describing how she told her attacker to ‘wait’ when his grip became too strong, only for him to respond: ‘I can’t. You’ve got me so turned on.’

‘His free hand was on my thigh, then, pushing up my skirt. His thick fingers yanked my panties out of the way and jabbed inside me,’ Hatvany wrote. 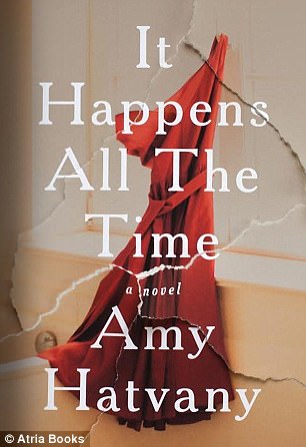 Work: Hatvany’s novel It Happens All The Time, published earlier this year, tells the story of a college student who gets raped by her childhood friend

‘An electric, paralyzing bolt of pain shot through me. In that instant, I knew there was nothing I could do to stop him. I closed my eyes as he continued to grope me, cringing as he unzipped his jeans.

‘I will never forget the feeling of his hand on the back of my head, pushing it down onto him, while tears ran down my cheeks. The memory has stayed with me for years, following me like a second shadow. It wakes me in the night, stealing my breath.’

In the years that followed the assault, Hatvany often wondered how, and why, her attacker was never taught that such behavior was ‘not OK’.

The writer, who has a degree in sociology, explored the question further when she wrote It Happens All The Time. She was inspired by several high-profile assault cases, and wanted to tell the story both from the side of the victim, Amber, and the perpetrator, Tyler.

Hatvany made Tyler a paramedic who constantly wants to impress his father, despite the latter’s blatant misogyny and abusive behavior towards women.

By showing both Tyler’s and Amber’s thought processes before and after the rape, Hatvany shows how the lines of consent can feel blurry.

‘Tyler is not a bad kid, which the majority of the men who rape are not traditionally,’ Hatvany told the DailyMail.com. ‘Our culture defines rapists as bad people. They’re not. But they have this toxic masculinity that is just riddled in their subconscious.’

Hatvany herself didn’t disclose her rape to anyone until she went to college and finally went to consult a therapist. She was raised in a religious household and didn’t feel she was in the right conditions to tell her parents what had happened. But she knew she needed help.

Rapists this toxic masculinity riddled in their subconscious

‘The minute I went to college, I started seeing a counselor at 18. She was the first person I told,’ Hatvany told Femail. She didn’t tell any of her romantic partners until she opened up to her second and current husband, telling him about the ’emotional pain and struggle’ that came with the attack.

In her novel, however, she chose to have Amber tell her parents about her rape not long afterwards.

‘I think I wanted to take that opportunity to show how parents can react in a situation like that,’ she said. ‘That was maybe to give Amber what I didn’t get. That’s not to blame my parents. It was 30 years ago. Things were still very different. I wrote it that way because I really did want to give her what I didn’t get.’

She was also careful to show how Amber’s parents immediately believe their daughter, even though they know her attacker and love him dearly, and how they let her choose whether or not to report the rape to the police.

As a parent, Hatvany has fostered open conversations with her daughter, who is now 17, and her son, 16.

‘I have those very upfront discussions with my son,’ she said. ‘Our household in general is very sex-positive. I’ve always made a conscious choice to be that way, because I was raised in a home where sex was just forbidden. You just don’t talk about it.’ 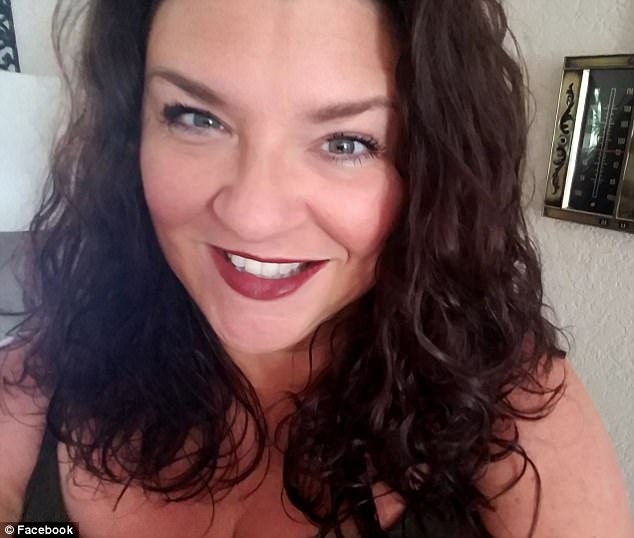 Honest: As a parent, Hatvany (pictured) has fostered open conversations with her daughter, who is now 17, and her son, 16, and is careful to discuss sex and consent openly with them

Both of her children know about her assault, and have watched the video in which she discusses it. Hatvany had told them about the attack previously, but they didn’t fully grasp its implications of it until they saw and heard their mother discussing it on camera.

Her daughter called her afterwards saying ‘Mom, I’m crying so hard’, while her son said ‘God, Mom. I’m so sorry that happened to you.’

‘I think it made a big difference to them to know, and to see me talk about it on film like that and see me cry a little bit, and just really what it did to me,’ Hatvany said. ‘How it tore me apart at 15 years old and I had to learn how to rebuild myself.’

Even before discussing her rape with her children, the author talked to her son about consent, something she continues to do today.

Until we start having the conversations that count, this will continue to happen

‘I have  really tough conversations with my son,’ she added. ‘I challenge his beliefs and the comments he makes about women that I know he’s picking up from boys he hangs out with, and the media that he sees and all of these things. But I’m not going to shut up about it. I’m just not.’

Part of teaching children about consent, for Hatvany, is to show them from a very young age that physical marks of affection must be given with the consent of the other person. This also involves not forcing them to be hugged or kissed by family members if they don’t want it.

She has also urged parents to teach their children to respect the word ‘no’ and listen to their gut feelings when they feel a situation isn’t right.

When they get older, Hatvany wrote in an advice piece for Parents.com, it is time to tell them consent is the result of a clear ‘yes’, not the absence of a ‘no’.

‘There are muddy waters around all of this,’ she told Femail. ‘But until we start having the conversations that actually count, which are, “Why are we not doing anything to keep men from becoming rapists or sexual harassers, or just abusive of women sexually in the small millions of ways we women experience every day?” this is going to continue to happen.’ 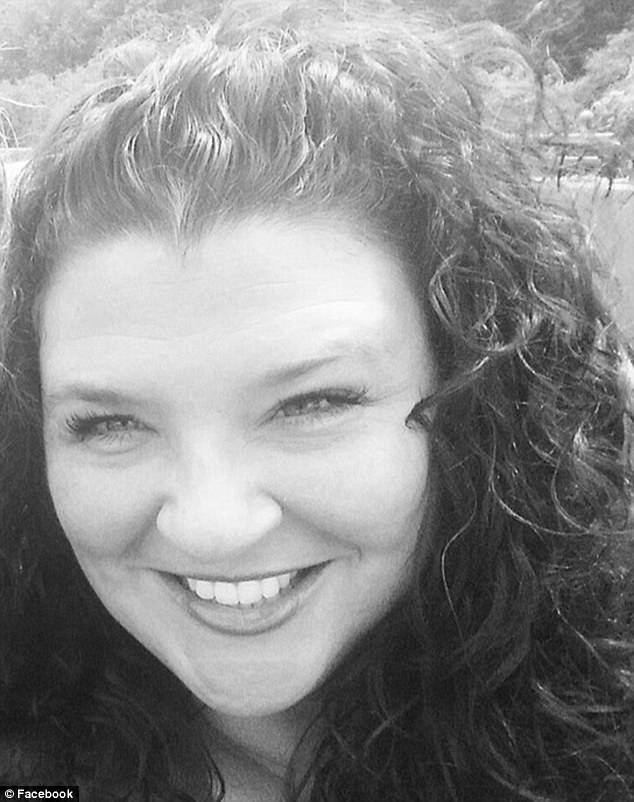 Choices: The writer knows how difficult it is for survivors of sexual assault to come forward, so she understands both the women who have spoken out, and those who have not

Hatvany has experienced push back, she said, from mothers of sons who cannot imagine their boys could one day abuse someone else.

Some readers have also blamed Amber for the rape that unfolds in It Happens All The Time, leaving the author feeling ‘really sad’.

‘It’s really disheartening, the response of “Amber asked for it”, which is basically saying that I asked for it,’ she said. ‘If you look at some of the Amazon reviews, “She totally led him on, I felt sorry for poor Tyler, Amber was a b***h.” ‘

In Hatvany’s novel, Amber, an anorexia survivor, goes through a serious relapse after her rape. The author herself struggled with eating disorders after being attacked.

‘I’ve always struggled, as most women do, with body issues. I started gaining a lot of weight after I was sexually assaulted. I know that this is a weird thing to say, but I was overweight and then anorexic,’ she said.

‘I think anorexic thinking is very much the same thinking  as someone who is a compulsive over-eater. Its exactly the same disorder, it just manifests in a different way. People feel sorry for people who have anorexia, and not so much for people who compulsively overeat.’

The writer is now in recovery, but remains acutely aware of how little compassion people tend to have, in her experience, for those who become overweight as the result of an eating disorder.

Hearing more than 50 women accuse Harvey Weinstein of sexual harassment and, in some cases, rape, has been at times difficult for Hatvany, who feels a strong sense of ‘kinship’ with them.

The writer knows how difficult it is for survivors of sexual assault to come forward, so she understands both the women who have spoken out publicly, and those who have not.

She does, however, feel frustrated to keep having the ‘same conversation’ over and over again when it comes to sexual assault, and not seeing any changes.

‘People are saying, “Why did these women not say anything?” Hello! That’s victim blaming,’ Hatvany said. ‘The language of rape is still focused on what women are supposed to do to not get raped, instead of why boys are not being taught not to be rapists.’