‘An example to others’: Niko Kovac commends Mauricio Pochettino on the job he has done at Tottenham

‘They’re an example to others’: Bayern boss Niko Kovac commends Mauricio Pochettino on the job he has done at Tottenham ahead of Tuesday’s Champions League clash

The Bundesliga champions are in London for Tuesday’s Champions League Group B clash with Spurs and Kovac is impressed with the Premier League side.

Pochettino has turned them from Europa League also-rans into European Cup finalists and that has not gone unnoticed by the Croatian, who admits coming to watch a Spurs game three years ago. 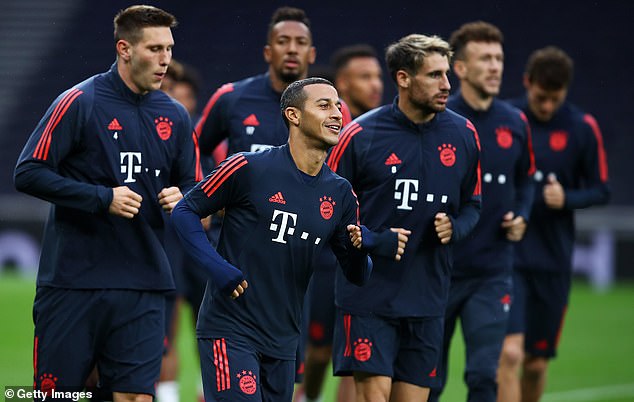 ‘It is a very, very positive development,’ the Croatian said. ‘In 2016 I was here and they were in the old stadium, I was here to watch Tottenham against Swansea, the flair was different, the stadium was smaller, but the atmosphere was strong.

‘You can see what it means when you have a good coach, a good manager.

‘In my opinion Tottenham have a very positive light in European football, they are now able to compete with the very big teams, even if it didn’t look that way seven or eight years ago.

‘They have continuity, he was given time and he has done a great job and that is an example for others.

‘It is definitely going to be a game with level footing, when you look at the players from both teams they are all world class from different countries.’

Bayern won the opening game of their group against Red Star Belgrade while Spurs drew 2-2 in Olympiacos. 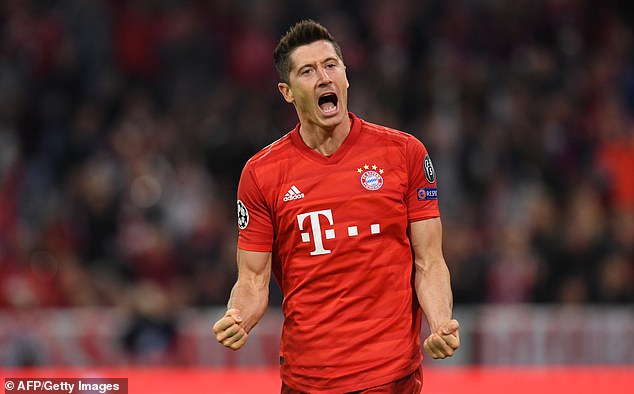 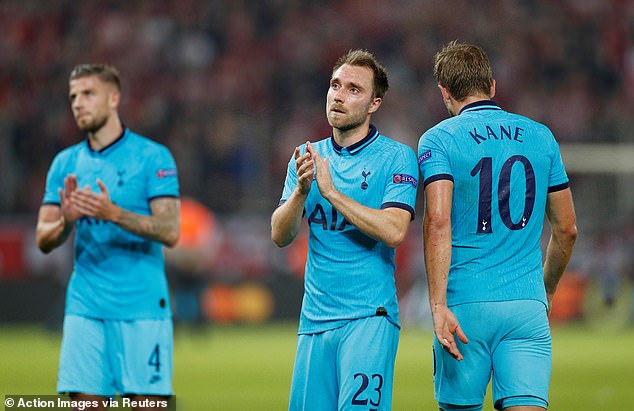 And Kovac reckons that puts the pressure on the home side on Tuesday.

‘This is what every manager wants to do be successful in the Champions League,’ he added. ‘Tomorrow is going to be a top game, two top teams are meeting in a great stadium.

‘We want to make sure we collect three points. We know the pressure is on Tottenham, and we want to enjoy it, when we enjoy it usually everything runs smoothly. 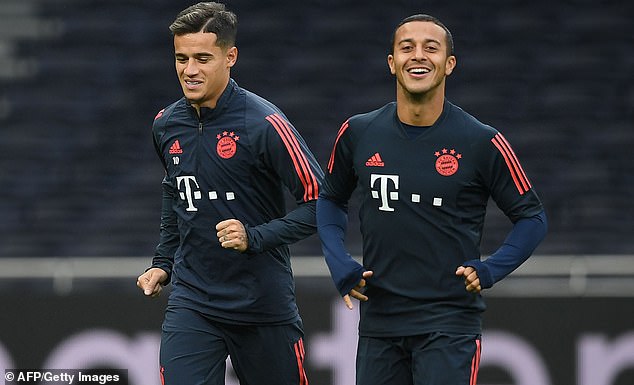 ‘They will definitely give it their all from the first minute, they will try and put us under pressure.

‘This is what British teams do when they play at home. The football that Tottenham play is very good to watch, it is creative and innovative and it is something we have to handle tomorrow.

‘We need the mental and physical resilience and make sure we respond to challenge.’

Bayern winger Serge Gnabry is no stranger to north London having played for Arsenal between 2012 and 2016.

That might not lend itself to the greatest reception from home fans, but Gnabry is not concerned what might be coming his way. 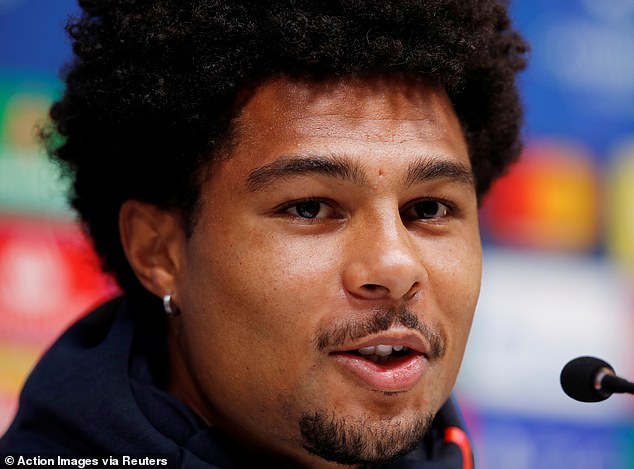 ‘I am motivated in any game that I play in, I just want to win,’ he said.

‘I know the history having played for Arsenal, its in my mind, but either way I’m giving 100 per cent and want to win.

‘I am not really bothered about it, yes I played for Arsenal but tomorrow is a new game and I am here with Bayern Munich now and I am just going to give it my best, regardless of the reaction of crowd.’