An Inspector Calls on the Lalit near Tower Bridge

An Inspector Calls: The Lalit, near Tower Bridge in London, is a former school with plenty of promise – but it needs a quick spark to bring it to life

Once in a while a new hotel comes along and you want it to succeed so badly.

Not because it’s a bargain (it isn’t), nor because everything is perfect (far from it), but because you can tell how much effort (and money) has gone into it.

The Lalit is the Lalit Suri group’s first venture outside Asia, occupying a former school near Tower Bridge, and it’s been brought back to life in spectacular fashion. 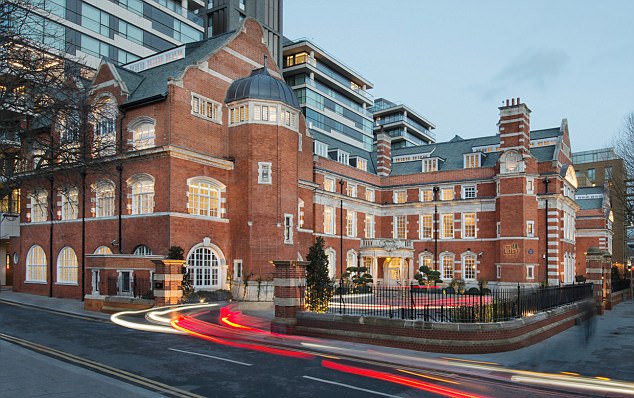 Makeover: The Lalit is the Lalit Suri group’s first venture outside Asia, occupying a former school near Tower Bridge – which has been brought back to life in spectacular fashion

It was the dream of the founder, Lalit Suri, to open a hotel in London, but he did not live to see it fulfilled. A candle is lit every day beneath his portrait near reception.

There are 70 ‘classrooms’ — Cosy, Junior and Senior. Ours is a Junior (we’re upgraded without having to ask) and it’s, well, top of the class, with a wood floor, embroidered bedhead, furniture and mirrors from India, marble shower room, and loo that squirts water in all the right places if you so wish.

The school theme continues downstairs — the bar is The Headmaster’s Room; Teacher’s Room is a small den; and then there’s the Great Hall, which houses Baluchi restaurant.

Problem is that creating a jolly atmosphere in a huge, vaulted assembly hall is tricky. The blue ceiling, dark wood and garish blue chandeliers try their hardest, but you never get away from a sense of being institutionalised. 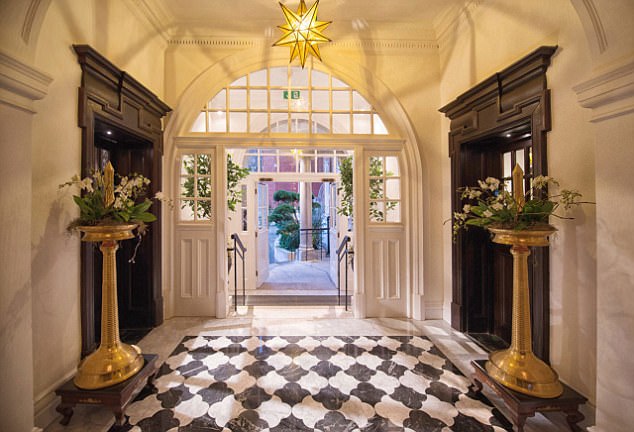 Inventive and intriguing: The building alone puts to shame some of the dreary new-builds along the riverbank, the Inspector notes. All it needs is a spark to bring the place alive

The food is posh Indian, which means expensive. Our restaurant bill with just one glass of wine and no desserts comes to £120. Only two other tables are occupied. It’s all spookily quiet.

But everyone is trying hard. The doorman in full Indian tunic longs to welcome the throng; the waitresses want you to savour every morsel of the chef’s Kashmiri rogan josh.

The Mayor of London’s office is a hop and a skip away — and he should encourage his staff to look in for a drink if nothing else.

The building alone puts to shame some of the dreary new-builds along the riverbank. All it needs is a spark to bring the place alive.

‘We haven’t done a lot of marketing yet,’ says a member of staff. No, but someone needs to get on the case pronto.