Conventional wisdom — and most people’s taste buds — wouldn’t match up sweet ‘doughnuts’ and ‘beef’ as a likely food pairing.

With restaurants getting more and more experimental with mixing flavors, though, it shouldn’t come as a major surprise that, eventually, one boundary-pushing chef would mix the two.

This month, White Gold Butchers in New York City added doughnuts to its menu — and, being a butcher shop, they decided to fry them in beef fat. 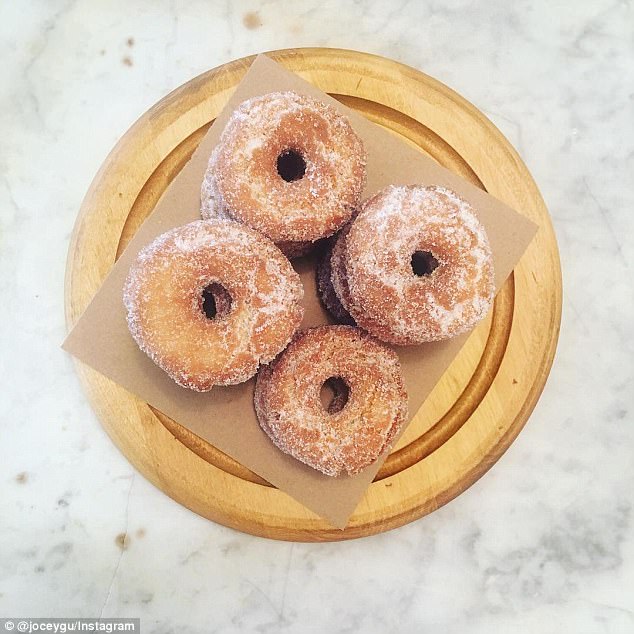 Novel idea: They were added to the menu a week ago and sell for $2 each 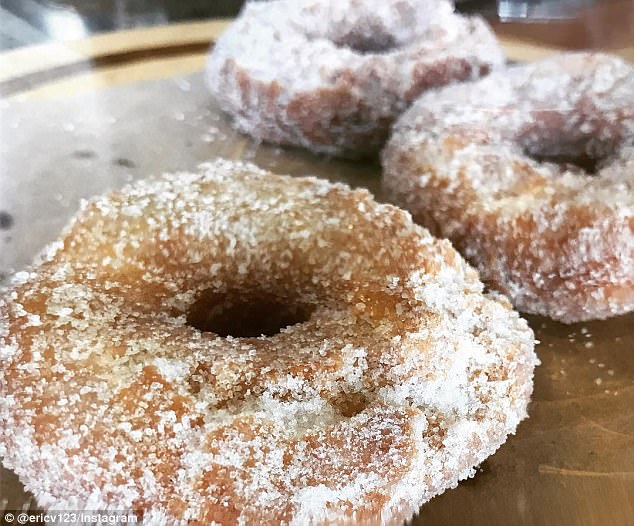 Beefing up their menu: Diners have been posting images of the sugary treats online 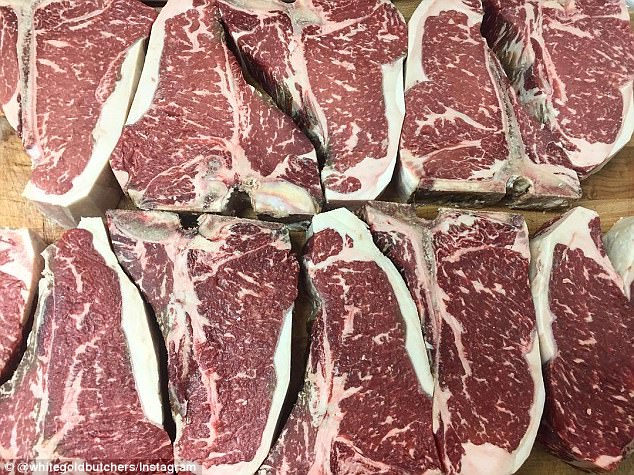 Not busting chops: The shop, which also has a restaurant, is known for its meat dishes

Ken Friedman and April Bloomfield own White Gold Butchers, which is both a butcher shop and a restaurant.

The eatery, which opened last October, is known for dishes made with chicken, lamb, pork, and beef, and sides like broccoli, squash, and potatoes fried in beef fat.

But the potatoes aren’t the only things fried in beef fat. A week ago, the shop debuted a new doughnut prepared that way, selling them for $2 each.

Naturally, they’ve quickly caught the attention of a few curious eaters, who’ve posted pictures of the sugar-dusted treats on Instagram.

‘They’re light and cake-y. A nice little crumble to them,’ wrote one. 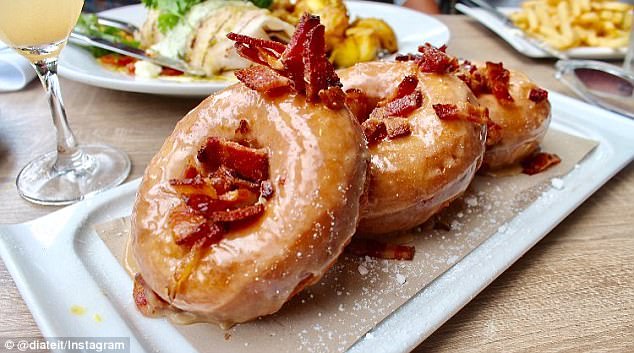 The bacon beckons: Other eateries use bacon in their desserts (pictured: Great Maple in Torrance, California) 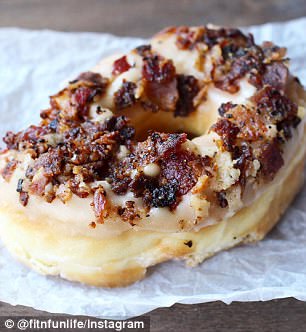 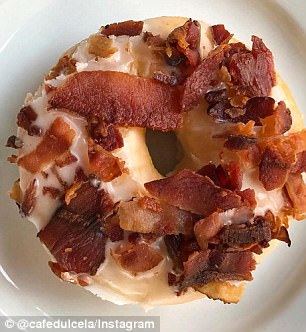 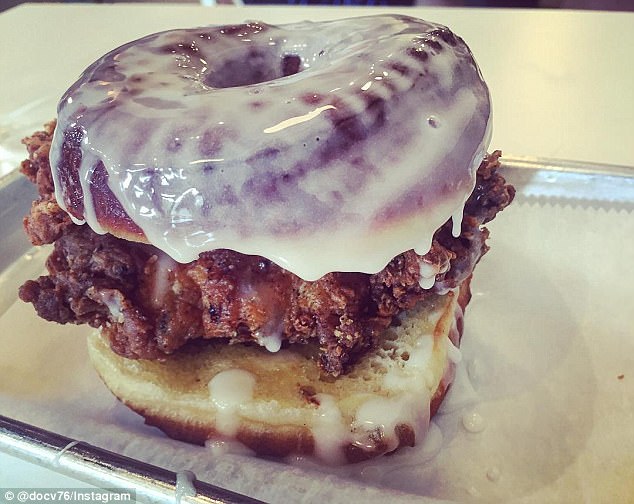 Sammy: Some spots, like Good Dough in South Jacksonville, Florida, use doughnuts for fried chicken sandwiches 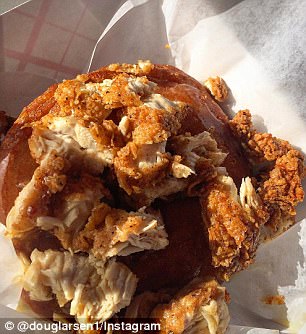 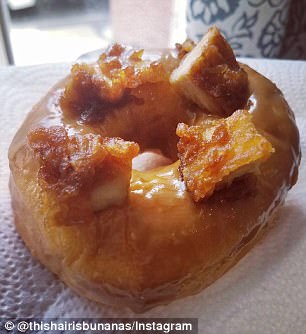 Cluck: Then there are spots that simply sprinkle fried chicken on top (left: Gourdough’s in Austin, right: Sugar Shack Donuts in Arlington, Virginia) 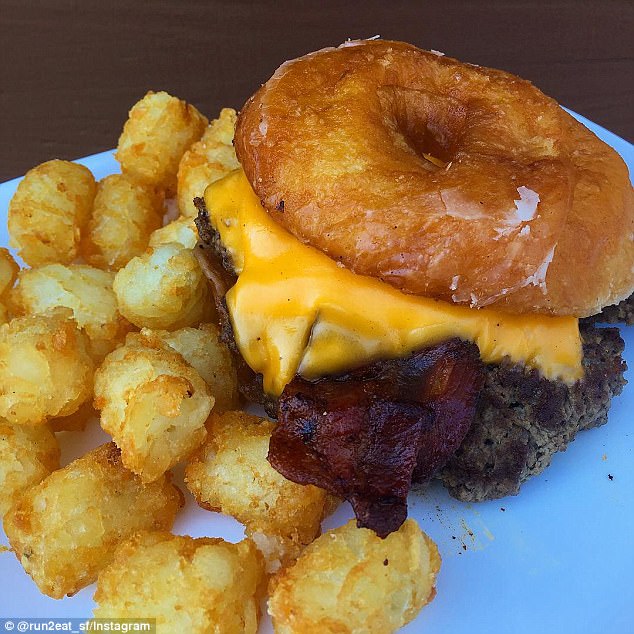 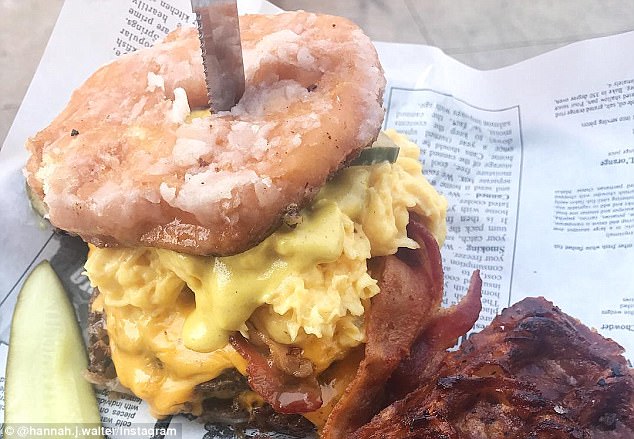 Eat up: Hadleys Bar and Kitchen in Columbus, Ohio recently offered this bacon, egg, and cheese on doughnuts

While the item is a bit of an eyebrow-raiser, it’s not unheard of to fry desserts in animal fats. In the past decade, bacon fat (and bacon as a topping) has become quite popular in cookies and cupcakes.

In fact, meats of all varieties have become a go-to for bakeries looking to put out a novelty treat.

Many doughnut shops sell doughnuts topped with bacon, which are most often served with a maple glaze.

A few shops, like Sugar Shack Donuts in Arlington, Virginia and Gourdough’s in Austin, Texas, offer doughnuts topped with chunks of fried chicken.

And then there are the restaurants that used two doughnuts as a bun for sandwiches, from cheeseburgers to bacon, egg, and cheeses.