Ana de Armas gave fans a behind-the-scenes look into her new movie, Blonde, which dropped on Netflix on Wednesday.

The 34-year-old Spanish actress posted the photos on her Instagram, showing her sculpted body in a retro bikini as she re-created a famous Marilyn Monroe shoot.

‘Some of my favorite bts moments during the making of BLONDE. ♥️ Now on @netflix,’ wrote the star in her caption.

Blonde bombshell: Ana de Armas gave fans a behind-the-scenes look into her new movie, Blonde, which dropped on Netflix on Wednesday; here she is seen with strawberry blonde hair before going platinum blonde 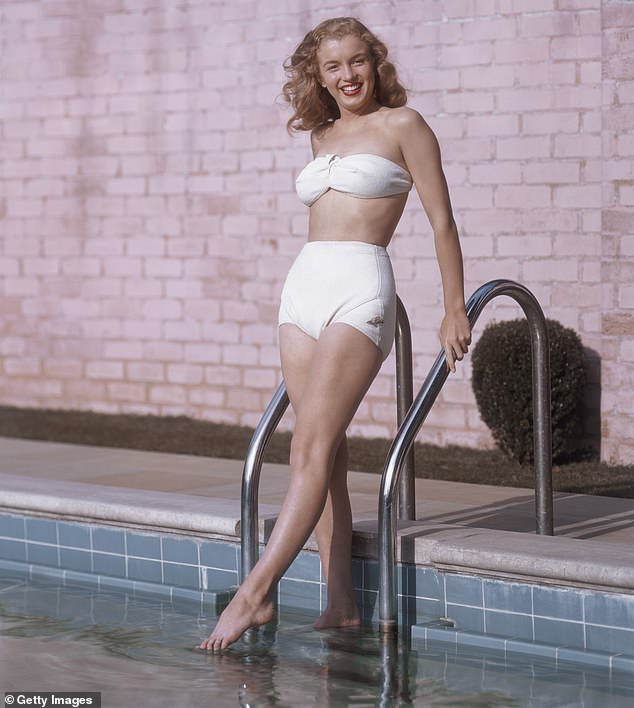 The real deal: Monroe with her strawberry blonde hair in 1946; she often posed for pinup photos for the press

In the series of photos the star captured the portrayal of Marilyn.

In one image she was seen in an orange bikini top and matching laced skirt, as she posed in front of a green screen.

The actress completed her look with natural toned make-up, and red lipstick. She curled her hair like the famous blonde bombshell.

Throughout the slideshow of photos, fans also got a glimpse of the cast, film crew and make-up team, during the production of the film. 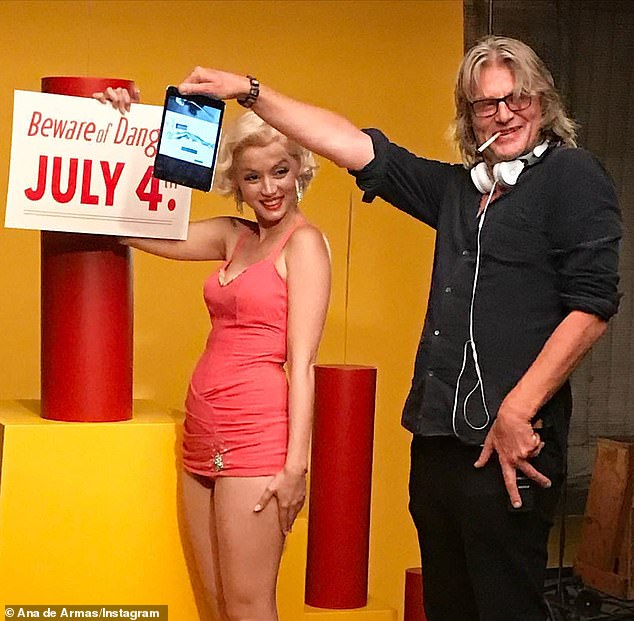 Blondes do have more fun: ‘Some of my favorite bts moments during the making of BLONDE. ♥️ Now on @netflix,’ Ana captioned the post 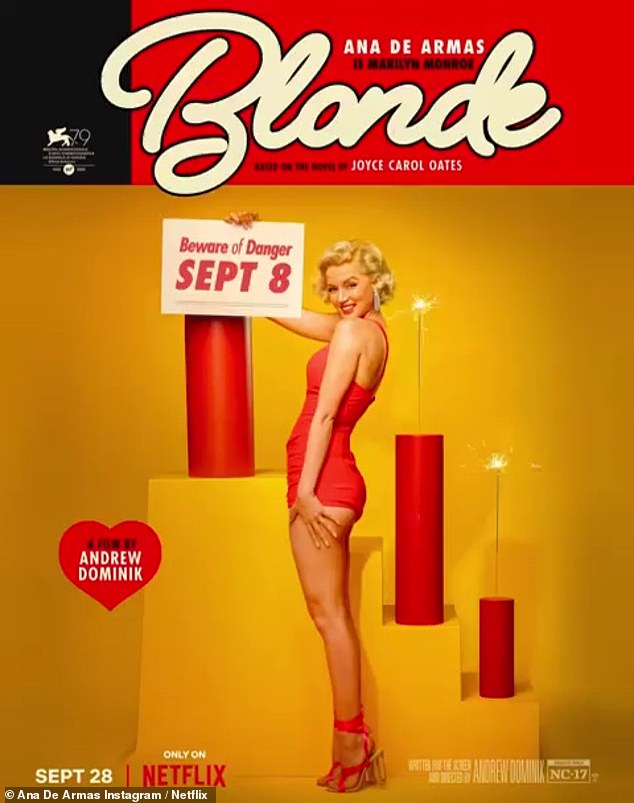 The poster: Here Ana is seen in the same costume in a poster for Blonde

Ana’s fans were ready to cheer her on in the comments. ‘Beautiful work. love you❤️,’ one wrote.

Meanwhile earlier this week, Andrew Dominik revealed that he waited 12 years to bring Blonde to the big screen.

The 54-year-old filmmaker has written and directed the adaptation of Joyce Carol Oates’ novel and began development on the flick more than a decade ago before swearing off the film several times. 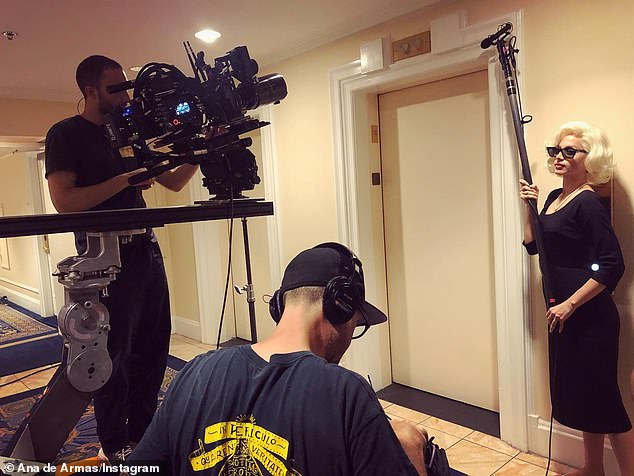 A long time coming: Director Andrew Dominik revealed that he waited 12 years to bring Blonde to the big screen 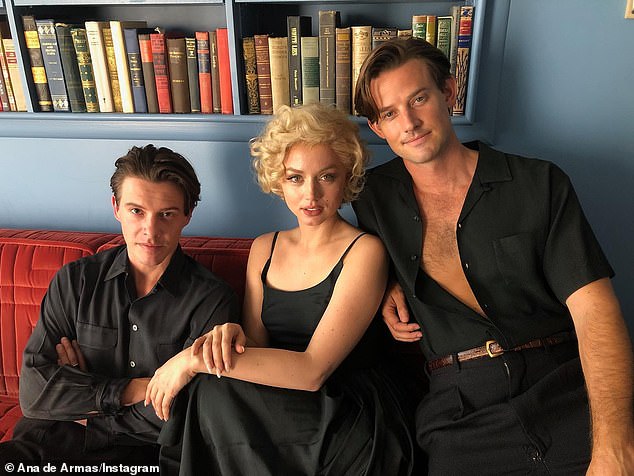 With a few friends: She also was in a black dress as she posed with some of the Blonde staff 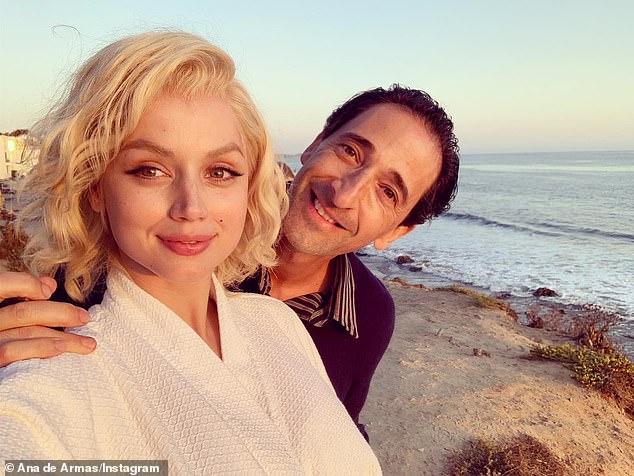 Pals: Here she is seen in a white robe on a beach with Adrien Brody who plays Arthur Miller

Speaking to IndieWire, Andrew said: ‘There were many times I swore off Blonde’.

‘When it breaks your heart, you want to let go of the damn thing, but it just wouldn’t leave me alone,’ he added.

De Armas plays Marilyn in the movie and Andrew revealed that the actress surpassed his own expectations with her portrayal of the tragic Hollywood legend.

The Killing Them Softly director said: ‘She was always better than I thought she was going to be.

‘I mean, I couldn’t have shot that movie in 45 days without her because she was the rock around which the whole thing had to function.’

Dominik explained that he relished the tight production schedule as it prevented boredom and allow the crew to work instinctively. 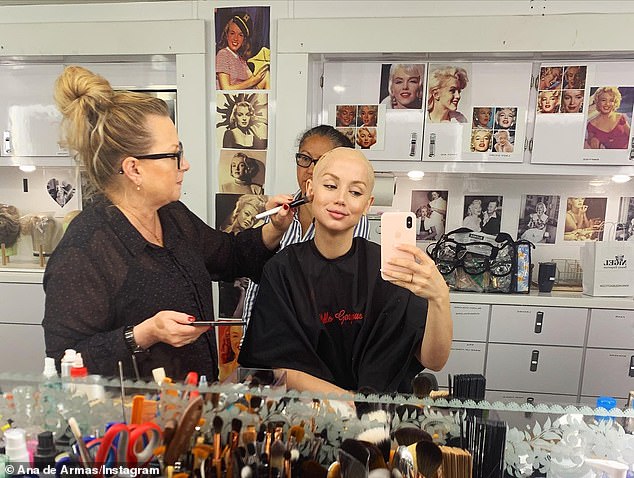 BTS: Throughout the slideshow of photos, fans also got a glimpse of the cast, film crew and make-up team, during the production of the film. Here she is seen in a before shot 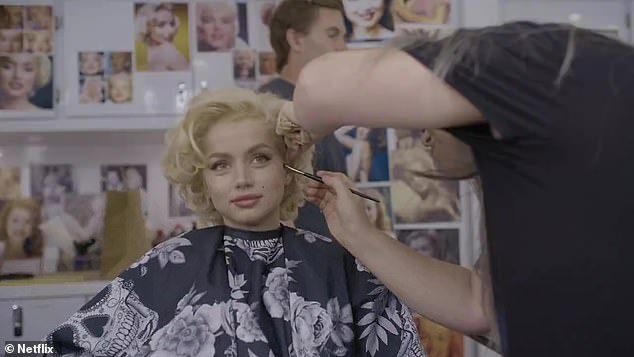 The process: Here she is seen getting her makeup applied while in the glam room 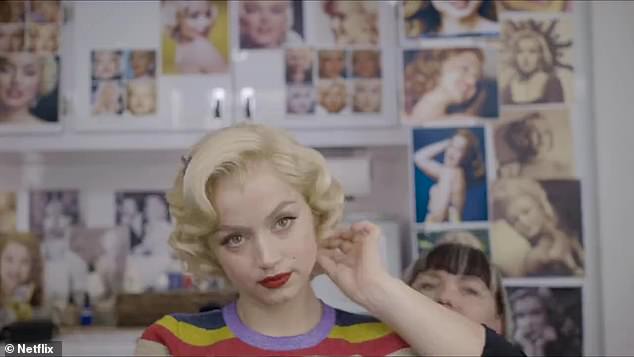 All done! Ana brought Monroe to life after her hair and makeup was done 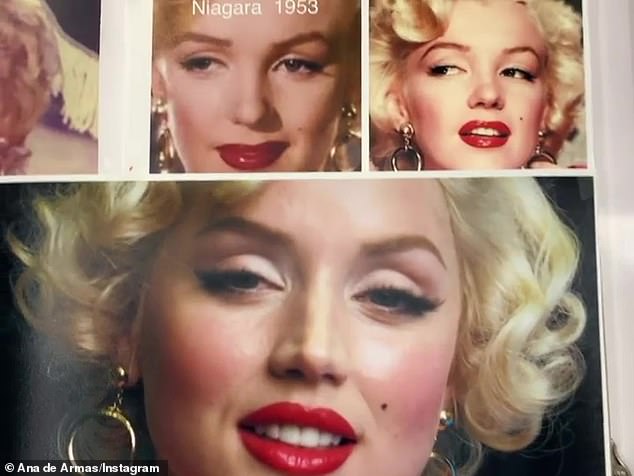 The reel and real: Marilyn was seen on the wall above a photo of Ana as Monroe 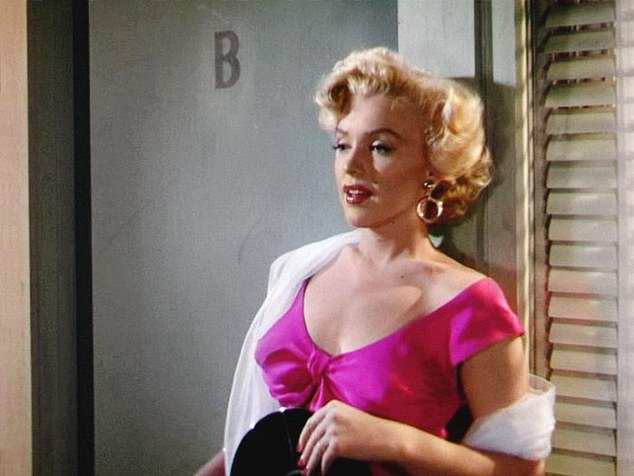 The real deal: Monroe is seen here in the movie Niagara from 1953

He said: ‘It’s less boring. I have done stuff where you shoot take after take of a 15-minute dialogue scene and you start to bore yourself.’

Adding, ‘There’s something about having to operate from instinct, particularly for the crew. There’s a lot of camera protocol that I try to dispense with and just throw them in before they’re ready, and it’s amazing how good they are on instinct.’

Andrew continued: ‘You’ll see a focus puller who doesn’t know what the actor’s going to do, and they pull focus really well when they don’t know what’s coming.

‘Then on the next take, when they do know what’s coming, they’re not as good.’