The twin sisters who will never see their mum again: Baby girls miraculously found unharmed in the back seat of a car after surviving horror Outback crash that killed their young mother instantly

A young mother who died in a horror single vehicle crash while driving with her twin daughters along a remote stretch of road has been praised for saving their lives.

Cody Marie Mitchell was killed when her car veered off the road and rolled along the Silver City Highway near Anabranch, in western NSW, about 1.30pm on Saturday.

Ms Mitchell, 29, was thrown from the car and died instantly while her 12-month-old daughters were unharmed in the back seat of the car.

NSW Police set up a crime scene and are now investigating the crash.

Ms Mitchell’s cousin Karleasha said the mother-of-two was driving home across the Victoria and New South Wales border from Mildura to Menindee when the tragedy occurred. 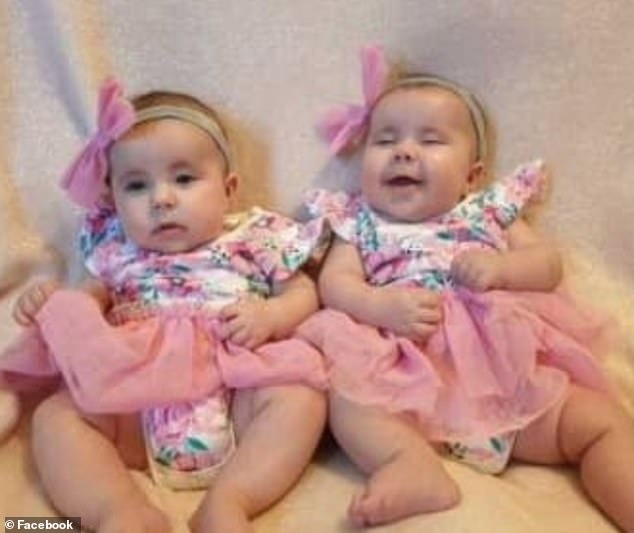 Ms Mitchell, 29, died instantly while her 12-month-old twin daughters (pictured) escaped the crash unharmed and were found sitting in their safety seats in the back seat of the vehicle

‘It’s a tragedy, it’s shaken absolutely everyone. I just feel so sorry for those two little girls who have lost their mother,’ she told Daily Mail Australia.

‘I saw her on Friday, she dropped in to Mildura to see my brother and I.

‘She was really good, she was just herself and enjoying time with the kids. She told us she was heading home to Menindee.

‘The last thing we said to her was “travel safe”… I just can’t believe that’s the last time I will ever see her.’

It is understood the twin girls are currently being cared for by Ms Mitchell’s mother.

Shattered friends and family paid tribute to Ms Mitchell on Facebook, many praising her for strapping her daughters in safely – ultimately saving their lives.

‘So heartbroken. I can’t even come to understand it all… (it) just doesn’t make sense. Angels were watching over the girls that is for sure, thank God they are OK,’ Amanda Stone wrote.

‘Such a shocking and heartbreaking call to receive tonight. Love to all the family back home. Fly high in the dreamtime,’ Ms Mitchell’s relative Corey Payne said.

Officers investigating her death will now prepare a brief for the coroner. 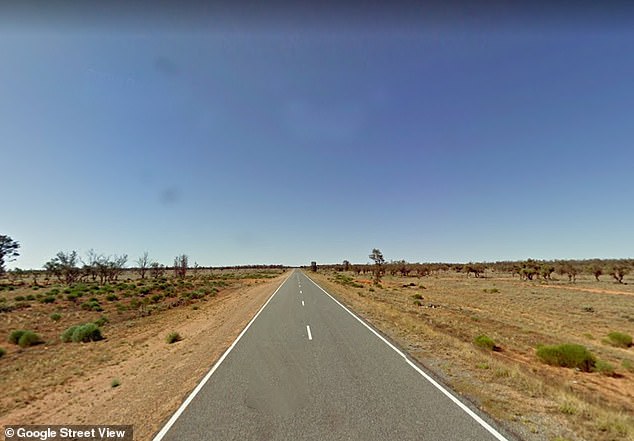 Two passersby discovered the toddlers on Saturday afternoon when they happened upon the crash on the Silver City Highway (pictured) near Anabranch, in western New South Wales 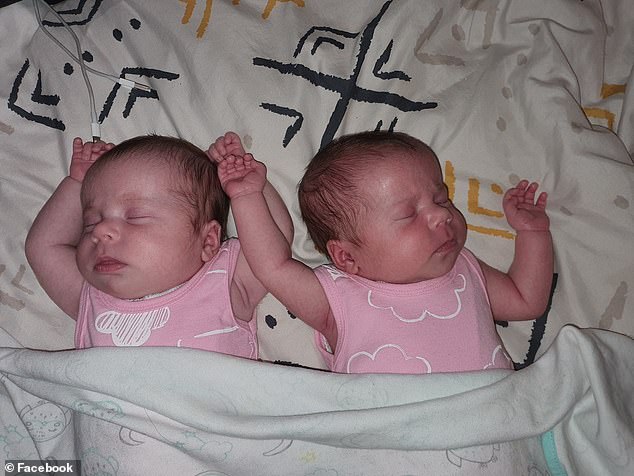 Shattered friends and family paid tribute to Ms Mitchell on Facebook, some praising her for strapping her daughters in safely – ultimately saving their lives

Ms Mitchell’s death was one of three fatal incidents across NSW over the weekend.

A 45-year-old man died in a single vehicle crash at Port Macquarie on Saturday, while a 25-year-old man was killed instantly when his Ford Falcon collided with a 4WD at Campbelltown.

His passenger, 26, was taken to hospital in a stable condition while the driver of the 4WD, a 27-year-old woman, was also taken to Liverpool Hospital with a broken arm.