Carlo Ancelotti insists a fighting spirit is in Everton’s DNA and he expects to see an improvement in their attitude before the end of the season.

Criticism has rained down on the players after Sunday’s 3-0 defeat at Wolves – which the Toffees manager labelled ‘unacceptable’ – ended their distant hopes of European qualification.

Ancelotti, a serial winner with three Champions League titles to his name, wants to see a dramatic improvement in their final three matches, starting at home to relegation-threatened Aston Villa on Thursday. 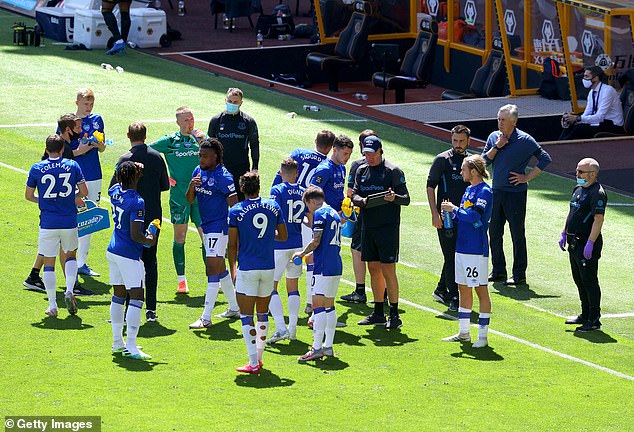 ‘We want to expect a reaction from the bad game we had at Wolves: a different attitude, different mentality, different character,’ he said.

‘I understand during my time at Everton that a big part of this club is that everyone wants to see players fighting – this is the most important part.

‘They have to fight and then try to play well, try to win games. When there is no fight I think this is not the DNA of this club.

‘When the players go on the pitch they have to be comfortable, they have to know what to do, and after that the spirit is really important.

‘So we have to keep the fighting spirit to ensure players have more personality and character on the pitch, are not afraid, are not worried on the pitch, and that can be the key to be competitive. 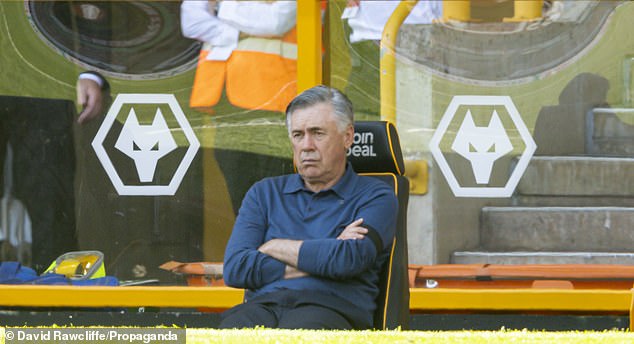 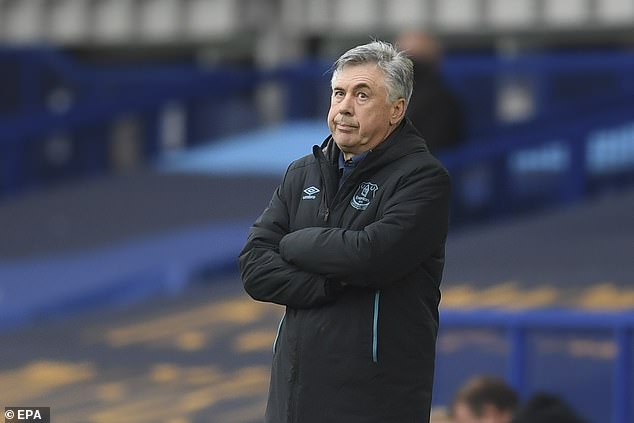 Everton are unbeaten at home since the Italian arrived in December, a total of 10 league matches, but have won just twice and taken only nine points from their last nine matches, compared to 17 points from Ancelotti’s first nine games in charge.

The Italian knows there are improvements to be made in all areas, especially midfield, if they are to challenge for Europe next season.

‘We have to improve everywhere: in the final third, in midfield and also in defence,’ he added.

‘We have players with quality and power and ability but we were not always able to show this quality.

‘I think it is not a disappointment not to reach Europe because the priority when I arrived was different, to be safe as soon as possible, as the season didn’t start well and we were down the bottom of the table in December.’