Rusty anchor from ship dubbed ‘the El Dorado of the seas’ that sank in 1641 carrying ‘£1 BILLION in gold and silver’ is found off the Cornish coast (So where IS the treasure?)

An anchor thought to be from the ‘most valuable shipwreck ever’ has been found off the coast of the UK.

The Merchant Royal, a vessel lost at sea during rough winds off Land’s End in Cornwall, had been carrying over £1.1 billion ($1.5 bn) in treasure in today’s money.

An anchor from a shipwreck which was carrying over £1.1 billion ($1.5 bn) has been found off the coast of the UK. The anchor is believed to be from the Merchant Royal, a vessel which was lost at sea in 1641 because of rough weather off Land’s End in Cornwall

Experts say the anchor, which was brought up in a fishing vessel’s net 20 miles (32km) off the coast, matches the one used on the Merchant Royal.

Dubbed ‘the El Dorado of the seas,’ the Merchant Royal was carrying and other coins when she sank.

The loss of the treasure made headlines at the time, with its value back estimated to be equivalent to one-third of the government’s revenue from taxes in 1641.

Several salvage teams have sought to recover the wreck over the years but have so far been unsuccessful.

The anchor was found by a crew aboard a fishing vessel called the Spirited Lady.

Mark Milburn, co-founder of Cornwall Maritime Archaeology, told MailOnline that he agrees the anchor’s design matches one that the Merchant Royal would have used.

‘It’s an admiralty patterned long shank anchor, the right type for the Merchant Royal.’ he said.

‘From what I see in the pictures it is the same design as ones used in the 17th century and there is no stock – a marking etched into an anchor.

‘If it did have a stock then its not the Merchant Royal because they didn’t have those until a hundred years after it sank.’

The Cornwall Maritime Archaeology team is seeking to find a place to store the anchor to protect it from damage and study it further to determine its exact age. 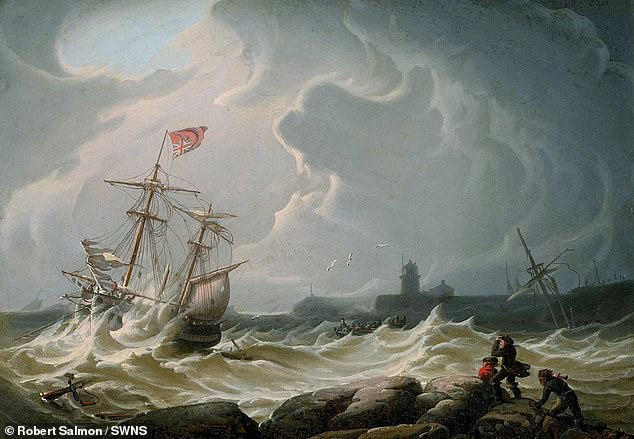 The Merchant Royal was known as ‘the El Dorado of the seas’, and traded with Spanish colonies between 1637 to 1640. As well as its golden and silver, the vessel sank while carrying nearly 500,000 pieces of eight and other coins – making it one of the most valuable wrecks of all time 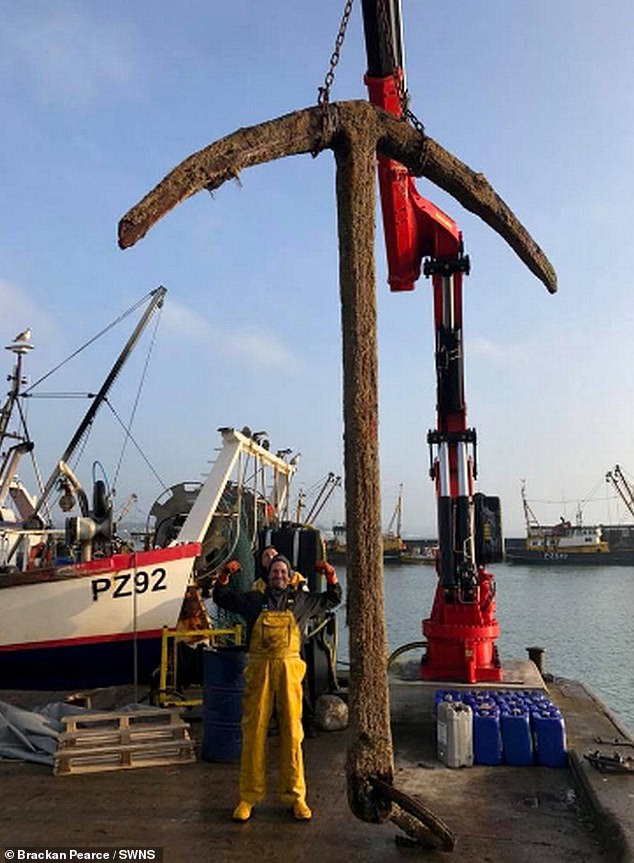 Here, the fishing crew who netted the anchor. On board at the time of the Merchant Royal’s sinking was a trove of treasure worth over a billion pounds in today’s money, making it the most valuable shipwreck of all time

The discovery is expected to launch a bid for divers to find the ship’s riches that may lurk on the sea bed.

Mr Milburn says that he will dive down to take a ‘close look’ but he warned that the location where the ship sank is notoriously treacherous.

‘The spot where it was found is about 300ft (91mt) deep – there are very few people that are qualified to dive that deep.

As an experienced and qualified diver, Mr Milburn said specialist equipment is needed to dive down that deep onto the sea bed.

‘It’s a serious dive. It takes a lot of the right equipment and most divers know that,’ he said.

‘You need to be an experienced diver and there isn’t even one per cent of divers who could undertake it.’

The anchor is currently on the quayside but he wants to move it to a freshwater quarry to stop it from decaying further.

If treasure is found, the person who discovers it will need to notify their local coroner within 14 days, under the Treasure Act 1996. 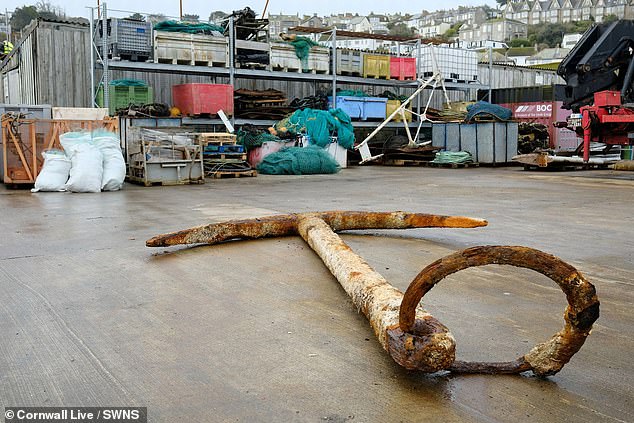 Experts say the anchor, which was brought up in a fishing vessel’s net 20 miles (32km) off the coast, matches the one used on the Merchant Royal. The discovery is expected to launch a bid for divers to find the ship’s riches that may lurk on the sea bed

WHAT IS THE MERCHANT ROYAL AND HOW DID SHE SINK?

She was owned by English merchants when she set sail from the Spanish colonies of San Domingo, in the West Indies.

In January 1637, she arrived successfully in Cadiz, southern Spain, where she rested until 1640.

But during that time the vessel began to leak and had to undergo extensive repairs.

In 1641, the ship began to leak and rescuers were unable reach her in time.

Eighteen men drowned and 40 crew had to be rescued by the Dover Merchant.

The loss of the treasure made headlines. Back in 1641, the ship´s hold was equivalent to one-third of the national exchequer.

Several salvage teams have sought to recover the wreck and its treasure for years.