Scientists have found the remnant of a strange, dismembered globular cluster at the edge of our Milky Way galaxy, in the Phoenix constellation.

Globular clusters are dense balls of about one million ancient stars, all bound by gravity, at the outermost edge of our galaxy, the Milky Way.

Using the Anglo-Australian Telescope in the outback of New South Wales, researchers measured the speeds of a stream of stars in the Phoenix constellation, which they believe are the remains of a cluster.

The ancient collection of stars was torn apart by the gravity of the Milky Way more than two billion years ago, when Earth’s most-complex lifeforms were single-celled organisms.

The globular cluster is thought to be ‘the last of its kind’, and ‘shouldn’t have existed’ due to the lack of heavy elements in its original structure.

In this study, the researchers from the University of Sydney focused on a stream of stars in the Phoenix constellation, a minor constellation in the southern sky.

In a few billion years, Phoenix will be completely destroyed and absorbed into our own galaxy.

The researchers claim the cluster was steadily depleted by the gravitational forces of the Milky Way, which tore it to pieces, absorbing its stars into the main body of the galactic system.

This means that the stream is a relatively temporary phenomenon, which will also dissipate in time.

‘We found the remains of this cluster before it faded forever into the Galaxy’s halo,’ said lead author Zhen Wan at the University of Sydney.

‘Even though the cluster was destroyed billions of years ago, we can still tell it formed in the early universe from the composition of its stars.’ 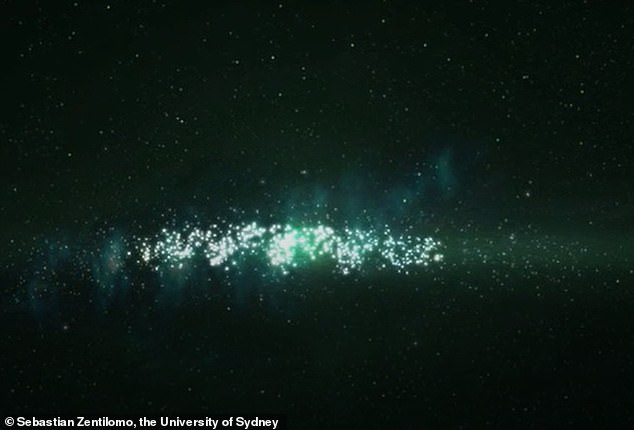 Using the Anglo-Australian Telescope, researchers measured the speeds of a stream of stars in the Phoenix constellation (pictured here in an artist’s impression)

The Milky Way galaxy is home to about 150 globular clusters, each a ball of a million or so stars that orbit in the Galaxy’s tenuous stellar halo.

These globular clusters have witnessed the growth of the Milky Way over billions of years.

After the Big Bang more than 13 billion years ago, only hydrogen and helium existed in any substantial amount in the universe, and formed the first generation of stars.

It is within these and later stellar generations that heavier elements were formed, such as calcium, oxygen and phosphorous.

Observations of other globular clusters have found that their stars are enriched with heavier elements.

To understand globular clusters, astronomers measure the chemical elements they contain that are heavier than hydrogen and helium – what astronomers call a star’s metallicity.

‘Once we knew which stars belonged to the stream, we measured their abundance of elements heavier than hydrogen and helium,’ said Wan.

‘We were really surprised to find that the Phoenix stream has a very low metallicity, making it distinctly different to all of the other globular clusters in the Galaxy.’ 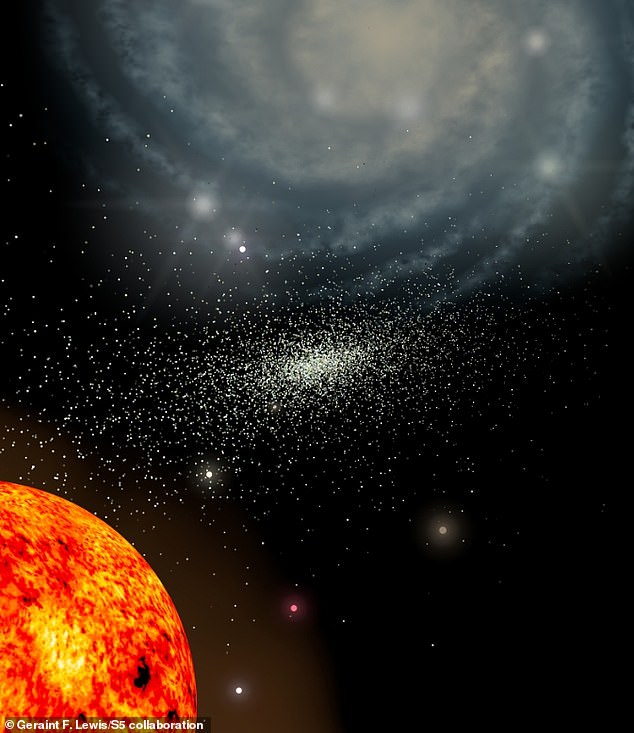 Another artist’s representation of the Phoenix Stellar Stream. Originally a ball of stars, known as a globular cluster, Phoenix has been stretched into a stream of stars by the gravitational pull of the Milky Way. In a few billion years, Phoenix will be completely destroyed and absorbed into our galaxy

There is also a minimum metallicity ‘floor’, below which no cluster can form – however, the metallicity of the Phoenix stream sits well below this minimum.

‘This stream comes from a cluster that, by our understanding, shouldn’t have existed,’ said co-author Associate Professor Daniel Zucker from Macquarie University in Sydney.

One possible explanation is that the Phoenix stream represents the ‘last of its kind’ and the remnant of a population of globular clusters that was born in ‘radically different environments’ to those we see today.

‘The globular cluster remnants that make up the Phoenix Stream were disrupted many billion years ago,’ said co-author Ting Li at Carnegie Observatories in the US.

‘But luckily [they] retain the memory of its formation in the very early universe, which we can read from the chemical composition of its stars.’

However, there is no clear explanation for the origins of the globular cluster remnants where it sits in the evolution of galaxies.

‘There is plenty of theoretical work left to do,’ said Welsh astrophysicist and co-author Professor Geraint Lewis, also at the University of Sydney.

‘There are now many new questions for us to explore about how galaxies and globular clusters form, which is incredibly exciting.’

Researchers will consider whether there are more ‘leftovers of a population that no longer exists’ out there in the galaxy.

More streams will provide a new view of what was going on in the early universe.

The study has been published in Nature.

GLOBULAR CLUSTERS ‘A GOOD PLACE TO LOOK’ FOR ALIEN LIFE’ 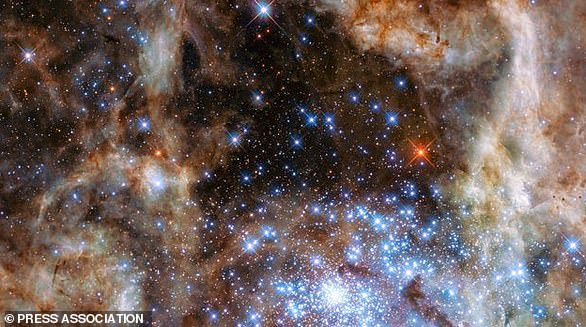 Globular clusters may be the best place to look for alien life, experts believe, due to their age and the relative proximity of the stars within

Globular clusters – dense balls of ancient stars at the outermost edge of the galaxy – may be the best places to look for alien civilisations, one expert believes.

For many reasons, the distant regions might be favourable locations for intelligent life, astrophysicist Dr Rosanne Di Stefano at Harvard has said.

Globular clusters, situated in the ‘halo’ that extends beyond the Catherine wheel arms of Milky Way, contain stars estimated to be at least 10 billion years old – ample time for life to evolve to an advanced level.

Their stars are also so close together and it takes just a month or so for light waves to travel between neighbouring stars in one of the clusters.

In comparison, the nearest star to the Earth is 4.2 light years away.

‘It would also be easier for a civilisation to explore and even set up outposts on other worlds,” according to Dr Di Stefano, from the Harvard-Smithsonian Centre for Astrophysics in Cambridge, US.

The sun is only 4.6 billion years old, so if globular cluster civilisations exist they could be billions of years more advanced than us.