Ancient tools on a Danish island hints at Neanderthal presence

Ancient artefacts and tools discovered on the Danish island of Zealand hint at the fact Neanderthals lived there 120,000 years ago.

The ancient human relative is known to have lived in Eurasia at this time, but the presence on a piece of land separated from the mainland by 30 miles of sea indicates an element of seafaring prowess among our extinct cousins.

The artefacts were discovered at Ejby Klint by archaeologists from Roskilde Museum and the Danish National Museum as part of a six-week project.

Further analysis of the artefacts and the soil layers in which they were found will seek to determine their origin and if they really were made by Neanderthals.

If confirmed, it means Neanderthals populated Zealand more than 80,000 years before Homo sapiens arrived in Europe.

The Neanderthals were a cousin species of humans but not a direct ancestor – the two species split from a common ancestor – that perished around 50,000 years ago. Pictured, a model of an adult Neanderthal

Researchers found mussel shells and flint that bears possible signs of knapping – using another rock or tool to chip off pieces to hone a sharp edge.

The most important of the finds are set to go on display at at the National Museum in Copenhagen.

‘It’s absolutely wild and very unique that we’ve had the opportunity to dig here at all,’ said Lasse Sørensen, head of research at the National Museum.

‘I did not think we would find anything at all, but we have actually found some stones that have possible traces of being humanly worked, and that in itself is amazing.

‘If we find out that these stones have been worked by Neanderthals, we are writing Danish history, and it will resonate all over the world.’ 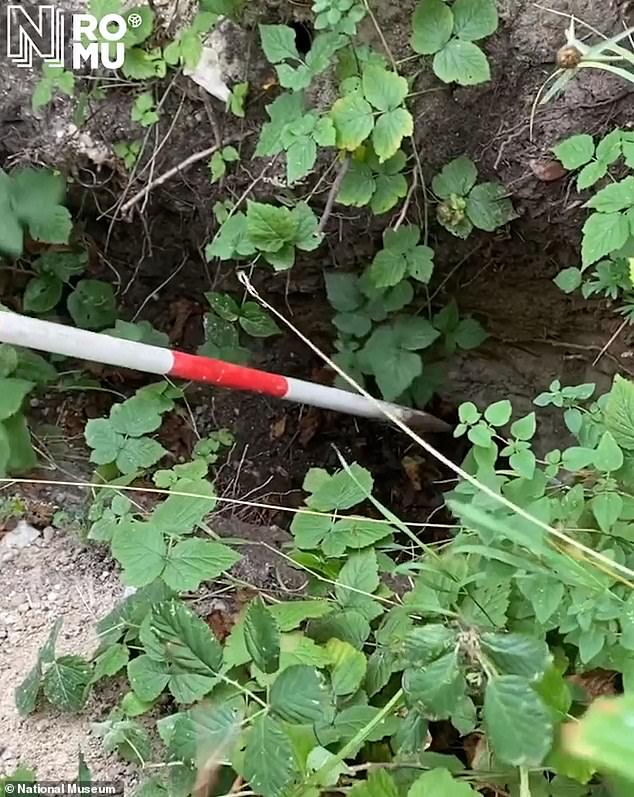 For the past six weeks, archaeologists have examined a small part of Ejby Klint and systematically dug into the slopes (pictured) in two places

The identity of the first people in Denmark is a mystery and ‘one of the greatest riddles in history’, according to the museum, which is providing video updates on its Facebook page of the project.

The history books state that the first Danes were reindeer hunters about 14,000 years ago.

But well over 100,000 years earlier, Neanderthals lived in Germany, and it is not unlikely that the Neanderthals invented the area we know today as Denmark.

For the past six weeks, archaeologists have examined a small part of Ejby Klint by Isefjord, between the city of Roskilde and the town of Holbæk and systematically dug into the slopes in two places.

Excavation leader Ole Kastholm from Roskilde Museum has never before dug such a challenging place, with steep slopes and hard-to-navigate terrain.

‘Helping to dig on a steep cliff after the oldest people in Denmark right here around Roskilde has in itself been a huge experience,’ he said.

‘Now the door may have been opened for more excavations to be made for Neanderthals in Denmark.’ 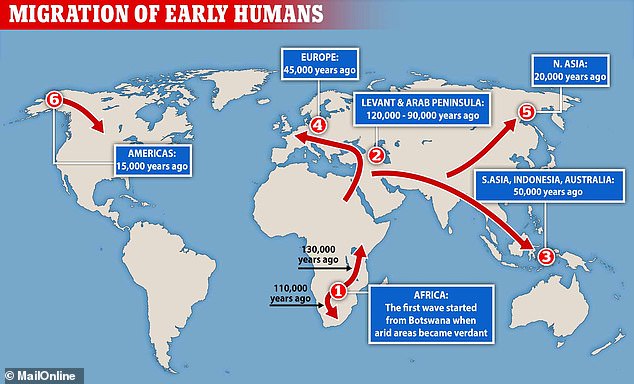 A map showing the relative dates at which humans arrived in the different Continents, including Europe 45,000 years ago.Humans and Neanderthals co-existed for about 8,000 years before Neanderthals went extinct

WHEN DID HUMAN ANCESTORS FIRST EMERGE?

A recreation of a Neanderthal man is pictured

Ejby Klint is one of the few places in Denmark where archaeologists can find layers in the Earth that originate from the last two ice ages.

Importantly, they can trace the warm period that occurred between the two ice ages – somewhere between 115,000 and 130,000 years ago, known as the Eemian interglacial period.

During this warm period, it was four degrees warmer in Denmark than it is today and the country was covered with forests of large hornbeam trees.

The Danish National Museum houses a split deer bone from this period and a cheek tooth from a forest elephant.

The hunt for the earliest people in Denmark has often been led by amateur archaeologists.

In the 1960s, amateur archaeologist Erik Madsen dug into the layers of Ejby Klint and found three stones, which he thought might have been worked by a human hand. 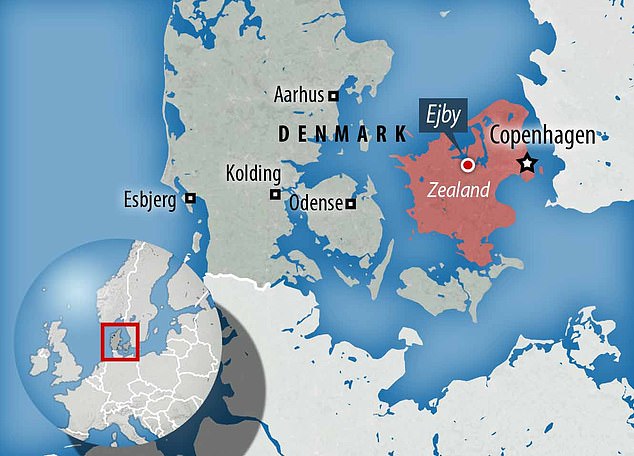 For the past six weeks, archaeologists have examined a small part of Ejby Klint by Isefjord between Roskilde and Holbæk

If Madsen was right, it must have been a Neanderthal who was behind it, but his theories were hotly debated.

Sørensen hopes that Roskilde Museum and the National Museum’s excavation can help strengthen the interest in searching for Neanderthals in Denmark.

‘Before the excavation, I had no hopes that we would ever find traces of the Neanderthals in Denmark,’ he said.

‘After the excavation, I am more optimistic, and I hope that we can participate in more excavations in the future.’ 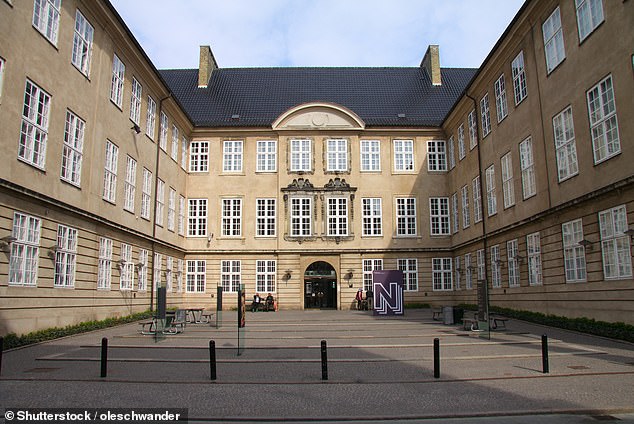 The study is not the first to find Neanderthals, traditionally seen as the lumbering, dumb and brutish cousin of Homo sapiens, was comfortable around water.

Research from earlier this year found they would dive down at least 13 feet and grab materials they needed for tools.

Scientists found 171 shells dating back 100,000 years at an Italian cave and proved almost a quarter of them were lying on the seabed when they were plucked by a diving Neanderthal.

The rest of the clamshells – three quarters of them – are thought to have washed up on the beach naturally during the Middle Palaeolithic period.

Many of these shells, together with volcanic rock from the Mediterranean sea and shore, were fashioned into tools such as scrapers, the study found.