‘Now it is more difficult for us, but we have good examples’: Ander Herrera insists Manchester United can still win Champions League tie despite first-leg defeat to Paris Saint-Germain

Ander Herrera has not given up on Champions League progress and is confident that Manchester United’s loss to Paris St Germain will not ‘hurt’ or throw Ole Gunnar Solskjaer’s side off kilter.

After winning 10 out of his first 11 matches in all competitions, the caretaker manager tasted defeat for the first time in the first leg of United’s eagerly-anticipated Champions League round of 16 tie against the French champions.

Angel Di Maria proved the scourge of his former club as he provided assists for Presnel Kimpembe and Kylian Mbappe in a 2-0 loss to PSG that could have been worse had David De Gea not been alert when his team-mates lost their discipline after going behind.

Paul Pogba’s sending off compounded a bad night for United, but midfielder Herrera was not getting too downhearted after their fine, unbeaten 11-game run came to an end.

‘I think this result is not going to hurt us because of the way we lost,’ the United midfielder said on a night that saw team-mates Jesse Lingard and Anthony Martial sustain first-half injuries.

‘If you lose being worse than the opponent, that could hurt us. But I think until the corner I couldn’t say we were better (but) the game was under control.

‘They were not creating too many problems, we neither but 0-0 could have been an OK result because everything would be open.

‘Now it is more difficult for us, but we have good examples (of getting good away wins).’ 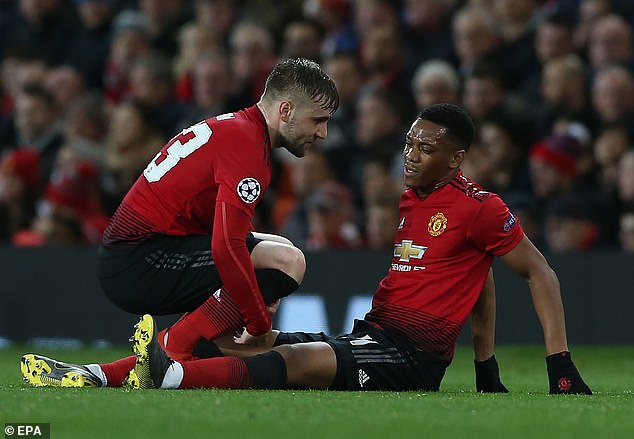 United won at Juventus in the group stage under Jose Mourinho this season, before securing impressive victories at Tottenham and Arsenal with Solskjaer.

They are the kind of results that Herrera will cling to heading to the French capital for the return leg on March 6, when the visitors must learn from their set piece sloppiness to stand any chance.

‘I think the game was tight until the first goal,’ he said as downcast team-mates trudged through the interview area.

‘We couldn’t say we were the better team, but they were not better than us either.

‘So, it’s difficult because against these kind of teams, such good teams, you don’t want to concede goals from corners.

‘They didn’t create in the first 60-65 minutes. I couldn’t say any chance from open play. The two chances they had were offside, so we couldn’t say they created any chance. 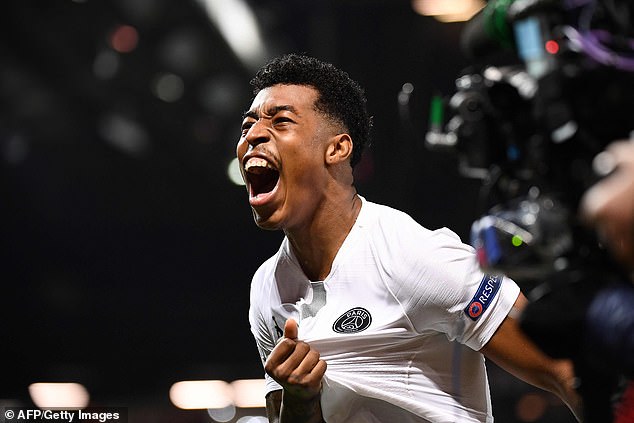 ‘But this is football. Something to learn (from). We can’t concede goals from set pieces against these kind of teams because everything turns much, much (more) difficult, much harder.

‘So now we have good examples. We won away against Tottenham, we won against Arsenal.

‘They are teams that are as good as PSG, so we will go there to try and make it difficult for them.

‘Right now, we have to think about the FA Cup against Chelsea and keep our place in the top four.’ 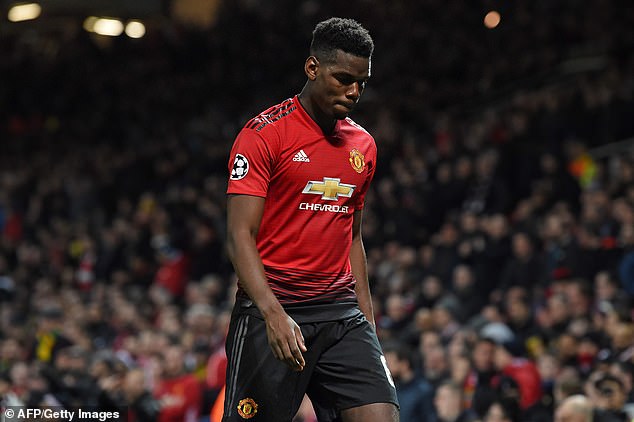 As disappointing as Tuesday’s loss might be, there are still positives for United. Sat in the top four for the first time since the opening weekend of the season, Solskjaer’s side now focus on the FA Cup and travel to Chelsea on Monday for an interestingly-poised fifth-round clash.

‘I think we are not going to lose time thinking about what happened tonight,’ Herrera told MUTV.

‘Chelsea is a big game for us away. FA Cup is a competition that we lost the final last year (when) deserving to win, in my opinion.

‘So, we have a good opportunity to fight for FA Cup and keep our position in the top four.’