‘The Champions League is where this club should be always’: Ander Herrera says Man United must remain positive in their pursuit of the top four

Ander Herrera says Manchester United belong in the Champions League and must remain positive in their challenging quest to qualify for the competition.

United are playing catch-up in the race for a top-four finish following four defeats in seven Premier League games.

Ole Gunnar-Solskjaer’s sixth-placed side sit three points adrift of Chelsea and one behind Arsenal with just two fixtures remaining and appear destined for the Europa League next season. 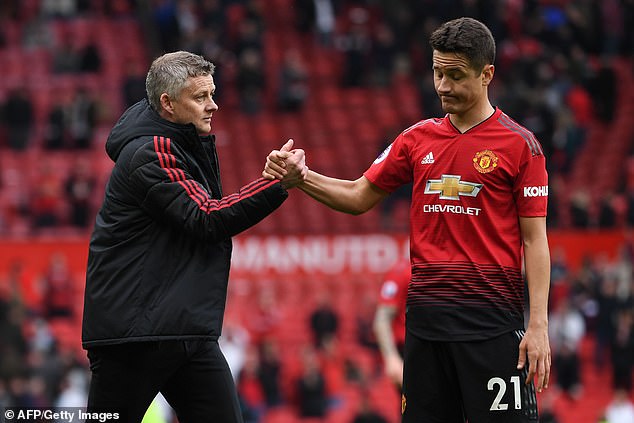 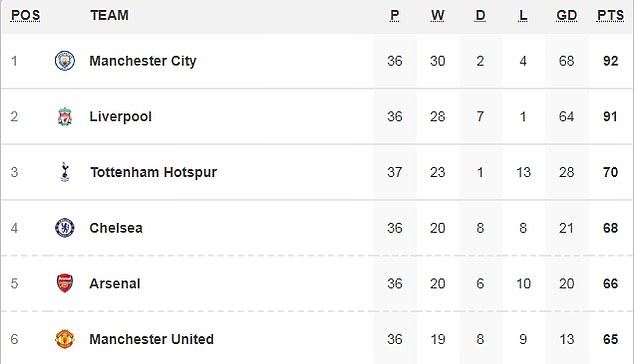 But, going into Sunday’s game at relegated Huddersfield, midfielder Herrera has not given up hope of sneaking fourth spot.

‘We are going to fight for it. Of course at the moment it’s in the hands of Chelsea but we still have six points to play (for),’ the Spaniard told United’s YouTube channel.

‘Football is sometimes like this, you have to wait for some results and the only thing we can do is to try to win both games, first of all Huddersfield away.

‘We didn’t win (there) last year so it’s a good challenge for us. Don’t go crazy about the game of Chelsea (at home to Watford), just think about ourselves.’ 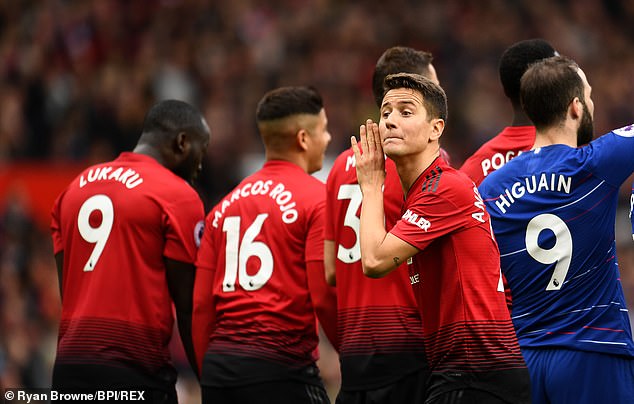 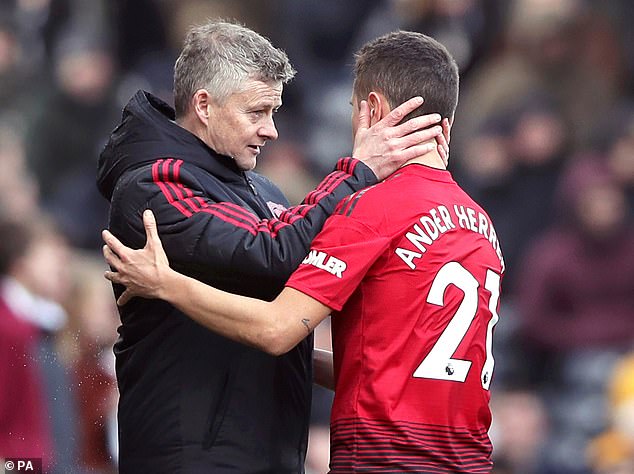 However, the Norwegian manager has endured a rocky couple of months which have included FA Cup and Champions League exits, as well as a slump in their league form.

The 20-time champions squandered an excellent opportunity to overhaul their top-four rivals when they surrendered a lead to draw 1-1 with Chelsea last weekend.

Juan Mata, who put United ahead in that game against his former club, echoed the comments of his compatriot Herrera.

‘We can still qualify so I think we have to believe until the end and first we should focus on our job, which is not thinking about others but trying to get six points and then wait. It’s the only thing we can do,’ said Mata.

‘It’s not impossible yet. We have done a very difficult job coming from where we were to be where we are in the table and we want to try until the end second of the Premier League to try to get into the top four.’ 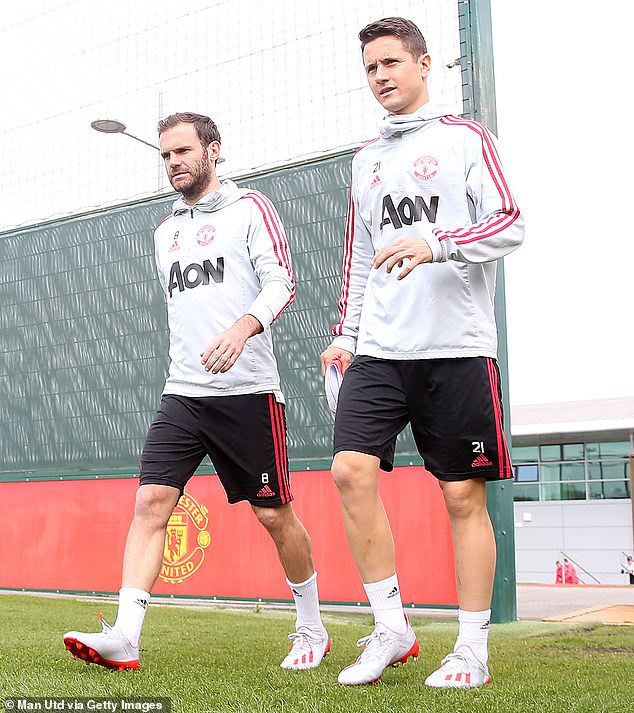 Opponents Huddersfield, who beat United 2-1 at the John Smith’s Stadium last term, have picked up just three wins and 14 points during a torrid second season in the Premier League.

Despite the Terriers’ struggles, Mata insists they cannot be underestimated.

‘Huddersfield, they are relegated, they didn’t have a great season but last season they did brilliantly, it was a very difficult place to go, I can tell you that,’ he added.

‘We have to be professional, we have to go there and expect a difficult game because they will be trying to show that even though they are relegated they can beat Manchester United so we have to be ready for that.’