Still, as even this proven miracle worker himself admits, spotting a storm on the horizon is one thing. Avoiding it quite another.

‘I can already predict what’s going to happen tomorrow,’ said Vanhaezebrouck, with a glint in his eye. ‘There will be noise as soon as we come on the pitch. The crowd will be behind them. 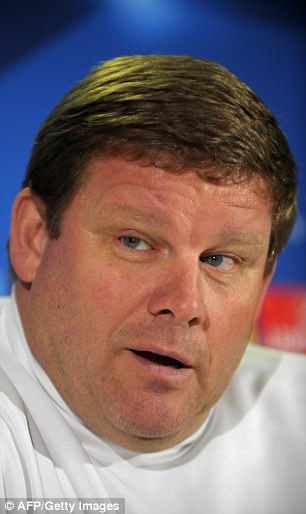 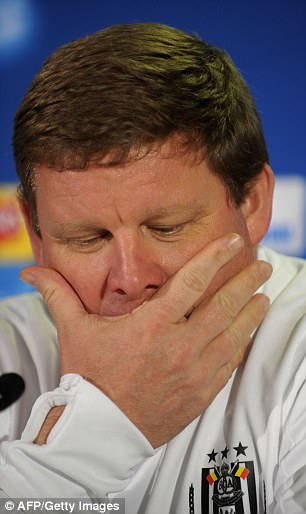 ‘And they will fly like hell. The start will be devastating. If we can survive and stay level, then maybe we stand a chance to do something.’

If points were awarded for ability to produce a colourful turn of phrase, Vanhaezebrouck would already have guided his boys safely into the knock-out stages of the Champions League.

Appointed at the start of October, by which time the damage had been done courtesy of Celtic’s 3-0 romp in Brussels, he knows that even a spot in the Europa League is the longest of long shots.

Speaking on arrival for the eve-of-match training session at Celtic Park last night, the former Gent boss made it pretty clear that even perfection from his players might not be enough to get a victory by three clear goals.

Asked outright if he believed, in his heart, that Anderlecht stand a chance, Vanhaezebrouck smiled as he declared: ‘I have a big heart. So I hope. 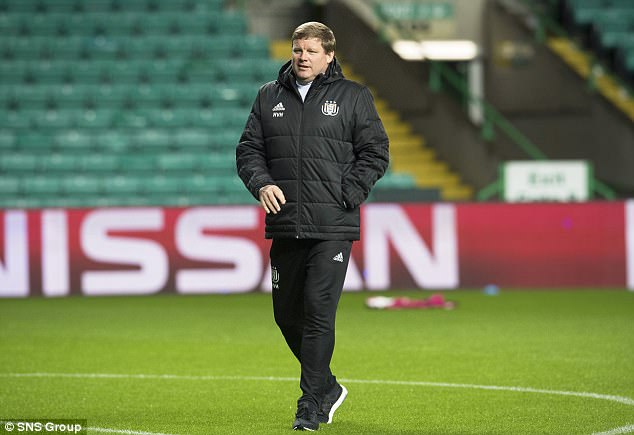 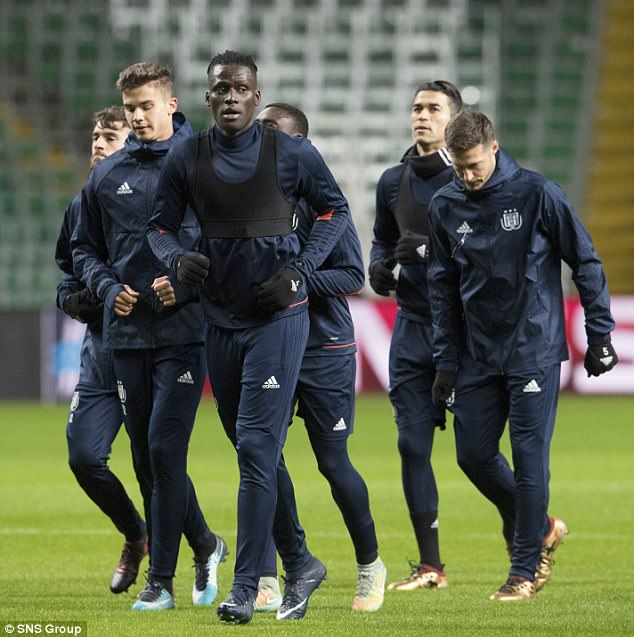 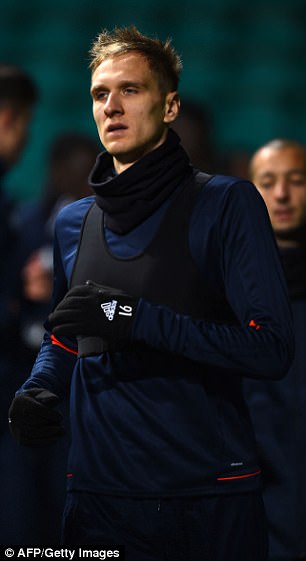 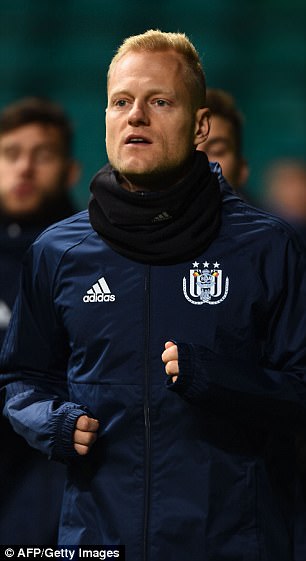 ‘But I am a realist. I know it’s going to be very difficult. We can dream but also remain realistic.

‘We must be efficient and effective. There is no secret to it. You also need a bit of luck because it will be difficult. You score goals and don’t lose goals. That’s the big secret.

‘If you make the same mistakes (as in Brussels), it is impossible to do anything.

‘But to overcome the three-goal difference to continue, everything has to be perfect – and we also need all the luck in the world.

‘So the chances are small. But it’s not our main goal.

‘I can’t go and tell the team we need to win by three goals. We have to be realistic. Aim for a win, a draw even would be a good result.’ 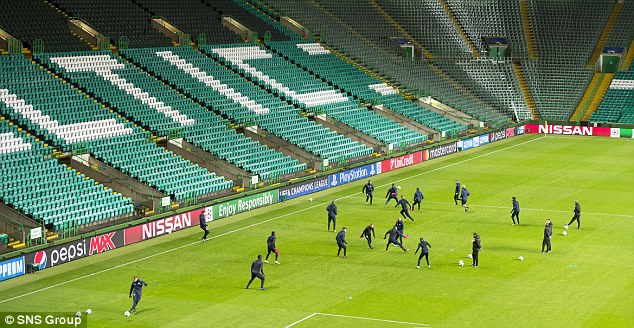 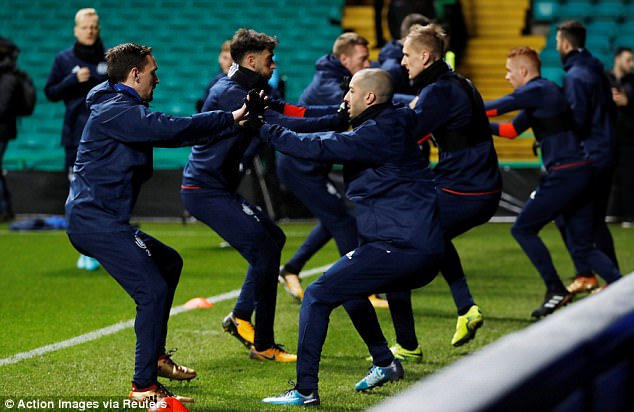 The visitors, who sit bottom of Champions League Group B, warm-up at Celtic Park 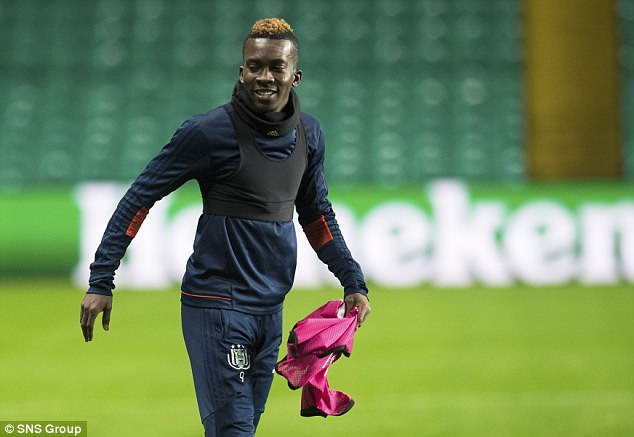 Anderlecht’s Henry Onyekuru, who is on loan from Everton, appears in good spirits

The air of defeatism is surprising in a man whose own personal reputation is built on turning around the least promising of situations. Doing the impossible is kind of his thing.

Yet a degree of perspective probably comes with the knowledge that, as a club, Anderlecht haven’t won an away fixture in the Champions League since 2005. Either he’s trying to lull Celtic into an unlikely state of complacency. Or he is just stating the blooming obvious.

Batting aside suggestions that his team should look to counter Celtic’s anticipated opening with some attacking vim of their own, he declared: ‘It’s not important to score very quickly, not important at all. 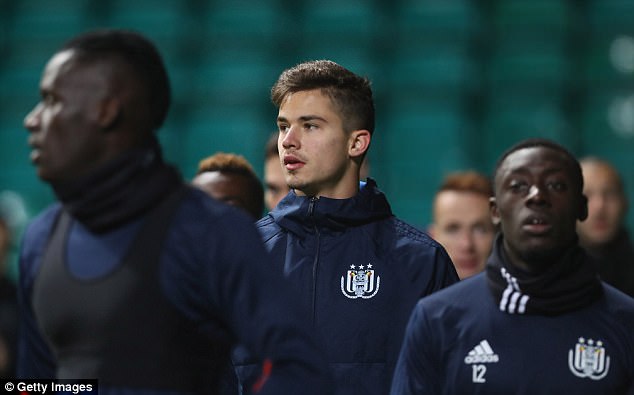 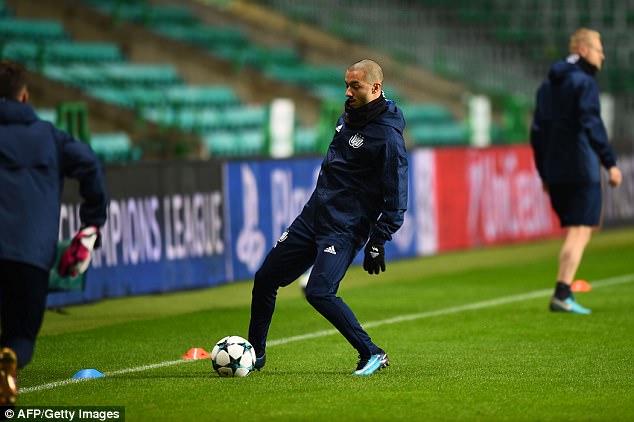 ‘For us, the ultimate thing is to score three times more than Celtic. The timing of the first goal isn’t important at all.

‘I’ve seen Celtic. They could have beaten Bayern. They had a chance to beat them. So did we. When you play against PSG, you can’t compare to that team.

‘But Celtic are still a strong team at home. Even though they won 3-0 at our place, they’re much stronger at home. 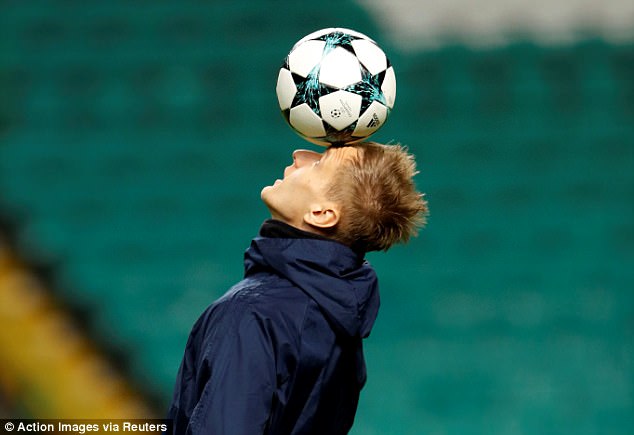 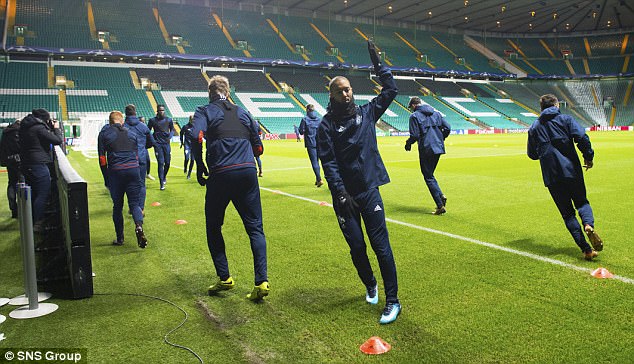 ‘So it’s a very difficult task for any team at our level to come here and take something.

‘I wasn’t there when we played Celtic. I think we play differently now. I don’t say better.

‘But this is an away game. If now we could play them in Brussels, I would say we have a good chance to win the game.

‘But in Glasgow it makes a big difference – to us and to Celtic.’