Far-right terrorist Anders Behring Breivik gave a Nazi salute in court in Norway today as he launched an unlikely bid for parole after a decade behind bars.

The 42-year-old also carried placards bearing white supremacist slogans, confirming victims’ fears that he will use the hearing in order to grandstand.

Breivik was sentenced to 21 years in jail, the harshest penalty possible under Norwegian law, for killing 77 people in a bomb and gun attack in July 2011.

Eight people died when a car bomb planted by Breivik exploded outside government offices in Oslo, and he then gunned down 69 others – most of them teenagers – in an attack on a summer camp run by the ruling Labour Party on a nearby island.

Anders Behring Breivik, the far-right terrorist who killed 77 people in a bomb and gun attack on Norway in 2011, gave a Nazi salute at the start of his parole hearing today

With a shaven head and dressed in a dark suit, Breivik made a white supremacist sign with his fingers as he entered court Tuesday, before raising his arm in a Nazi salute.

He also carried signs, printed in English, bearing slogans that said ‘stop your genocide against our white nations’ and ‘Nazi Civil War’.

Addressing the judge, Breivik described himself as a parliamentary candidate.

The Telemark court in Skien, southwest of the capital, where Breivik is serving his sentence, will hear the case this week after the Oslo state prosecutor’s office last year rejected Breivik’s application for early release.

‘Our position is that it is necessary with (continued) confinement to protect society,’ the prosecutor in charge, Hulda Karlsdottir, told Reuters ahead of the hearing.

Proceedings will take place over a maximum of four days in a prison gymnasium converted into a makeshift courtroom, with a decision expected about a week later.

Breivik’s jail term can be extended indefinitely if he is deemed a continued threat to the public, but he is also entitled to regular parole hearings to review the sentence.

If his request for release is denied, Breivik, who has changed his legal name to Fjotolf Hansen, can apply for a new probation hearing in a year’s time, Karlsdottir said.

Breivik lost a human rights case in 2017 when an appeals court overturned the decision of a lower court that his near-isolation in a three-room cell was inhumane.

The European Court of Human Rights rejected a subsequent appeal.

Breivik has shown no remorse since the killings, having used his initial trial and subsequent human rights hearings to brag about the scale of the slaughter and make Nazi salutes in court. 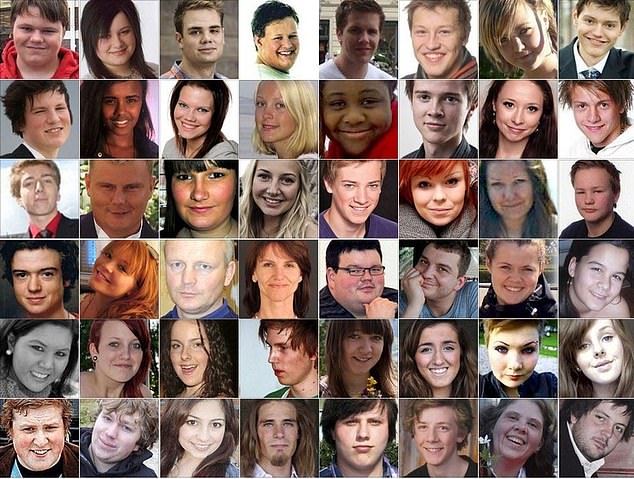 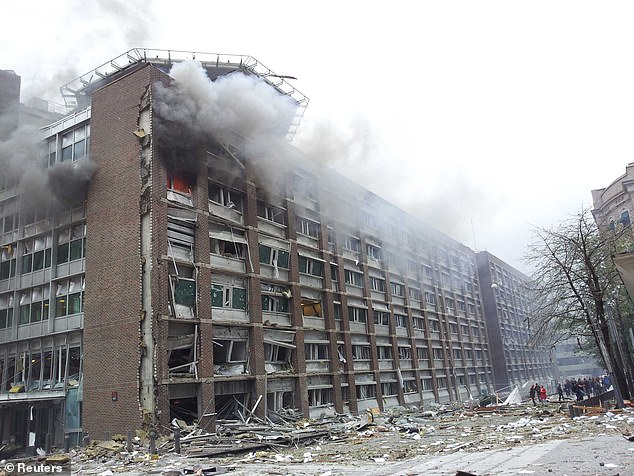 It was July 22, 2011, when, after months of meticulous preparations, Breivik set off a car bomb outside the government headquarters in Oslo, killing eight people and wounding dozens

Randi Rosenqvist, the psychiatrist who has followed up Breivik since his 2012 jailing, says ‘I can say that I do not detect great changes in Breivik’s functioning.’

‘In principle and practice someone seeking parole would have to show remorse, and to show that they understand why such acts cannot be repeated,’ she said.

She will give evidence at his hearing and submit the psychiatric report, which is typically crucial if criminals are to demonstrate they are no longer dangerous.

‘I think it is quite obvious that there still is a high risk that he will commit new crimes if he is released.’

It was July 22, 2011, when, after months of meticulous preparations, Breivik set off a car bomb outside the government headquarters in Oslo, killing eight people and wounding dozens.

He then drove to the island of Utøya, where he opened fire on the annual summer camp of the left-wing Labor Party’s youth wing. Sixty-nine people there were killed, most of them teenagers, before Breivik surrendered to police.

In 2012 Breivik was handed the maximum 21-year sentence with a clause — rarely used in the Norwegian justice system — that he can be held indefinitely if he is still considered a danger to society.

It is this clause that means he can demand a parole hearing after 10 years. And while this likely means a lifelong sentence, it also opens the possibility that Breivik can demand annual parole hearings where he can broadcast his views, says Johnsen.

‘According to Norwegian law he has a right now to go before a judge,’ said Øystein Storrvik, Breivik’s defense lawyer.

‘He emphasizes that right. And his motivation for doing so is difficult for me to have an opinion on.’ 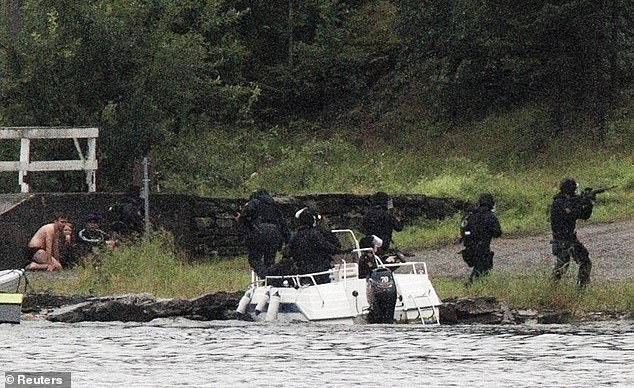 Breivik then drove to the island of Utøya, where he opened fire on the annual summer camp of the left-wing Labor Party’s youth wing. Sixty-nine people there were killed, most of them teenagers, before Breivik surrendered to police (pictured, youths hide as police arrive on the island on July 22, 2011) 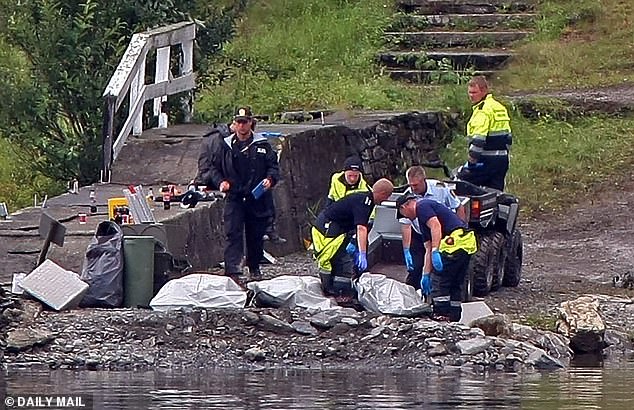 Storrvik confirmed that Breivik will call the Swedish neo-Nazi Per Oberg to speak in his defense. He would not otherwise outline the basis of Breivik’s case, but made it clear that nobody should expect contrition.

‘According to the law there is no obligation that you have to be remorseful,’ said Storrvik.

‘So it is not a legal main point. Absolutely the legal problem is whether he is dangerous.’

‘I think he is doing this as a way of getting attention. The only thing I am afraid of is if he has the opportunity to talk freely and convey his extreme views to people who have the same mindset,’ she said.

She pointed to the case of Norwegian shooter Philip Manshaus who, inspired by the 2019 New Zealand terror attacks, murdered his stepsister and attempted to storm a mosque.

Breivik has form for grandstanding to try to further his extremist goals.

During his 2012 trial, he entered the courtroom daily flashing a closed fist salute, and telling grieving parents that he wished he had killed more.

He has been trying to start a fascist party in prison and reached out by mail to right-wing extremists in Europe and the United States.

Prison officials seized many of those letters, fearing Breivik would inspire others to commit violent attacks.

In 2016, he sued the government, saying his isolation from other prisoners, frequent strip searches and the fact that he was often handcuffed during the early part of his incarceration violated his human rights.

He made a Nazi salute toward journalists during the case which he initially won, but was overturned by higher courts in 2017.

The new hearing is due to last three days, but the verdict will not be announced for several weeks.