Andorra U21 0-1 England U21: Smith Rowe spares blushes of 10-man Young Lions after Brewster sent off

The irony was that England finally won this game on the first time Andorra ventured into their box.

Dominant yet toiling against the minnows – and down to 10 men after Rhian Brewster’s harsh red card – this was looking like a potentially harmful night in the context of their Euro 2023 qualification campaign.

But from an Andorra corner, Curtis Jones galloped forward and blushes were spared with 23 minutes remaining. Jones took possession inside his own area and was off, carrying to halfway in a flash. 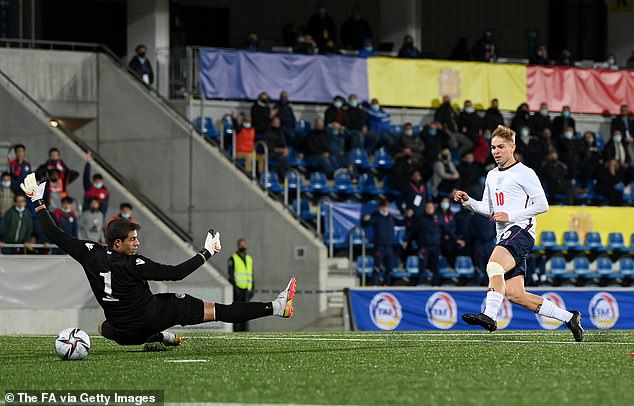 Emile Smith Rowe had kept up with the Liverpool midfielder and just timed his run, pushing the through ball clear with his first touch and using the second to roll into Rodriguez Gimenez’s far corner.

A classy break and relief for Lee Carsley because the Under 21s could ill-afford to drop points.

That looked worryingly possible as Brewster saw red 10 minutes after the break for a second booking when backing into Andorra captain Eric Vales, who fell theatrically.

‘I was really pleased with the spirit,’ Carsley said. ‘We didn’t make it easy for ourselves. We knew Andorra would be stubborn.

‘We’ve had 80 per cent possession, 15 shots and they haven’t had a shot (but) you could end up drawing 0-0. It was a great finish by Emile and excellent play by Curtis. I wasn’t surprised by Curtis’ impact off the bench.’ 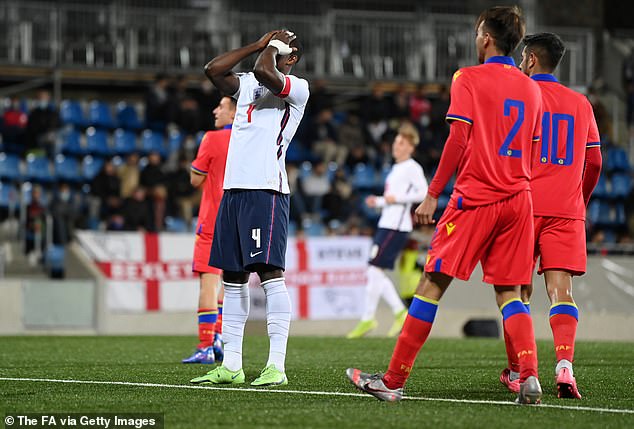 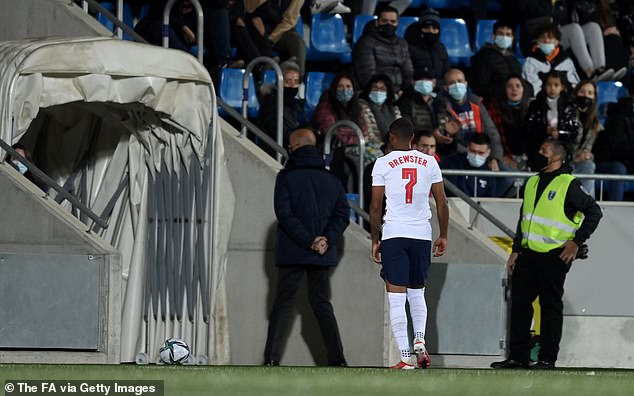 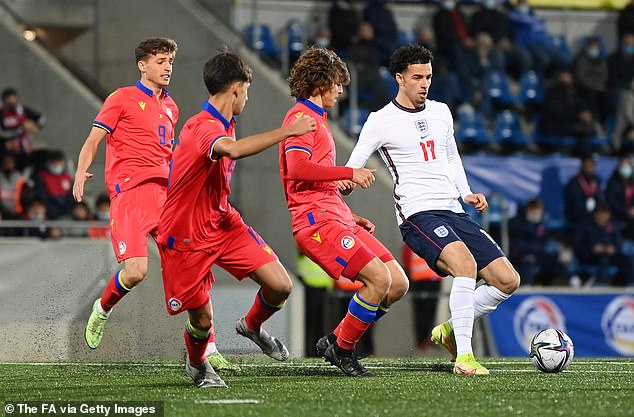