The 36-year-old American singer-turned-actress made the comments in a cover feature with InStyle, saying that playing the legendary jazz singer – who was objectified for her looks – helped give her a new understanding of femininity that she had been struggling with herself.

‘I didn’t want any element of sexualization,’ she explained, appearing to reference how she prepared to play the role of the late star.

Holiday was considered to be hypersexualized throughout her career in the male-dominated world of jazz music, and Day hints in the interview that she felt a connection with the troubled star.

‘I feel now, after playing Billie, that I’m honoring her, and the strength that is femininity,’ Day explained.

‘I’m definitely in a healthier place to enjoy that because I’m outside of the addiction, if you will. So, yeah, it’s been really fun, because it’s been very new for me.’ 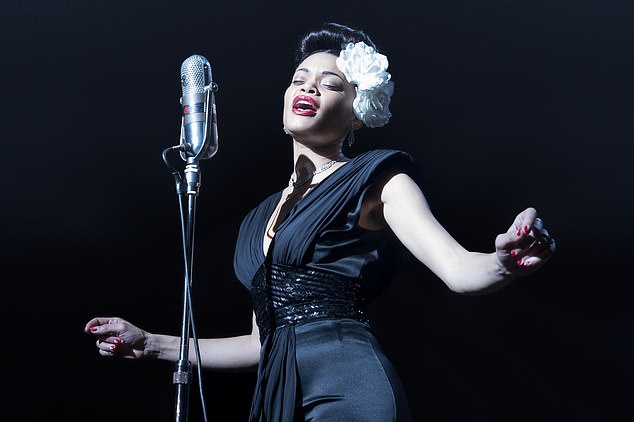 Troubled: Andra as Billie Holiday, who was Holiday hypersexualized and objectified throughout her career in the male-dominated world of jazz music

Day also spoke about 40lb weight loss for the role, saying that she did not enjoy slimming down at first.

‘I’ve had people ask me, “Do you feel prettier now that you’ve lost weight?” I was like, “Hell, no! I liked being juicy! I was cool,” she revealed.

‘Beauty takes on so many different forms, in different times and depending on the nation. It’s just about being confident, loving yourself, and understanding your value.’ 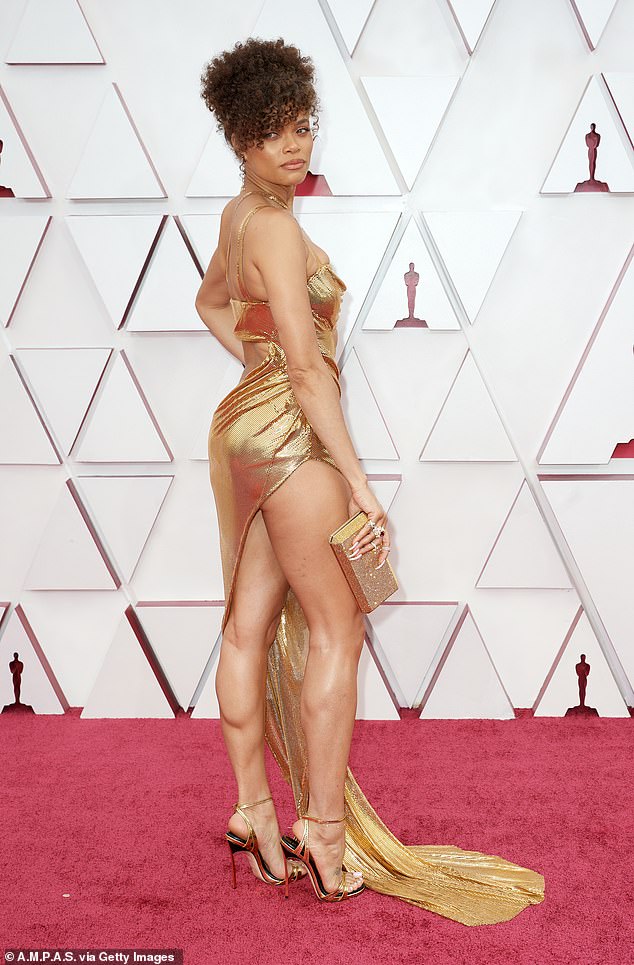 Stunning: The 36-year-old American singer-turned-actress made the comments in a cover feature with InStyle (pictured this year at the Oscars)

Day connection with Holiday was so strong, that she credits the late singer with helping her find a new inner confidence.

‘It was almost like she said, “Sis, we’re going to have to close this, because I have to survive.” She opened me up to valuing myself in a way that I hadn’t fully before.’

In March, Day revealed in a podcast that she considered retiring from acting after playing the role of a lifetime.

‘I laugh because it just seems so unreal. I feel like only God could have put something like this together. It reminds me of how much care and dedication people put into this story,’ Andra said in an interview with Variety’s Awards Circuit podcast.