ANDREA LEADSOM: After two years, Theresa May’s deal is the only way forward

Since the end of the Second World War, there have been few more momentous years in British history than 2019 promises to be.

We will be leaving the European Union, and I, like millions of others around the UK, have faith that Britain will flourish outside it.

The British people voted to leave a union that had too much say on the direction of this country, and as parliamentarians, we are responsible for delivering on this mandate.

As a proud Brexiteer, I am confident the Prime Minister’s deal delivers on the referendum result.

We should not underestimate how challenging the negotiating process has been – and how hard our negotiators have fought for the UK’s interests.

At every turn we were reminded of the things we would ‘never get’. That we were fanciful, and what we wanted did not exist. Look how far we’ve come.

The EU wanted the whole withdrawal agreement to be overseen by the Court of Justice of the EU.

But we have now agreed it will be overseen by a political joint committee and, if that fails, an independent panel.

We were told the divorce bill would cost us more than £100billion, but we have agreed to pay less than half of that, between £35billion and £39billion, much of which is to secure an implementation period – something UK businesses and citizens wanted.

The EU’s proposal for a backstop would have split the UK’s customs territory, threatening our United Kingdom – but the deal has maintained the integrity of our four nations.

The EU said we would not be able to share security capabilities as a non-member state without free movement, and outside of the Schengen area.

But the political declaration makes stronger commitments than the EU has with any other non-member state – something that is clearly in all of our interests.

These are profoundly important achievements we were told were impossible. But in the face of fierce opposition from some in the European Commission, and at home from those willing her to fail, these are things the Prime Minister has achieved.

Her deal takes back control of our borders, our money and our laws. It provides greater trading opportunities for our fishermen and farmers, ends free movement, makes immigration fair to the whole world as well as to our own people, and ultimately gets us out of the single market and customs union. 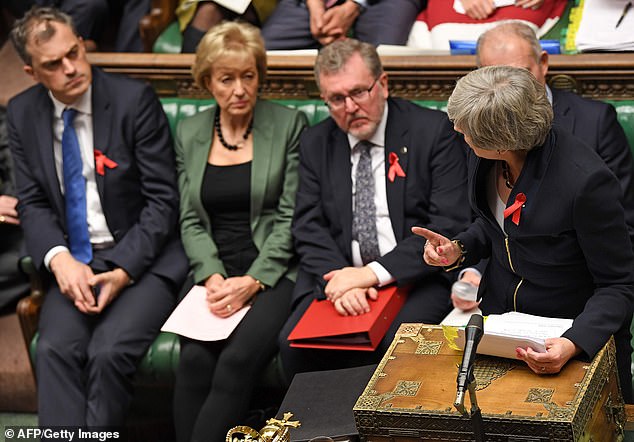 Particularly when we look at the alternatives, it is the best available compromise for the UK. So the Prime Minister is right to go back to the EU to seek legal and political assurances on the backstop. This is worth fighting for, if it delivers a deal we can all get behind.

The free trade area negotiated by the Prime Minister is a key marker of this deal’s success.

Nobody wants to see tariffs, fees or restrictions applying to essential goods.

The EU is our biggest trading partner, and there is no doubt that continuing the freest possible trade with our European friends and neighbours is in the UK’s interests.

The deal is by no means perfect, but after two gruelling years of negotiations, it will result in the UK as the only major economy with such an open and cooperative relationship with the EU.

Vitally, the Prime Minister’s deal means we will in future be able to strike trade deals with countries right around the world.

This provides the UK with huge economic opportunities. Developing economies around the world have expressed a keen interest in building closer ties with Britain, and this deal will enable us to tap into these emerging and fast growing markets.

After thousands of hours of negotiations over the past two years, all of us in Parliament now face a choice.

We can come together to support this deal, or we can throw the negotiations back into limbo and undermine our democracy.

Should that happen, I know many will be demanding a second referendum and/or an extension to Article 50. I will fight tooth and nail against any such outcome. The people spoke in 2016, and Parliament must deliver.

I hope we can all come together in the national interest to back this deal. The country wants us to get on with it, and I look forward to voting to do just that.