Andrea McLean was left red-faced on Good Friday when she swore live on Loose Women when talking about an ex-boyfriend who bodyshamed her.

The panellist, 49, made the gaffe during a discussion about whether or not the hosts – and guest Michael Ball, 56, – still fancied their partners and Andrea couldn’t believe her professionalism had momentarily slipped.

Andrea had launched into a story about her ex-partner buying her rice cakes because he thought she needed to lose weight when she made the gaffe.

Oops! Andrea McLean 49, accidentally swore on Loose Women on Friday when talking about an ex-boyfriend who had told her she needed to lose weight

She said: ‘My moment came when this person came home with the shopping and said “You may have noticed I bought rice cakes because I mean, look at the size of your a***.’

The panellist gasped and covered her mouth with her hand, exclaiming: ‘Oh, I’ve said that word! I mean bottom!’

She quickly brushed off the faux pas as co-hosts Coleen Nolan, Stacey Solomon and Saira Khan laughed at the mishap. 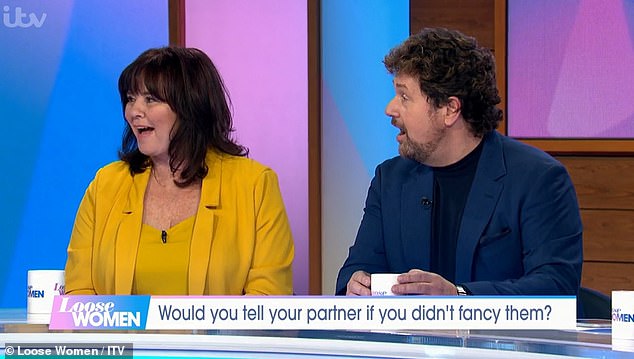 Slip up: Coleen Nolan and guest, singer Michael Ball were both shocked at her slip of the tongue 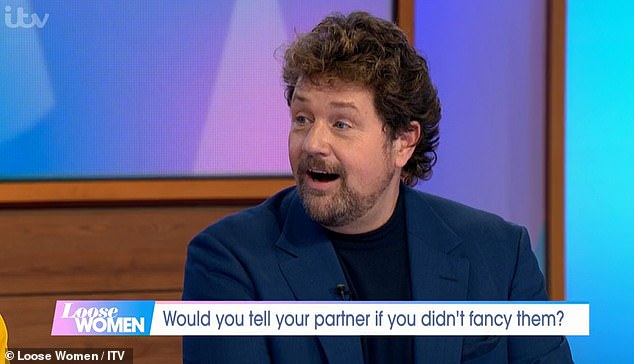 Moving on: Michael giggled as Andrea tried to brush off her mishap, remarking that she’s usually ‘so professional’

Andrea said: ‘I’m not with that person anymore. I’m so professional I can’t believe I said that word! Crikey!’

Coleen added: ‘No matter that, I hope you binned the rice cakes!’

The host’s language slip up shocked some viewers who took to Twitter to discuss Andrea’s momentary lapse.

Viewers: Her slip up shocked some viewers, who took to Twitter to discuss the host’s momentary lapse

Another added: ‘Well that’s made my day. @Andrea_McLean slipping up by saying “A***” on Loose Women #WhataBeaut’.

And a third said ‘Andrea McLean says a naughty word’ followed by the crying laughing emoji.

Earlier in the show, Stacey and Coleen had clashed over whether it’s OK to call yourself beautiful. 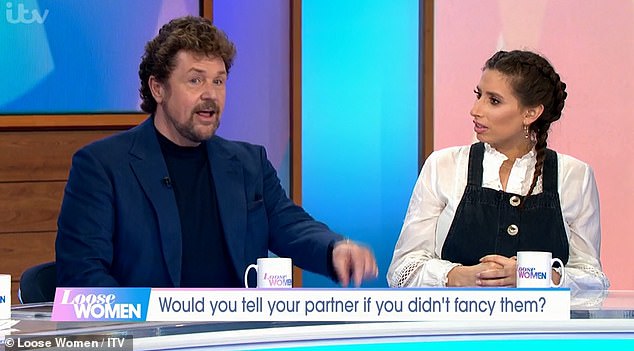 The outspoken pair were split over the subject, which became a hotly-debated topic on this morning’s panel.

Former X Factor star Stacey, 29, argued that everyone should be encouraged to feel and express self confidence.

However Coleen, 54, disagreed, claiming that people shouldn’t be encouraged to be ‘arrogant’ and that ‘declaring yourself beautiful makes you ugly’ 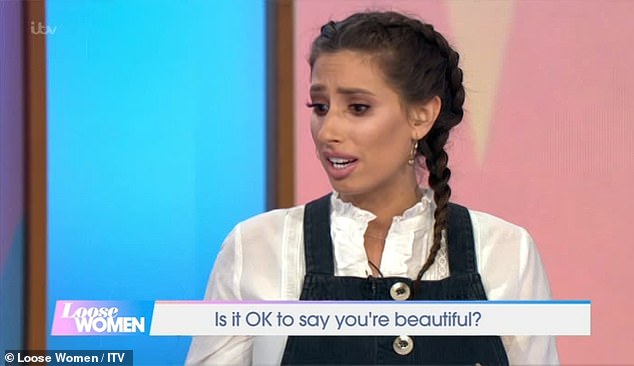 Something to say: Earlier in the show, Stacey and Coleen had clashed over whether it’s okay to call yourself ‘beautiful’