Former Fox News host Andrea Tantaros has filed a claim against Roger Ailes’ estate in an attempt to secure a payout if she wins two sexual harassment lawsuits against the late media magnate.

The 39-year-old former co-host of The Five filed the claim against the former Fox News CEO in Palm Beach, Florida, according to the Miami Herald.

The claim’s sole purpose is to alert the judge in charge of administering Ailes’ estate of two lawsuits she’s already filed against Ailes, Fox News and others. 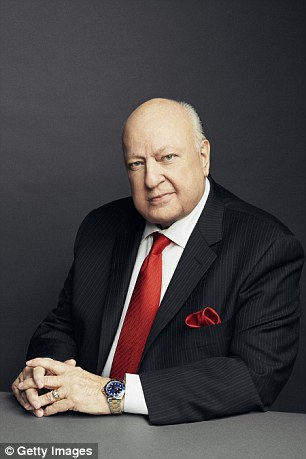 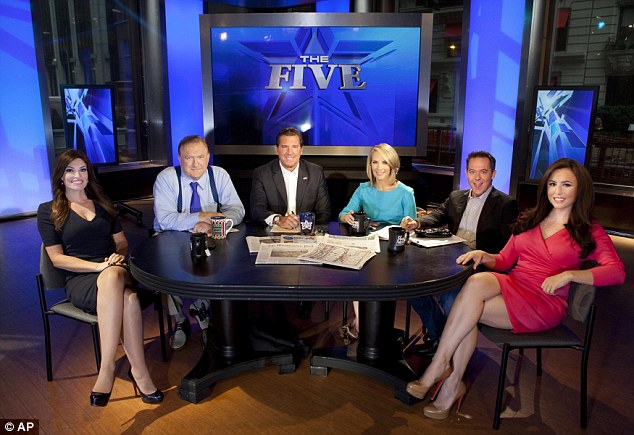 Tantaros alleges that she was a victim of systemic sexual harassment as a Fox News employee. She is pictured on the far right during her time as co-host of The Five

Ailes died last May at age 77 after a fall at his home in Palm Beach. He left an estate believed to be worth as much as $100million.

His widow Elizabeth Tilson has already hit back at Tantaros’ claim, filing a petition that alleges the time to file against the estate ran out on November 15, the Miami Herald reported.

Among the claims are allegations that Ailes monitored Fox News offices, including one where the female talent changed clothes, through a closed-circuit television network.

Tantaros was asking for $50million from the network, Ailes, and others in her first lawsuit, but the recently filed claim does not specify how much money it involves.

She claims Ailes, Bill O’Reilly and former Massachusetts Senator Scott Brown, among others, made ‘unwanted sexual advances’, adding that network executives condoned the harassment and even participated in a smear campaign against her. 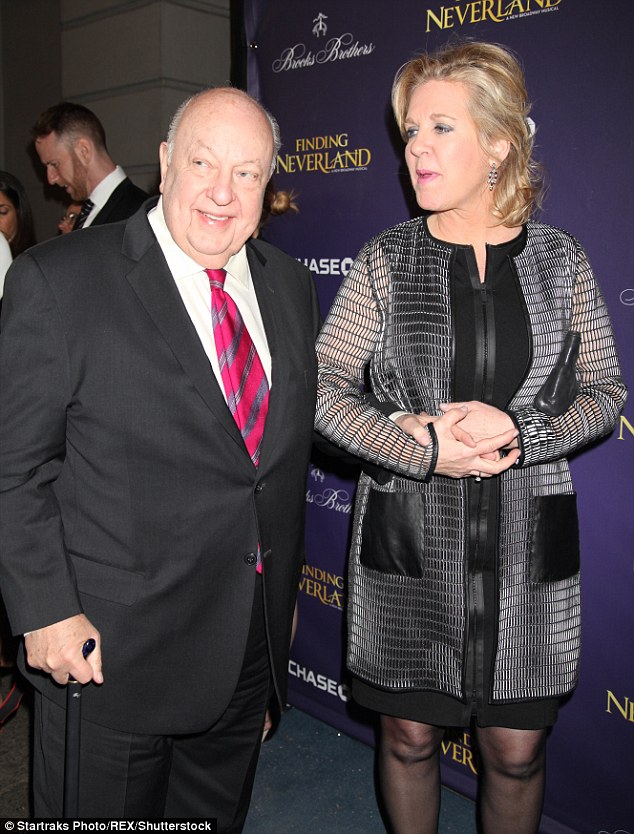 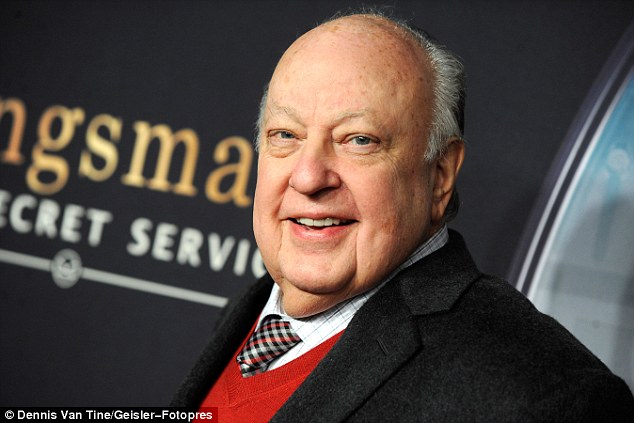 Ailes died last May at age 77 after a fall at his home in Palm Beach. He left an estate believed to be worth as much as $100million

Tantaros alleges that after multiple complaints about sexual harassment to executives at Fox she was taken off the air in April of 2016, just as she was to begin promotion of her book.

One of the lawsuits against her former employer states that certain executives at the cable news network were ‘continuing to emotionally torture Ms. Tantaros into giving up her claims that she was sexually harassed by Ailes and Bill O’Reilly … through illegal electronic surveillance.’

That ‘surveillance’ according to the filing involved ‘the hacking of her personal computer’ and ‘the use of “sockpuppet” social media accounts to stalk Ms. Tantaros.’

Those lawsuits, filed last year in New York City, have not yet been decided on. Tantaros has said she refused a $1million settlement offered by the network because she wants a change in culture.

‘They wanted to guarantee my eternal silence which was never going to happen,’ she said on Good Morning America.

The network fired back after the first lawsuit was filed, saying Tantaros, ‘is not a victim, she is an opportunist’ who is only trying to ride the coattails of Gretchen Carlson’s case against Ailes and Fox.

Former Fox News employee Gretchen Carlson was reportedly paid $20million to settle a sexual harassment case against Bill O’Reilly. She eventually inspired multiple other women to speak out about a culture of sexual harassment at the network. 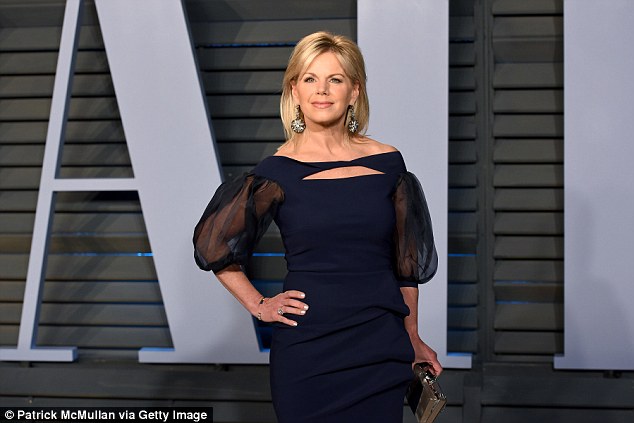 Fox News has said Tantaros, ‘is not a victim, she is an opportunist’ who is only trying to ride the coattails of Gretchen Carlson’s case against Ailes and Fox 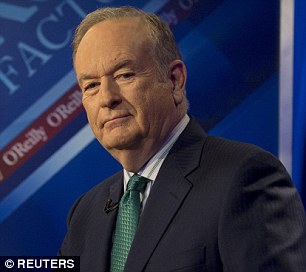 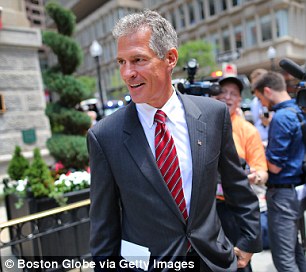 O’Reilly was fired in April 2016 and Ailes stepped down from his post as CEO two months later following multiple accusations, including claims from Megyn Kelly.

Tantaros joined Fox in 2010 as a political correspondent and a year later in 2011 was named as one of the co-hosts of the popular Fox News show The Five.

She claims in her original lawsuit that she was told to wear skirts while appearing on air because ‘Roger wants to see your legs.’

Things took a turn in 2014, however, when Tantaros was moved off The Five and on to the less watched Outnumbered.

The move came after a meeting with Ailes in which Tantaros claims the former CEO told her to turn around ‘so I can get a good look at you.’ Because she refused, according to Tantaros, she was demoted to a less-watched news program. 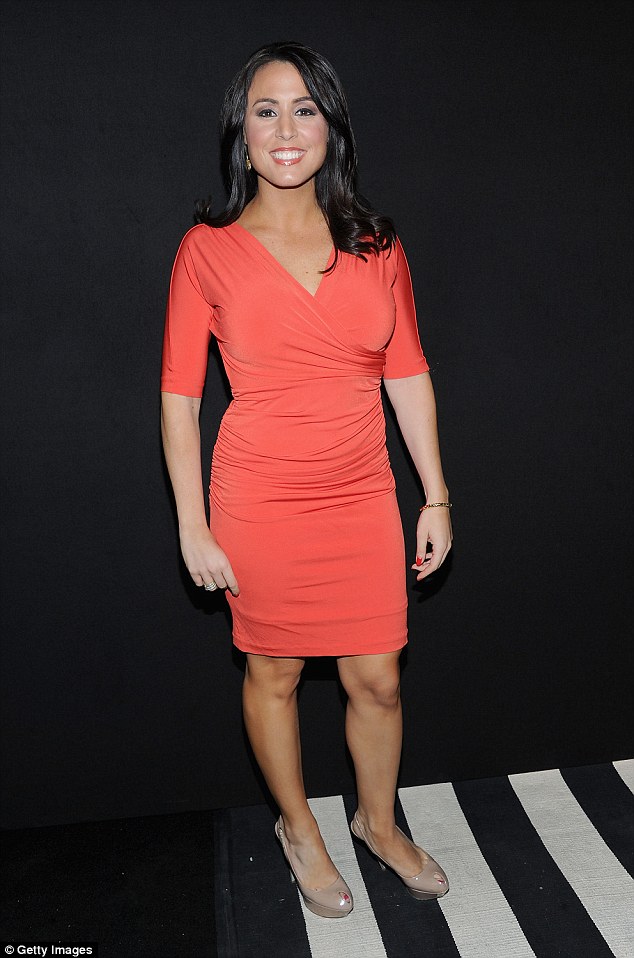 Tantaro also claims that Ailes once asked her to perform ‘the twirl’ for him, said ‘come over here so I can give you a hug’ and told her ‘I bet you look good in a bikini.’

It was while she was hosting Outnumbered that Tantaros claims that former Massachusetts Senator Scott Brown began to sexually harass her after appearing on the program.

Despite complaining, the network continued to book Brown on the show, claims Tantaros.

Brown has denied the claims.

Tantaros has also said O’Reilly invited her to his Long island home to stay with him, telling her it would be ‘very private’, she claims in her lawsuit, and that he could ‘see [her] as a wild girl’ and that she had a ‘wild side.’

‘Ailes did not act alone,’ claimed Tantaros in her lawsuit.

‘He may have been the primary culprit, but his actions were condoned by his most senior lieutenants, who engaged in a concerted effort to silence Tantaros by threats, humiliation and retaliation.’

FIRST CAUSE OF ACTION: SEXUAL HARASSMENT

– Tantaros seeks no less than $5 million in damages for lost income and mental anguish as a result of the unwanted sexual harassment from Roger Ailes.

SECOND CAUSE OF ACTION: RETALIATION

– Tantaros seeks no less than $5 million in damages for lost income and mental anguish for being subject to ‘adverse actions’ by all defendants in the case when she reported being harassed by Ailes.

THIRD CAUSE OF ACTION: SEXUAL HARASSMENT

– Tantaros seeks no less than $5 million damages for lost income and mental anguish and punitive damages of $10 million for the ‘illegal conduct perpetrated by Fox News and Ailes’ and for acting with ‘with malice and reckless indifference to [her] rights.

FOURTH CAUSE OF ACTION: RETALIATION

FIFTH CAUSE OF ACTION: RETALIATION

– Tantaros seeks no less than $3 million damages and punitive damages of $6 million for Fox News and the defendants interference with the promotion of her book.